The mural at Patterson station that I noted some time ago has now been completed and officially opened.

It includes a rather neat mosaic version of the Metro logo: 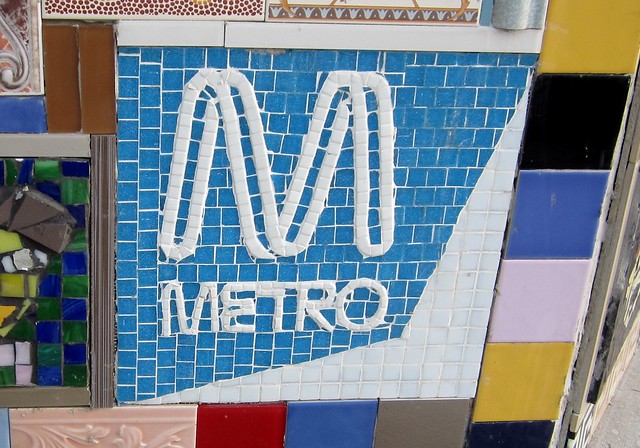 More faces contributed by (mostly) local community groups and schools have been added. Note Bender from Futurama in there. 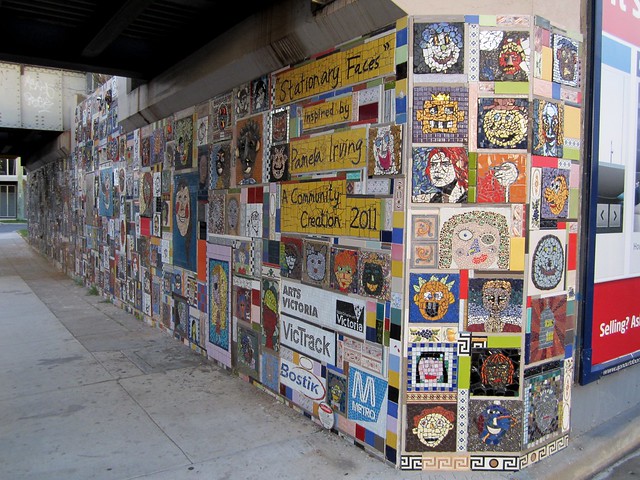 Apparently they got sponsorship from Bostick for sticking everything to the walls! 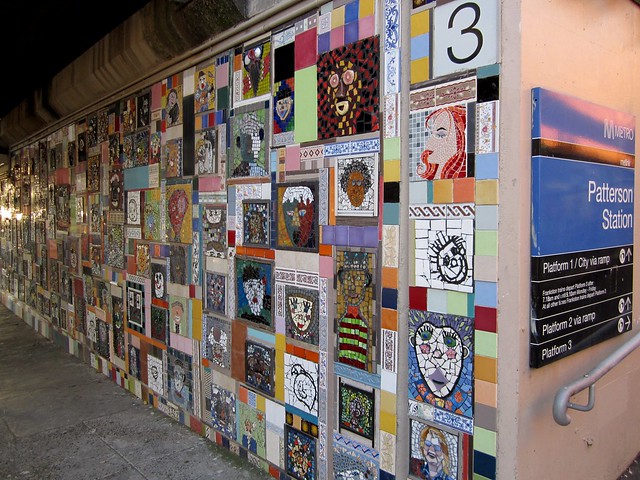 It certainly brightens up what was a dreary old underpass. Well done to Pamela Irving, who organised the project.

It’s a great idea and it looks good, but unfortunately it’s just a matter of time before some louts either smash it up or paint it

What a great idea – looks very alive!
I really hope that Bostick didn’t give them Blu Tack as part of their sponsorship deal.

Looks great! Can’t believe how long it took me to find Bender in all that…

Thanks for including the project in your blog Daniel!
cheers Pamela

Its a brilliant project and congrats to all involved. I’ve been using the station for a long time and graffiti was just depressing…this is a wonderful solution and I think will hopefully last a long time without any idiots messing it up…