Peter Martin in The Age yesterday, on driverless cars:

Imagine studying, reading books, watching TV, sleeping or (legally) playing with your mobile phone on the way to work. Whichever way you look at it, the freed-up time will boost productivity.

Wait a minute, thousands of us do that stuff every day by catching public transport to work. 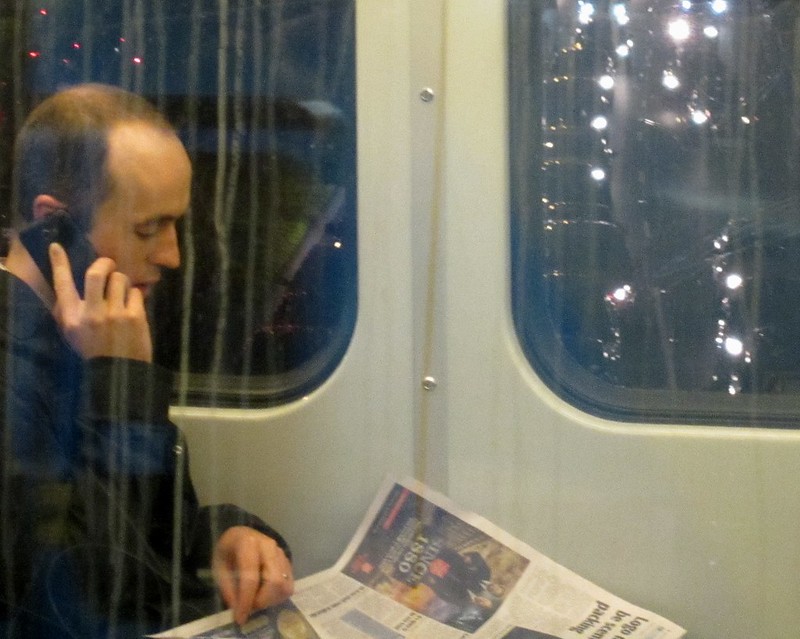 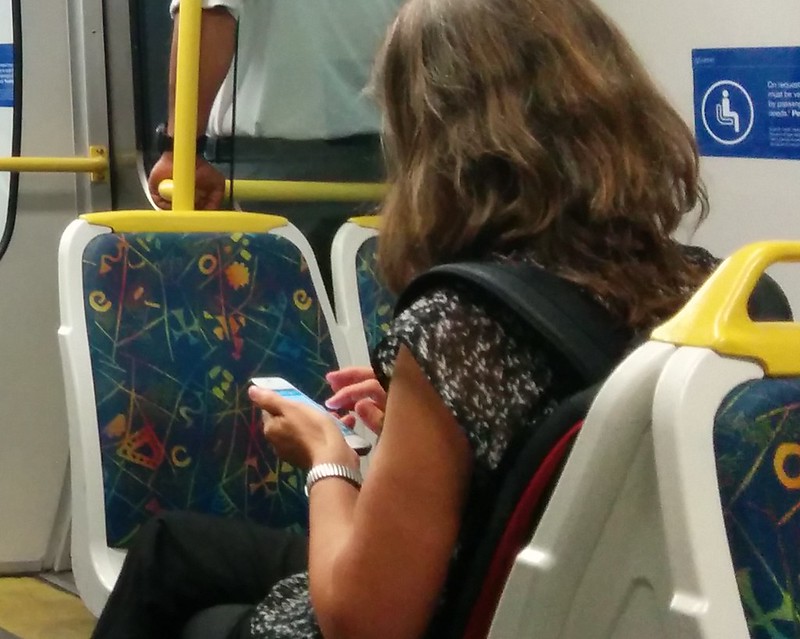 Even when it’s crowded and you’re standing, it’s generally possible to steady yourself with one hand and play with a mobile phone with the other.

Oh, and pardon me for being a little cynical, but I suspect the technology has a way to go yet given reports that it still relies largely on highly detailed mapping data rather than actually being able to “see” what’s in front of it:

But the maps have problems, starting with the fact that the car can’t travel a single inch without one. Since maps are one of the engineering foundations of the Google car, before the company’s vision for ubiquitous self-driving cars can be realized, all 4 million miles of U.S. public roads will be need to be mapped, plus driveways, off-road trails, and everywhere else you’d ever want to take the car. So far, only a few thousand miles of road have gotten the treatment, most of them around the company’s headquarters in Mountain View, California. The company frequently says that its car has driven more than 700,000 miles safely, but those are the same few thousand mapped miles, driven over and over again.

The article also notes the risk of maps being out of date, of not being able to “see” a temporary traffic light because it’s not mapped.

Of course, computing power is improving by leaps and bounds all the time, but I wouldn’t be holding my breath on this.

Nor should we assume that driverless cars will solve traffic problems (especially if having delivered you, they drive home again to a parking space) or pollution problems (which are down to the nature of the engine and its fuel).

And anyway, has anybody actually tried to work in a moving driverless car? Are they really smooth, or — even if you’re able to take your eyes off the road — is travel sickness a risk?

4 replies on “Productivity while travelling”

“I have to admit, I can’t read for long on a bus”. Yes, absolutely. When Metro puts on replacement buses I soon get nauseous reading my book and have to stop. Annoying!
Regarding mobile phones, I’d much rather commuters used their phones (legally) in their cars than on my train. A short call “Mum, I’ll be at Gardenvale in 5 minutes” is OK, but who wants to hear the details of someone’s hysterectomy for half an hour?

Did you notice the bit where he told us that disabled people are unproductive? That should get some attention.

@Philip, yeah I didn’t focus on that, but the implication that the disabled aren’t productive is just plain wrong… in fact it could be read as also implying that anybody who can’t or doesn’t drive isn’t productive.

It’ll also make previously unproductive people productive. Disabled Australians (especially the blind) and those above driving age will be able to command cars.

People who live a long way from work will no longer have to endure hours of anguish.

Sure they will. It’s a ride, it’s not a teleport.

I cant read for long while in motion. Furthermore I like to look out of the window and see what goes past it.

Someone who does not drive, I am with you Daniel. While I am not disabled, I know of a large quantity of very productive people, from those of who are in a wheelchair, to people who are blind and deaf too. While the types of tasks may be limited slightly, there is no doubt that all people can be just as productive in one way or another.

Re what Roger said. I was on a ride on the Bacchus Marsh short workings two weeks ago, on the return, was a woman who was shouting into her phone, so everybody could hear every word. Clearly someone was doing something funny with her mailbox, she knew who it was, and was in a very bad mood about it. Heading into Sunshine to meet her brother, who she hopes would come and sort ‘her neighbour out’.

The Driverless cars. I do not like them. At the very least, there needs to be a big red ’emergency stop’ button. One press, and it automatically shuts down the computer and stops the car.

The irony is a productivity issue two weeks ago with someone. I got onto a train at my local Narre Warren, bound for my first daytime ride on a via Tarneit train. A lady got on with luggage in the door in front of me. Soon after, she asked for directions to Glen Waverly. She wanted to get off at Dandenong and get a bus from there. But I advised her ‘No you should get off at Springvale and get the 902’. There is a bus semi direct from Dandenong to Glen Waverly, the #850. But I am not sure if it goes hourly like all other ex Grendas routes. At least it would take her longer in travelling time.

I forget what order things happened, but she said something about, the Boronia bus which goes from Dandenong. I was not in the mood to correct her, there is no bus direct to Boronia from Dandenong.

She even doubted my advice on needing to catch the #850 if she wanted to change at Dandenong.

She wanted to know how much further she would need to be on the train to change at Springvale. Lucky a map was on the wall right in front of me, for a guess of a few stops was just not good enough for her.

She asked me how far it is from Springvale to Glen Waverly, demanding me to know the exact distance in KMs. Need I say, I do not have a clue. She gave the impression that Springvale could not be correct, she believing it to be way out of her way.

She doubting me, asked a gentleman who sat behind me, who said the same thing.

The gentleman sitting behind me said he had walked the distance along Springvale road, and only took 10 minutes.

As we got to Dandenong, she spoke to the person on her mobile phone, sound of fustration in her voice, saying I am getting off here, I am not getting any help here, as she was getting of the train at that very spot.

The whole time she had a mobile phone to her ear too.