Another in my series of photos from ten years ago…

This month almost everything (bar some family snaps) was transport-related. Not that there’s anything wrong with that.

The south end of Elizabeth Street. Hasn’t changed much apart from, as with the rest of the city, being busier with pedestrians, and that particular tram stop has gone. And the trams are no longer in the livery some dubbed “battleship grey”. 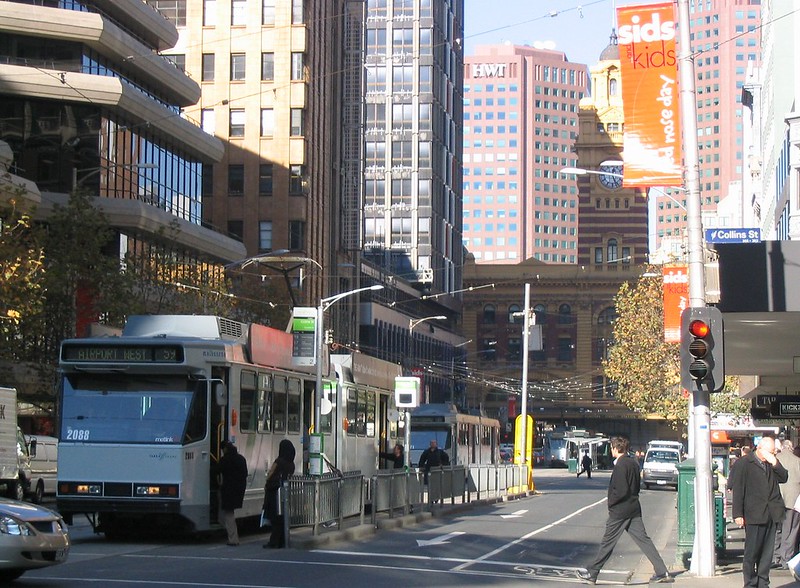 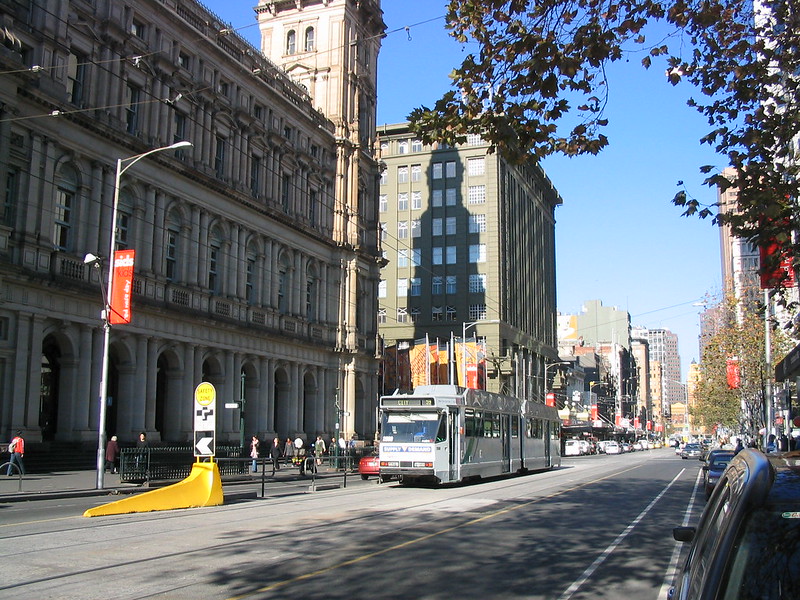 Bourke Street Mall, probably several makeovers ago. Note the Rockstar INXS advertising… I seem to recall that was a reality TV show at the time. Doesn’t the Bradman’s sign look old fashioned! Here’s the same spot today — it’s still there. 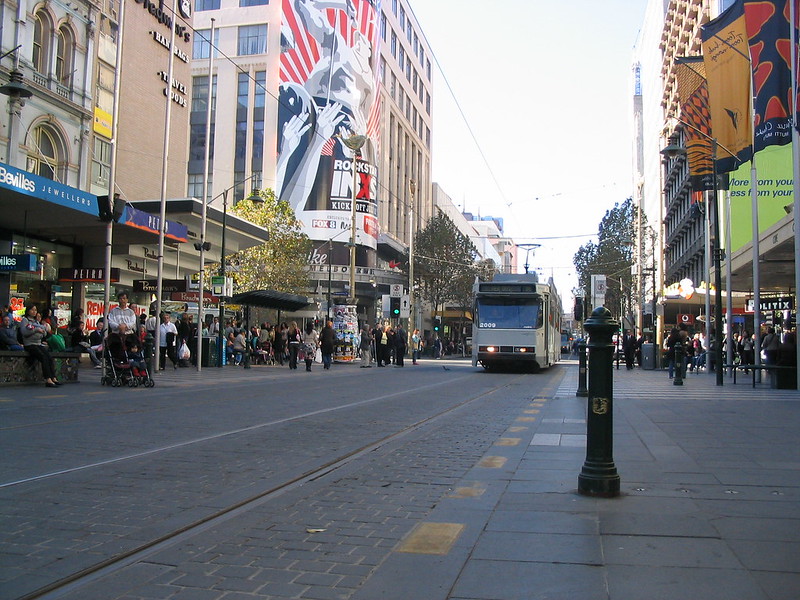 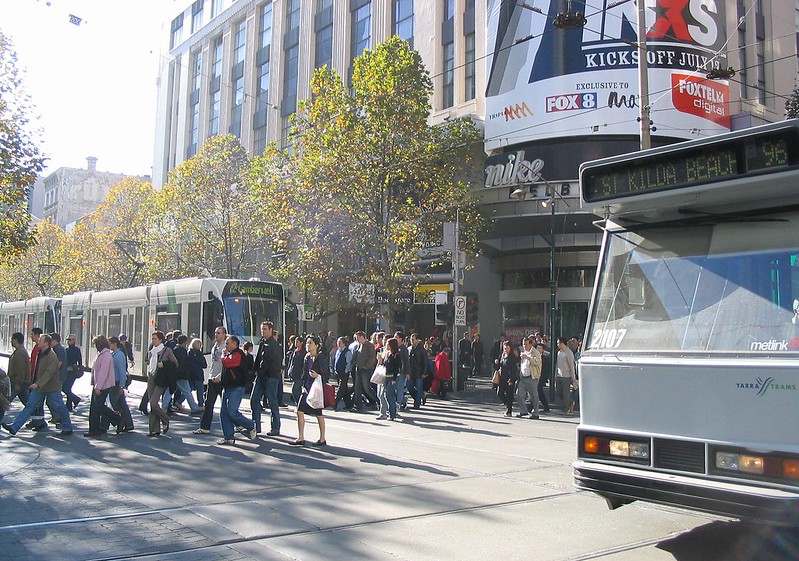 Glenhuntly station in the fog. I was a regular there back then. 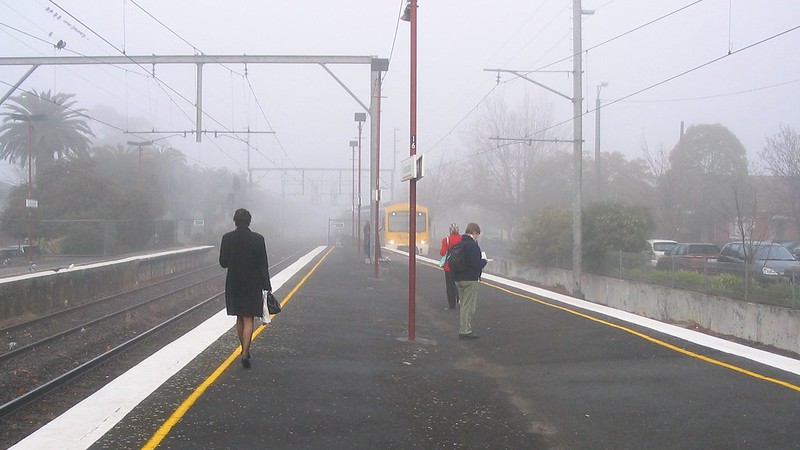 Flinders Street Station (at Elizabeth Street) at night. Way down in the bottom-left of the picture you can see the Metcard barriers. 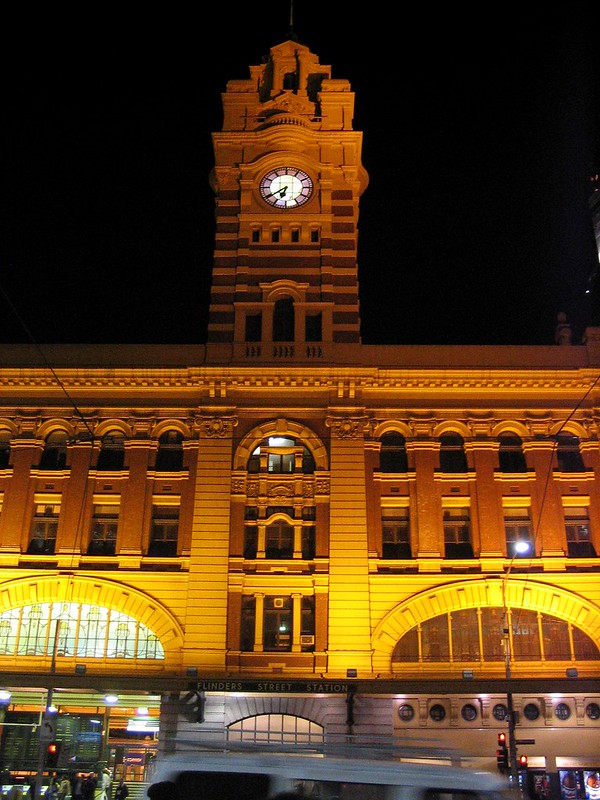 And finally, a Werribee line train (in those yeuchy Siemens pre-Connex colours) awaits departure from Flinders Street. This photo ended up being the subject of some Photoshopping to put Rowville and Doncaster and other proposed destinations in the display, for PTUA campaigns. 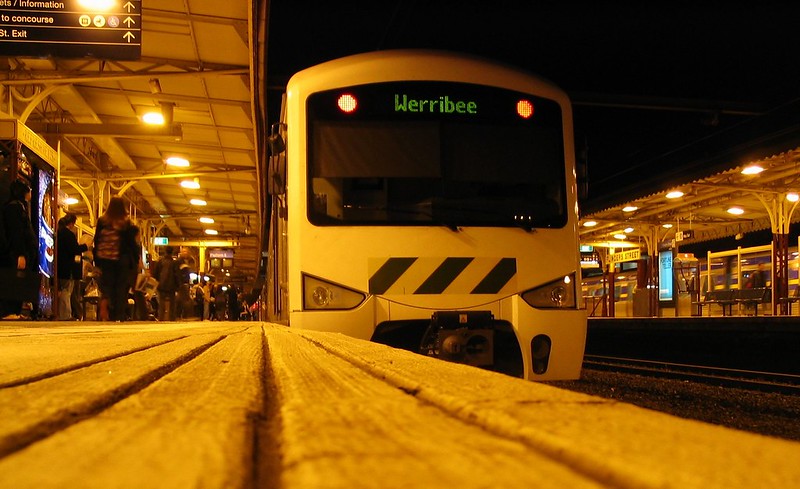 Also in June 2005: A full (off-peak) shutdown of the rail network after water leaked into the control room — an incident with similarities to yesterday’s full (peak) shutdown due to water leaking into a fire alarm system.