Another batch of photos from ten years ago: January 2004.

My old kitchen in the house I rented in Carnegie for two years, with the horrible lime green bench tops. Also showing old toaster, the old milk I used to buy, an old land line phone (now plugged into the VOIP modem/router) and the kettle — at the time, shiny new (I’d got it for Christmas), and still in service. 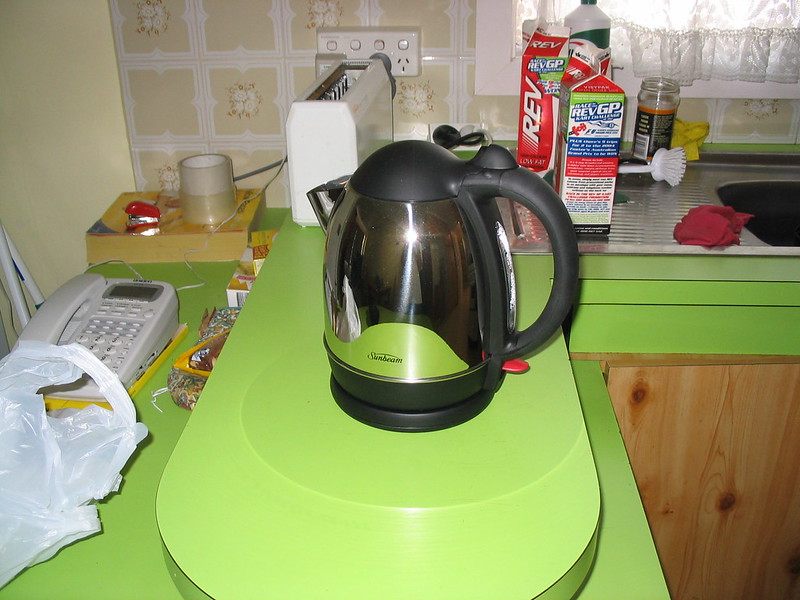 Degraves Street in the city. Hasn’t changed much. 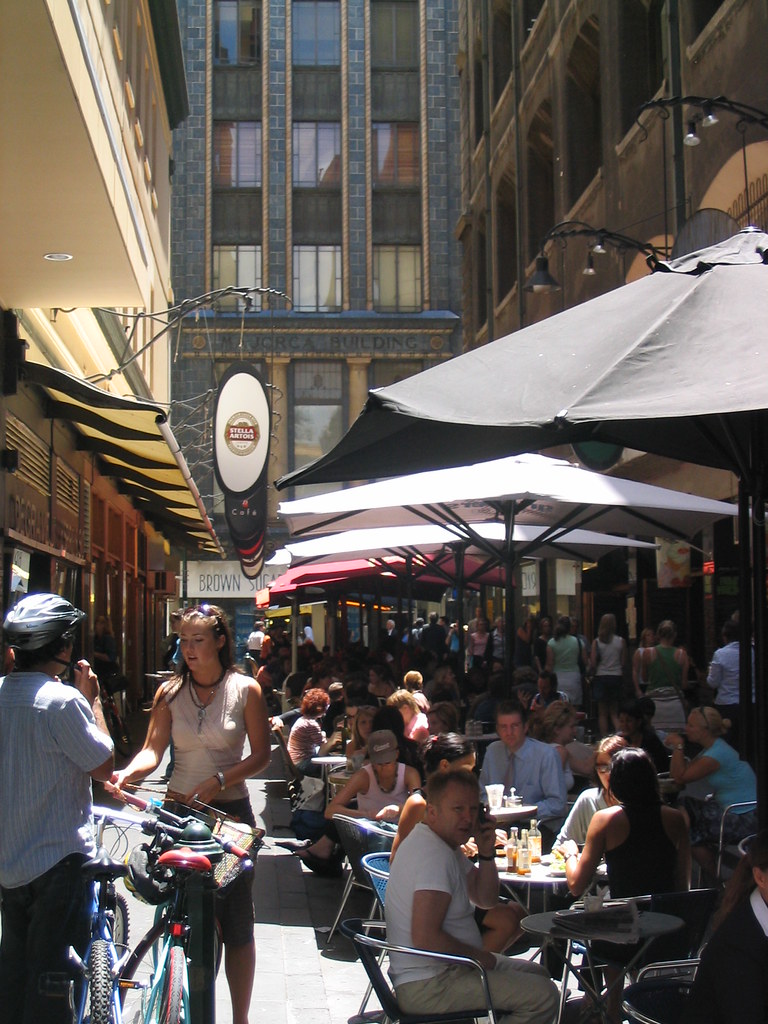 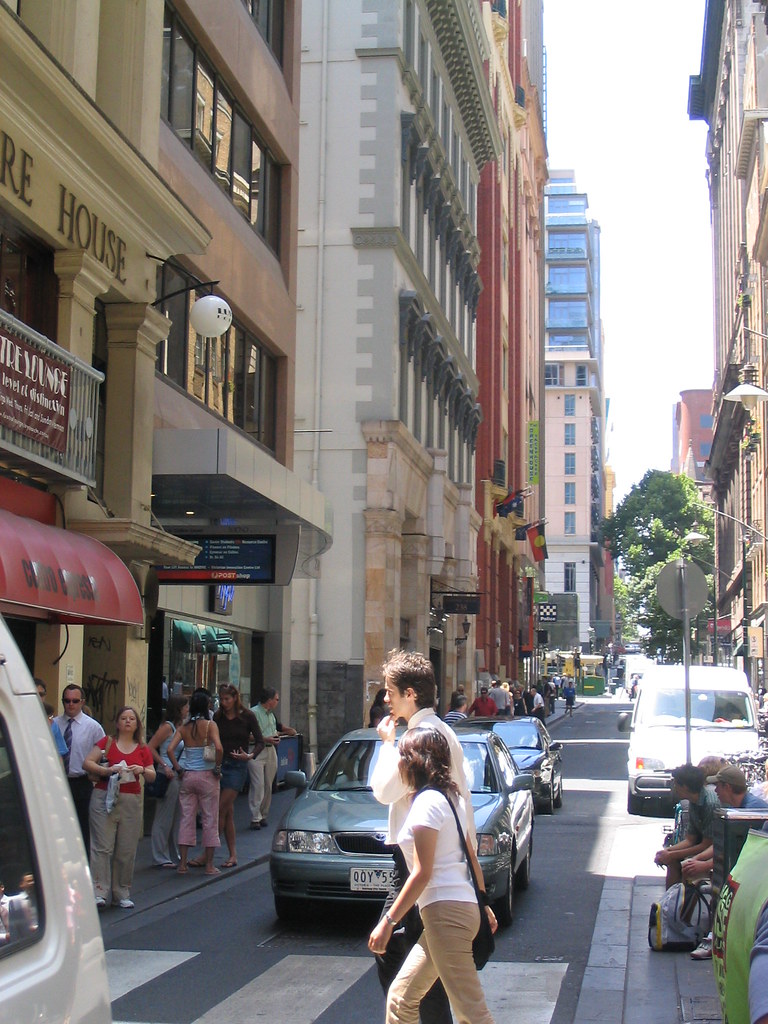 Ditto Centre Place, though these days at lunchtime on a sunny day it seems much busier. (I originally posted this pic back then.) 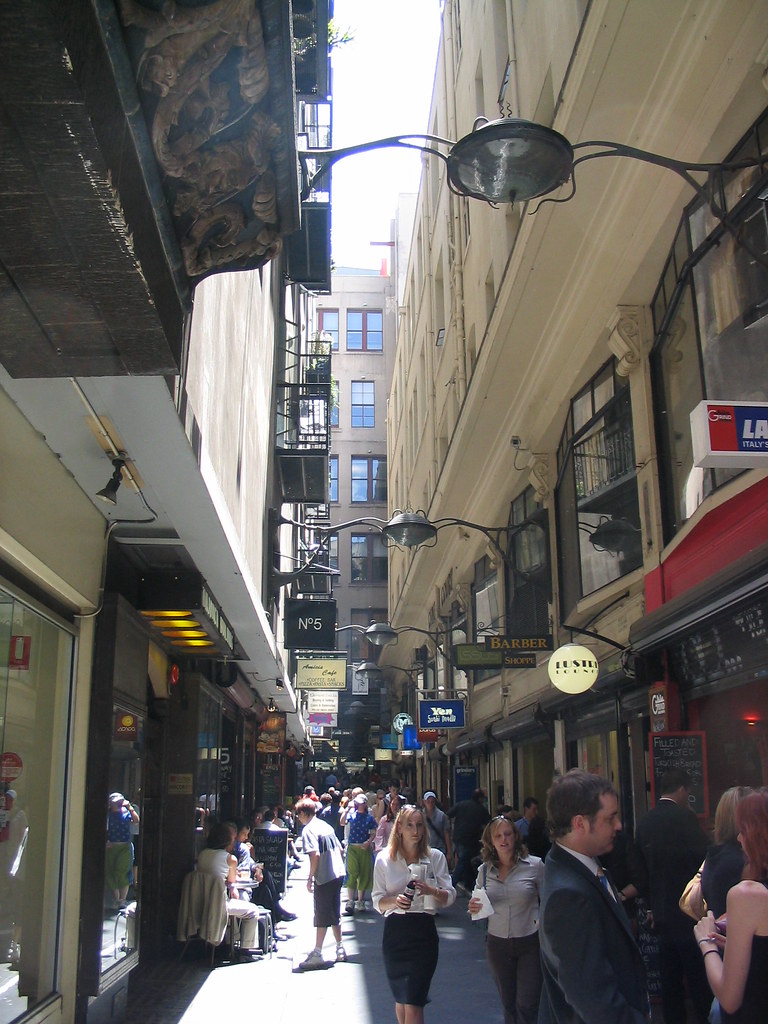 City skyline from Quarry Park in Footscray, looking down the Maribyrnong. Pre wheel.

I’ve also got a massive camera stitch pan from the same spot. Well worth a look.

Same spot, Maisie the Dog looks down on the just-started Edgewater Estate. Today that area is full of houses. 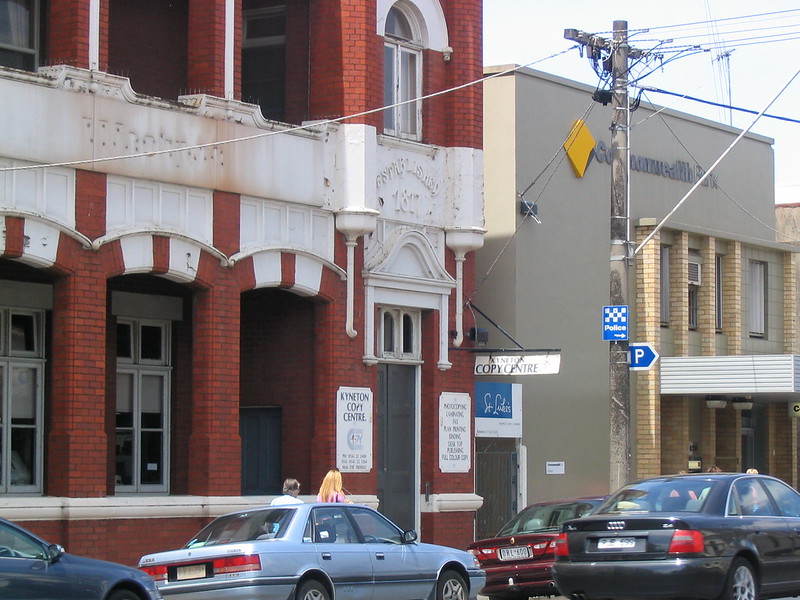 Compare to a more recent pic from Google Streetview, which shows the Bank of NSW facade nicely restored: 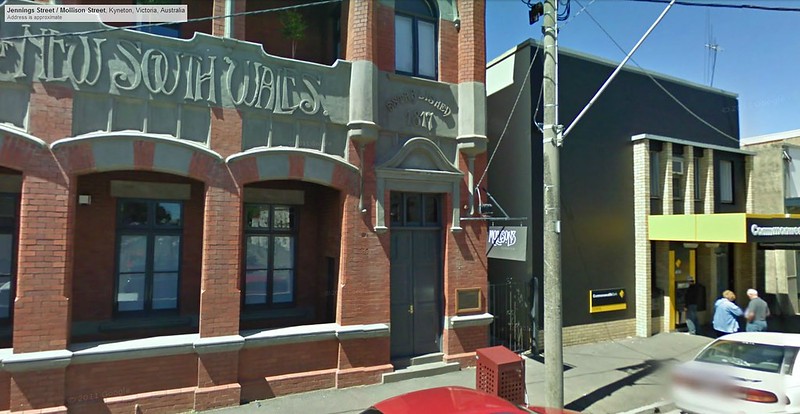 (I posted another photo from Kyneton that day: Spotted in Kyneton — just another hazard for the cyclists to watch out for: horse shit in the bike lane.)

Finally, as I noted at the time, on January 19th 2004, MX ran a fun article about etiquette on public transport: 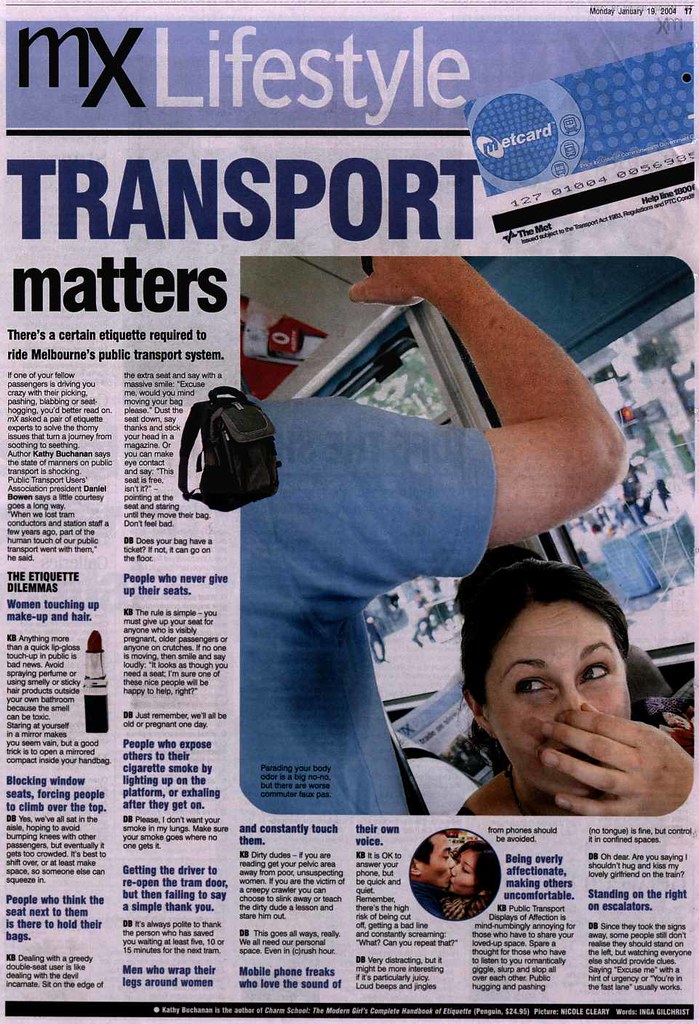 As usual, great pics. I bet you got use to the lime green benchtop after two years that you didn’t notice it. A classic from the 1960s or ’70s

@Julian, good point – I wonder if the pace of change in fashion (at least regular work wear) is slowing down? I know in the last 10 years it feels like most blokes have gone from wearing ties with their suits to ditching the ties.