By September 2003, I was using the digital camera a little more. 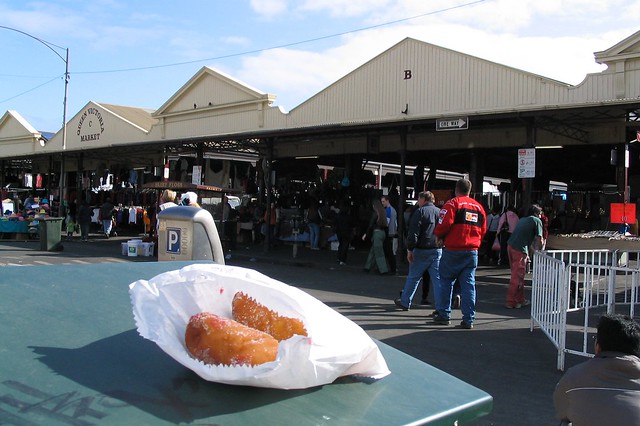 Here’s one showing the old Spencer Street building… I think those who complain about the new station have forgotten just how dumpy it was (though the subway was very handy). 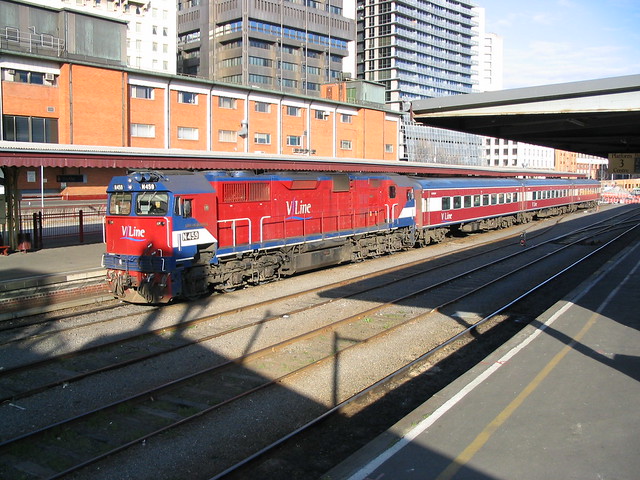 A better view of one of the platforms. You can see in the background they’re building the Collins Street bridge. 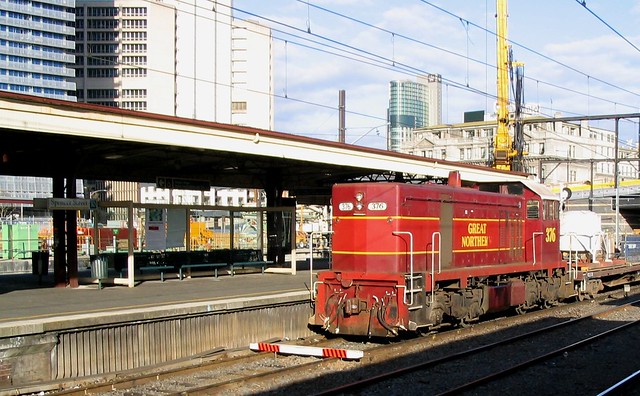 Here’s a Siemens train at Murrumbeena, in its original colours. Not very appealing. 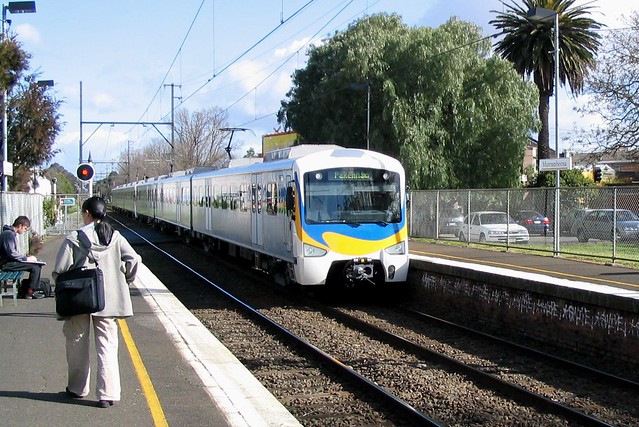 Those who catch Eastern Freeway buses might remember how crowded the old Swanston Street stop used to get at peak times. 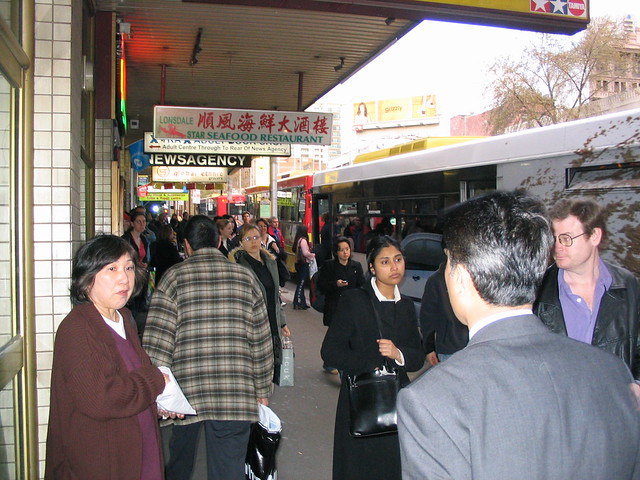 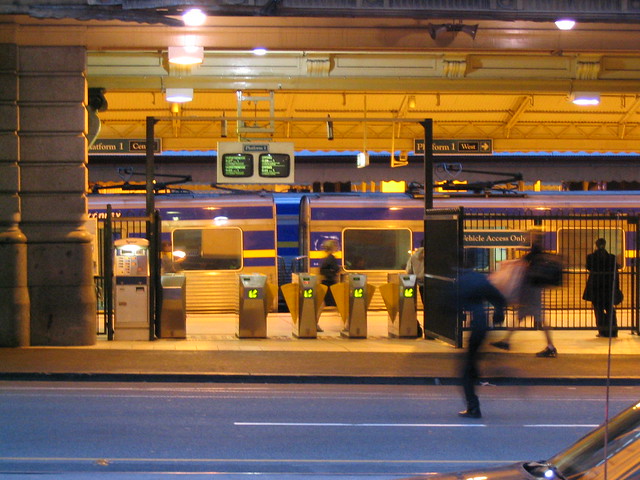 Me in the garden in the rented house in Carnegie, trying to keep the lawn under control. 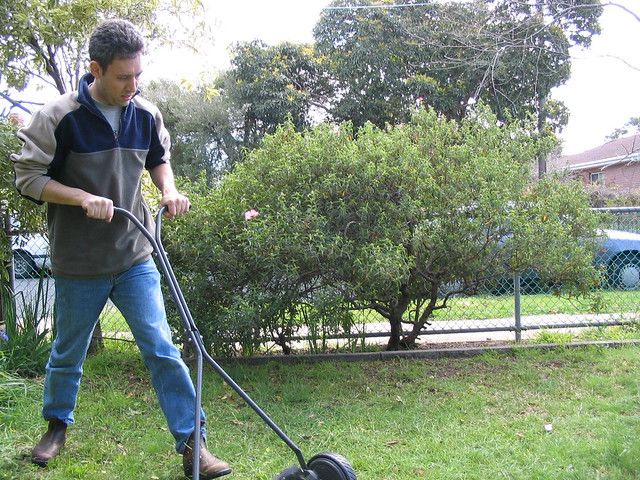 Down in Cheltenham, Southland Station, without its station then… and that still hasn’t changed. 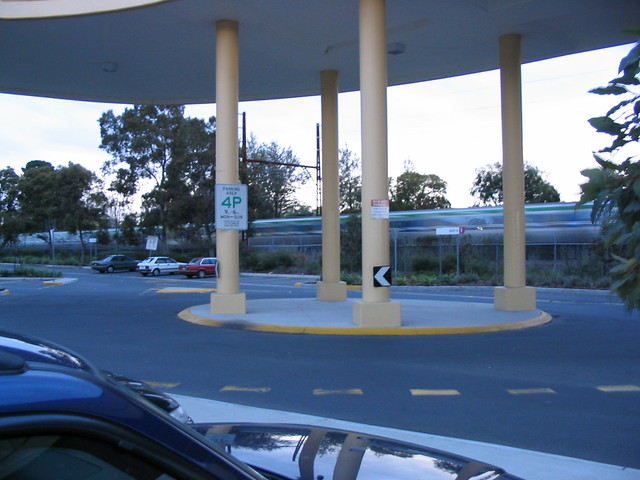 Every thing has changed including the colour of your hair, except for the Vic Market doughnuts. How ghastly was the V Line orange!

Can not believe the current Southern Cross is less than 10 years old. Feels like a lot longer.

We are well overdue for a station at Southland.

I have just read, the Alice Springs railway will be shut 1 in 5 days, so the army can do military tests in their Woomera base.

Guess the anti rail movement has not changed.

@Andrew – I was just going to comment that I miss the old V/Line orange! I also miss being able to open the doors to the carriages before the train had come to a complete stop. I loved having the wind blowing past me!