Another in my collection of photos from ten years ago…

Murrumbeena, in the days of M>Train. I quite liked the logo and slogan (“Moving Melbourne”) — less sure about the colours, and of course the splitting of the network into different operators was silly. 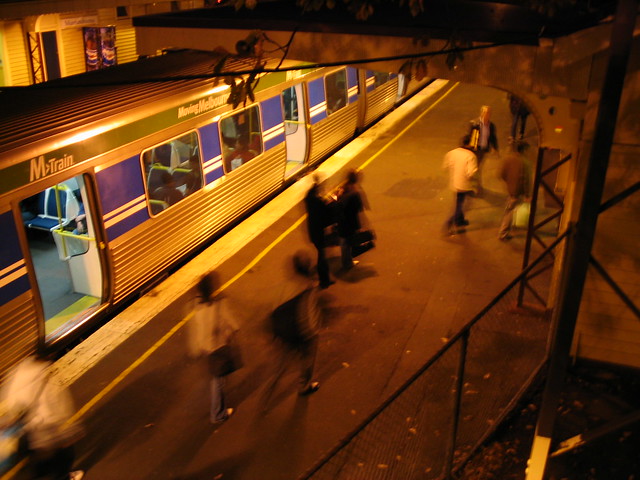 2003 was probably the best fall of snow at Mount Donna Buang that I’ve ever seen. 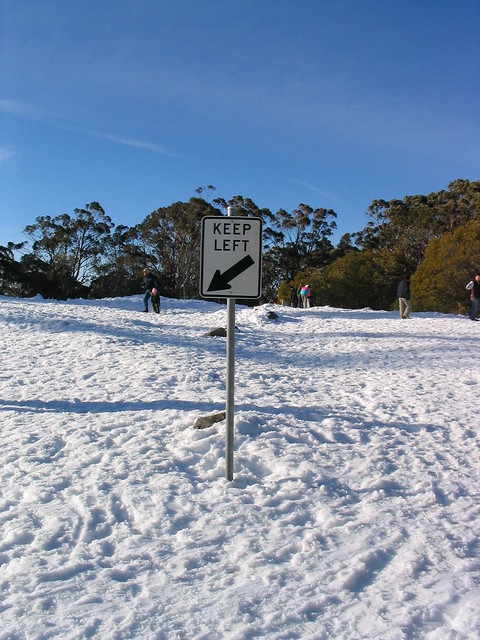 Yep, this is probably a tram. (That building in the background on the left is the Melbourne Sports Depot… which is now a big EB Games. See, the geeks have taken over from the jocks.) 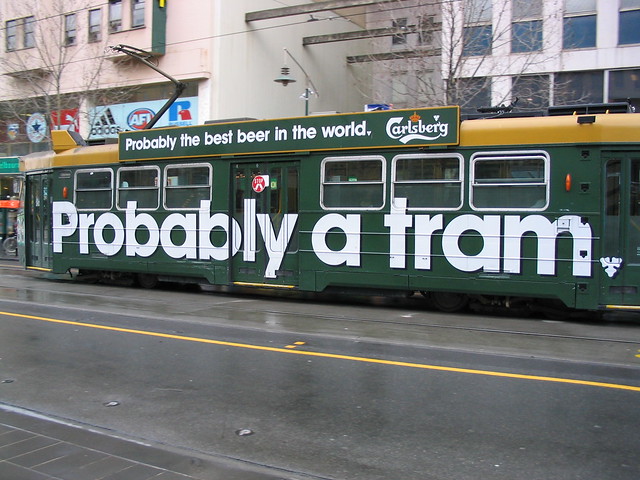 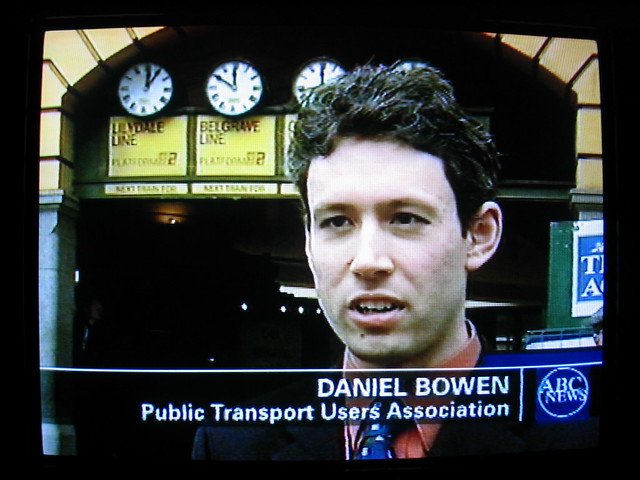