I had a second wisdom tooth out on Saturday — bottom left, the counterpoint for the top left which I had extracted back in 1998.

The dentist had said it was best it came out now. It was moving upwards anyway, due to no pressure from the top left one. Worse, cleaning around it was becoming an issue, so I risked damage to the next (more useful) tooth along.

This time, no particular issues — once again I tried to concentrate on other things as two needles went in, then various equipment (I dunno — grappling hooks, pliers, that kind of thing) until the tooth was yanked out. This time no stitches. 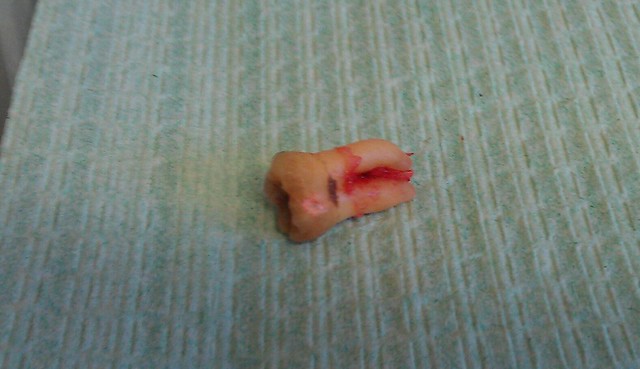 The local anaesthetic didn’t make me groggy or anything, but it did feel like the left half of my head was asleep. Plus I had a fat cheek from gauze stuffed into my mouth for the train ride home. 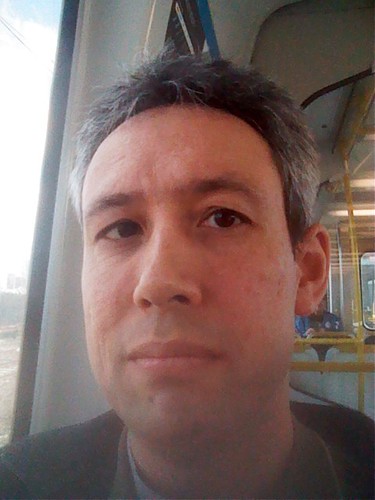 It was lunchtime when I got home, and I attempted to slurp down some Cup-A-Soup without spilling it everywhere. There was a little pain as the anaesthetic wore off, quelled by a painkiller the dentist had given me for such an event, but other than that and the unpleasantness of rinsing with salt water for a few days, no problems.

Update: Since Roger left a comment about costs, this was $205, with no insurance. Yep, I’m glad it was simple.

Update Wednesday: One after-effect — a little bit of pain around the area of the departed tooth for the last few days. The Advil they gave me to take has worked wonders… just one a day has been enough.

4 replies on “Another wisdom tooth bites the dust”

Great tooth! Lucky for you (financially) that the removal didn’t require day surgery. My daughter just had two wisdom teeth out and I’m $1,600 worse off (and we have private health insurance).

Hope they come up with better ways to remove wisdom teeth over the next 10-20 years.

I read that about 1% of those who get them removed suffer from long lasting complications and nerve pain.

@Jacob, comparing the method of the last one 15 years ago to this one, it’s pretty much the same.

They did get an x-ray done first to verify it was nowhere near the nerve. They said if it was too close, they’d refer it for surgery, which I guess is what Roger just paid for, because there is a risk of damaging the nerve. I think they said this is more an issue for the lower wisdom teeth than the uppers.

@Daniel, thanks for the info. That makes sense. Hopefully Roger’s daughter will not suffer ongoing nerve pain.