Train delayed at Southern Cross? Maybe you can catch a hot air balloon instead: 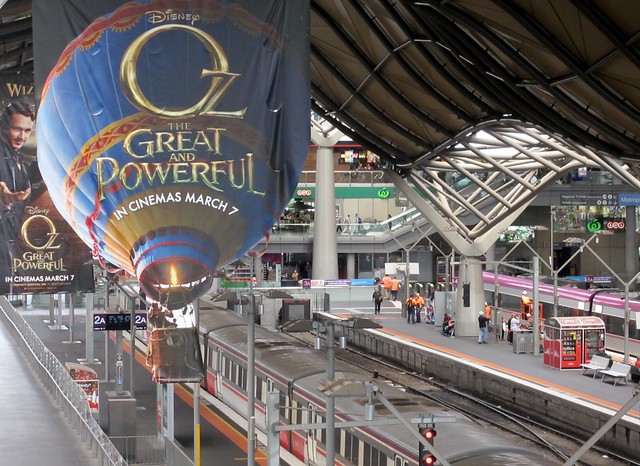 Yes, Metro does have diesel engines — and this one is not used on the Stony Point line. It’s part of a special train for inspecting overhead wires: 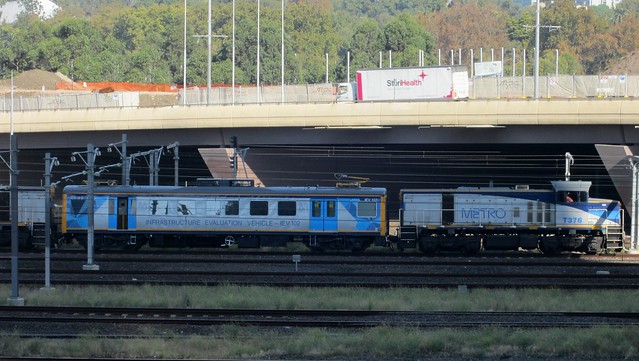 “Advertise your business here” say the banners at Ormond station. Looks to me like someone decided to take them up on the offer: 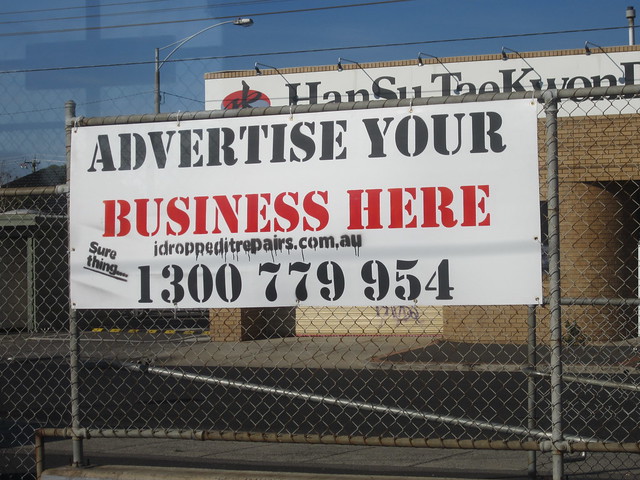 Yesterday at the open day for the new Williams Landing station, PTV revealed what is apparently the new colour scheme for buses — expected to bring a uniformity to the fleet (presumably with Smartbus, shuttle and other services still retaining their special designs). The operator logo is still there, but less prominent than before, bringing us into line with other cities such as Perth and Adelaide: 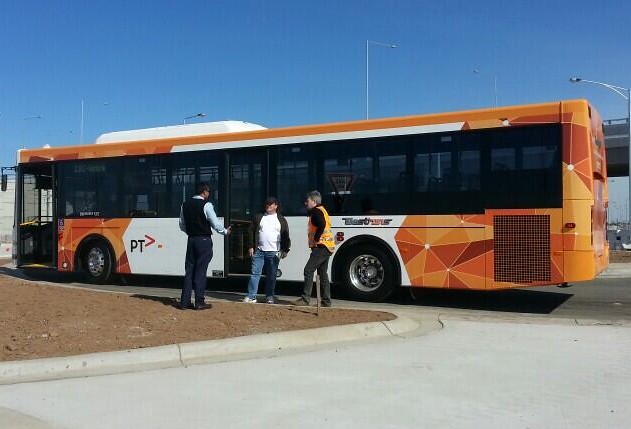 Finally, something not transport-related: here’s what happened to the return chutes at Bentleigh Library over the Easter weekend when the library was closed for a few days: 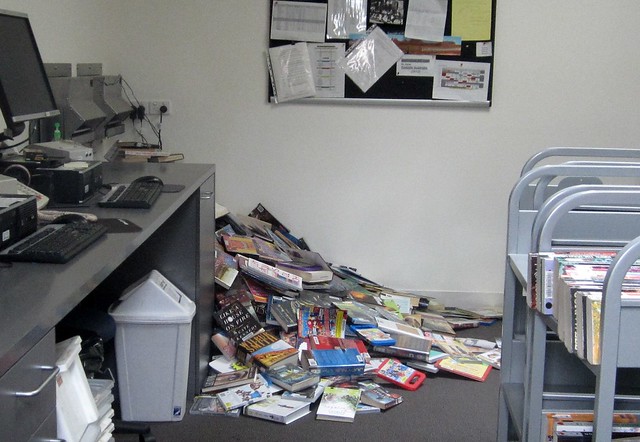 4 replies on “A few photos”

Having worked in a public library many moons ago, I can attest that this book chute situation is the norm for a long weekend!

the bus looks like its an ad for telstra – very similar design.

Daniel, it looks like someone has sent your photo of the library into the Herald Sun and not credited you. It’s on P18 and seems to have been sent in by someone named ‘Aaron’.