Longtime readers of this blog may recall that back in 2010 an apartment block was being advertised at Caulfield, smack bang between where the Frankston and Dandenong lines diverge.

It was never built. Google Street View shows by 2014 the site was still empty, and the advertising sign was covered in graffiti.

Around 2016 the site was taken over by the Level Crossing Removal Authority for use during the Caulfield To Dandenong “skyrail” project.

But most of the land is now clear again, and in the past month or two, an advertising sign (only visible to passing train passengers) has gone up. 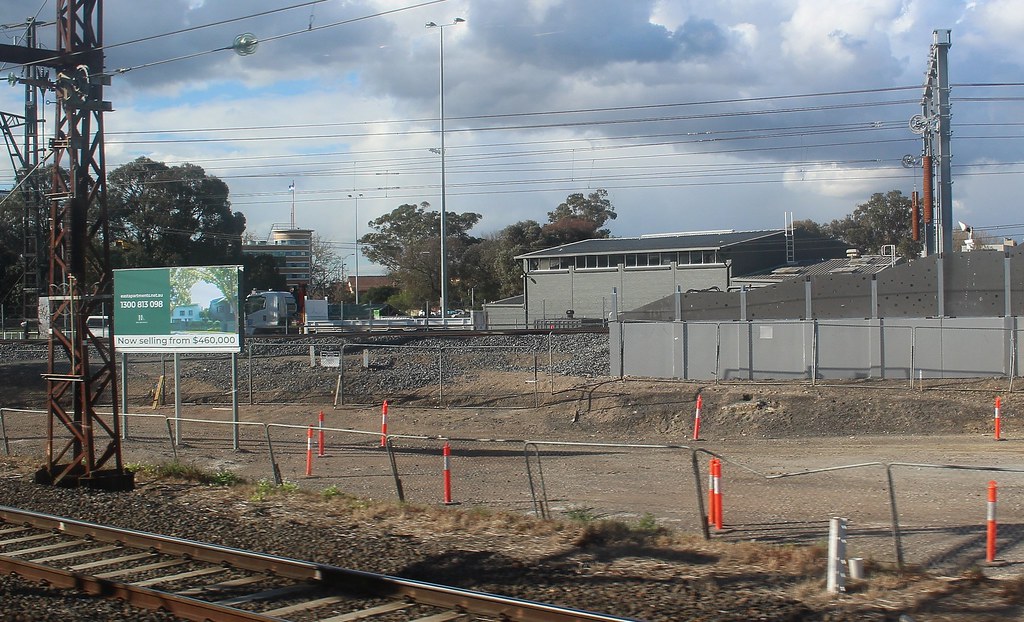 It looks to me like part of the land has been used for the skyrail tracks, which were placed slightly to the south of the old ground level tracks, leaving the development site smaller than before.

A sales office is on the site, and their web site is eastapartments.net.au. 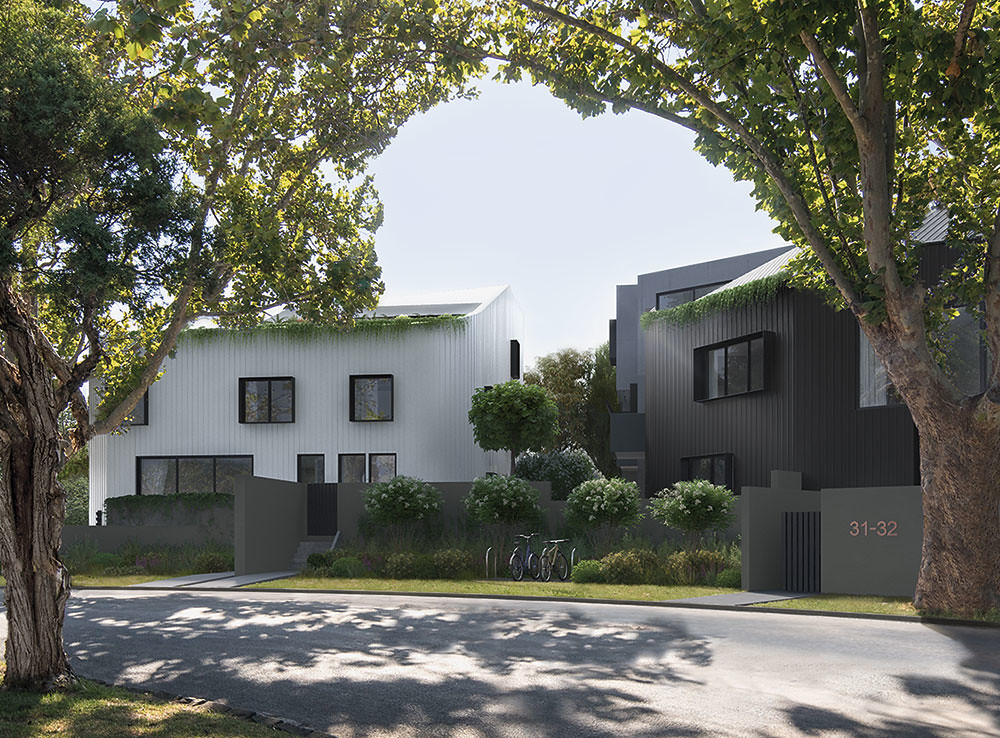 This development wouldn’t be the first homes on the site. Street View shows much older houses there in early 2010.

As I said in 2010, hopefully the new buildings’ soundproofing is good.

12 replies on “Apartments for trainspotters (part 2)”

Interesting.
I wonder why they are called “east” apartments. East of what?

‪Many years ago, we lived in a house at the East Richmond station end of Green Street, near the convergence of the Caulfield and Burnley group of train lines. Being an old weatherboard house, almost certainly without insulation, we initially worried about train noise. For the first few weeks, it was bothersome. But amazingly, it quickly became entirely unnoticeable to us. The toots, rattles and rumbles became a benign part of our everyday. The only thing we never got used to was the ‘bang bang bang’ of the detonator caps used on the tracks to signify an approaching train during maintenance works. Simple, effective, and sleep-shattering. We hated them.‬

I certainly recall that for decades there was an old weatherboard house right in the wedge between the diverting Dandenong and Frankston tracks. I certainly hoped whoever lived there really liked trains.

Those other houses in your third photo don’t look “much older” to me.

@enno, are you trolling again, or just not paying attention?

Wouldn’t this make it a lot harder to quadriplicate the Dandenong Line?

Dandenong quadruplication has space on the northern side of skyrail, as far as where the Dandenong line is next to the railway (for a very short distance) on the other side of Grange Rd. From there Dandenong Rd is probably the best location for the express tracks until at least Oakleigh.

Skyrail is about to give this area better access to East Caulfield Reserve, Monash Caulfield, Caulfield Station and East Malvern because it will no longer be via either Grange Rd or the Moodie St subway (under the Frankston line) but via the new shared use path.

Train noise is something that you very quickly get used to and then you don’t notice it anymore. I live in an apartment 80 metres from train tracks and station. The train noise does not bother me one bit. I am not aware of it most of the time, even with windows open. Only track work at night can be bothersome.

What about apartments for aviation enthusiasts!

There is a 10 storey hotel next to MEL airport – how about a few 10 storey apartment blocks? Then people can live there and have something to look at.

The old house that was in that weird block was a rental, at least for the last decade or so of its existence.

My wife and I, back in maybe 2005 or 2006, were looking for an apartment around that area and took a look inside it. We didn’t put in an application though, as for starters we didn’t fancy the noise, but also it was pretty run down.