Another in my series of old photos from ten years ago…

Let’s start with Melbourne Central. A few years earlier, the centre and station concourse had been re-developed to better integrate the shops with the station. And by integrate, I mean funnel the passengers through the shopping centre instead of directly out to Swanston Street.

What could possibly make it worse? Closing the entrance from Swanston Street for a movie premiere event (Mamma Mia). 5pm-7pm. Yes, during peak hour.

I have an email from the time that says after “some words with Melbourne Central from ourselves (PTUA) and a journalist” they altered their event so it only blocked Knox Place (which runs east-west from Swanston Street), not the pathway from the corner of Swanston and Latrobe. But honestly, the nerve. 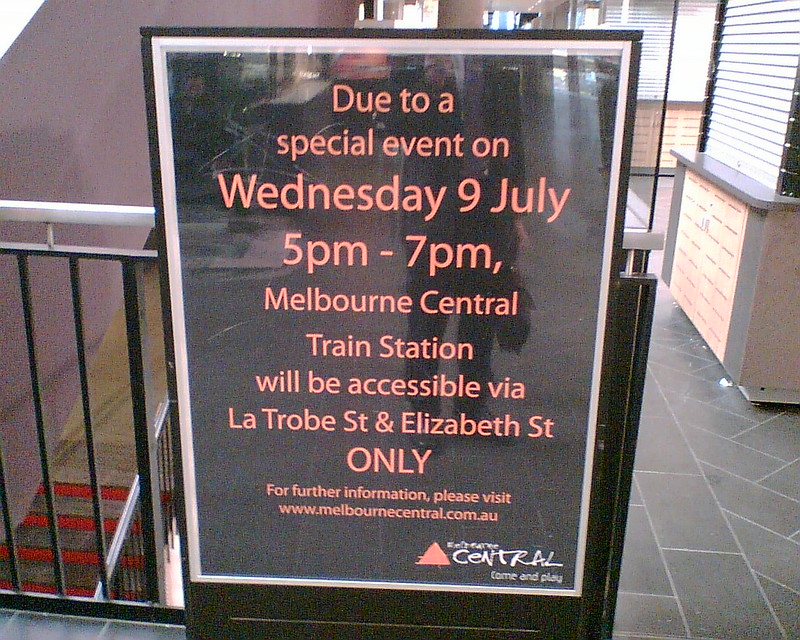 Gathering for a human sign to say “Climate emergency” in the Alexandra Gardens. 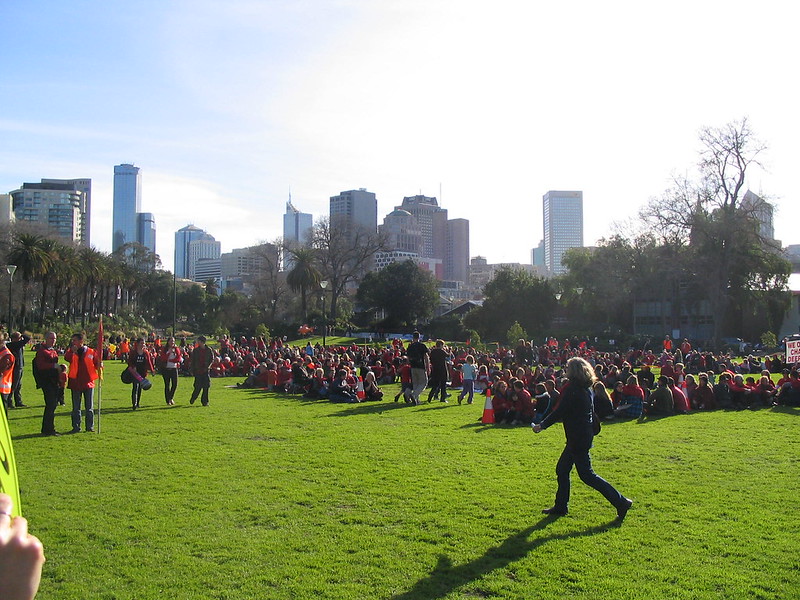 Brighton Beach station, with haze over the bay. Note the equipment installed in the sidings; from memory this was for the “Concorde” project on the Comeng trains, to make the two types compatible again after their modification by different train companies earlier in the decade. 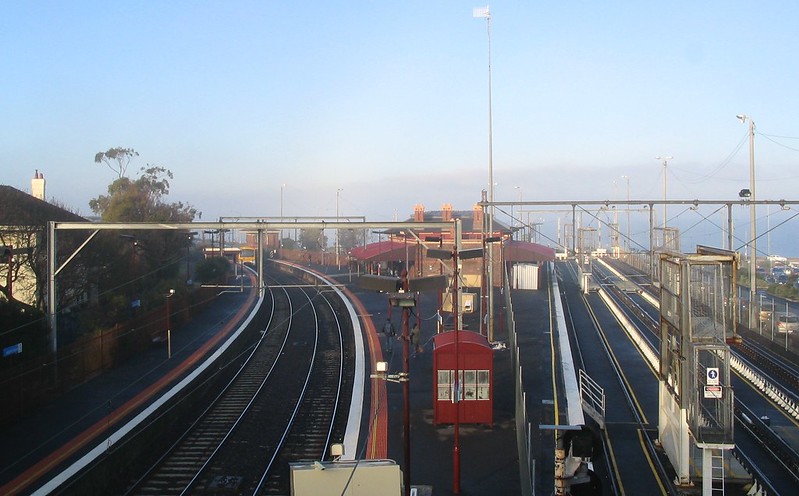 I knew Doctor Who had become mainstream when ads started appearing for it on public telephones. This is opposite the GPO – the Angus and Robertson book shop behind the phones has since vanished. 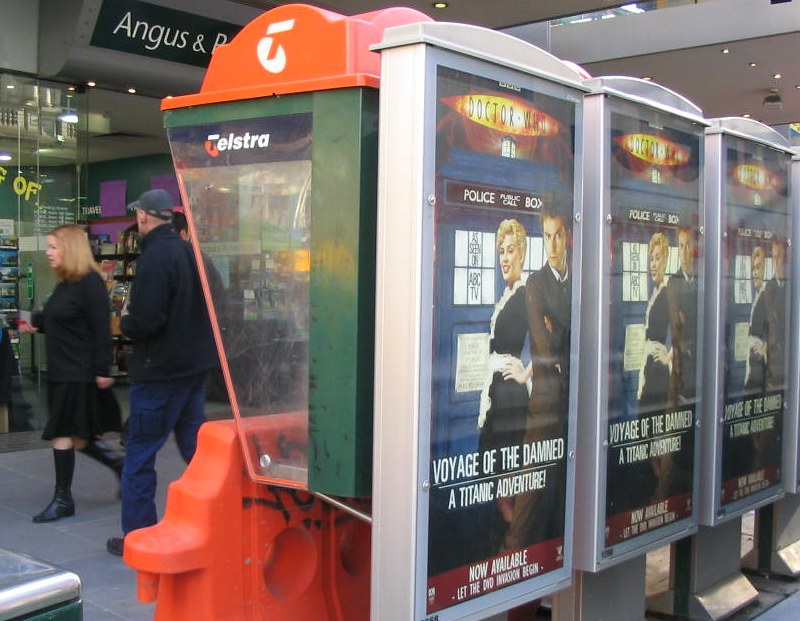 New street furniture was installed around my local shopping centre in Centre Road in Bentleigh. Not sure why the green lighting. Maybe the council was expecting visiting aliens. 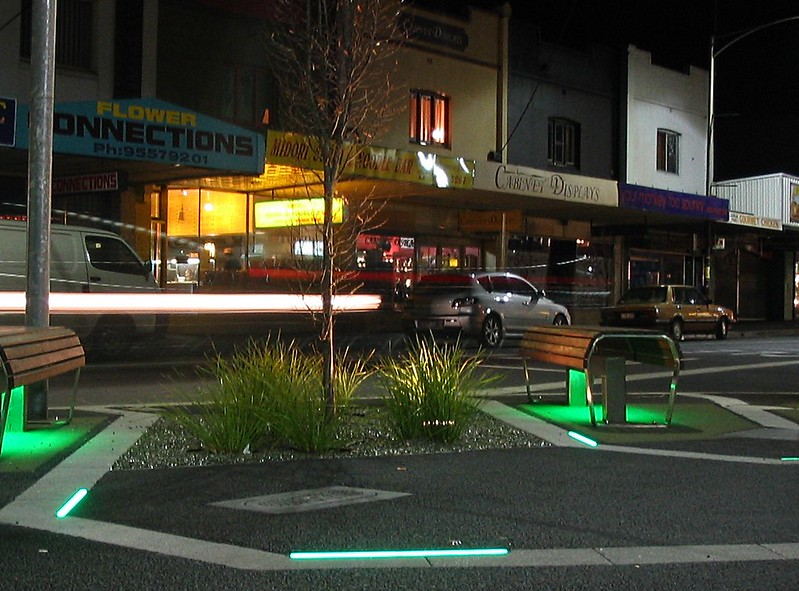 The street upgrade also included trees in the parking lane – in principle a good idea, but they managed to chop this bus zone in half. They also messed up the taxi rank near the station. 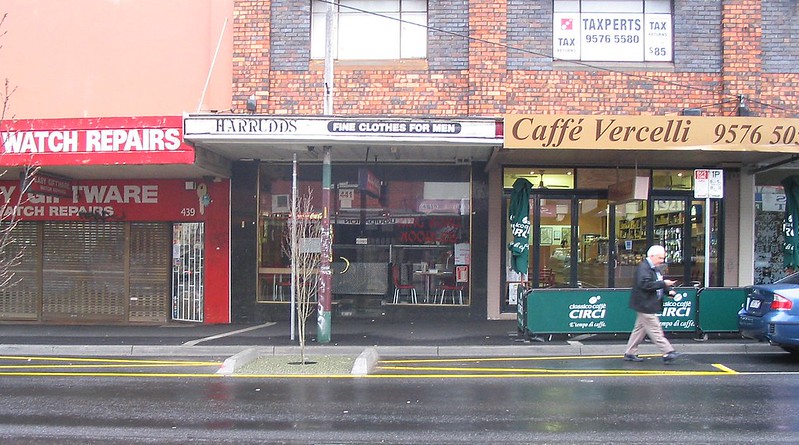 Also on Centre Road, the Smartbus sign for westbound buses, and the level crossing – since gone in the 2016 grade separation. 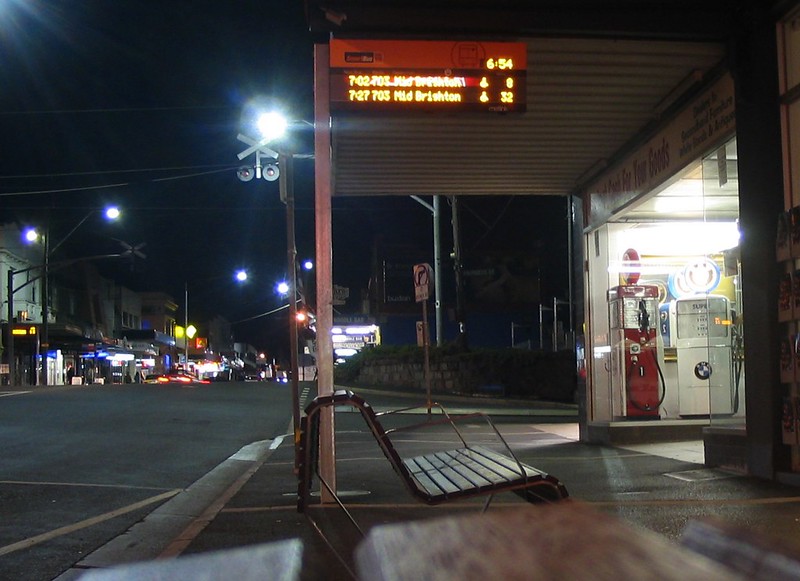 Over in Edgewater (Maribyrnong), they’d created a new bus route which didn’t even have any bus zones at its stops. 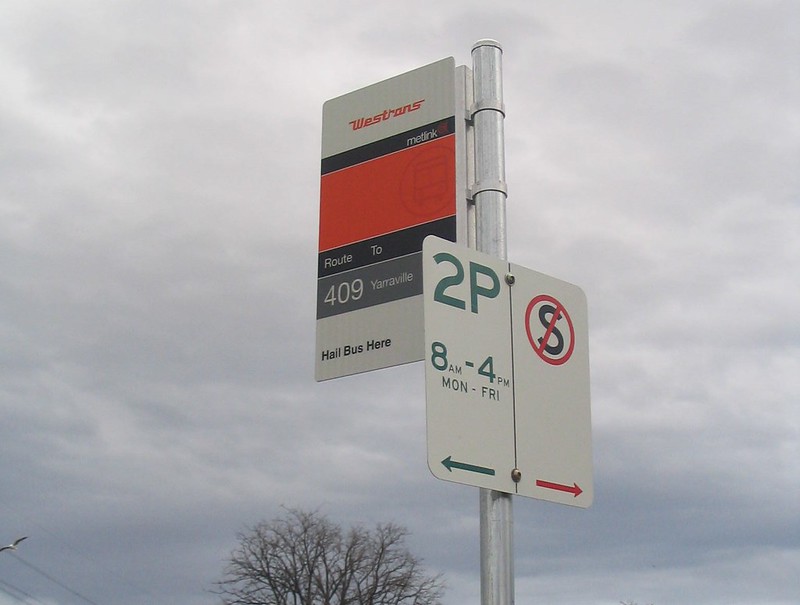 Rail works on the level crossing at Ripponlea. 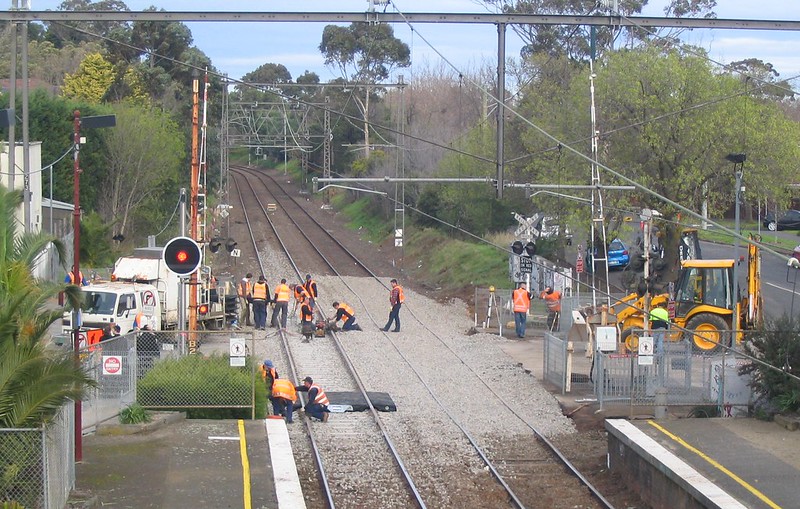 There’s a sign on Gordon St, Footscray (just after the tram turns the corner from Ballarat Rd) that indicates a ‘Tram Zone’ rather than ‘No Standing’. One wonders how you manage to park your tram by the kerb!

I guess a “Tram Zone” just gives it as much clearance as a No Standing or No Parking sign (one of them at least) to stop vehicles from blocking passengers getting on and off a tram.

Talk about deja vu. Mama Mia 2 has just been released. Ten years after the first one.
Your nostalgic pics are a timely reminder of nothing changes.

There are trees like that all through the parking zones at Oakleigh shops. Only problem is that the majority of motorists can’t parallel park or don’t care, so they just drive their SUVs over the concrete blocks and demolish the trees.

I first moved to Melbourne in 2005, and until this blog post had literally no idea that there was ever direct access to Swanston St from Melbourne Central. I thought that the crowded narrow corridor was its permanent entrance.