Believe it or not, sometimes I blog about things other than transport. If you want to look purely at transport posts, try this link.

Commonwealth Bank (CBA) announced on 24th September that all their ATMs were free for use by customers of any Australian bank.

The same day, the rest of the Big 4 scrambled, and matched that pledge… but CBA had the jump on them, and some of the others couldn’t implement it straight away.

Over the past few weeks, they’ve got it done, so ATMs are fee-free for all Australian cardholders since:

(By the way, ANZ loses points here. Not only does their press release not specify the date the fees are waived (it just says “early October 2017”) it’s also on a horrible web site that forces you to download a PDF, rather than simply viewing the content on a web page. It’s also amusing that both ANZ and NAB still have the media parts of their web site not using HTTPS. You’d think banks would be more security-conscious.) 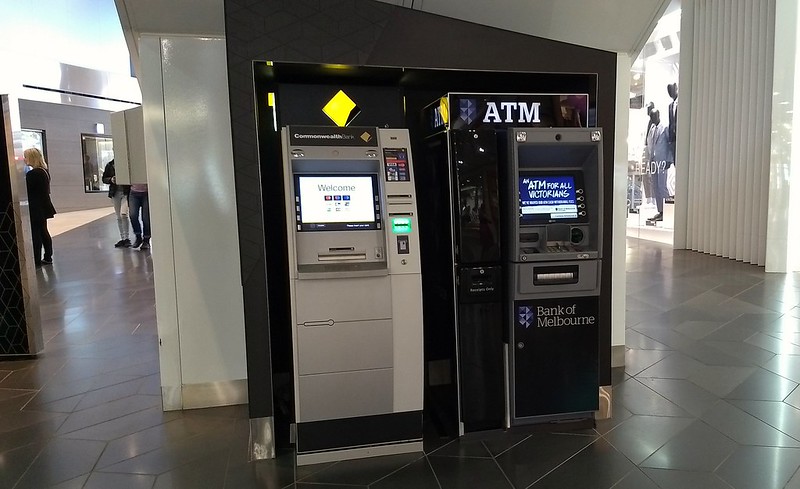 It’s not hard to see why the banks are making their ATMs free. Effectively it lets them consolidate their ATM networks, when the use of cash is dropping. In my suburb, CBA, ANZ, Westpac, NAB and Bank Of Melbourne all have a presence; I haven’t counted, but probably about 8 ATMs between them, within a few hundred metres.

So does this change mean all ATMs are free for all Australian cardholders? No! Some to watch out for: 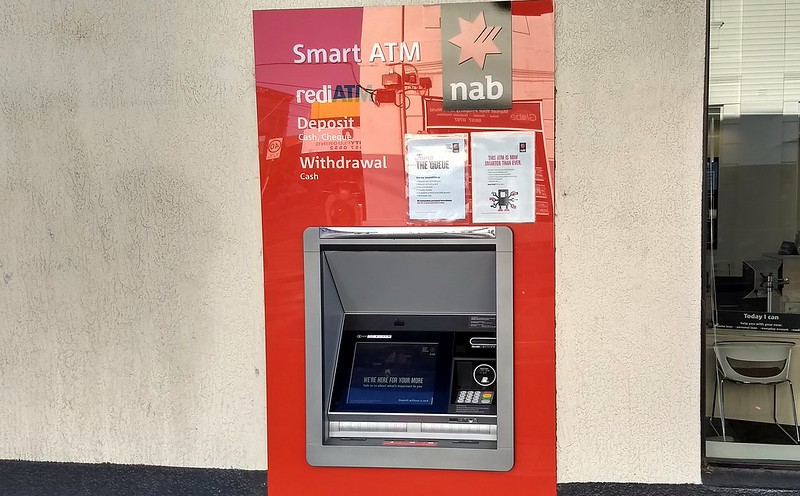 I was initially confused by RediATM (owned by Financial company Cuscal). NAB ATMs seem to include RediATM branding, but RediATM appears to have a wider network. RediATM’s web site says institutions in their partner network have free access, but their FAQs say:

NAB has confirmed that RediATM-branded machines at NAB branches are really NAB machines, and are free for all Australian cards:

Hi Daniel. These ones are NAB ATMs so they are part of the fee-free change ^HR

Update: from 1/1/2019 RediATMs will incur fees for NAB users as well as everybody else.

ATMs have been around for a long time. Check this video from 1969 when they were first devised:

Initially the waiving of fees looks like a win for cardholders, at least Australian ones.

Rule of thumb: just stick to the Big Four’s ATMs, and you won’t pay fees.

I’m certainly using a lot less cash than I used to, thanks largely to Paypass, so I’m not at all surprised the banks are making moves to reduce the number of ATMs.

3 replies on “ATMs are free – but not all of them”

In case there’s anyone who bank with Suncorp and/or Bendigo Bank out there… I bank with the former and often use Bendigo Bank ATMs as they both have a fee-free agreement with each other (Along with Adelaide Bank). However, Suncorp will be dropping this agreement from 5th January 2018 in favour of sharing with rediATM instead.

Not a big deal however as I’ve just been rocking up to one of the big 4 banks now to do free ATM withdrawals.

Then there’s odd cases like ING which have had free withdrawals from any ATM for a while, but won’t after March next year unless you jump though a bunch of hoops every month.

I only withdraw cash at the major supermarkets because I know I’ll never have to worry about fees or having my card swallowed.