Oh the joys of jetlag. Having gone to bed at 8pm, I woke at about 5am. But being summer, it was already light.

Eventually it seemed like a half-decent time to get up and out, and we prepared for our mission.

Why had we come to Cardiff in the first place? And at the start of the holiday? Because of the Doctor Who Experience. It’s been at Cardiff Bay since 2012… but the lease runs out this year and it’s closing.

For a family of Doctor Who obsessives, who on this trip would be coming to the west of England anyway to visit family, including this was a no-brainer. 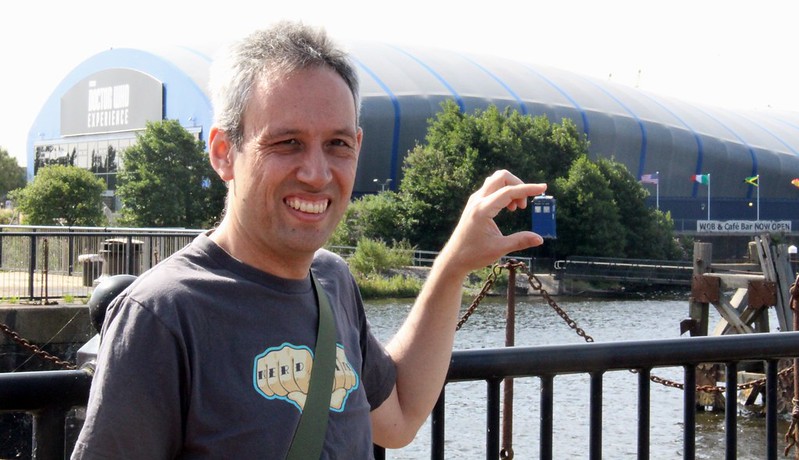 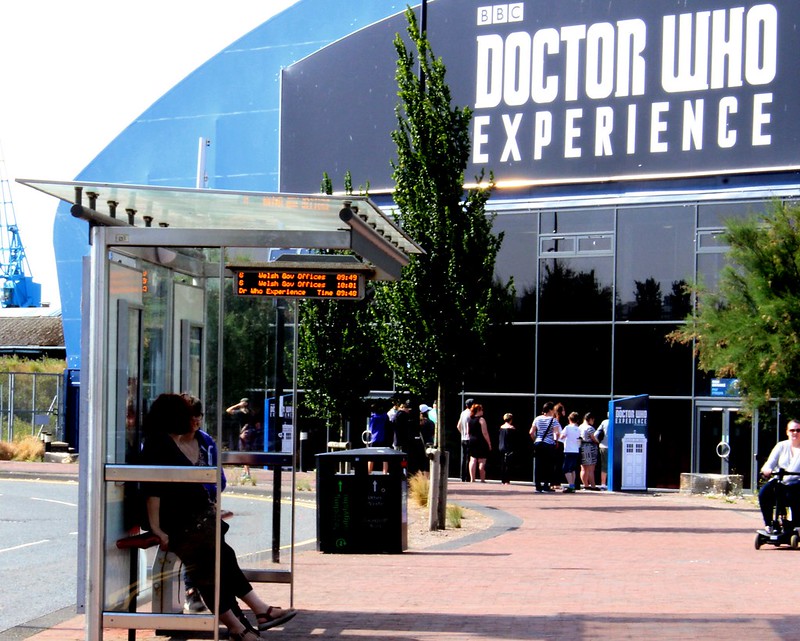 (Can I get a photo combining Doctor Who and public transport? Yes! Note the bus stop passenger information display.)

Back when I was planning the holiday earlier this year, they’d only confirmed open dates until the first week in July. Way back in 1999, we narrowly missed out on going to Legoland, and I wasn’t going to risk a repeat. So I planned the holiday around ensuring we got to Cardiff first for the Exhibition before it closed.

After booking everything in, including accommodation located about midway between the city centre and the Bay (an easy walk to both)… it was announced the exhibition will be open until September.

No matter, we’d made it there, and we were damn well going to enjoy it!

So on our first full day in Britain, we walked down and arrived just as they opened, for our pre-booked 10am entry.

The initial part of the Experience is a kind of interactive experience thingy. They ask that people don’t record/photograph, so as not to give it away. So I won’t blog about it either, but it’s good!

Then you pass into the exhibition hall, which is a bit like the Sydney Doctor Who Festival we went to in 2015: Lots of displays, costumes, monsters, models from the series, both the “classic” (1963-89) and new (2005-) episodes.

Being adjacent to the studios where they actually produce the show helps them keep the displays completely up to date – costumes from episodes only aired weeks before were on display. And there are plenty of opportunities for photos, with or without your own ridiculous posing with them. 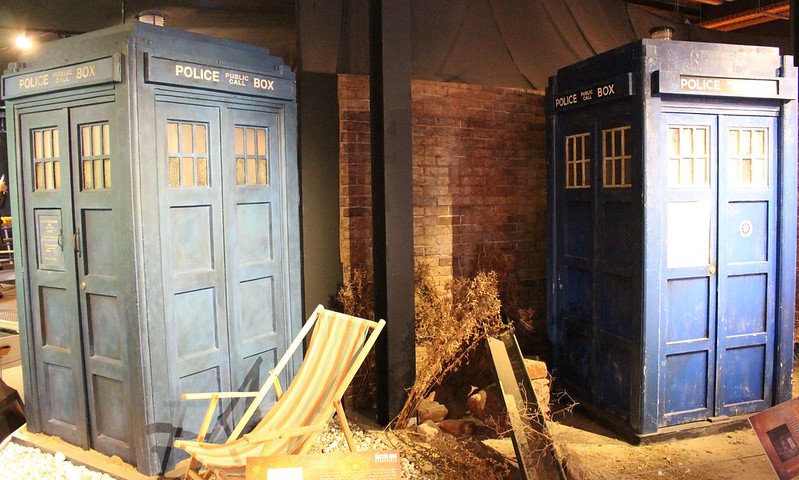 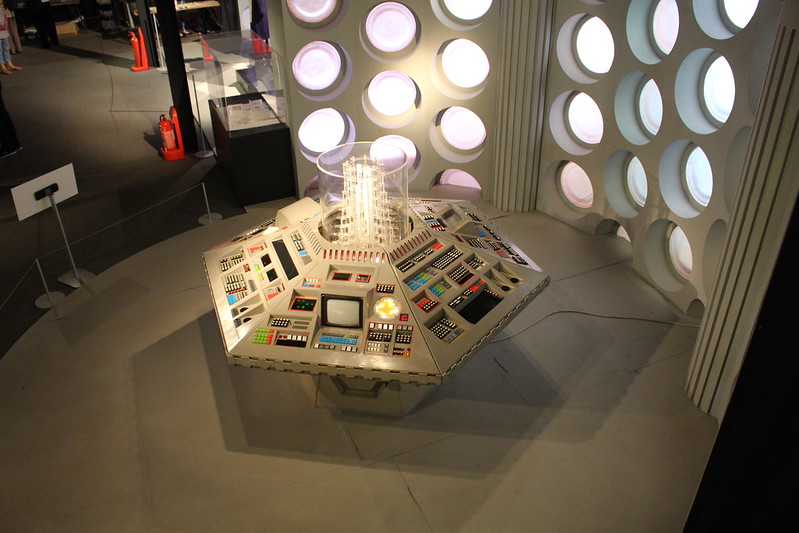 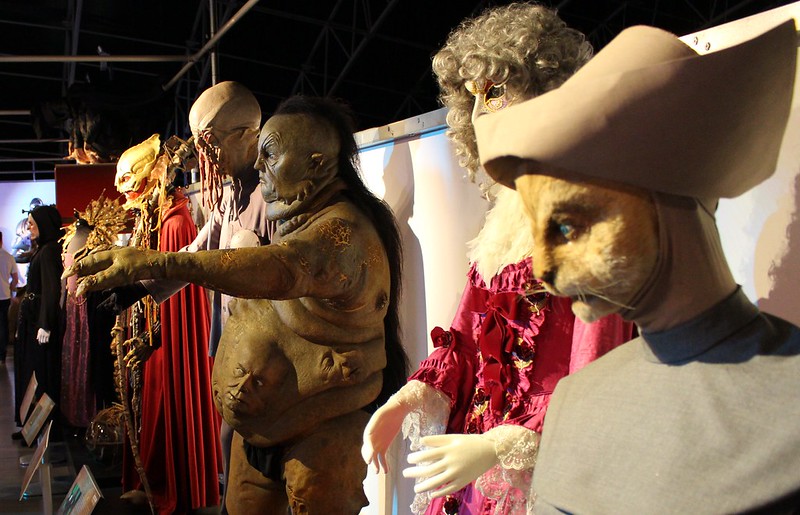 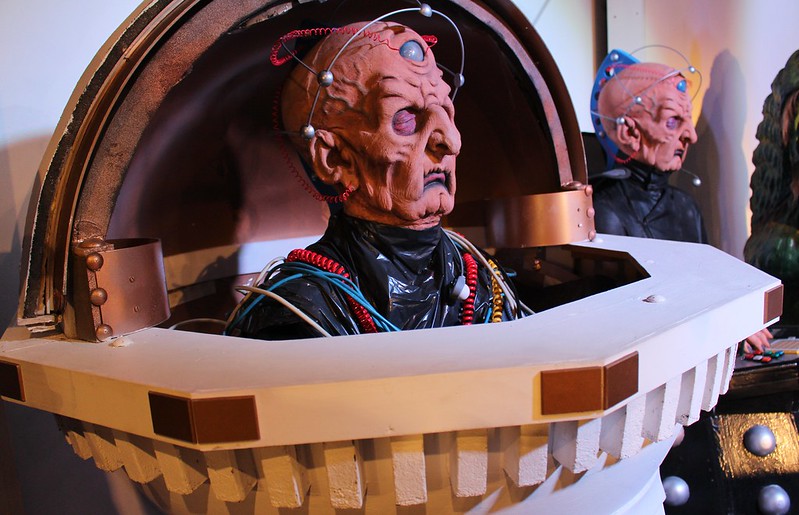 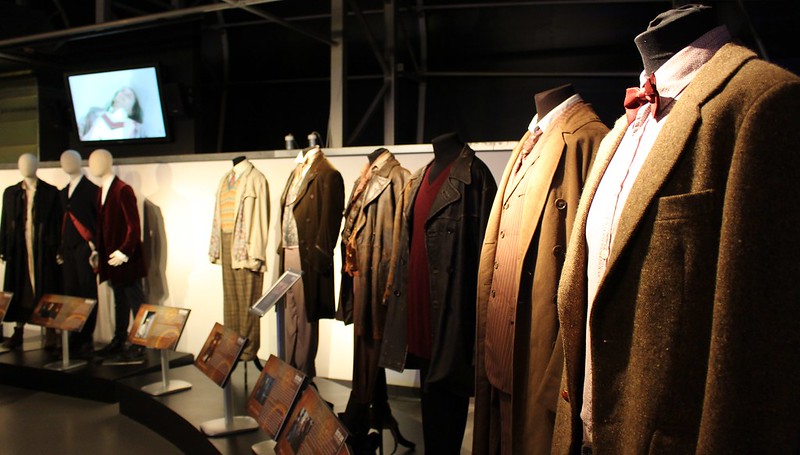 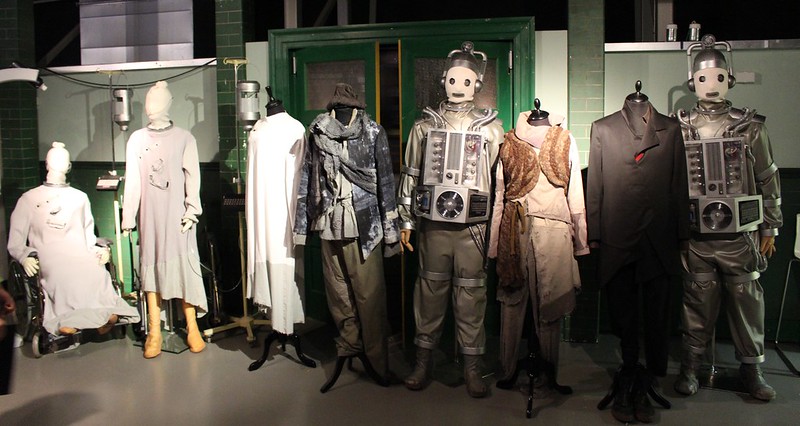 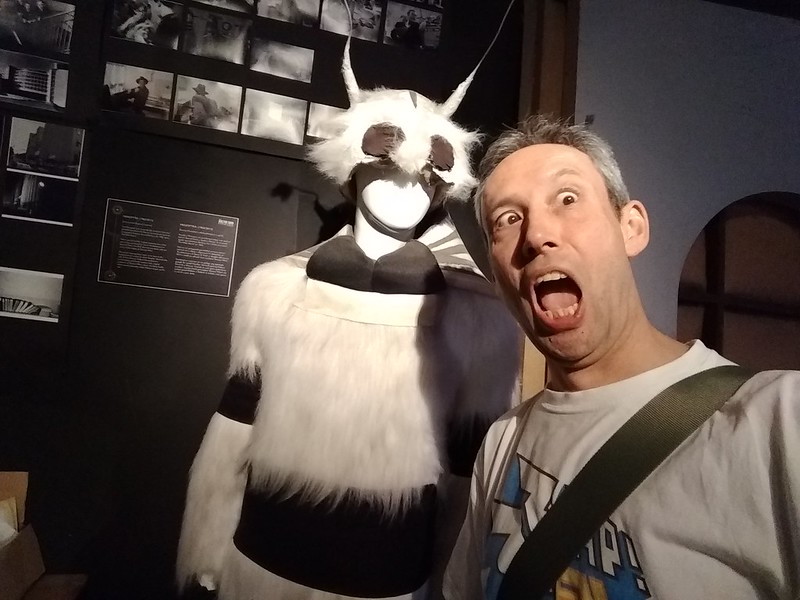 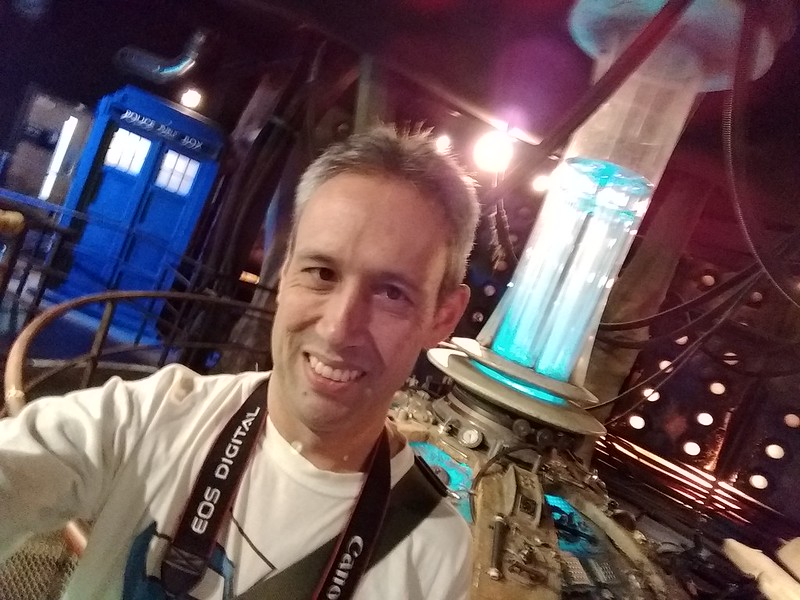 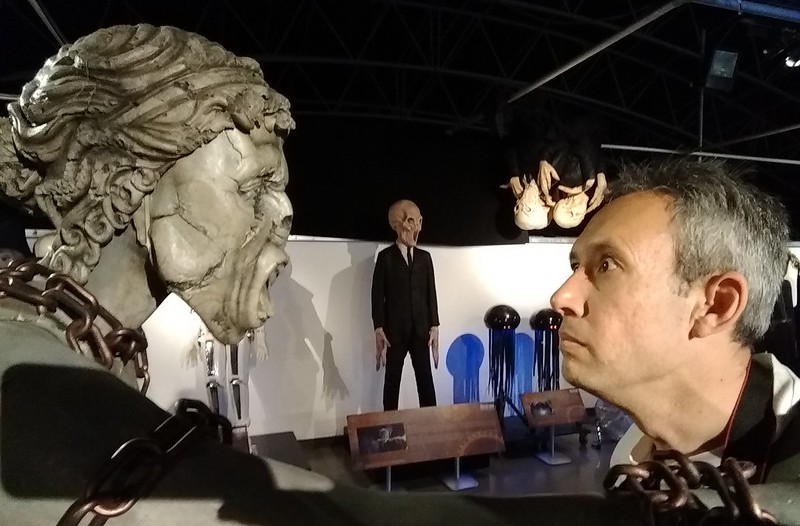 Of course you exit (eventually) through the gift shop — merchandise galore, including some items you don’t normally see at other shops — it was only the thought of my limited suitcase capacity that stopped me going crazy with a credit card.

And there’s a chance to sample a welsh cake in the cafe. Nom nom nom. 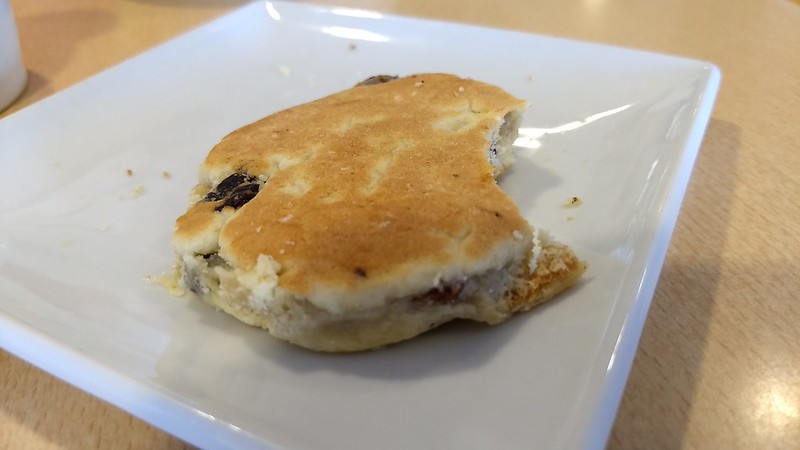 It was lunchtime by the time we exited, and we grabbed a bite to eat nearby at a takeaway place, and ate in the park as we watched three blokes who, having a lunch break from a nearby office, tried to get their throwing toy down from a tree.

We then walked into Cardiff’s city centre to explore some more, and up towards Cardiff Castle. 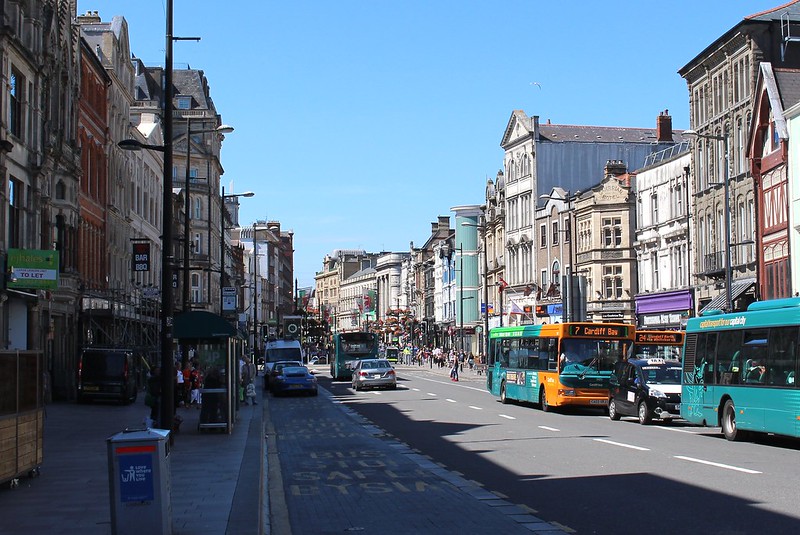 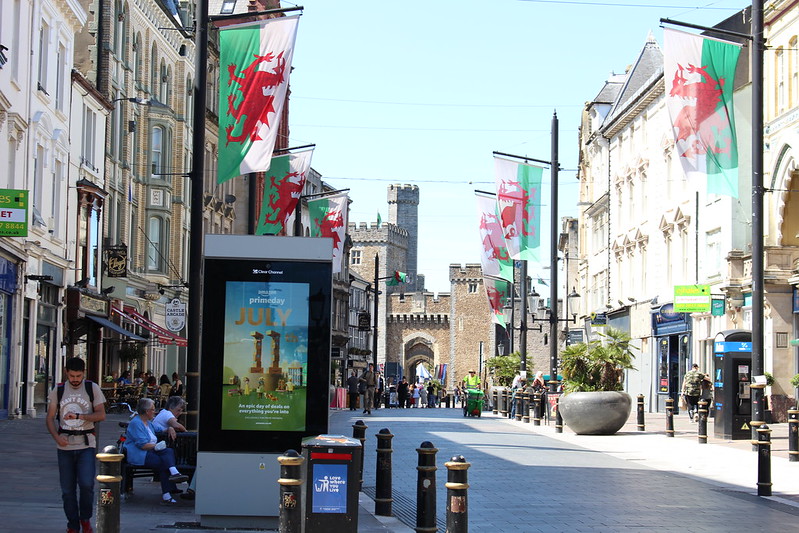 One of the local breweries is called Brains, which results in some amusing signage around the place. Makes it look like alcoholic zombies have taken over. 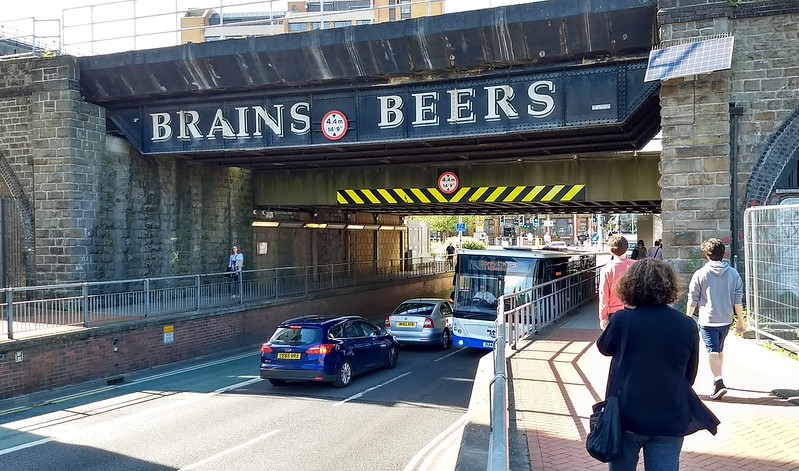 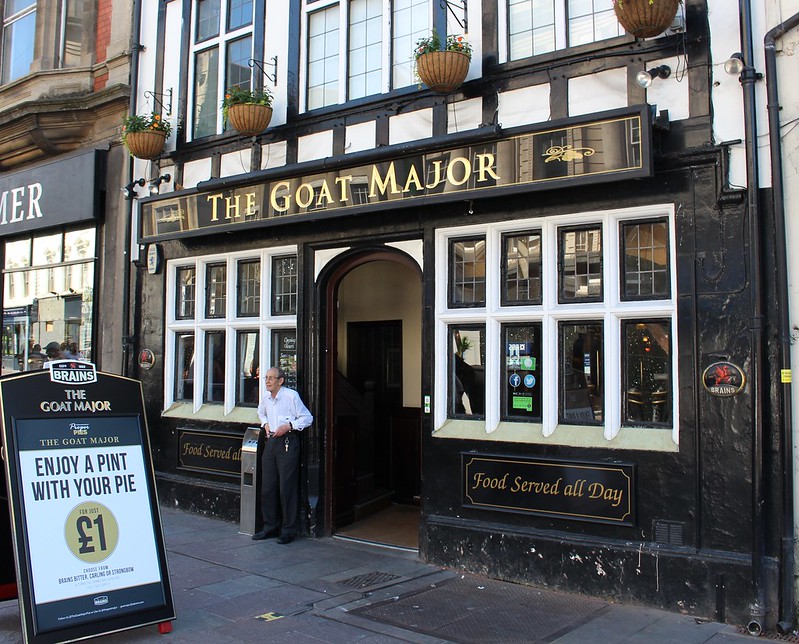 At the northern end of the Cardiff CBD is Cardiff castle, an impressive structure, overlooking one of the main streets. And like many large old buildings, it’s evolved over time: it was a 3rd century Roman fort, then got an 11th century castle, with various changes and upgrades along the way, then the development of a Georgian mansion in the 18th century.

After a quick look at a display of wartime memorabilia under the visitor centre, we did a tour of the mansion, which showed off some of the amazing decorations inside the building. 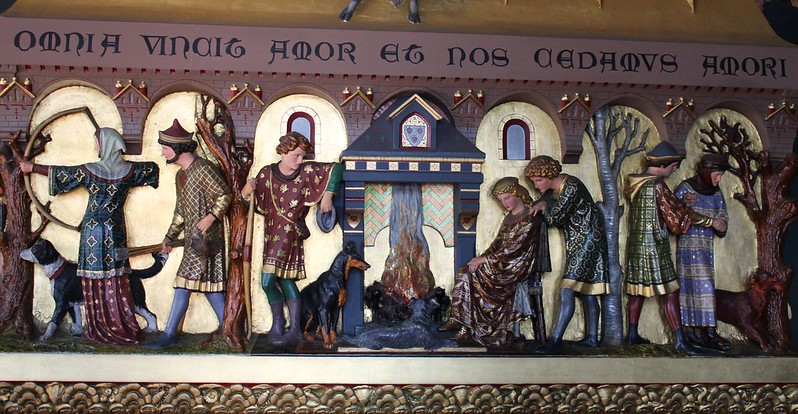 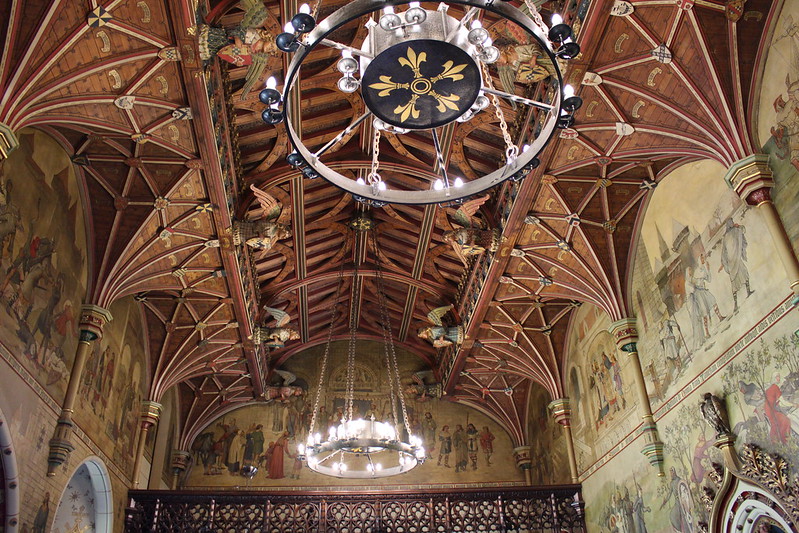 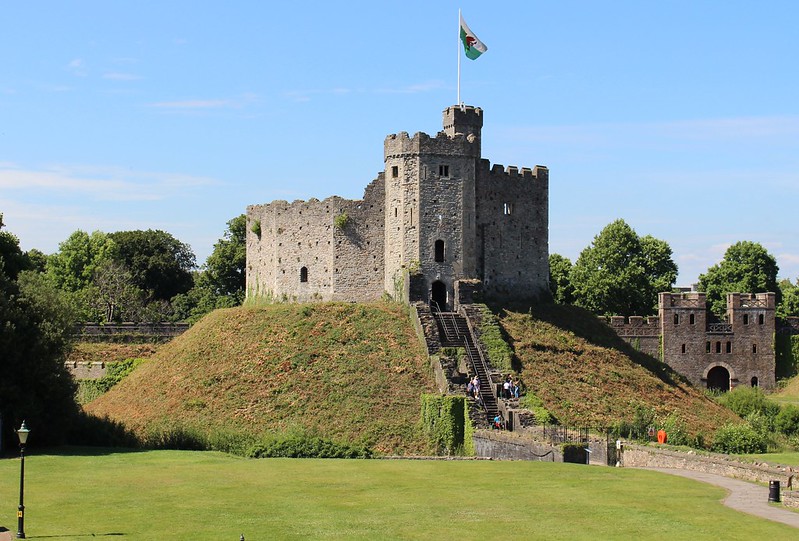 Then a climb up into the keep. Signs warned of ever-steeper steps up – back in the day, they certainly didn’t design these buildings for ramp accessibility — more like to defend against attackers.

If you make it all the way to the top there are some great views of Cardiff. 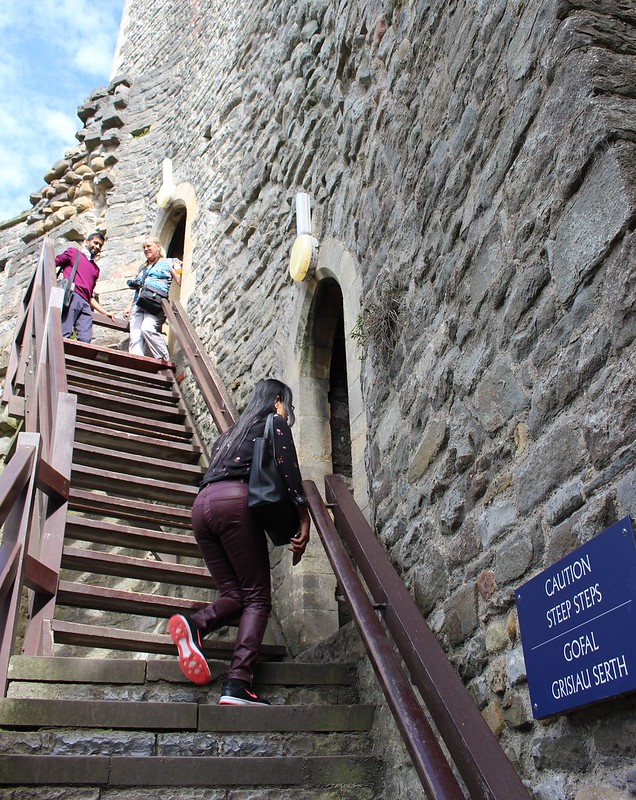 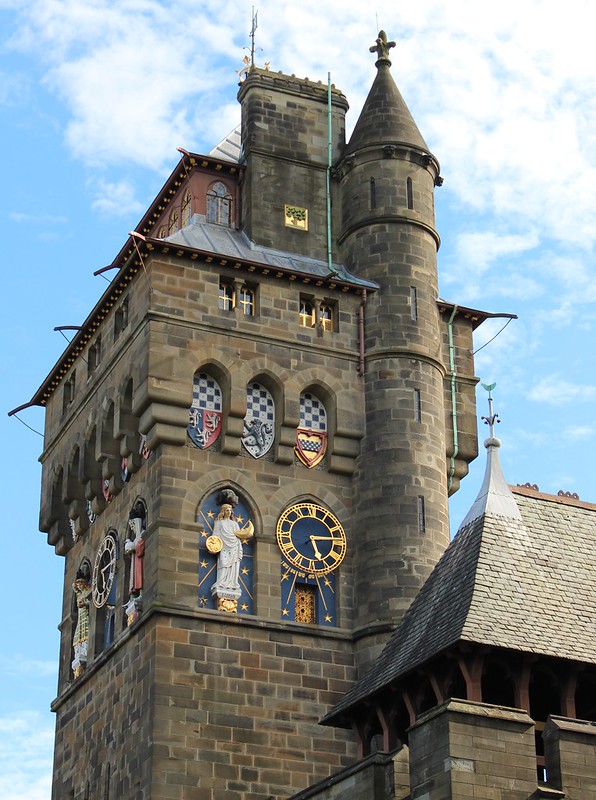 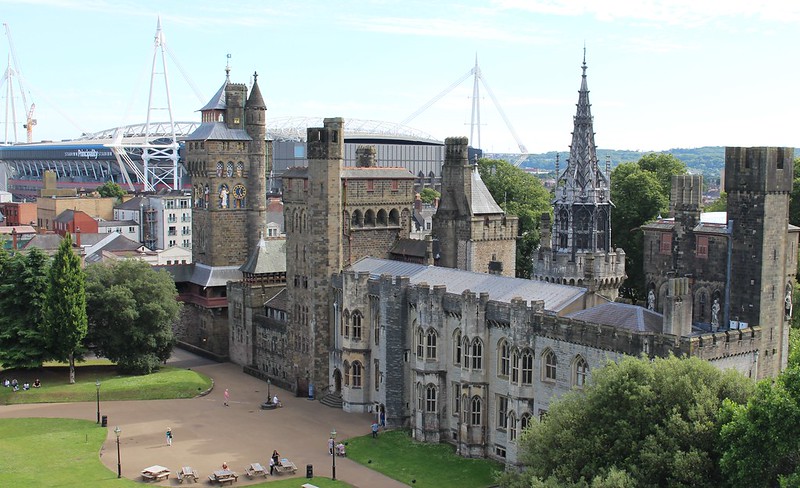 After the castle, we had a somewhat early dinner at a nearby famed Italian restaurant called Cafe Citta – it’s lucky we were early or we wouldn’t have got in – this was utterly delicious. Thanks jetlag! 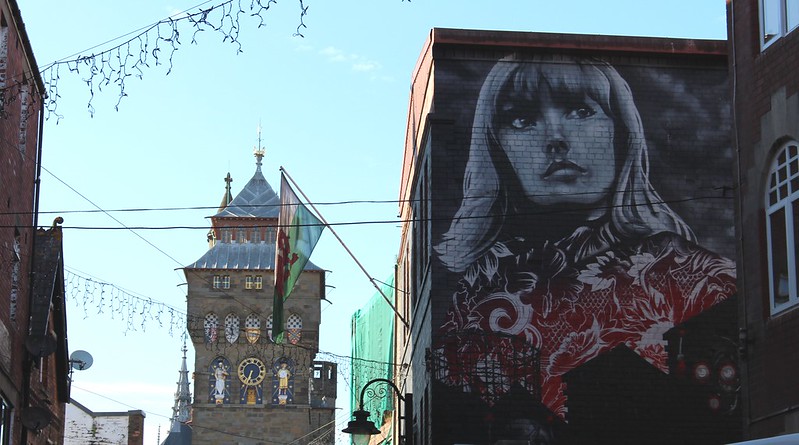 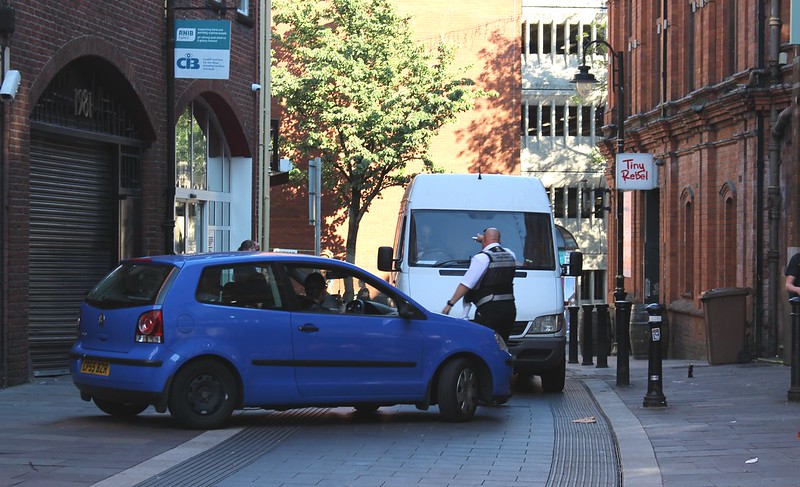 It was still light, so we walked back towards Bute Park, along the way watching a parking officer enthusiastically ordering a car and a van to leave a part time pedestrianised zone. I wonder if he’d like a job in Melbourne? We could do with some like him.

Bute Park sits between the Castle (it was once part of the grounds) and the Taff river. It was a warm evening, and lots of others were wandering around the park enjoying the sunshine. 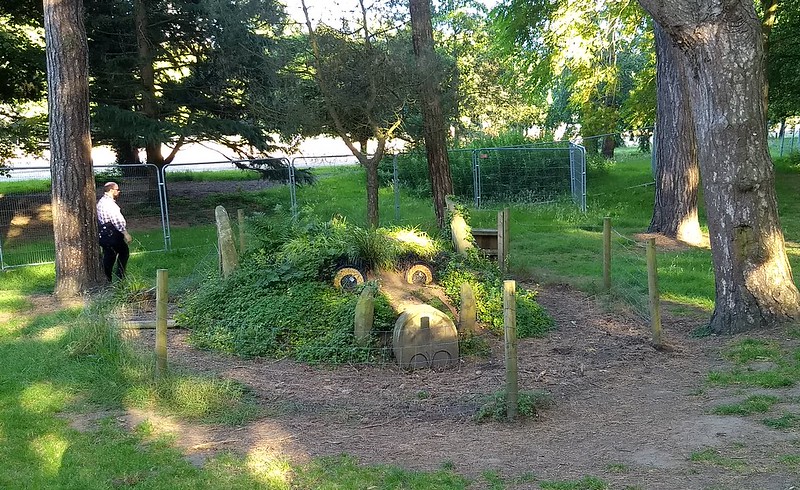 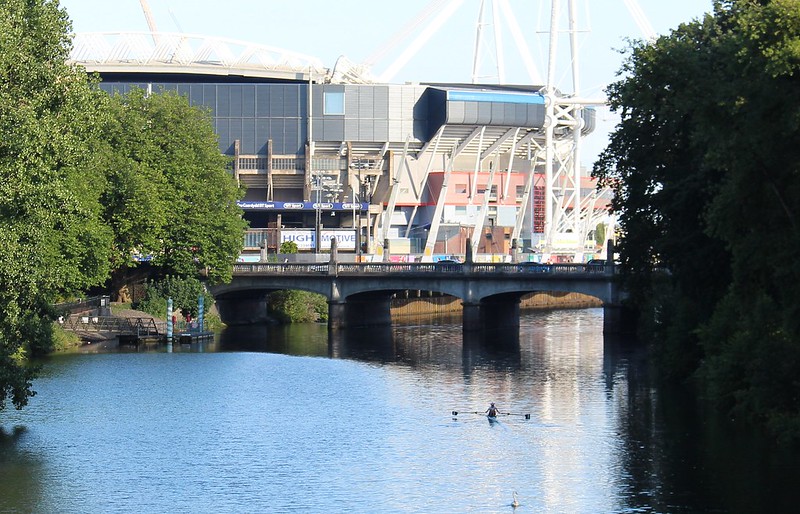 A walk home, and bedtime by 9pm – still jetlagged, and still sunshine outside.

With the long days, it would be some time into the holiday before we would actually see the night sky. Certainly not tonight.

2 replies on “Cardiff Who?”

[…] I wanted to reflect on something from our recent visit to Cardiff. […]