A reminder that despite how it may sometimes seem, not all my blog posts are about transport. If you want to view only the transport posts, try here. For convenience, this link is also on the menu at the top, under Transport.

Over the years I’ve had many mobile phones.

November 2013: Google Nexus 5 — I did that Apple-like thing of preordering this before I’d actually seen it in the flesh. This was a terrific phone. Fast, good camera, great features, no bloatware, and being a Google device, got updates really quickly.

I loved some of the features I only discovered well after I got it, like the pedometer which is now tracking my steps, and NFC, which has all sorts of uses such as checking public transport smartcards (in smart cities like Sydney and Singapore where this is enabled) — see below.

Then the phone died in late-2016. The power button got stuck, and it continually switched itself on and off.

I replaced it and then stuck it in a drawer until a couple of weeks ago when my son Jeremy needed a phone to use while his was being repaired. He found a way to repair the power button, and it’s still going strong! 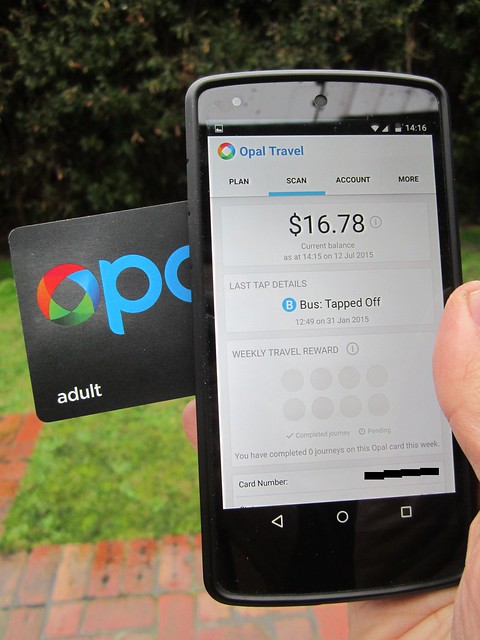 October 2016: Google Nexus 5X (which cost me $489 at the time) — the spiritual successor to the 5. I really wanted to like this as much as the 5, but I didn’t. It was a good phone, but not a great phone. It feels a little laggy at times.

Perhaps that’s one of the perils of buying a phone that was released 12 months earlier.

There’s also probably a point at which (for all phones, tablets, and other devices) you should stop installing major upgrades to the operating system, which often bring major new features requiring perhaps more horsepower than the device can provide. Instead, it might be better to just install the security patches… at least until they run out.

Having a good, fast reliable phone is more important these days than it has been in the past. I’m not sure that back in the day, any of us Gen Xers really appreciated that by the 2010s we’d literally have such a useful computer that we could carry around in our pockets all day.

I decided last week to get a new phone, and after some research settled on the Motorola G5 Plus (currently retailing for about $380), for three main reasons:

Get something faster. The 5X was released in 2015. Interestingly, you can still buy it new through some dealers (though Google themselves no longer sell it, having moved to the Pixel — at about double the price). I think there are now better value phones in the $400-500ish range.

Fear of the boot loop. I don’t know if it’s common or not, but a known hardware problem with the 5X phone is that occasionally they will get into a state where they continually boot, and (barring hacks to fix it) have to be sent back for repair or replacement. This is something I could deal with at home, but there’s no way I’d want it to happen while on our overseas holiday later this year.

Dual SIMs. I’d like to have mobile data for maps and so on while travelling, but I’d also like to be reachable on my usual phone number. Telstra international roaming isn’t cheap: $85 for 300 Mb or $160 for 600 Mb.

In contrast, a Three UK prepaid SIM, including 1 Gb data and texts and calls for a month, costs 10 pounds (A$17), or 12 Gb for double that cost, and it includes roaming in Europe. (I’m still looking at the options, but this appears to be one of the best.)

The solution to cheap local rates + keep your usual number? A dual-SIM phone. Use data and outbound calls on the cheap local SIM, and still be able to receive calls/texts on my Australian number. And the money savings will help subsidise the new phone.

(I wonder if the phone companies dislike this?)

In fact I suppose I could even choose to use a second SIM at home to get cheap data and/or try and get around the Telstra capacity problems on peak hour trains between Malvern to South Yarra — though from what I’m told, the other carriers are no better. 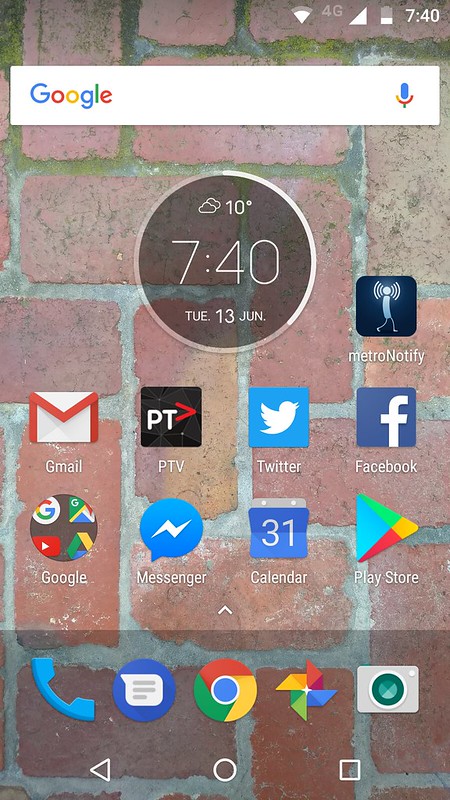 So I bought a new Moto G5 Plus, and sold the Nexus 5X on Gumtree over the weekend. (eBay won’t let me sell a mobile phone, due to Paypal having a grudge against me, for reasons they’ve never been able to explain.)

I listed it for $220, and got all sorts of cheeky offers from as low as $130. I refrained from telling them they were dreaming. Eventually accepted an offer of $180 from a bloke who had a Sony phone he quite liked, but dropped it and smashed the glass. Whoops.

And the new phone? So far so good, apart from the wallpaper, which I’ve changed to my own design, and the “Hello Moto!” audible greeting, which was the first thing I switched off!

Note that receiving calls while roaming also costs a fortune.

@jon, good point – for Telstra Prepaid it’s $2 per minute in the UK, $4 per minute in Belgium. But it looks like even buying a Telstra data pack doesn’t cover that.

Telstra Postpaid does have options to get cheaper voice calls.

If you are a bit savvy with the command prompt and/or linux, you could go explore the XDA-Developers forums and readup on volunteer modders who would get the newer Android versions on older phones.

My 6 year old Samsung Galaxy S2 is still running strong (albeit with the batteries replaced a few times) and running a lightly-modded version of Android Nougat. Maybe you could do the same to the Nexus 5X.

@Arfman, that would be clever, but wouldn’t actually solve any of the issues I’ve had. The 5X already happily runs Android 7 (Nougat).

The old Nexus 5 that is still in the family only officially goes up to Android 6 (Marshmallow), but I noticed performance suffered when it got upgraded from Android 5 to 6, so I’d be very wary of trying 7 on it even if it’s possible.

The Nougat I have released updates every couple of weeks or so, but I have yet to go ahead and apply those updates. I found the 6 slower than the 5, but the 7 faster than 6 on the Galaxy S2 for some reason.

I was researching dual SIM recently and discovered that it’s not as good as it sounds. Apparently the second SIM only does 2G (on pretty much every dual SIM handset from every brand), which is of no use at all in Australia as 2G has been shut down already. Its value overseas will probably be diminishing too.

[…] a fully-functioning phone was important to me. Although I was planning to buy a second SIM (my phone can take two), some of the services I use, such as banking, uses SMS for two-factor authentication. I also […]