Another in my series of ten year old photos… September 2006.

Most of my photos this month were snapped with my phone camera of the time, the Nokia 6230i. Not bad for 2006, but a bit grainy by today’s standards.

Richmond station, before we got the all-over platform cover. Other than that in some ways it hasn’t changed a great deal. 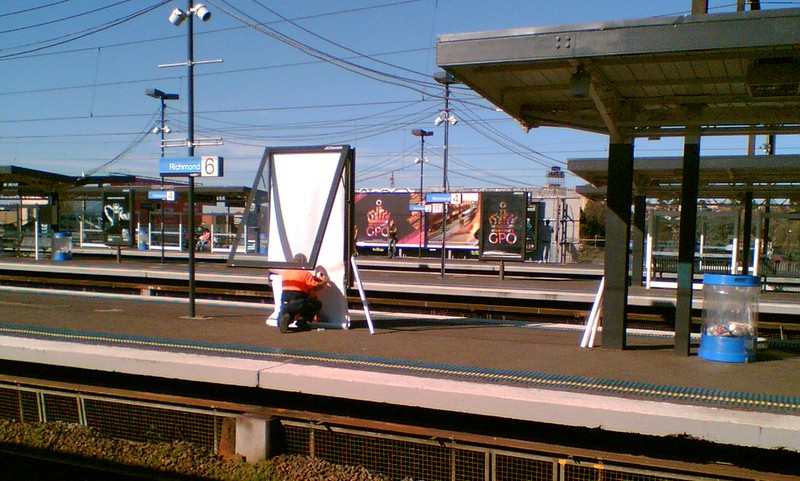 A sighting of the Myki truck, at Birrarung Marr near the Tennis Centre. The smartcard project had been running for a couple of years, but this was when they unveiled the name “Myki”. 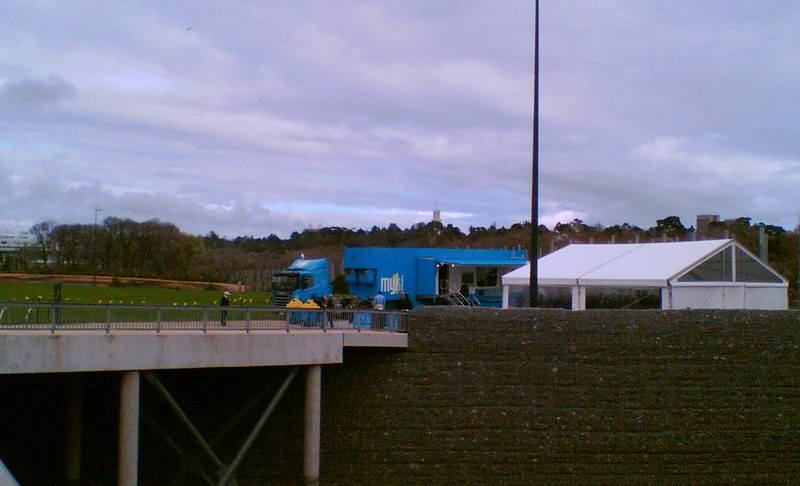 And who’s this youthful looking bloke rambling on about the importance of staff alongside automated tickets? He looks a bit like me, but with less grey hair. 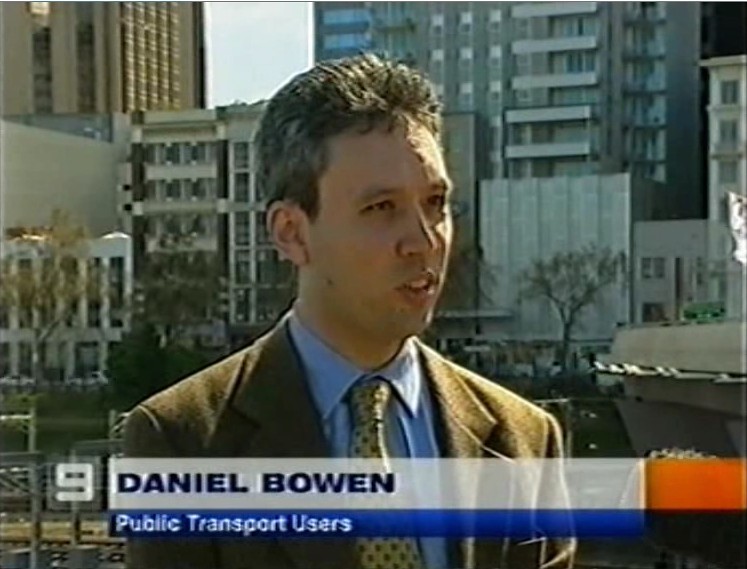 The Manchester Unity Building, with Burke and Wills looking on. This view has barely changed. 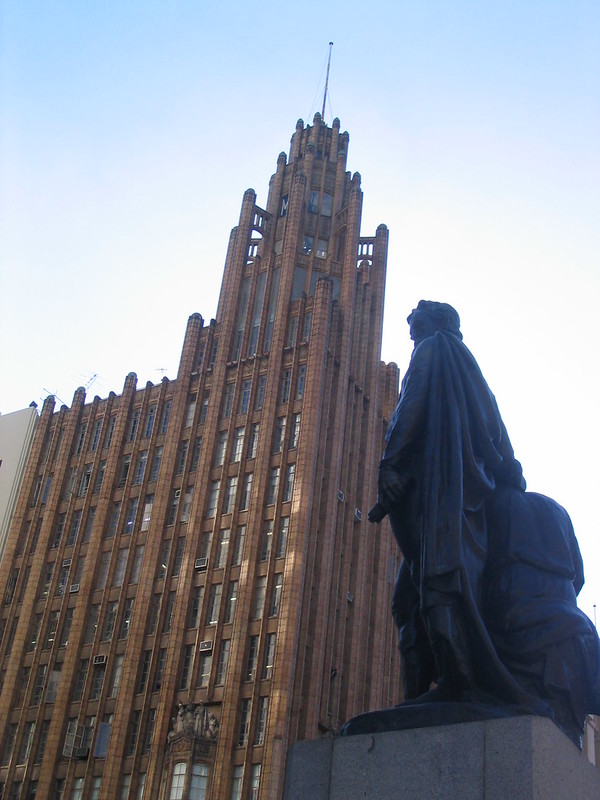 Before there were tram platform superstops across the CBD, there were just “safety” zones. This is Flinders Street, eastbound at Elizabeth Street. 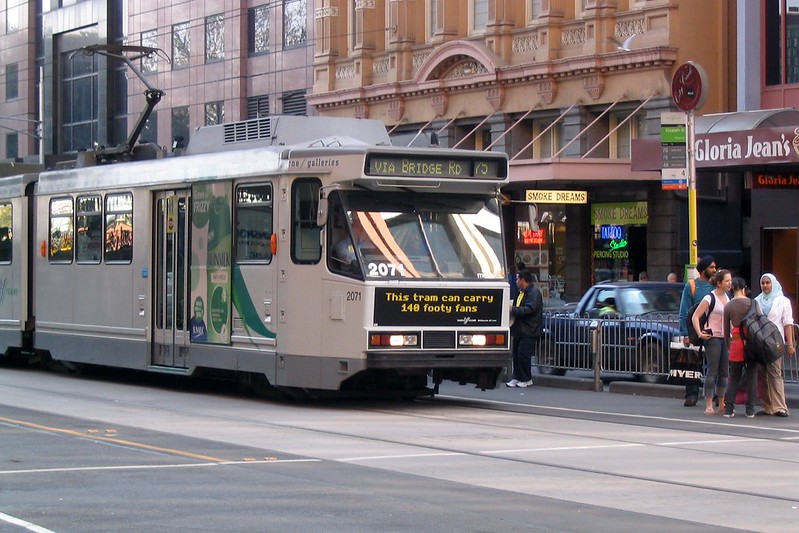 Nearby, the Flinders Street Station centre entrance. Unstaffed and one gate left open, as was common in those days (and is still common at suburban stations). 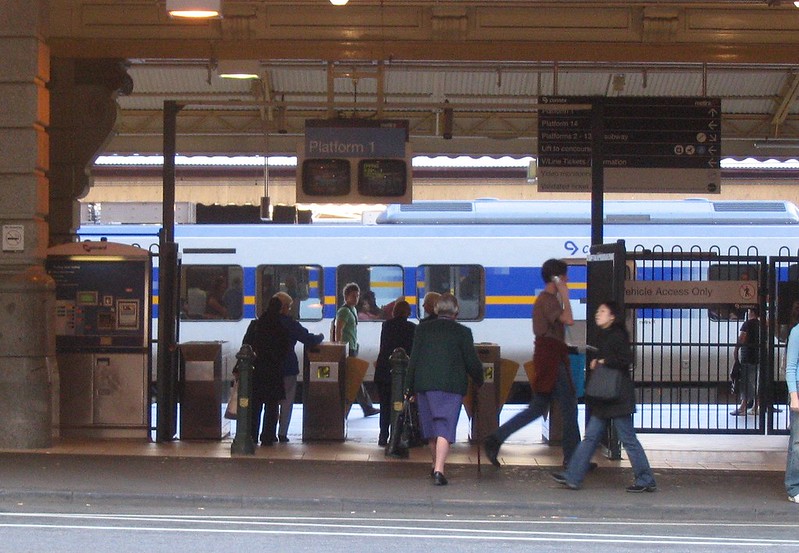 An old (even then) 404 bus timetable in Footscray, in one of those ancient “The Met” timetable cases. I’d assume this was from the 1980s. Note the bus was every 20 minutes on Saturday mornings back then. Now it’s every 40 minutes. 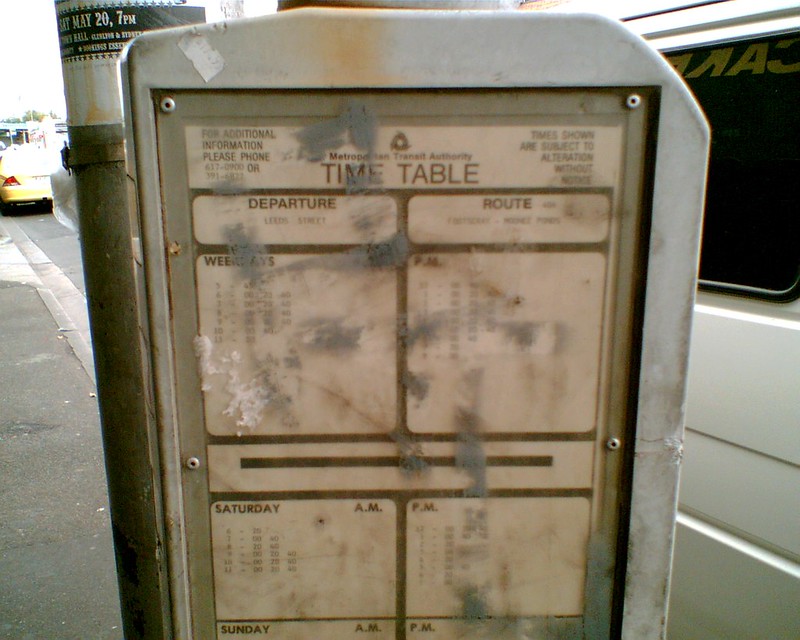 That timetable reminds me of the ~20 year old unreadable Melway map still on display at East Richmond platform 2.

As a PTUA spokesperson, you look better in a suit (grey hair makes you even more credible !)

Before I scrolled the screen down far enough, I thought that was a photo of Peter Dutton.

Hi Daniel, I think it would be great if you put something together on the new tender process given that it seems to be a formality. Furthermore, what new metrics/KPIs should be included and what other issues/improvements do you consider relevant?

Ah yes, the good old route 404. Even today, it’s still stuck in a bit of a timewarp – it’s exclusively operated with high-floor buses. I’m not surprised the frequency has been cut back, as it doesn’t seem to attract much patronage (in off-peak times, it’s mainly older people living near Ascot Vale Road).