Our last day in Singapore.

After breakfast we headed for the pool for a while. It was warming up but not too hot, and very nice in the water.

Then a moment of panic. Where had I put my room door key card? It was in my bathers pocket, and… oh. There it is. On the bottom of the pool. Fortunately it seemed intact and it still worked. 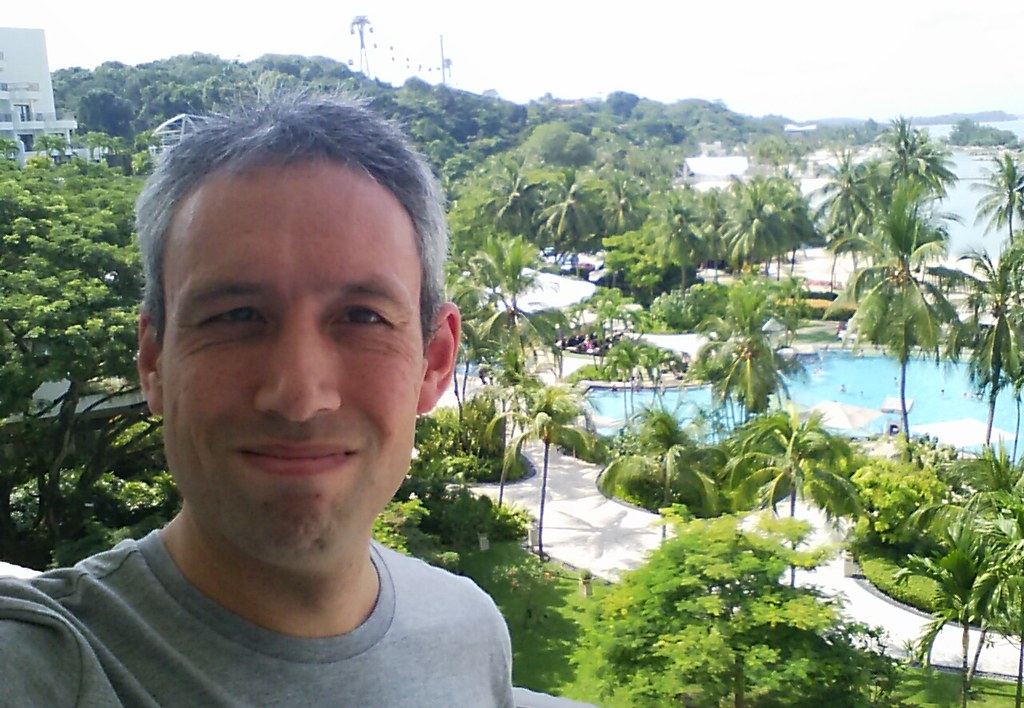 We packed up our bags for the evening flight, and checked out. I hope we’ll be back – staying in a resort for a couple of days is a pretty good way to relax, and not extraordinarily expensive.

We caught a taxi to a hotel back on the Singapore mainland, in Havelock Road. I only had a vague idea where we were going, but it was a long way from an MRT station, and impractical with luggage.

At the hotel we met my extended family, including the newlyweds J+V, for a family lunch. Buffet of course.

We still had many hours to kill, but decided to head to the airport and dump the luggage. I’d never tried Uber before, but thought we’d give it a go. I’d signed up and installed the app in advance.

It all worked super smoothly. All the things you could wish for in a taxi app they’ve put in the Uber app: it knows where you are for the pickup; it shows you the vehicle licence plate and the driver’s name and tracks their progress towards you.

Salim was our friendly driver, and got us quickly and safely to the correct airport terminal. We chatted on the way, and it sounds like Uber in Singapore faces a similar debate with the taxi industry as everywhere else.

The fare? Only S$4 — how could that possibly be enough for the driver to make a living? No wait, it was $19 minus a $15 credit for joining with a promotional code. It still seemed very reasonable.

We were many hours early, but rearranged our luggage to hold onto our carry-on, and checked everything else in.

To fill the time we caught the MRT to Pasir Ris, a terminus station adjacent to the large Pasir Ris Park, and had a walk around. 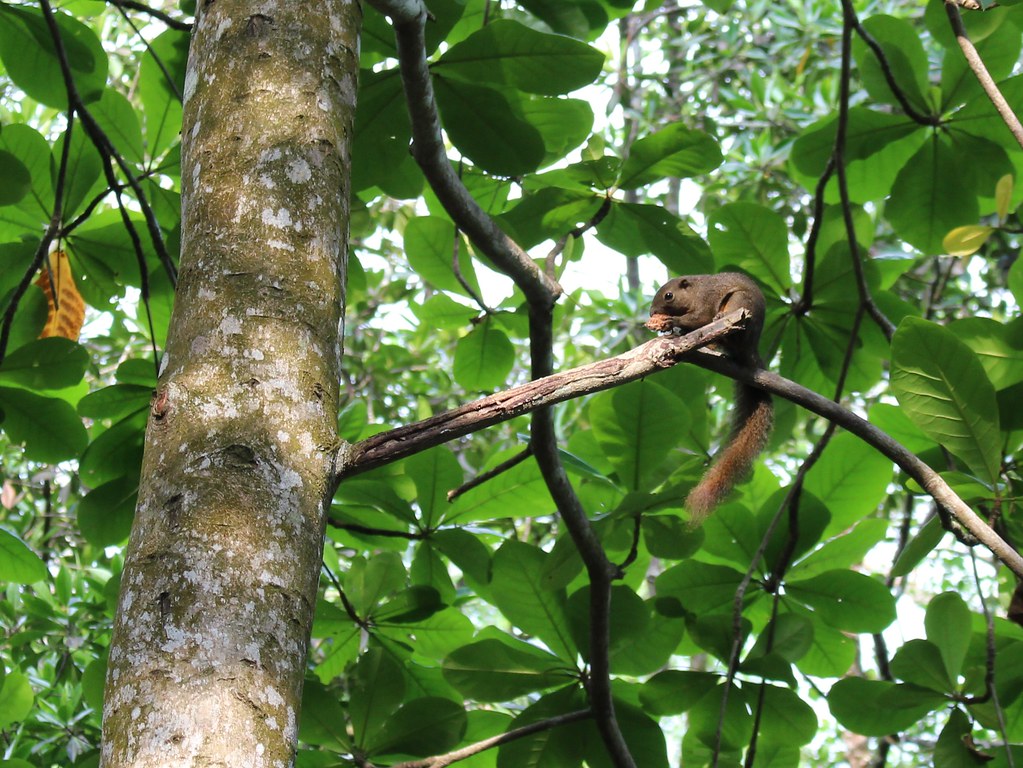 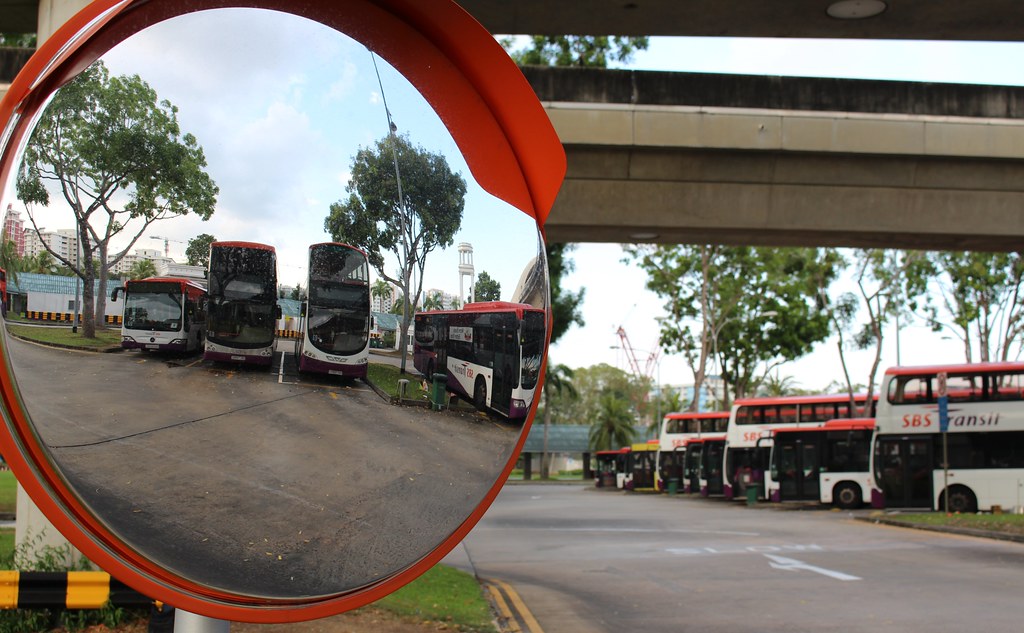 Under the railway station was a bus terminus, including facilities for drivers while their buses layover. (I’ve got a post about elevated rail in Singapore coming up.)

Inside the park we detoured through the “mangrove forest board walk”, a nice contrast to the manicured gardens in the rest of the park, then headed towards the water. 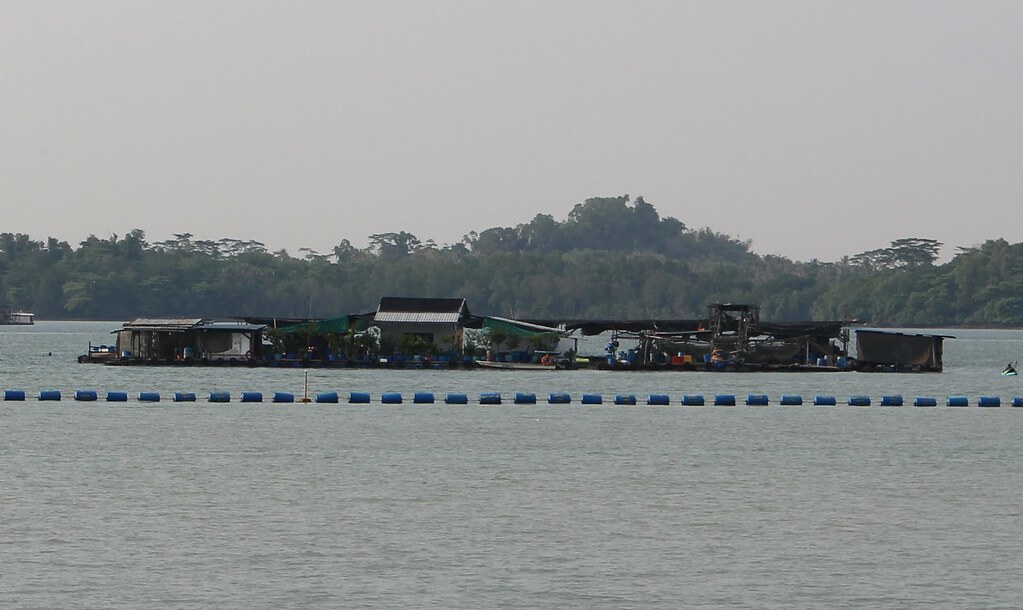 At the water, you can see across to Pulau Ubin, an island off Singapore. You can also see what appear to be a couple of floating shanty towns. Well, not towns, maybe houses. I don’t know, they were too far away to see properly, but appeared were something of a contrast to the perceived modernity of Singapore. Can that really be right? Wouldn’t they be more practical closer to the shore?

Update: they are traditional floating fishing villages! See comment from Eugene, below.

Back to the train, and back to the airport — one remarkable sight: a piece of litter on the train. Every other train and station we’d seen was spotlessly clean, and litter-free. 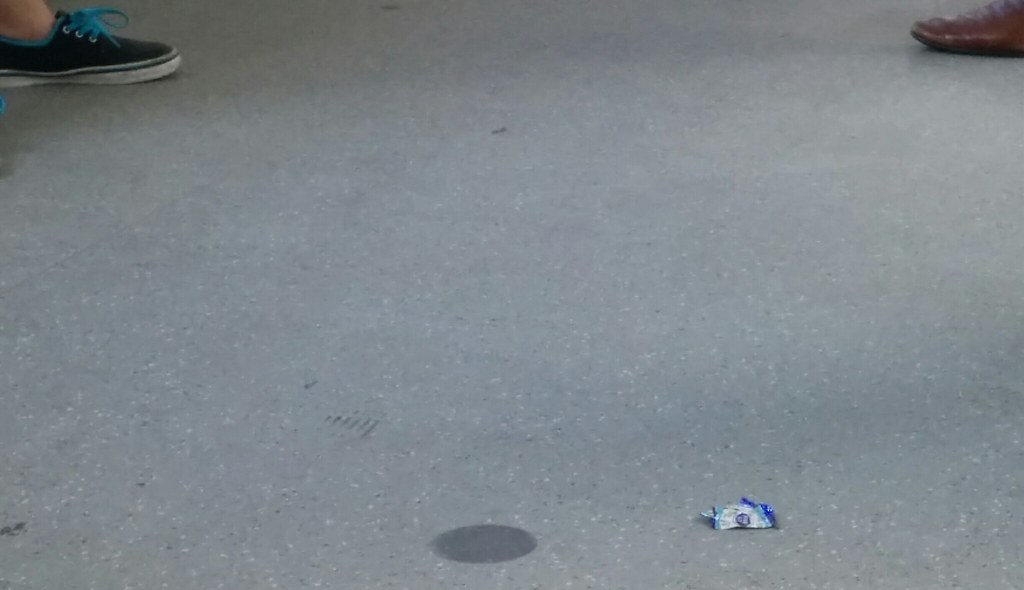 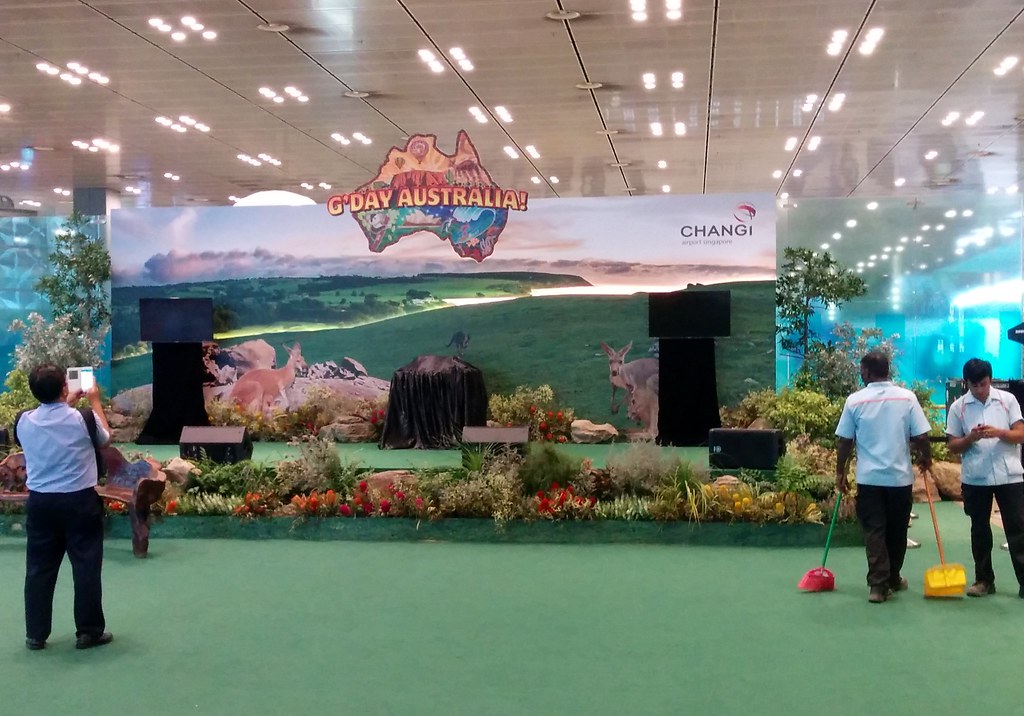 I wanted to change from shorts into jeans for the flight back, so found myself a toilet cubicle to get changed. Changi is a very modern airport, but this turned out to be a squat toilet… I got changed, but decided not to use it.

Before too long it was time to go through Passport control, then security, and board the plane.

We flew back through the night. Not much sleep, and they said we’d arrive even more early than the appallingly early scheduled 5am time. 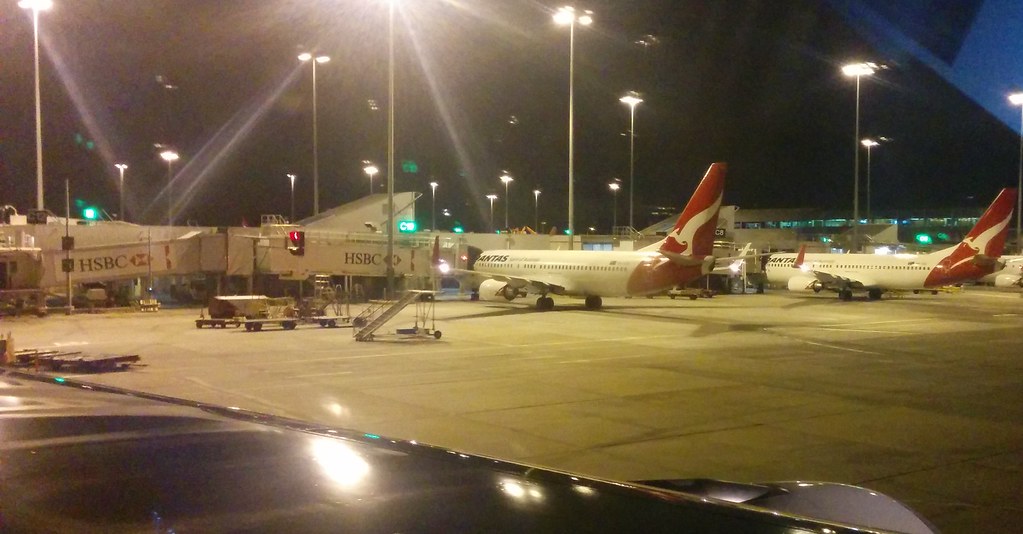 It was before dawn when we arrived. There were minimal queues getting back in through Immigration.

Eventually home, I meant to lie down for an hour or so, but woke refreshed three hours later.

Back in cold, windy, wet Melbourne. I was already thinking about my next holiday.

See all my other posts about the Singapore trip

fyi, those are not ‘shanty towns’. They are traditional floating fish farms called a ‘kelong’.

@Eugene, thank you for the info!