We awoke in the resort on Sentosa, with one more full day before heading back to chilly Melbourne.

Breakfast buffet. I totally ate too much, and I didn’t even get to have an omelette (made fresh by chefs in the buffet area).

But anyway, time to explore! 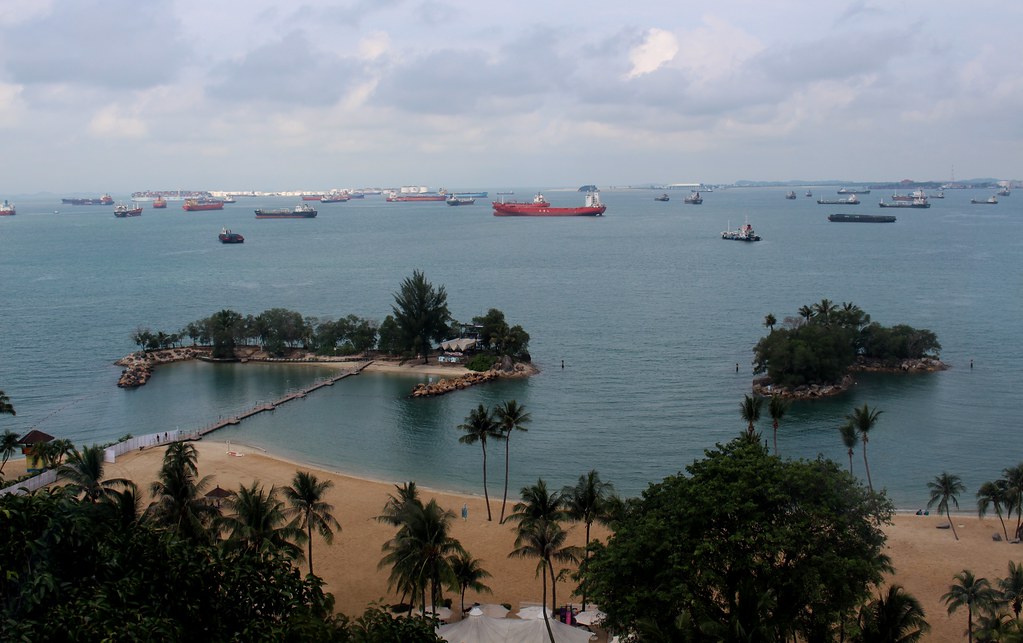 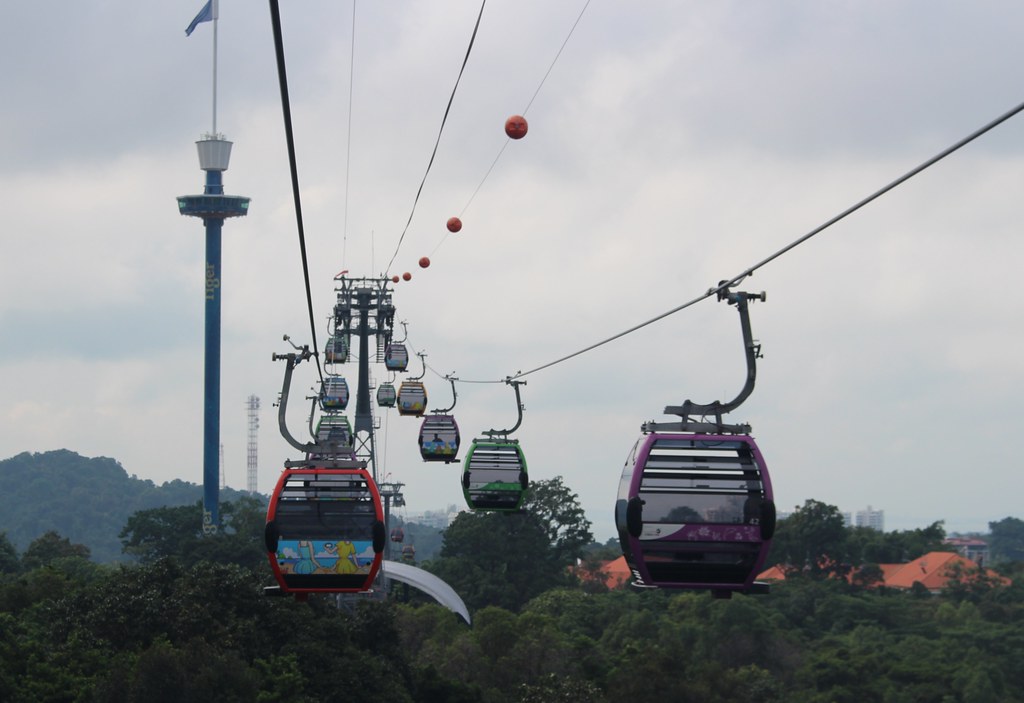 Sentosa island has two cable car lines. One goes east-west across it, the other heads north across the water to the mainland of Singapore. We went across the island first, looking down on the various attractions, theme parks, hotels…

Near the eastern end of the cable car is the Merlion, a 37 metre-high symbol of Singapore, a guardian of prosperity. This particular one was apparently sculpted by an Australian. 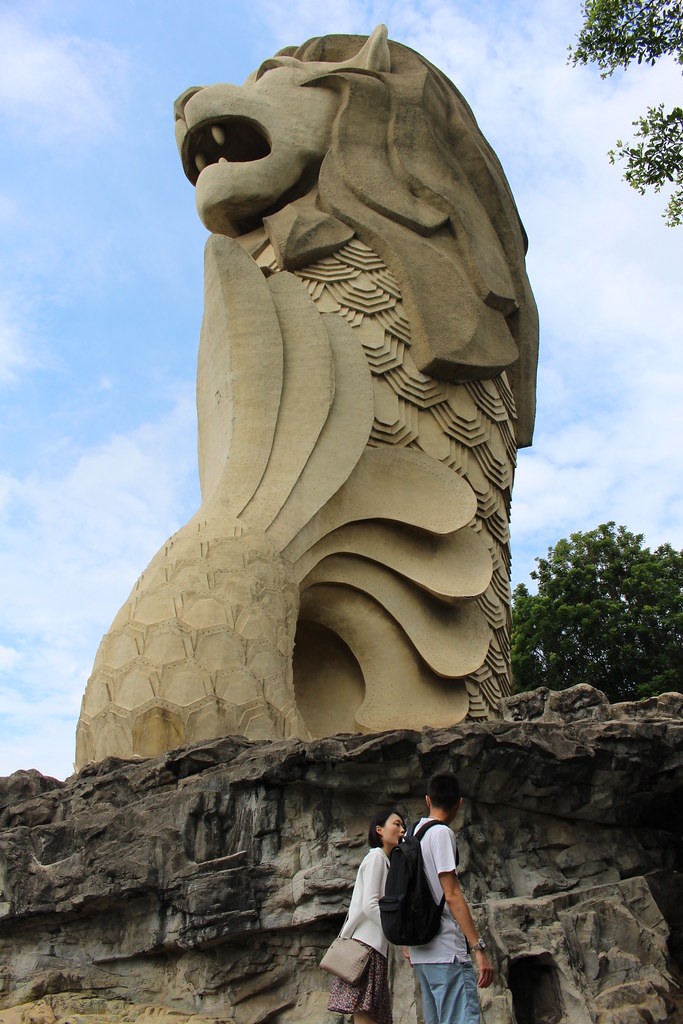 The area around the Merlion definitely had a kind of Luna Park feel to it. The monorail from the mainland (which connects the giant VivoCity shopping centre to Sentosa) zoomed past every few minutes.

Most of the time when I spotted the monorail trains, they were overcrowded. In the evening when a lot of people were heading back to the mainland, there seemed to be long queues on the station platforms. Their capacity isn’t great. Like the cable cars, they’re really a toy, not a mass transit solution.

After a look around, we caught the cable car back halfway and switched to the other one to go to the mainland. This took us way up high over the water and shipping, but what really got me feeling a little giddy was after a station in the middle, it went even higher over roadways and forest, up the mountain to nearby Faber Point. 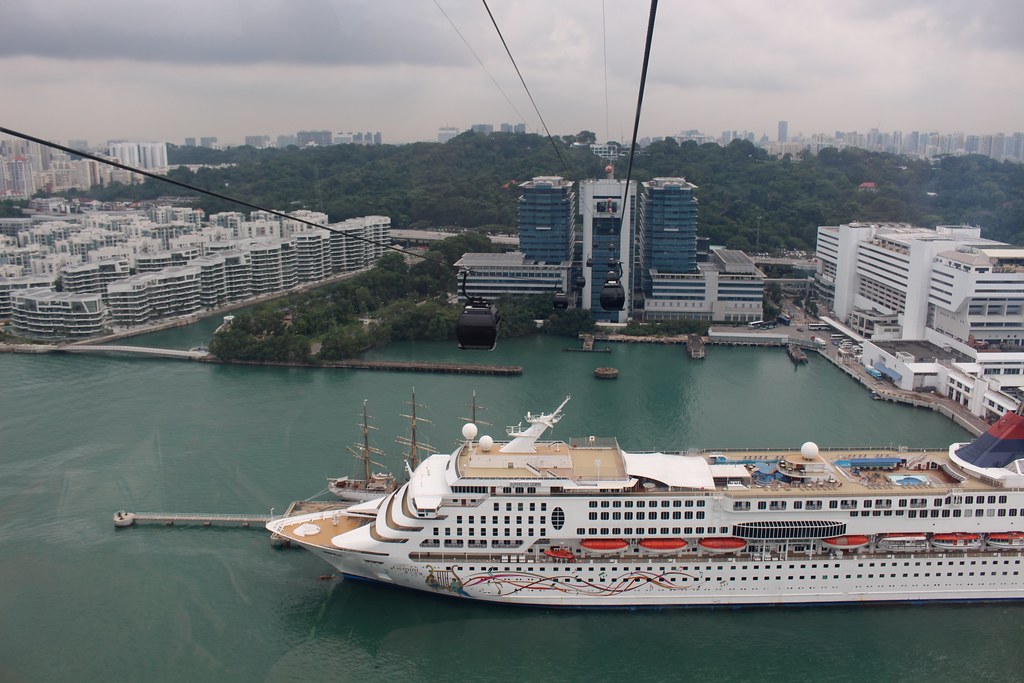 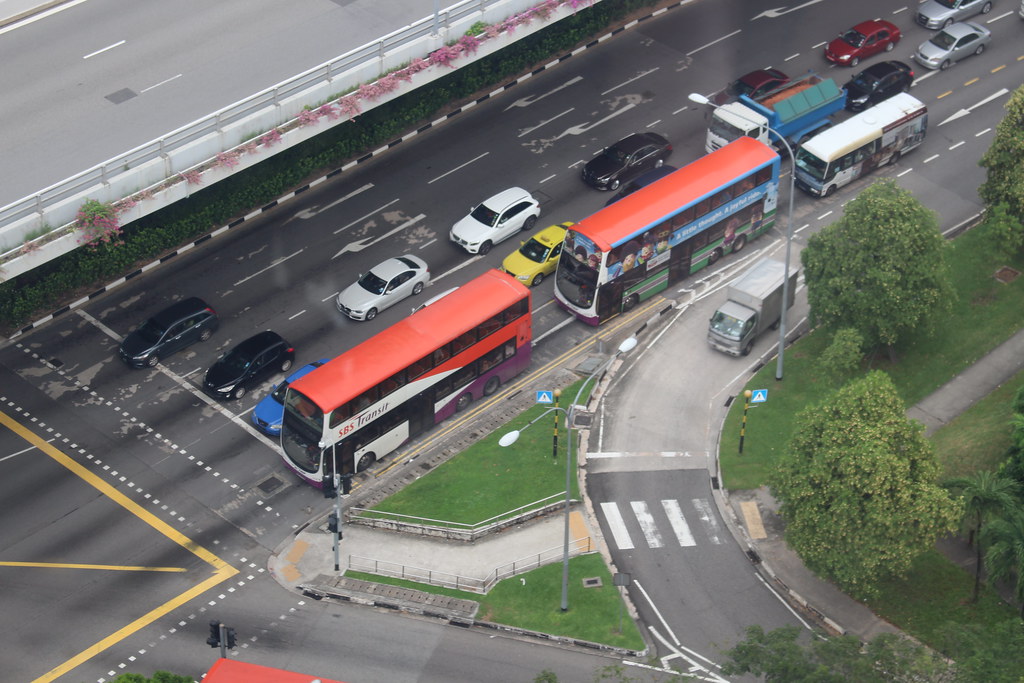 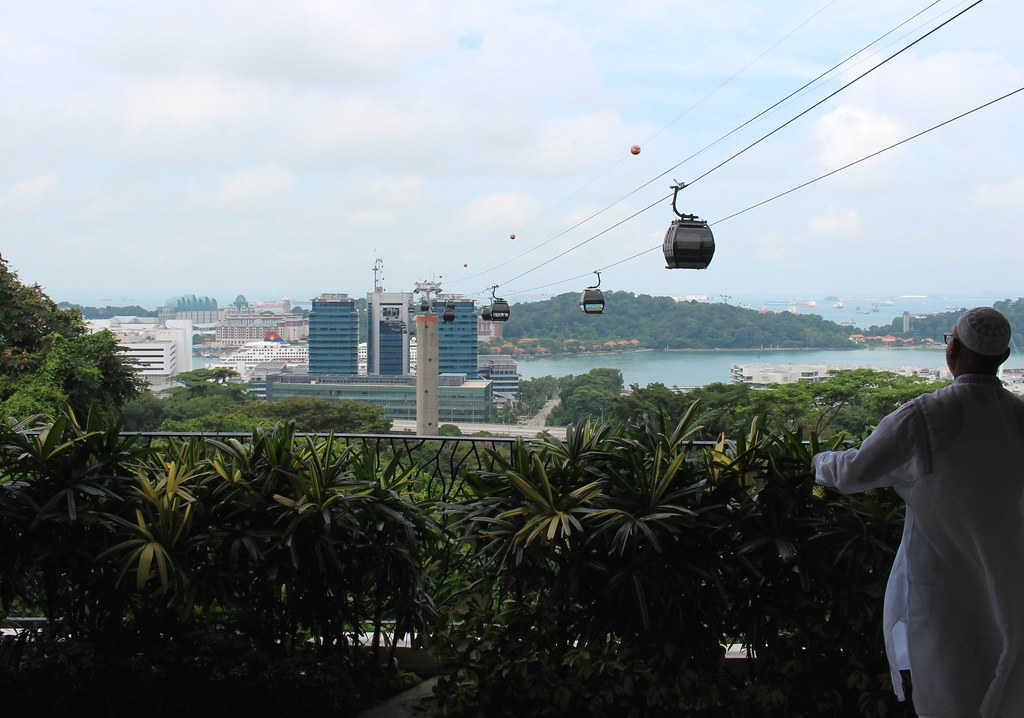 At Faber Point was a glorious view over the Harbourfront area, and a nice breeze to cool us down – it was getting pretty warm by this point, and the cable cars aren’t air-conditioned.

We caught it back to the middle station at Harbourfront, which as the name might indicate is all about shipping. Walking around there we encountered a load of passengers about to board a cruise ship, all pulling their suitcases along.

Into the VivoCity shopping mall, not looking quite as frantic as the day before, and we caught the MRT one stop, then changed to the East-West line and hopped off at nearby Redhill. I wanted to look at an example of an elevated railway station – M didn’t really care, she just wanted to stay out of the sun. 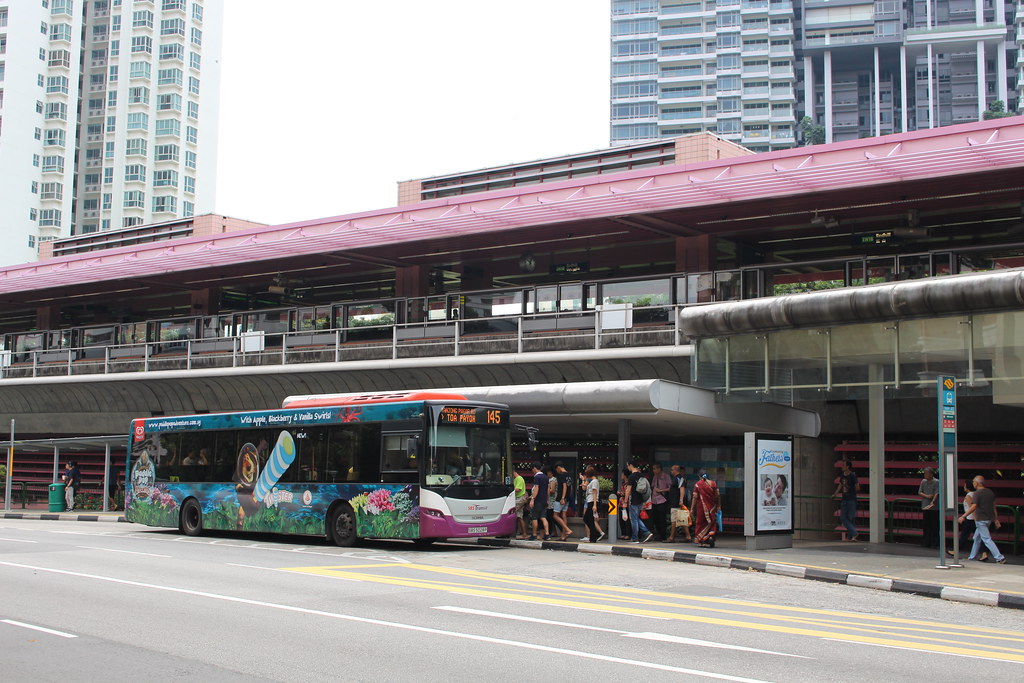 I’ll write all about that later, but from there we went back to VivoCity and after some hunting, found some lunch in a faux hawker stall. 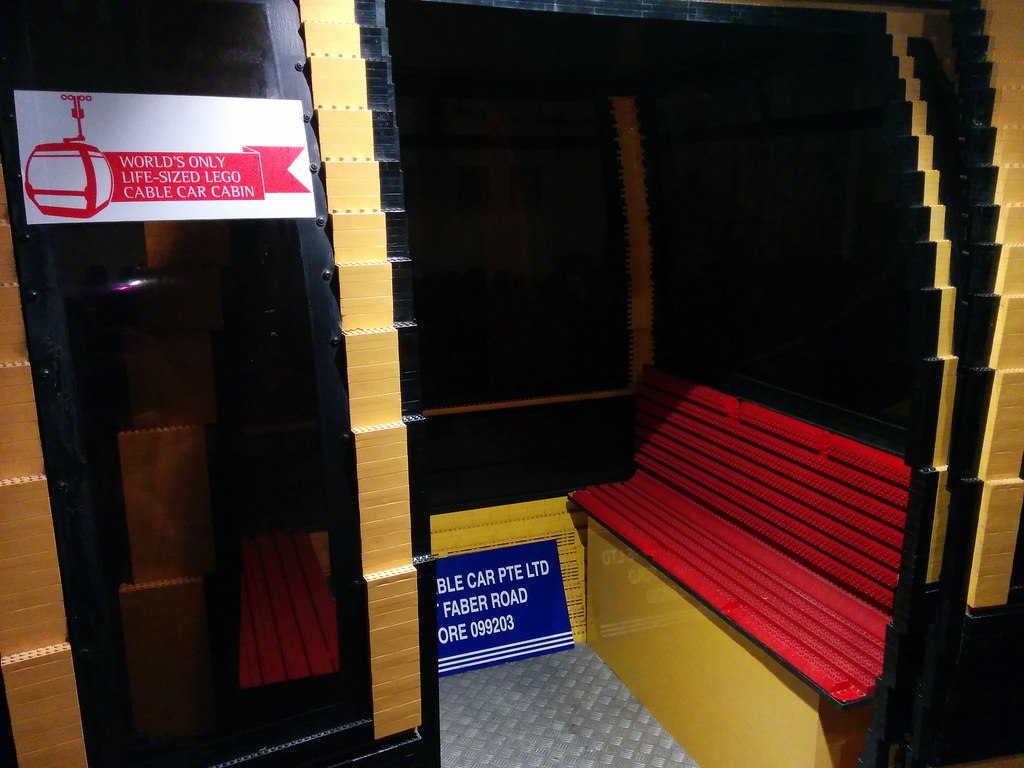 The cable car was more crowded heading back to Sentosa. At the interchange station they had a cable car museum, including a slightly odd fully-sized cable car made of Lego.

We got back to the hotel. When we’d first arrived at the resort, I’d noticed a warning on the hotel window about roaming monkeys on the balconies. I read it but thought little of it. 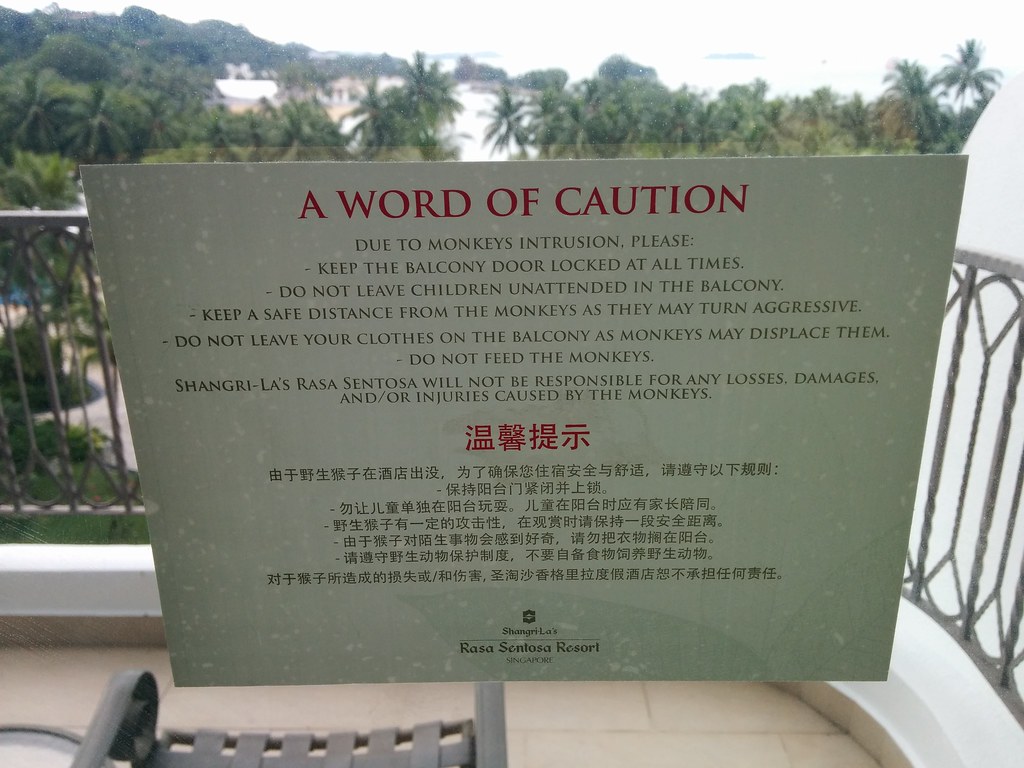 But now I looked out to see… a monkey! I grabbed my phone and got a photo, then dashed back for my “real” camera to find it had gone. 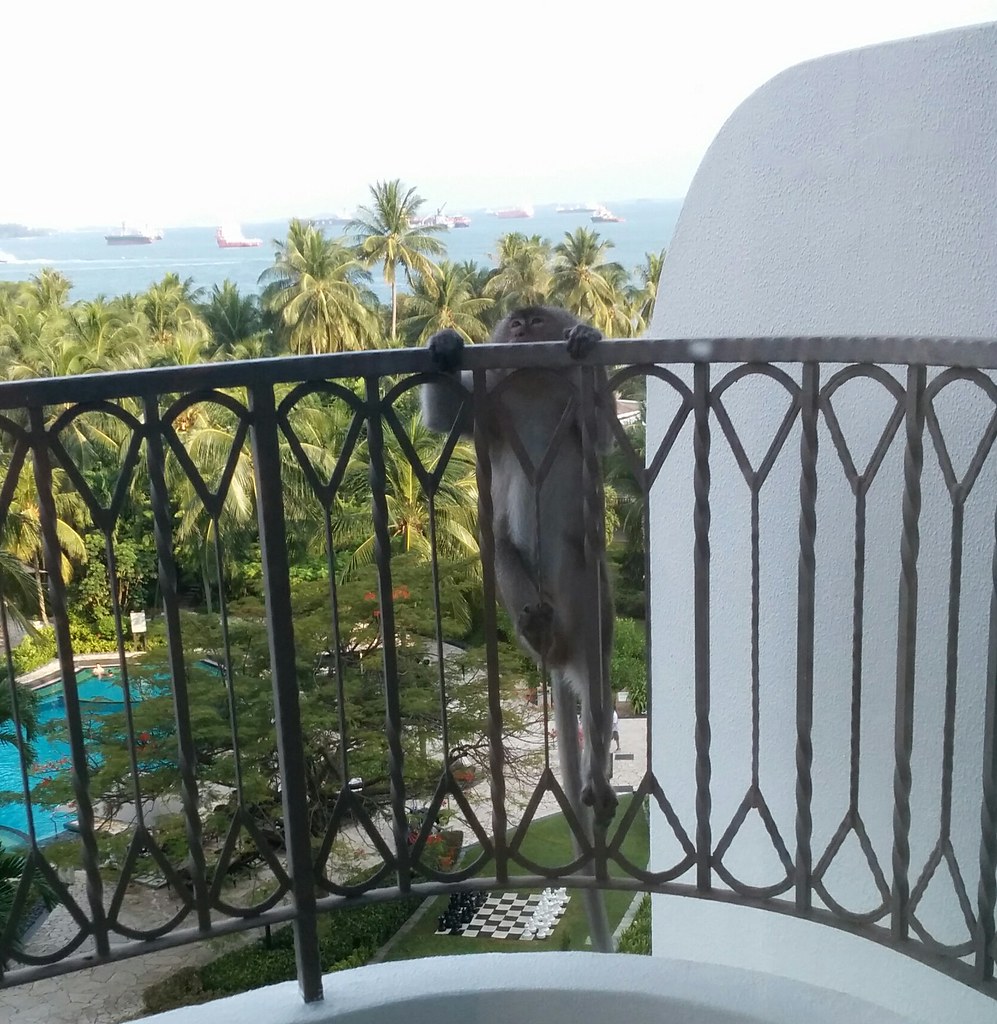 I went out onto the balcony and looked around. Other people on nearby balconies were looking as well. One said it had climbed all the way to the top of the building, but I didn’t spot it again.

We got changed to have a laze on the beach, accompanied by drinkies. My sister and her family were heading to the airport to go home, so we said goodbye to them.

It was pretty hot, but pretty relaxing at the same time. It’s quite luxurious having your drinks served to you on your beachfront lounge chair. 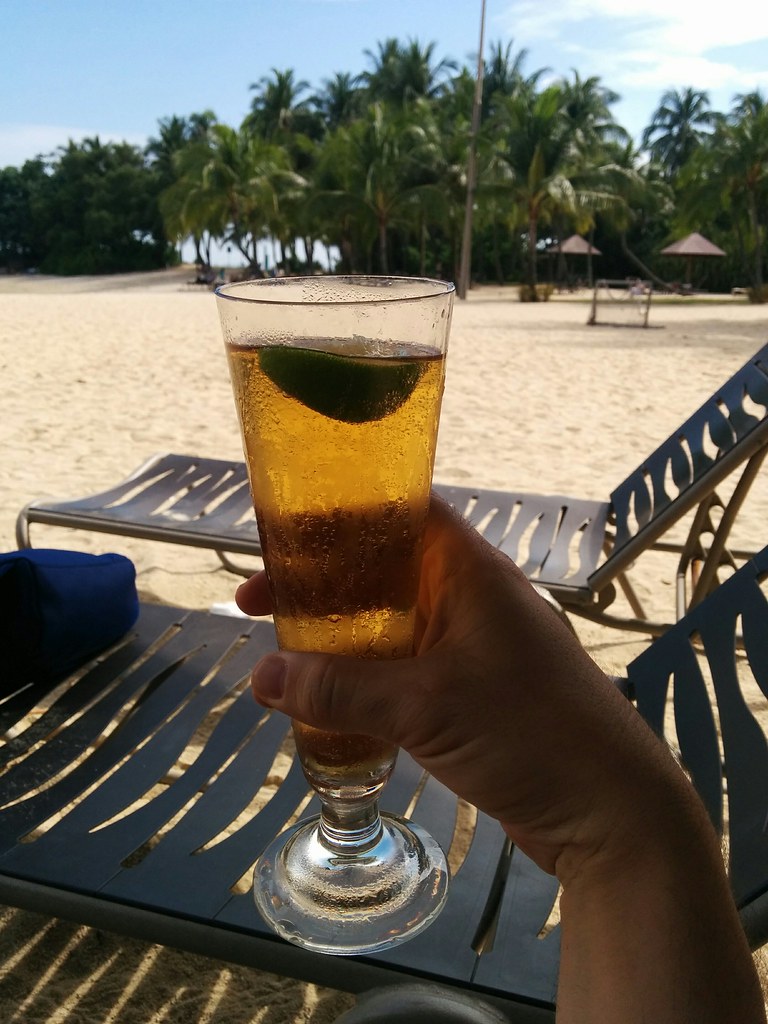 After some serious relaxing for a while, we went back to our room, then headed for dinner.

Famous dumpling house Din Tai Fung (which also has an outlet in Melbourne’s Emporium) is back near the Merlion, so we caught the cable car back there (for an extra dollar, we’d paid for two round trips… at this point evidently enough boxes had been ticked on our tickets that had the cable car ticket checkers seemed to start to eye us with a little suspicion… clearly we weren’t going to get away with any more rides than we had paid for). 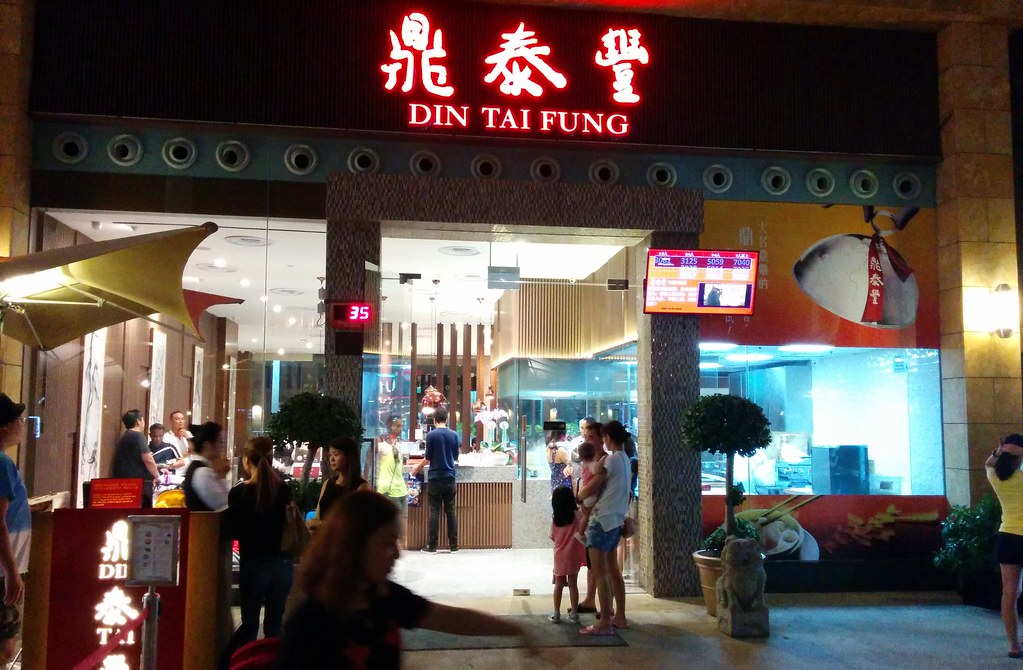 There was a 25 minute wait at Din Tai Fung, but we happily took the time to look around and fill in the menu/order form, and the food when we got in was totally delicious.

A relaxing cable car ride back (“Where are you going?” “Siloso beach”) and back to the hotel for one last night in Singapore.

One reply on “Singapore day 6: cable cars, giant lions, and lazing on the beach”

I wonder if monkeys might be trained to grab certain items.