The third and final day of my obsessively-blogged short trip to Sydney, and it was destined to be pretty geeky. After breakfast and checking out, we caught a train to Penshurst (changing at Wolli Creek, which I assume is a pretty new interchange station), then a walk in the sun to The Gamesmen, a shop we’d run out of time to visit on Saturday. It had a pretty neat mini-museum/shop of retro games, though as Isaac remarked afterwards, the things he was most interested in buying weren’t for sale. 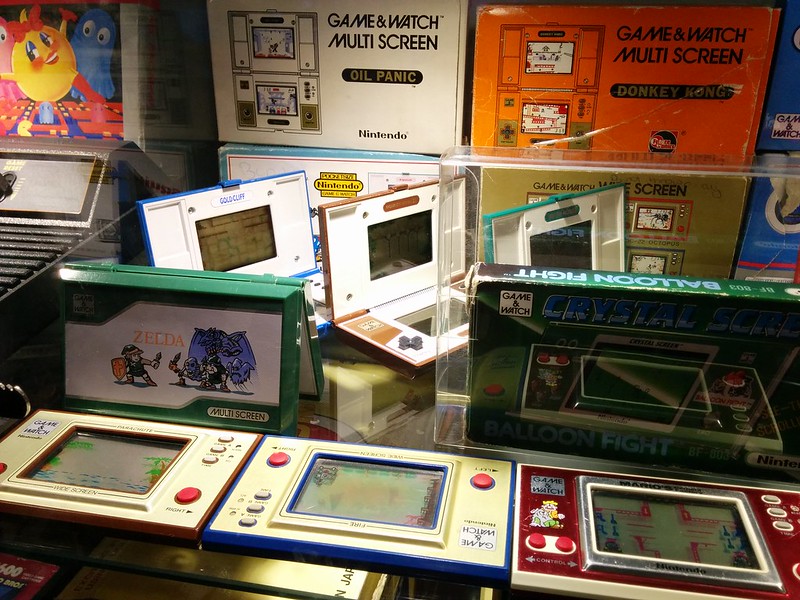 From there we caught a train back into the CBD, hopped off at Town Hall and wandered around the central shopping area, cutting through the very impressive QV building and heading up George Street, which was partially closed due to light rail construction.

We looked inside the Apple Store in George Street. Melbourne CBD doesn’t yet have one of these, and it’s a different beast to the suburban Apple stores. Apple obviously has made an attempt to make this something of a geek landmark, all gleaming metal and glass.

And like Apple’s interfaces, there’s a minimalist design inside, which doesn’t tell you what’s up on the next level — you’ll just have to click, I mean climb and go and find out. The stairs were weirdly silver metal, like walking around inside a giant Apple computer. 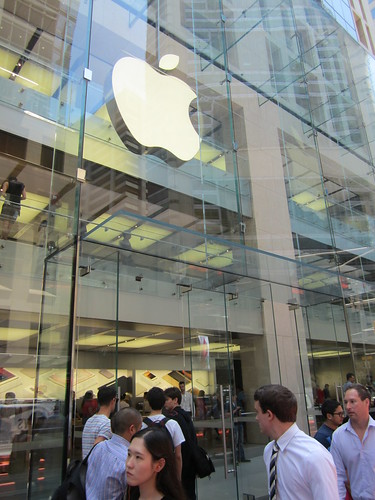 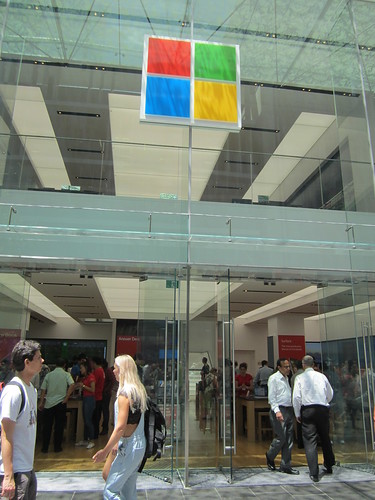 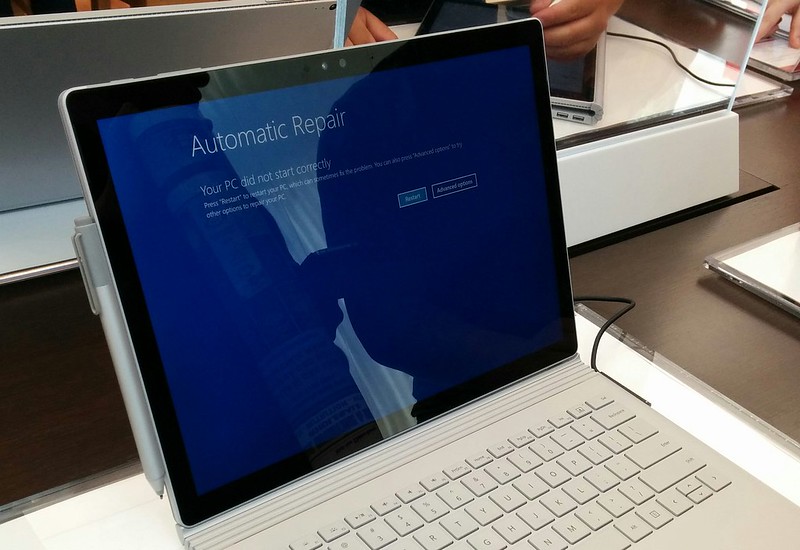 In nearby Pitt Street, we found the Microsoft Store, also unknown in Melbourne. It’s like they tried to copy the Apple Store, but ended up with something not quite as fashionable. Both stores had helpers in red t-shirts. Hopefully that’s not redshirts in a Star Trek sense. And typical Microsoft, one of the laptops on display had stopped and was in Repair mode.

We found some lunch in one of the shopping centres, then took a look in the very grand Museum of Contemporary Art at Circular Quay. It was okay, but I think not as interesting as the Art Gallery of NSW which I visited last year.

The weather was glorious as we wandered around the Quay, stopping to buy ice-creams at some place called Royal Copenhagen, though Princess Mary didn’t seem to be in attendance.

The previous night we’d noticed one huge cruise ship in port. Today a completely different cruise ship was docked — a P & O liner — it turned out the next day P & O had no less than five cruise ships in the harbour. 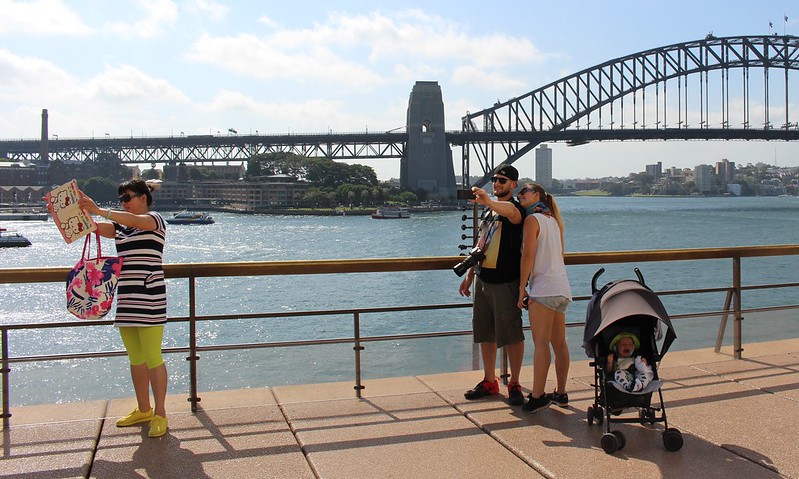 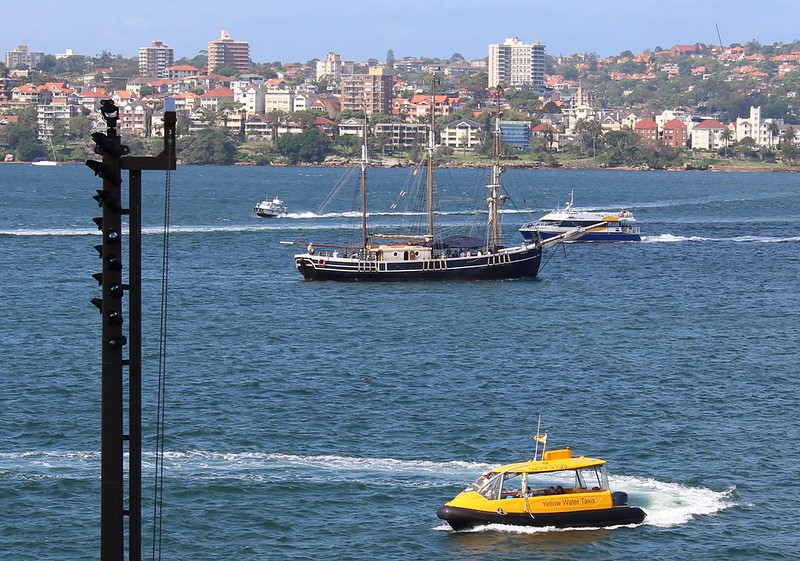 Only a matter of time before there’s Water Uber?

We had a look around the Opera House, joining many other tourists snapping away on our cameras, before climbing the nearby Moore Steps and finding a park to have a little rest on the grass.

By this time it was getting late in the afternoon, so we went back to the hotel and picked up our luggage, then headed for Museum Station and a train to the airport. Being peak hour, the train was pretty busy, and notably there must have been 100+ people getting off at the Domestic Airport station — pretty good for a service running every 6-9 minutes as they do in peak. 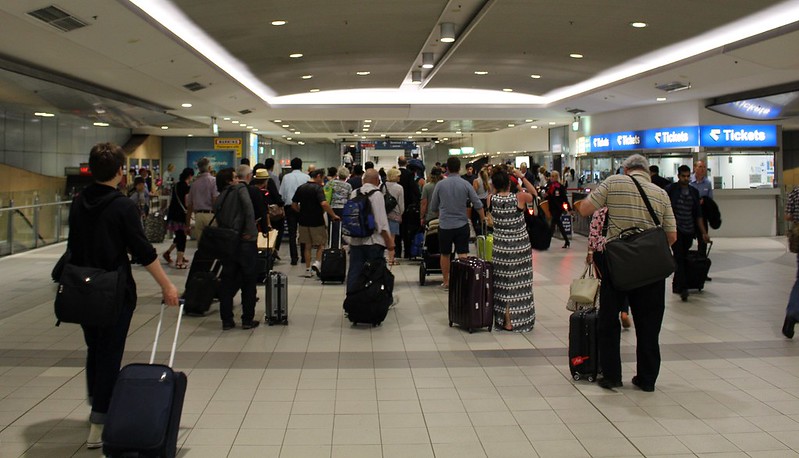 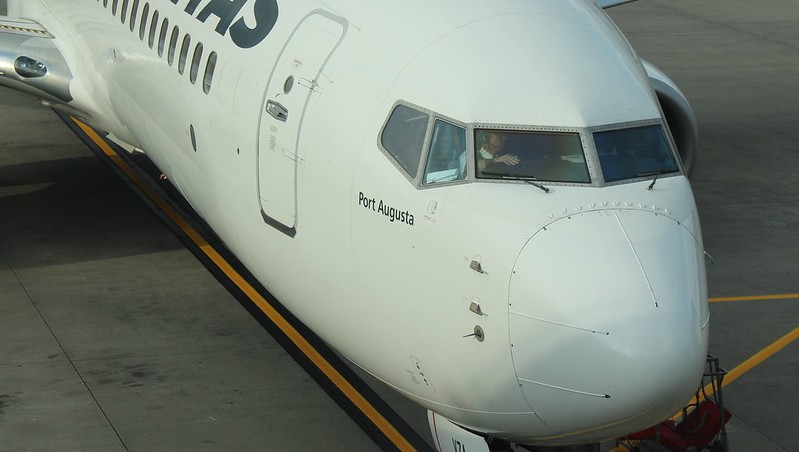 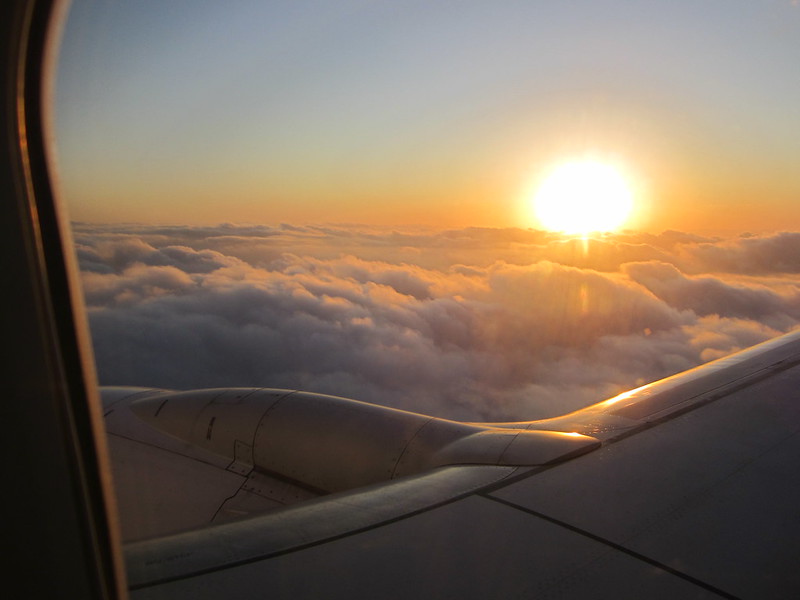 An uneventful flight back — a dish of chicken gumbo for dinner — we landed back in Melbourne on time. I was furiously chewing gum again, and managed to bite my own tongue as we landed. Ouch.

We walked back to the car park, encountering the taxi queue along the way. The lead taxi was parked right across the pedestrian crossing, blocking the ramp — making life difficult with wheeled luggage. I angrily tapped on his boot as we walked around, and he moved a paltry few inches up, not really helping at all. Honestly, I know taxi drivers aren’t perfect, but I really expect better from people who drive for a living. This guy might as well have been trying to get people offside deliberately — the last thing the taxi industry needs right now.

Anyway, it was a quick trip home from there.

We had a great time in Sydney. Yes, it cost a fair wad of cash to go up for only 3 days, and to attend the Doctor Who Festival, but the weather was perfect (we arrived the day after the 41+ degree heatwave), and the whole trip was very enjoyable.

I don’t think your trip is “obsessively-blogged” – quite entertaining actually.
A bit hard to tell, but is the baby in the pram howling while its parents take a photo?
Curious as to why you flew Qantas? Was it on frquent flyer points? My work rarely lets me fly Qantas since they are almost always more expensive than Jetstar and Virgin.

@Roger, I’m not sure if the baby was howling or yawning. I don’t recall hearing howling.

On this occasion, Qantas wasn’t too much more expensive than Virgin or Jetstar (unless we chose Jetstar from Avalon). From memory, once you took into account the extra luggage check-in fees on Jetstar and the meals (such that it was) the cost was about the same at the times we wanted to fly.

It’s true that the bags we checked in weren’t huge – they could be taken as carry-on, but I generally like to travel light when I’m wandering around the airport.

The Microsoft Store in Sydney is said to be their first one outside North America.

I wish they would offer the option of linking my Microsoft email ID to my fingerprints. Then I would not need to remember the password for it nor link it to my phone number!