Some media is saying trams will start heading back to depots from 8am — but Yarra Trams tells me 9am. They also tell me trams will come back out of depots right on 2pm, but it may take until 6pm for things to be completely back to normal. 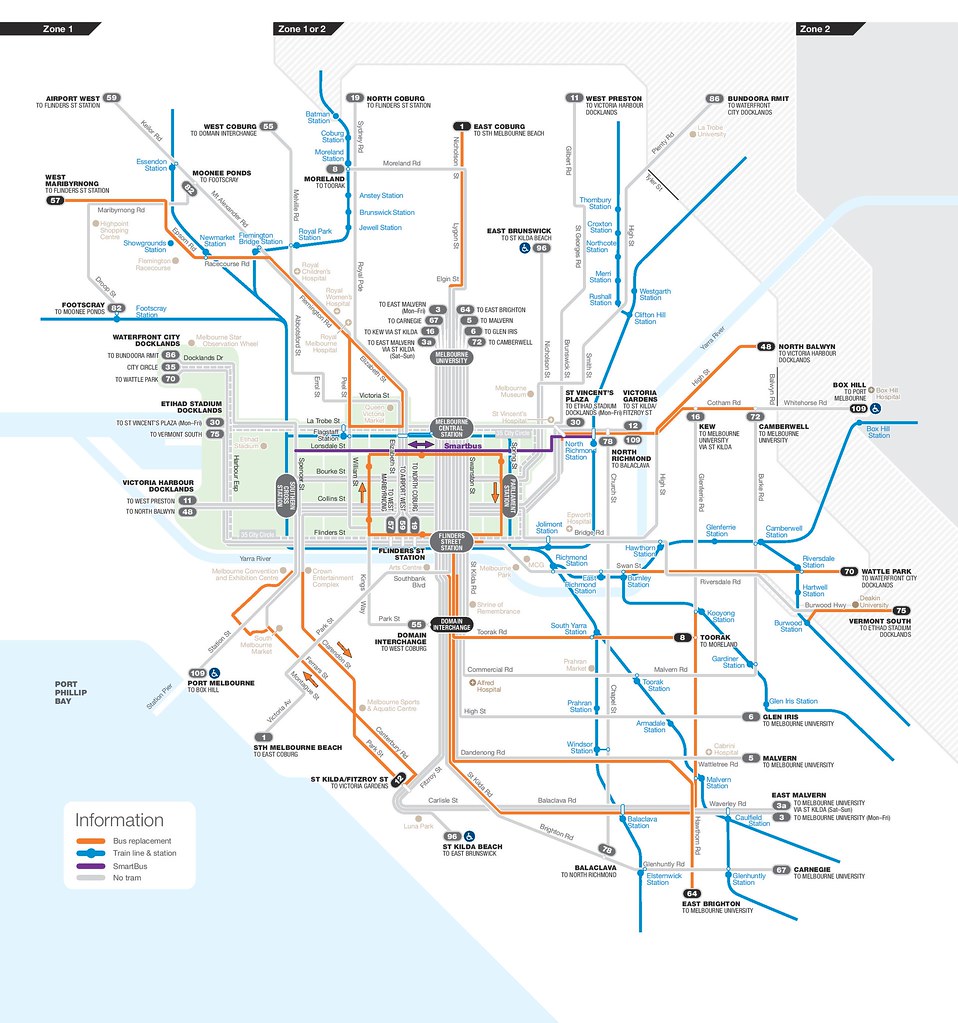 Options during the tram stoppage:

Yarra Trams has a list of alternative service — both regular scheduled bus/train services, and special replacement buses on a few routes.

(I think it’s a pretty good effort to put on some replacements. Can you imagine trying to organise bustitution for the World’s Biggest Tram Network(tm) for 4+ hours?)

PTV also has an information page.

For getting around the CBD, walking often isn’t that much slower than tram for trips of less than a few blocks, though the weather may not be the best for it.

You can use the City Loop: the direction changes are confusing, but PTUA has a map of it.

Frequent buses run along some streets in the City and inner suburbs — some of them include:

All of these buses have realtime information via the PTV app and other apps such as Bus Tracker. Remember none of these will be free like CBD trams. 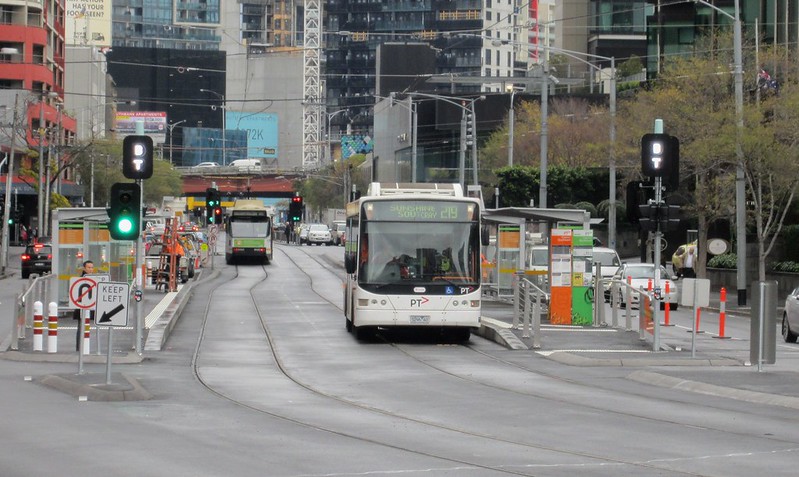 Some of the actions proposed next week are harmless, some less so.

Who’d notice? The trammies did it a few days ago, and nobody noticed.

> A ban on inspecting mykis

The problem comes when there’s confusion over which days/modes it applies.

Sounds good? Well, perhaps not. Those changes (along with skipping stations) are sometimes to get delayed trains into position for a peak run. If they are banned, it may mean more delays in peak hour.

No trains run before 4am, but even the 3-4am stoppage would cut into train prepping time, affecting early morning services and morning peak hour. A 2am-6am stoppage even moreso; that would affect a lot of services.

Many of them sound harmless at first, but have real effects on services which may not be immediately obvious.

Hopefully, on both trams and trains, a settlement can be reached without further impacts on passengers.

6 replies on “Impacts of proposed tram and train strikes”

The Herald Sun published a list of wages for various PT workers last week. In all cases, the wages seemed higher than average earnings. But should we believe the Herald Sun?
Daniel, who will end up paying for wage rises of PT staff? Metro/Yarra Trams or will the government subsidy make up the shortfall (given ticket prices can’t rise in the short term)? Thanks

So station skipping has some benefit for passengers? You’d never know from the media.

Gosh. I catch trains between 6am and 7am that are often running late already. A stoppage until 6am might encourage more than a few to observe an impromptu long weekend.

Oh yes – Happy birthday from me on my birthday to you on your’s.

Any idea why no connection was made to Melbourne Uni e.g. up from St Kilda Rd–>Swanston St.

I would have thought the buses got terminate there? It’s a major trip generator?

It’s still a good 18-20 minutes to walk there from Melbourne Central.

@Train Guy, I’m guessing they didn’t want the replacement buses getting stuck in CBD traffic. Regular buses 200/207 go up Lygon Street within few minutes’ walk of the uni (and connected with replacement bus route 1). Replacement bus 57 would also have been an option for Melb Uni.

Unfortunately the map doesn’t do a great job of showing where regular bus routes are an alternative to trams. For instance the 200/207 and 250/251 serve a lot of areas covered by tram routes 11, 86 and 96 – something obviously not known to the author of this article.

I thought that not having a replacement bus from Melbourne Central to Melbourne Uni was a major omission, but then bus 401 is a fairly good alternative (although a lengthy detour if coming from Clifton Hill/Burnley/Caulfield).