Despite news last year that Franco Cozzo’s Footscray building is up for sale, it appears the store is sticking around for now. 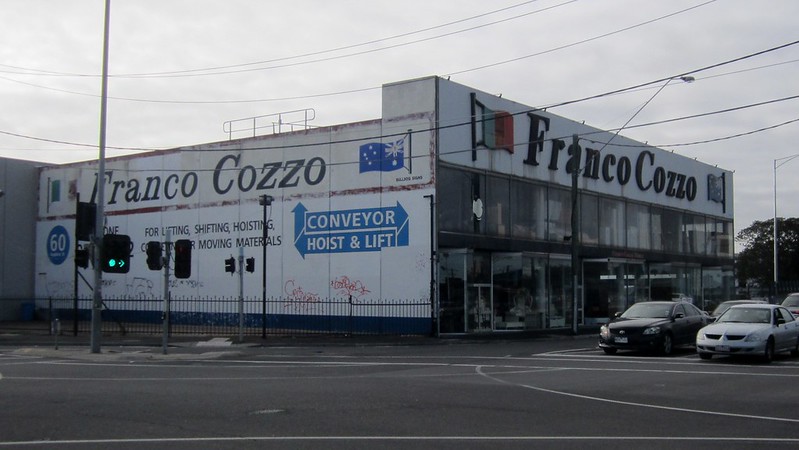 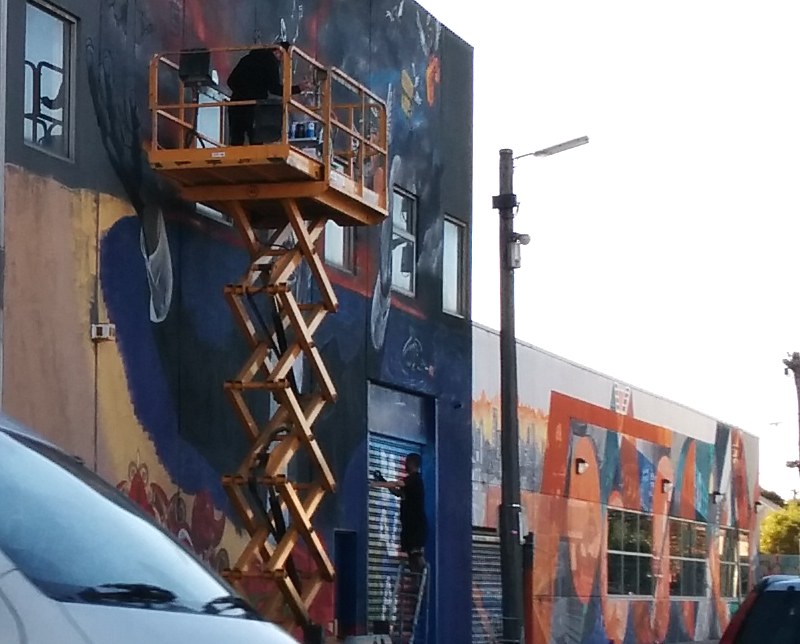 Now completed, it looks rather splendid. 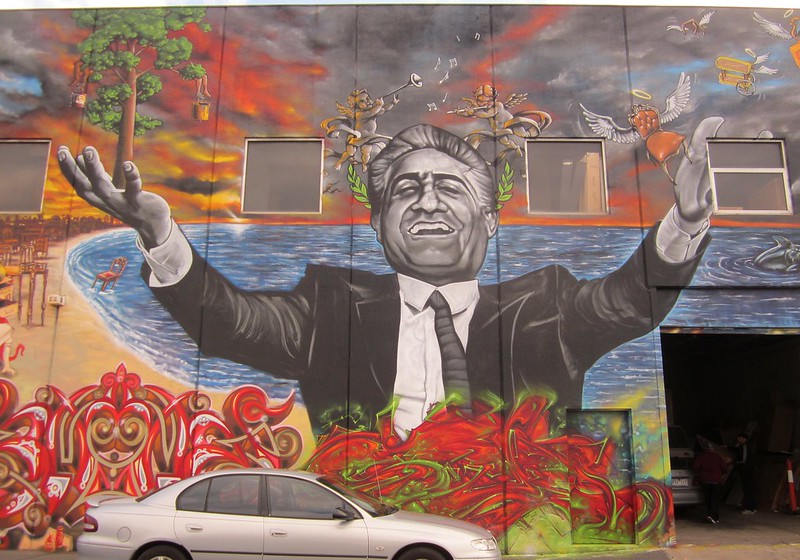 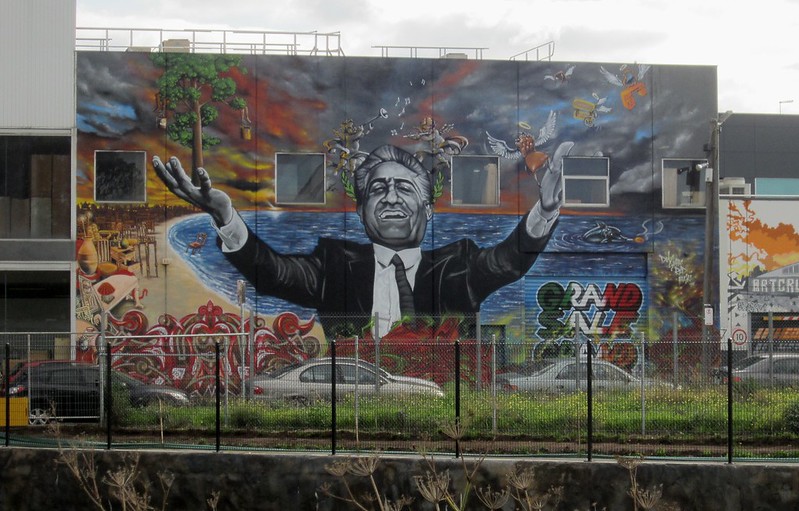 A couple of weeks ago, the man himself posed in front of it. (Source: Maribyrnong Leader) 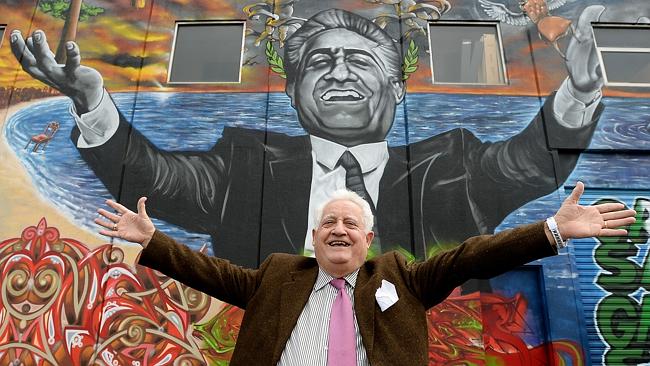 Further along the same street is more street art celebrating local landmarks, including a Hitachi train (tagged, alas) and you might notice a small tribute to “Sinch”, who was electrocuted while train surfing. 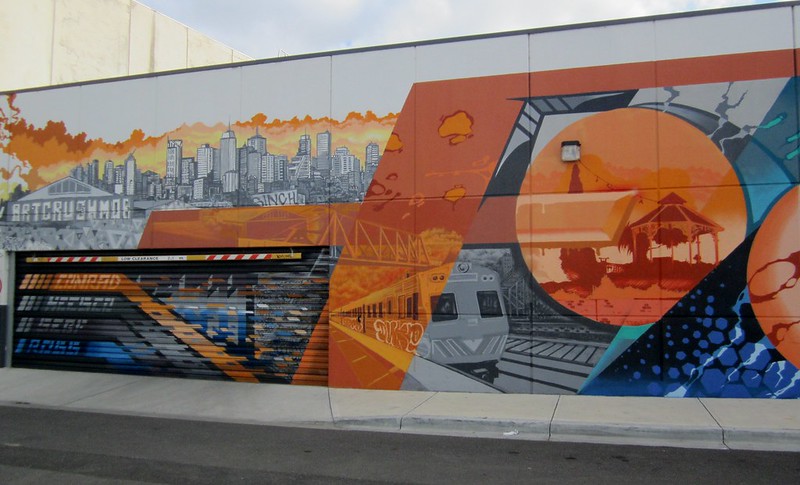 Perhaps more palatable to some is this rendition of the old Olympic Doughnuts van. 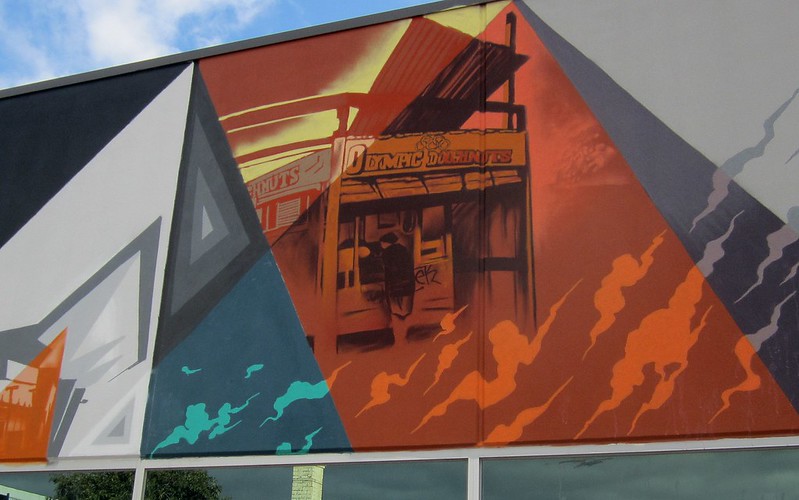 There’s actually a fair bit of street art around Footscray and the inner-west; it’s worth looking out for if you’re in the area. Here’s a piece I spotted in Yarraville recently. 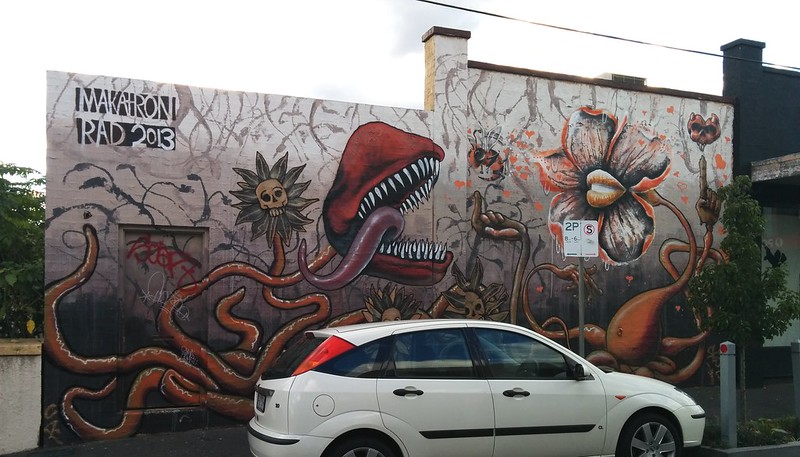 Shouldn’t there also be one in North Melbourne? ;)

I guess it must be an age thing, as the so called street art just looks ugly to me. Immortalising a train surfer is only going to encourage the practice. But, yes, the old doughnut van mural is “more palatable” of the items shown.