Here’s another in my series of ten year old photos.

Arise Lord Vader — episode 3 got a lot of promotion. Or, as I joked at the time: Connex was aligned with the Dark Side. 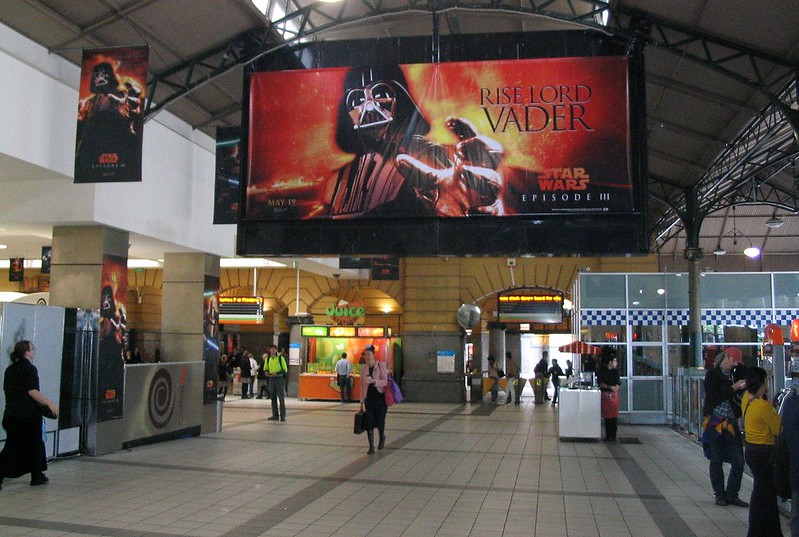 The Dungeon: platform 13 at Flinders Street. The screens have been replaced with a flat model, and an escalator was installed to the concourse, but I’m not sure it’s changed that much otherwise. 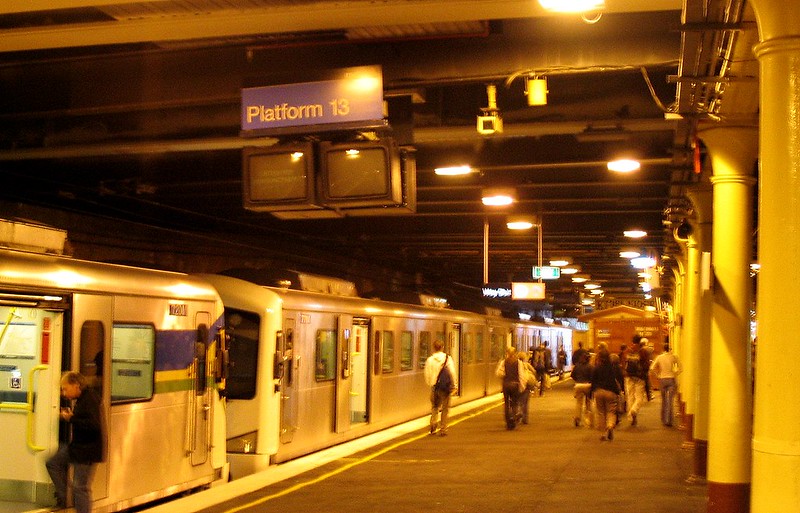 M and I must have been out on a dog walk and found this sign. Edgewater (then under construction, now a thriving infill suburb) is in that abyss somewhere. 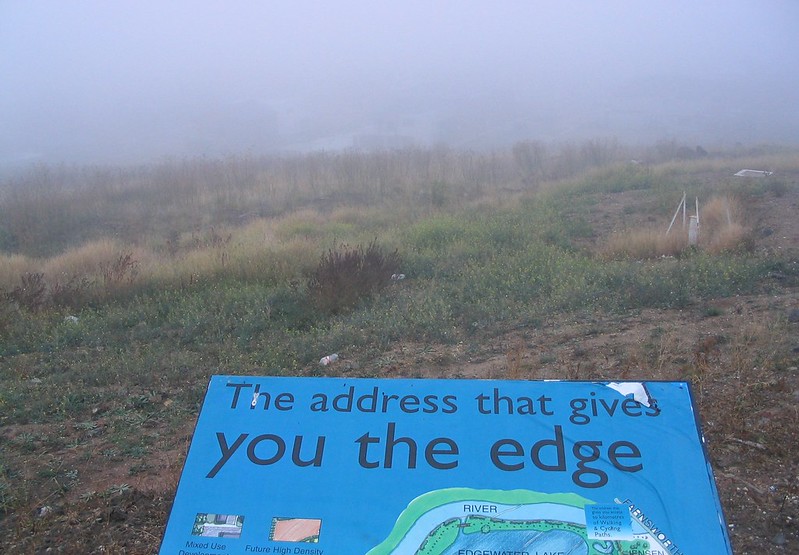 Also on the dog walk. Evidently the residents of Rippon Street were very proud of their second prize from 16 years earlier. Google Streetview shows the sign was still there in March 2014. 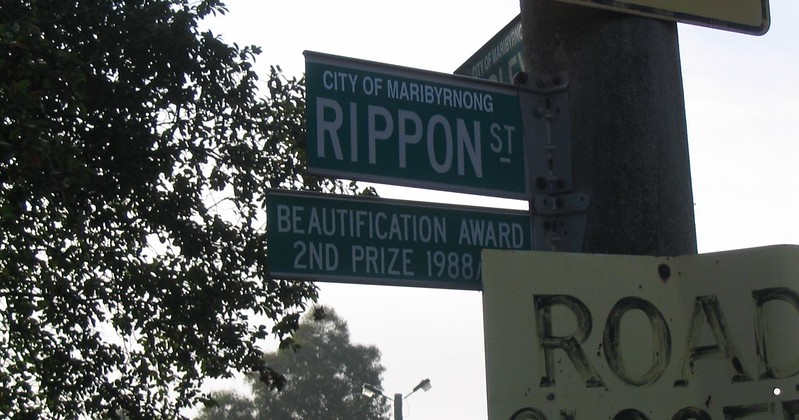 It was ten years ago this month that we had the funeral for Tram Stop 7 (on Collins Street and Russell Street) — since merged with the Exhibition Street stop in favour of a mid-block tram stop. I think it was the first time the “one stop per block in the CBD” rule started to be diminished — these days it’s near-impossible to know where the closest stop is to Street X. It got plenty of media interest. Naturally to this day you see trams stop there for the traffic lights, but unable to pick up or drop off passengers. (More pictures) 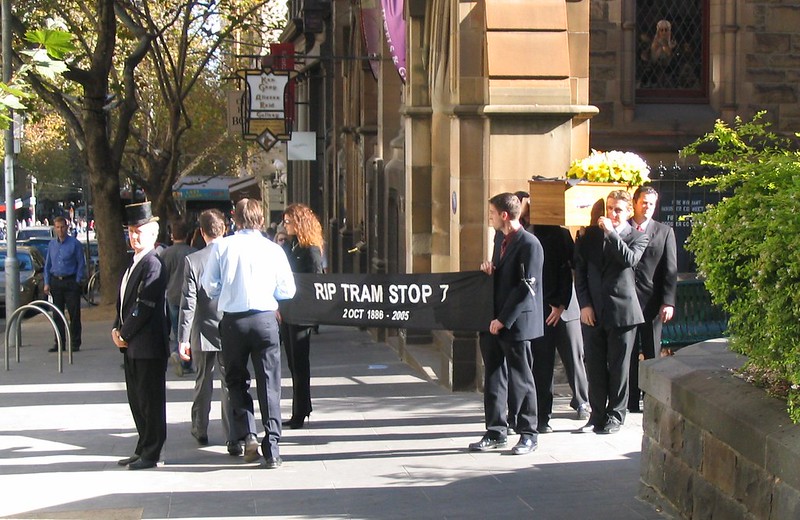 My desk back then. Old computer (bought earlier that month), old fat screen, old bulky printer. Copy of Train Simulator on the desk. Blue Linksys router in the background — WiFi antennae up, I don’t even recall if I used WiFi for anything back then. 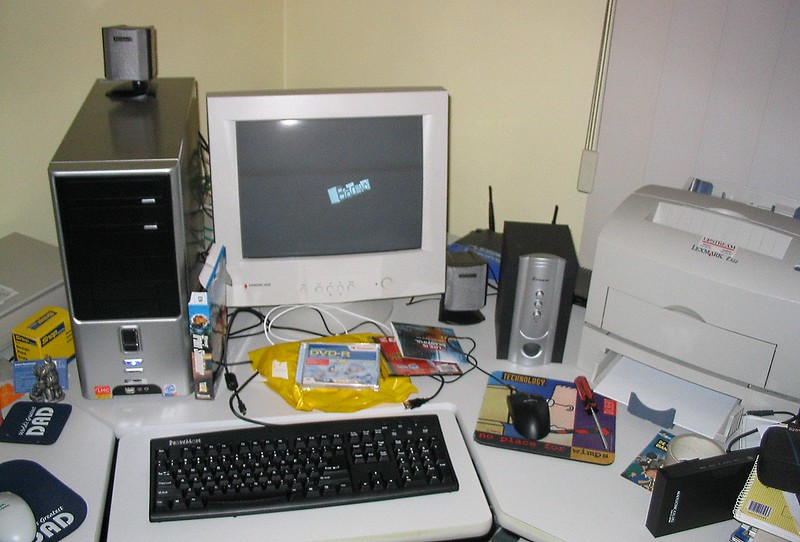 Regarding the tram stops, trams usually still “stop” at the previous “tram stop” – waiting for the traffic signal to turn green. I wonder how much time has been saved by removing some of the tram stops?

In the first photo of Flinders Street Station, it is interesting to see how much junk there is on the concourse – even a juice bar! In the decade since, the entire area at the Federation Square corner has been opened up, in order to cater for the increased number of passengers.

I suppose the on every street corner trams stops had to be done away with to make platform stops, but any other other street than Swanston or Bourke Streets then I don’t know know where they are. Mind you, in the world street transport models of say Prague or Vienna, it is a long distance between stops.

I can cope with everything on your old desk, but not the horrible looking monitor. Boy they were ugly.