The recent anti-motorway protests in Melbourne are nothing new. In fact the very same area was subject to protests in the 1970s, when it was proposed to link the Eastern Freeway to the Tullamarine Freeway by way of an aboveground link, by converting Alexandra Parade to a freeway, ploughing through neighbourhoods in Collingwood, Carlton and Fitzroy.

Film and television can sometimes provide little glimpses of these events. M told me that on Sunday night, Channel 31 as part of their classic Australian film series, was showing 1978’s Mouth To Mouth“, about four youngsters trying to survive on Melbourne’s streets. 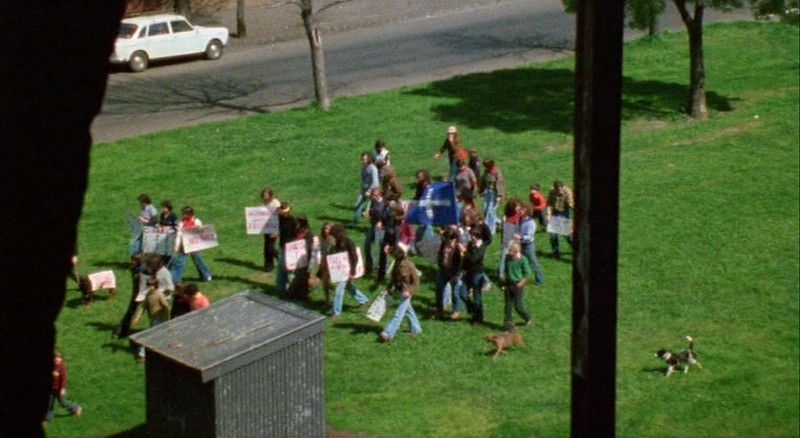 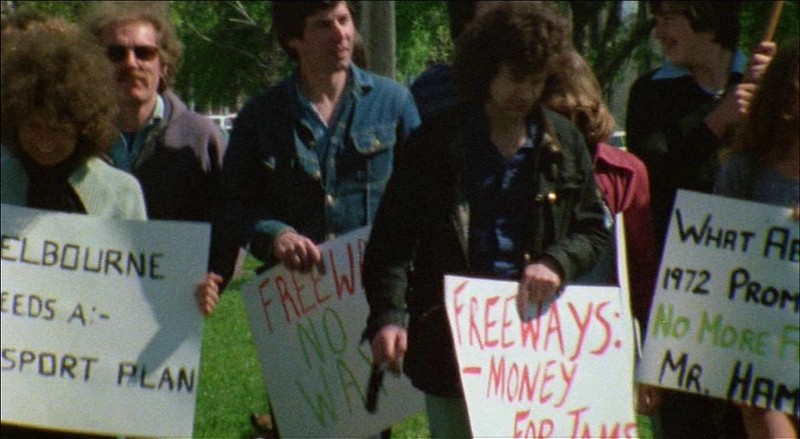 About 43 minutes in, there’s a scene were one of the characters looks out of a window and spots one of the anti-freeway protests. I assume it was staged for the film, as they are marching to an audience of nobody, but the placards look to be directly inspired by real life, one criticising the then-Premier — partly out of shot, but I think it says “What about your 1972 promise – No more freeways, Mr Hamer”.

Others such as “Melbourne needs a transport plan!” and “Freeways – Money for jams” wouldn’t be out of place today. 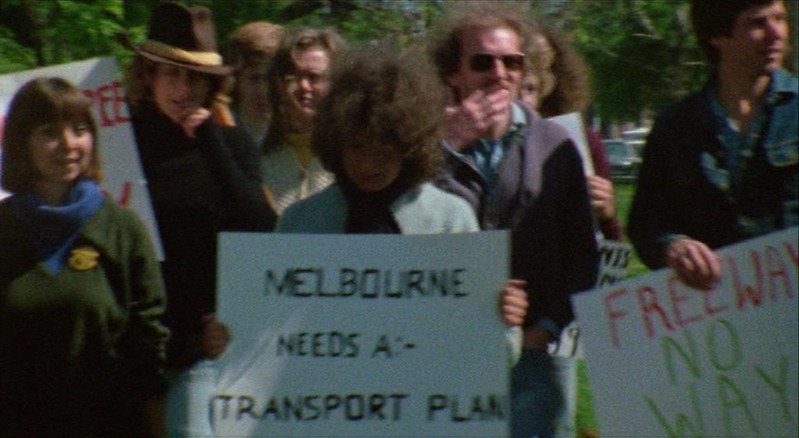 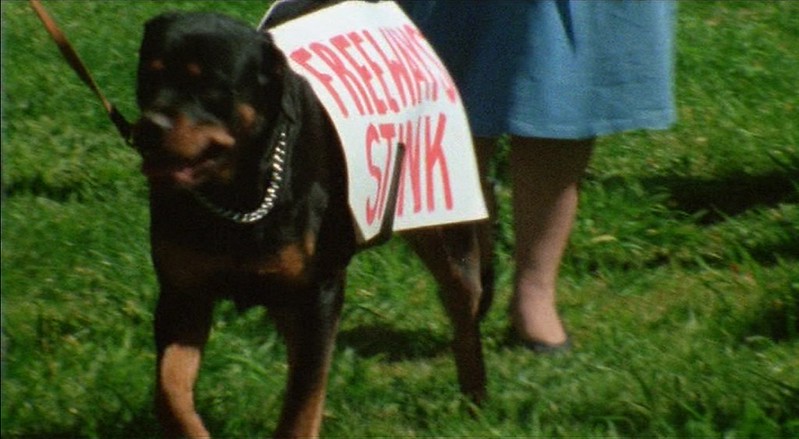 I missed the scene on Channel 31’s broadcast, but found the DVD for the bargain price of $5 plus $1.30 shipping on Umbrella Entertainment’s web site.

In other scenes you can glimpse bright orange trams, safety zones, rows and rows of telephone boxes, a red rattler train, the old Coles cafeteria, and numerous old cars. There’s also a scene set in a plush hotel — possibly the Southern Cross.

And apart from the scenery, the film itself isn’t bad either. Apparently it got three AFI nominations.

it is clear that, some things never change. That is our obsession with the road network to the exclusion of all else.

I remember the Eastern Freeway protests, but I thought the protests were about the channelling of traffic into Alexandra Parade, not that the freeway would continue further west. The Eastern Freeway, like most freeways, has become a victim of its own success. How much better a proper train line would have been. Part of Clifton Hill was imposed on horribly by the freeway with ugly overhead roads.

There were also protests in that era about the extension of the (now Monash) freeway from Toorak Rd to Warrigal Rd. See http://mrv.ozroads.com.au/highway1/monash/monash_history.htm
According to that history, this was in fact built in between 1984 and 1988 as an “arterial road”.

@gxh, ah yes, built is as an arterial in the 80s (at the expense of most of the Gardiners Creek), then convert it into a freeway in the 90s. Then widen it further and make it (partly) a tollway. Salami tactics at work — and currently happening again with the Dingley Arterial.