A few photos from the past week or so…

Sunday afternoon in Bentleigh. Has either major party pledged to fix the 703 Smartbus? No, neither of them has. The sign closest the camera is telling you to check the timetable… this is because part of the route doesn’t run at all on Sundays. On the other side, if you zoom in, you will see that automated sign by the station still doesn’t work properly after nearly four years, and the buses are 45 minutes apart, in breach of the government’s own Smartbus standard. 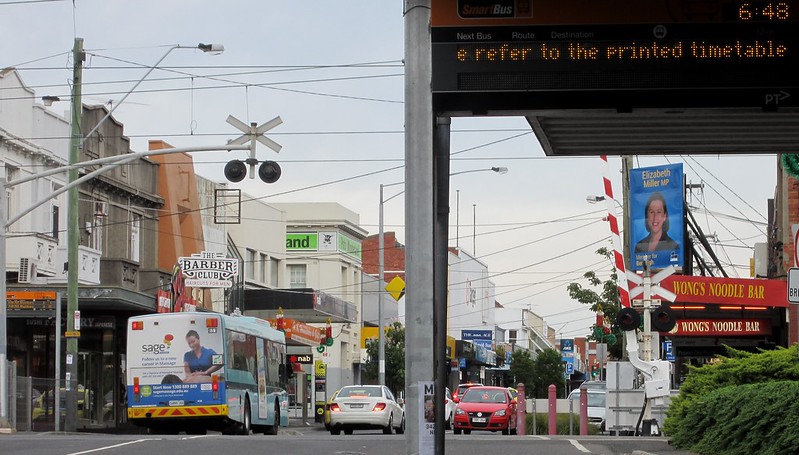 A rare sighting of the only X’Trapolis train running on the Frankston line. Thank goodness they’ve spent up big on gimmicks like this, rather than fix basic problems… like the sign telling you whether you need to cross the tracks to platform 3, which has been incomplete since June. 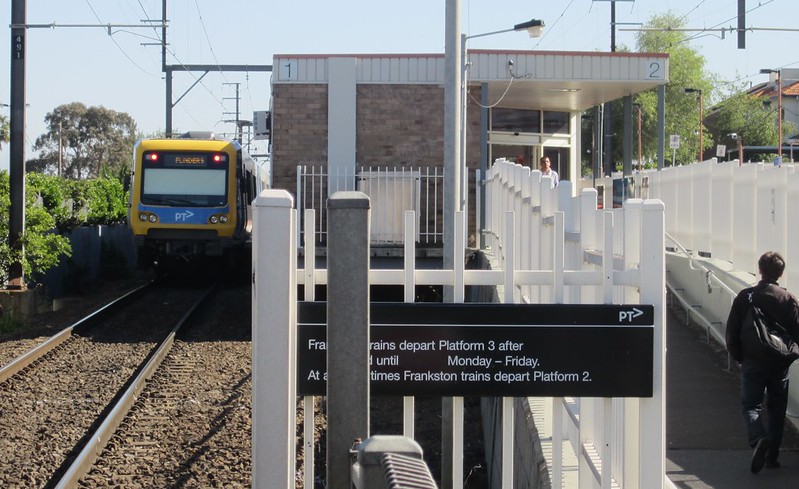 Worried about home burglaries? Don’t be — the poilce are on the job. 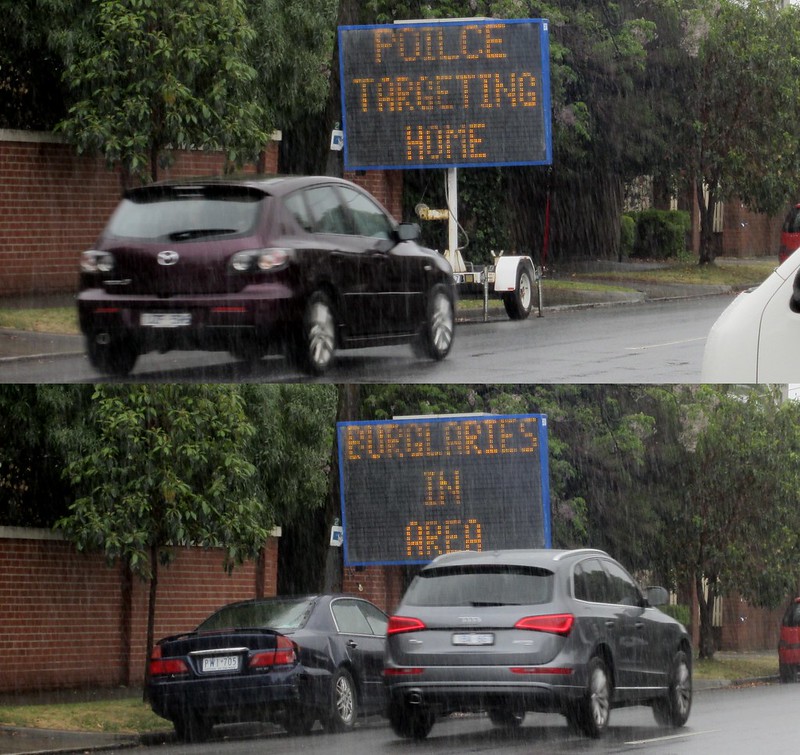 These things come with some new fridges. They stop items in the door falling over. What are they called? And can you buy them? 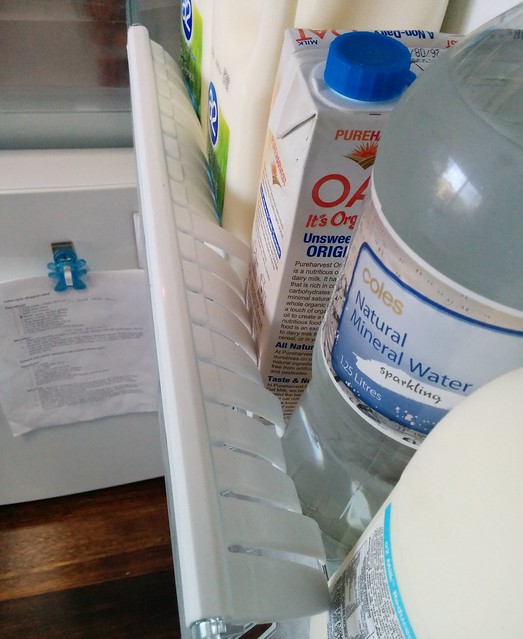 It was tricky, but I managed to get the Christmas tree box into the bagging area so the self-serve checkout could weigh it. (Our old plastic Christmas tree finally died last year.) 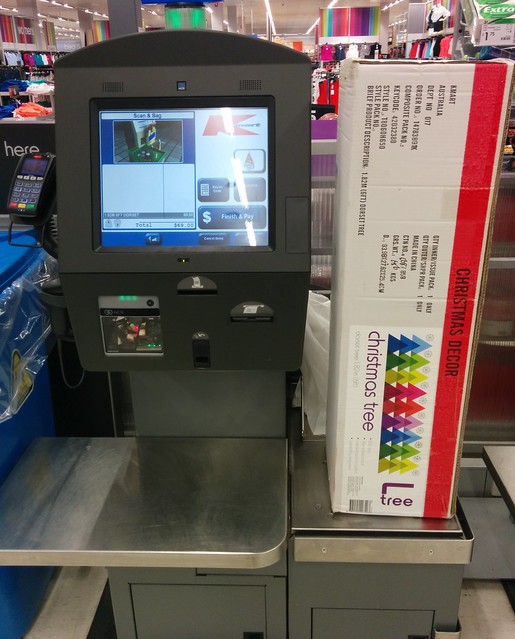