I couldn’t help but hum Paul Kelly’s “Darling It Hurts” almost constantly while walking around Darlinghurst on our short break in Sydney. Likewise “From St Kilda To Kings Cross” came to mind when in the Cross, and Australian Crawl’s “Restless” when catching sight of the Manly Ferry and Circular Quay.

In the middle of Darlinghurst, still in use, is the fire station, a lovely old building built in 1910. In Melbourne a lot of these old fire stations have been re-purposed as flats, or are in use by the fire brigade, but with a more modern building next door for actually parking the fire engines — which over the years I suspect have grown too big for some of the old facilities.

In Darlinghurst though they still seem to use the original buildings. The fire fighters stand in the road to stop traffic while they back their vehicles in when returning from jobs.

On Sundays however a sign (reminiscent of Victoria’s ambulance dispute) is on display saying that the station is closed due to budget cuts. ‘Cos fires don’t happen on Sundays, right? 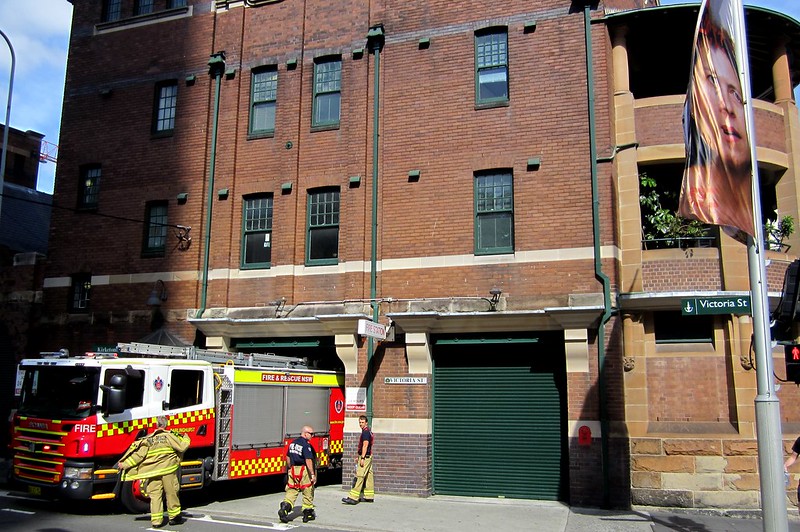 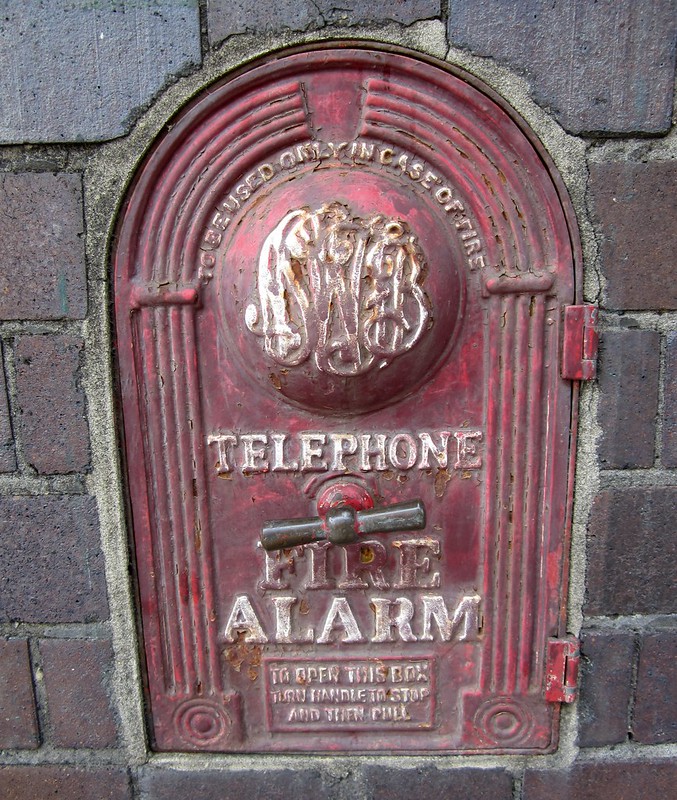 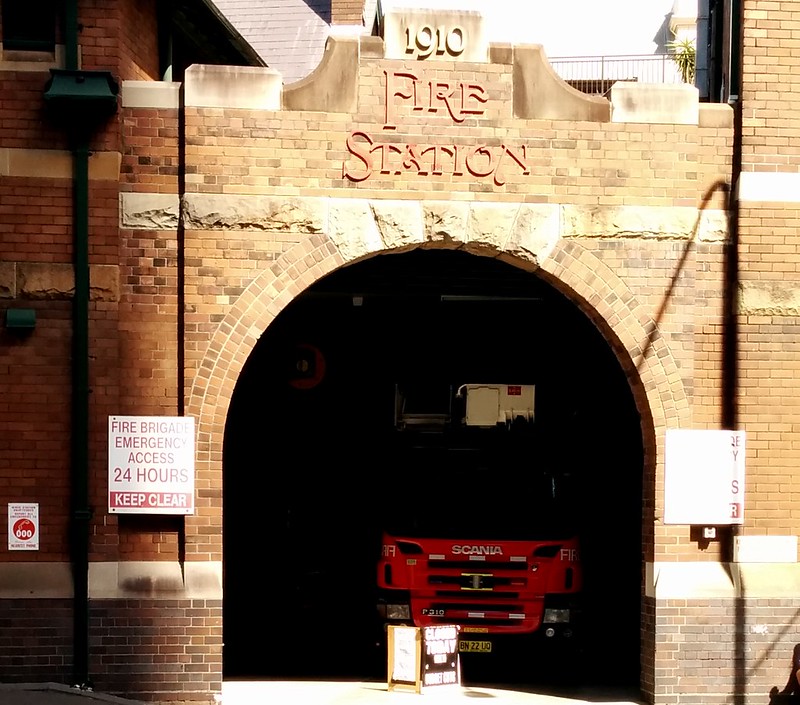 Wow! Amazing that an old building can still be used for such an important purpose in modern society. Great post, thanks!