It’s about this time of year that I often go calendar shopping.

I generally like to have a calendar hanging in the kitchen, and another in the toilet.

Sometimes I’ll get given them at Christmas, of course — for last year I was given two excellent ones — the Melbourne Train Station calendar, and another of old London travel posters.

They’ve been great, but with the new year, I now have to say goodbye to them. 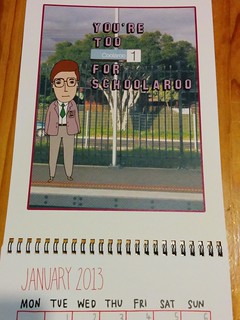 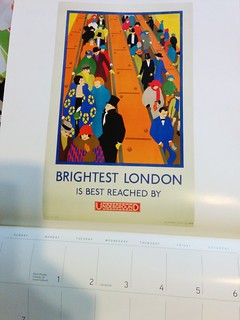 This year, alas, I was given none.

And sometimes I’ll have the Leunig calendar from The Age. But these days they don’t just give it to you for free with the paper in early December — no. With mainstream media scrounging for revenue, they make you traipse down to the newsagent and give them a few extra dollars for it. Which I didn’t do.

I reckon when buying calendars for yourself, it’s better to go shopping after Christmas, when they’re discounted. Sure, the later you leave it, the more the risk you’ll have to hunt around to find anything good, but at least you won’t be paying $20 or $25 for the equivalent of a 12-page book. 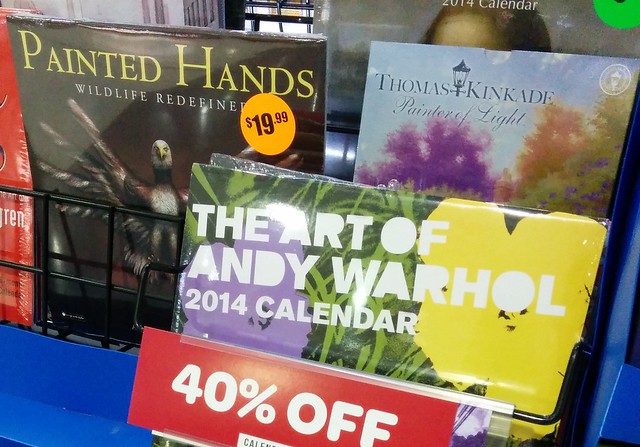 So, at Chadstone on Tuesday I found the newsagent had some for half price. Others, including one on street art, had been marked down from $20 to $13, then to half of that. $6.50. Sold.

Then yesterday we were at Southland. There was a calendar shop set up in one area (if one were trendy you’d call it a Pop Up Shop, but it’s been popping up there for decades at this time of year). They had everything for 40% off, and a few good ones.

I guess the travel/transport theme has been abandoned for the next twelve months… maybe I’ll swing back to it next year!

Even better: A newsagent at Southland had “50% off” and “Clearance sale” 2014 calendars last November. I kid you not!

@Roger, that’s pretty good – but is that the newsagent that just closed up shop permanently?

hang on the wall calendars? you’re so retro, daniel.

I am surprised that you bought a calendar on “street art”.

Do you like when ‘street artists’ express themselves using our public transport infrastructure as a medium?

@BBQ Bill, I don’t think it’s a black and white issue. Lots of street art is not only condoned by authorities, it’s invited and promoted – see http://www.melbourne.vic.gov.au/ForResidents/StreetCleaningandGraffiti/GraffitiStreetArt/Pages/Whatisstreetart.aspx

So I don’t subscribe to the view that just because some is illegal mindless vandalism (particularly tagging), that the whole genre is not a legitimate art form.