On the way up to Rutherglen for the wedding, we detoured past Nagambie on family business and to stop for lunch.

Nagambie’s bypass opened earlier this year. Traffic between Melbourne and Shepparton therefore no longer goes via the town, and it’s obvious that they’ve been trying to work out how to ensure some people still come through and patronise local businesses.

The undefeated champion horse was born in Nagambie in 2006, and for some time now there have been signs up on the highway approach into town proclaiming this. But last Thursday they went one better, unveiling a lifesize statue of the mare, in a prominent position on the main street, by the lake. 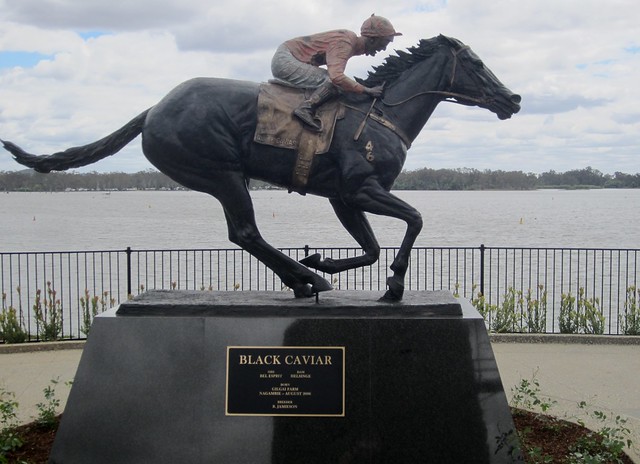 As you can see, it’s an impressive piece of work, with a lot of detail.

Its spot by the lake is handily located right next to the V/Line bus stop, also used by private buses from Melbourne airport. (V/Line trains also serve Nagambie a few times a day; the station is a few hundred metres away. The V/Line buses help fill gaps between trains in the timetable.) 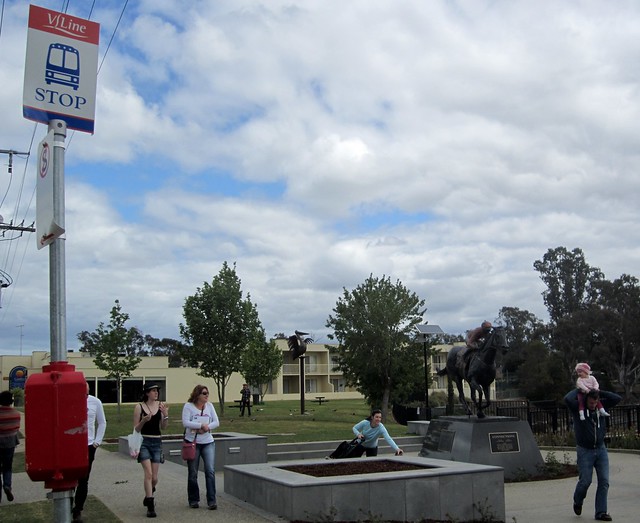 When we stopped past on Friday, so were others. There was a light but steady stream of people coming past, taking photos, reading the plaques.

Each side of the pedestal the statue is on has a plaque, and each has different information about the horse. This one is down the back end: 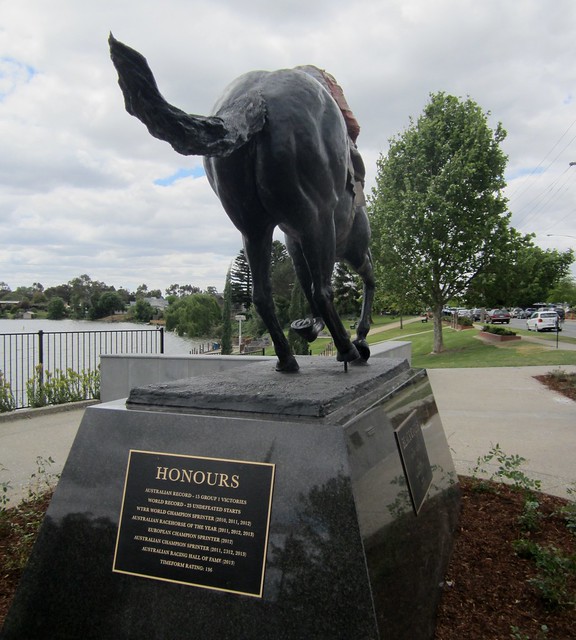 It appears special solar-powered CCTV has been installed to protect the statue: 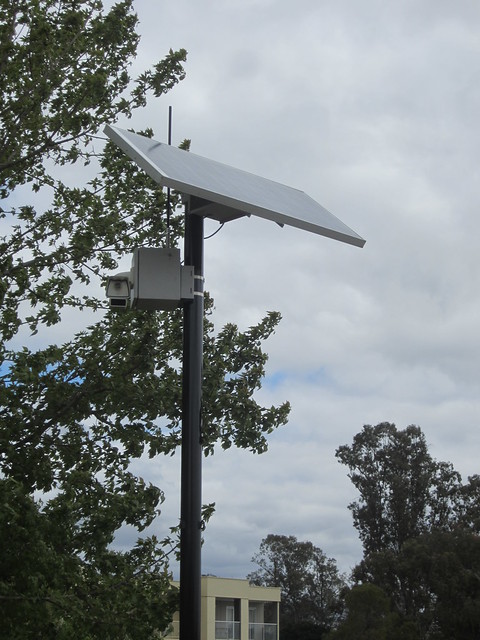 Around the town, there were still balloons and signs up, and some businesses had Black Caviar specials for the week. 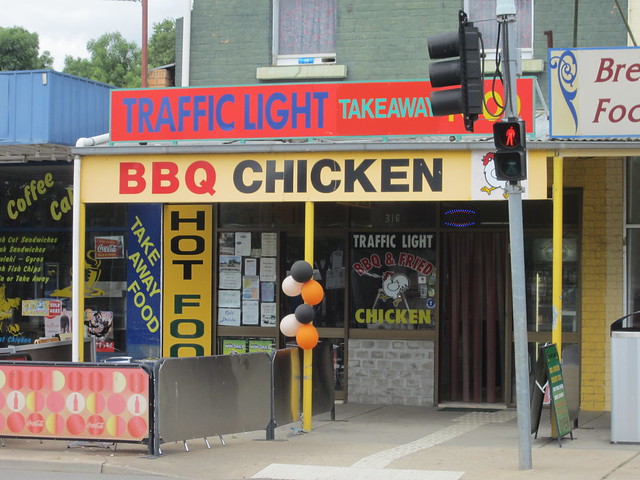 (One for the gunzels: a picture in a nearby noticeboard of a diesel engine in Black Caviar colours.)

What the national media might have missed when covering the story on Thursday was the controversy around the location of the statue.

Angry residents gathered at Nagambie yesterday vowing to fight the decision to put up a statue of super horse Black Caviar on the site of the former Chapel of the Lake.

The church, built in 1885, was destroyed in 2003 when a truck crashed through the middle of it.

Where the church stood, bricks from the original building have been formed into a cross and a small display explains the history of the site.

One family member who is a local couldn’t figure out why the Black Caviar statue wasn’t placed further along, leaving the church memorial in place. It’s not like Black Caviar had a specific link to that exact spot by the lake.

Oh well, if you’re driving past Nagambie and fancy getting off the freeway, or are coming past in a V/Line bus, check out the statue.

(Note for geeks: Black Caviar is, of course, not to be confused with Caviar Black hard drives, now known as Western Digital Black.)

A fitting tribute to a great horse.
I guess we know when to vandalise the statue – on a cloudy day.

Nagambie was always a nice place to stop for refreshment when heading north. It is pretty likely that we would leave the freeway to stop there, with or without the statue.

Was Gerard Whateley there, salivating?

Nagambie’s a beautifully flat place, and the lake was home of the 1956 Olypmic rowing. My Dad was a local.