Despite how it may look, I am not the next Doctor Who. 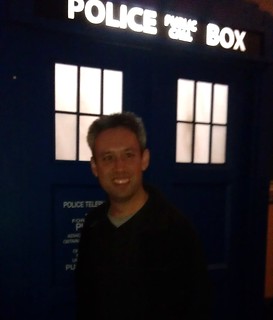 We went along to the Astor Theatre on Saturday to watch the two 60’s Dalek movies — back from that curious time in British TV and film when they often seemed to remake television shows as big screen movies — in this case with none of the television cast. They are impressive in parts, and in some ways more watchable than the original versions of the stories, but also quite unintentionally amusing at times.

A good crowd turned up, as did a Police Box, a Dalek and also K9. Many people dressed up as their favourite Doctor (though, as we noted, the 5th, 6th and 7th seem to often get overlooked in this regard… perhaps because their clothing was so outlandish you’ve got zero chance of buying their clothes off the shelf). 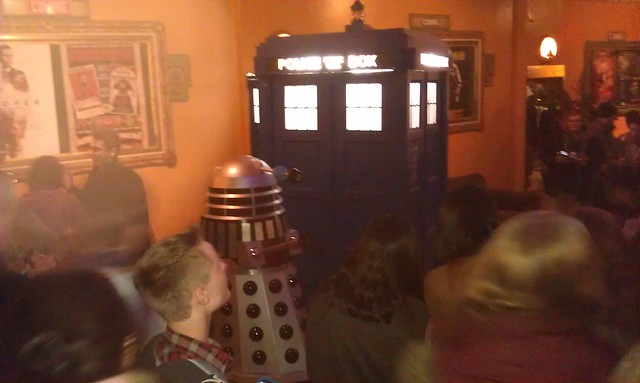 Meanwhile, Peter Capaldi has just been announced as the 12th Doctor.

Who? He’s perhaps best known for In The Thick Of It, which is another in a long list of TV shows that I’ve been meaning to watch for years. Perhaps this will inspire me to make the effort.

Hopefully he’ll be good. Smith, Tennant, Eccleston, all of them are all tough acts to follow.

One reply on “I am not the new Doctor Who”

I saw his face the other day and immediately thought of the creepy Angel Islington in “Neverwhere.”