The weather on Friday night wasn’t favourable, but I think we all had a good time at the 25th school reunion in any case.

Amusingly, it clashed with the year 9+10 social in the main building. When I first arrived (wearing a black suit) I was asked if I was with Security. 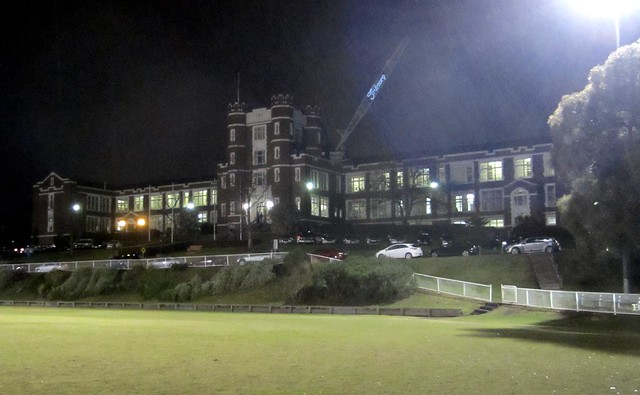 It was a mixed group of 25 years/1988 and 20 years/1993. I assume the Old Boys Association reckoned that was the best way to make it viable to run it. About fifty of each group showed up.

Things I learnt on the night: 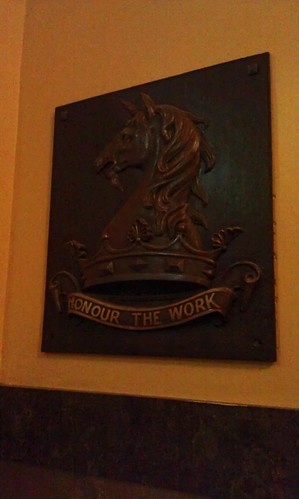 I seem to have forgotten the words of the second verses of the school song Honour The Work, as well as Forty Years On and Gaudeamus Igitur

Apparently of the staff at the school in 1988, a staggering 15 are still teaching there 25 years later, including my year 12 maths teacher Mr Ganella, who was there for the reunion. He doesn’t look a day older, except his hair’s a bit greyer.

Likewise, as on previous occasions, many of my classmates looked the same… some a little greyer, rounder.

At least one hadn’t put his boys up for Melbourne High, in part because of the travel distance involved from Eltham (fair enough — when I was there, some students travelled from as far away as Mount Eliza, Launching Place and Gisborne) and because his friends had been scattered around Melbourne (perhaps I was lucky, as many of my friends were in the inner-southeast).

Some have been through some big challenges in their lives, but all those who came seem to have got through it okay with an optimistic viewpoint, and many seem to be living the dream — with things exactly how they want them.

I don’t recall looking at the 1988 honour board before, but I note a high proportion of people from my original year 9 (1985) class, which is kind of nice.

The most well-known last day prank in 1988 was a (lewd in parts) spoof of the school newsletter which was distributed to all year 12 classes. I finally discovered the anonymous students behind it.

A higher-profile incident was this one at Box Hill station, which other students volunteered to clean up — the description of the incident from the stationmaster is particularly amusing — and you can see from the uniform why we called them gumbies:

Finally, pranks obviously still take place… in one of the hallways of a newer building, I found this picture, supposedly of distinguished old boy Michael Gudinski: 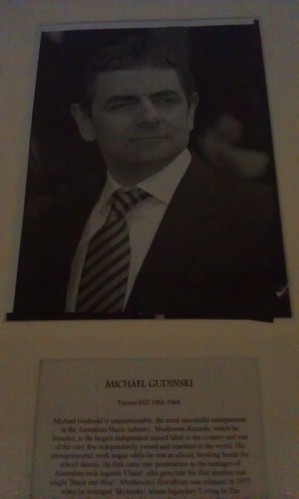 A bit of flour and eggs? Pretty minor prank – amazing it got such publicity.

PS Regarding your comment: “At least one hadn’t put his boys up for Melbourne High”. I thought Melbourne HS was a select entry school and you couldn’t just enrol your boys if you attended. Or have I misunderstood your comment? ta.

“uh… some form of custard material…”.

@Roger, no, you can’t just enrol. You have to sign them up for inclusion in the selection process (exam etc). That’s what I meant.

Ha! Four dozen eggs, a liberal amount of flour, some kind of custard material. Sounds like he’s reeling off a recipe.

I can’t wait to attend a high school reunion!!

When I went to my primary school’s 30th anniversary I noted everyone who attended was slim, well educated, well heeled, and all the men had a full head of hair. I realised those who felt “unsuccessful” self-selected to stay away.

I recently attended my 25th Grade 12 reunion last year. It was great to see many old friends. The guys were easy to recognise and could be identified as soon as they walked through the door. I am still mystified who many of the girls were though. I got many hugs and a few kisses, but have absolutly no idea who they were and no doubt, in the distant past I had a crush on them. There was a little romance and some singles did go home with old classmates.

I remember in 1991 the school was taken over by “terrorists”?! Would not be able to be done today.

I do remember friends of my parents had their son going down from West Gippsland each morning to attend Melbourne High.

The area of South Yarra to the South and East of Melbourne High has changed significantly on the past few years.

Who else is still teaching from that era?