We went to Walhalla for a night to camp on Sunday (it’s been about a year since last time). Apart from a little rain on the way up, nice weather — though a little hot when the sun got going. 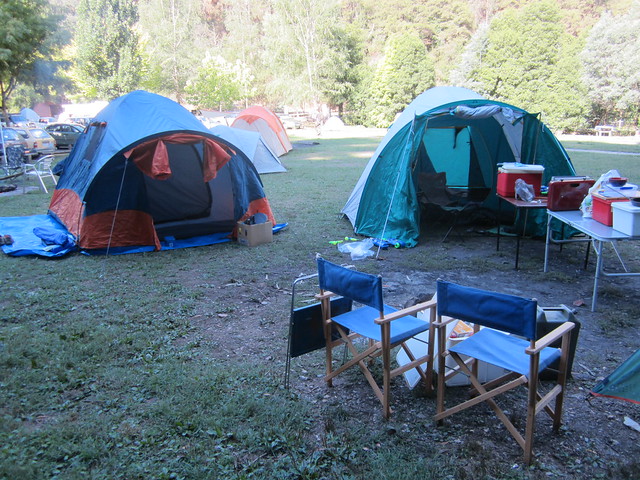 The rain didn’t affect the camp site when we were there, but had other consequences.

After you get off the freeway and head through Moe towards Walhalla, you end up on twisty, windy roads for quite a way. A ute with a P-plate came up behind me… I figured it was a local driving who would probably know the road better than I, so I came to a straight section and slowed down and indicated left to let him overtake me, which he did.

Only a few seconds later he skidded down into a tight curve, and smashed into a safety barrier.

We stopped and I called out to him to ask if he (and his passenger) were okay. He said yeah, but he didn’t sound too happy. The barrier was bent, and so probably was his car.

The barrier wasn’t saving him from falling down a ravine or anything, but it does emphasise the importance of driving to the conditions… no matter how well you might think you know the road, it’s not a great idea to zoom along when it’s been raining and is slippery. 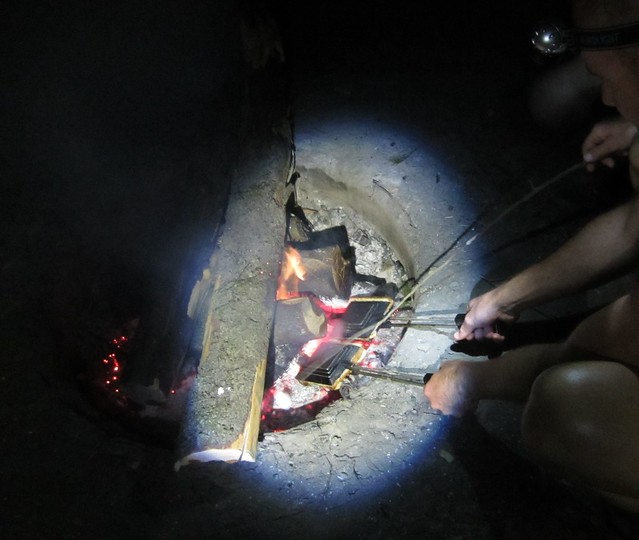 Camping itself was terrific fun, just like last time. Good company, fun times around the fire, and improvised camp food which this time around resulted in a wondrous creation: chocolate and strawberry jaffles. Yum.

On the way home we had the honour to stop off at the prestigious BP Officer inbound freeway service centre, opened by Mr Dean Salter (vice-president of BP Australia) himself in 2011. Gosh. Such an honour. 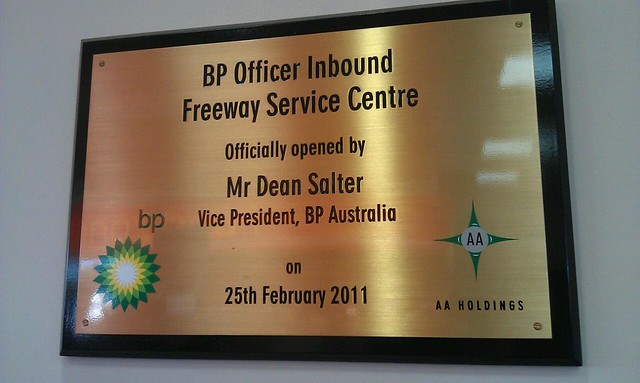 6 replies on “The long and winding road”

I haven’t been to Walhalla for many years but we went there quite a few times when I was a child. It always seemed like a place sort of frozen in time, I guess this partially, at least, because it was so isolated and there seemed to be lots of abandoned buildings.

It sounds like Walhalla was the place to be in Victoria over the long weekend – I hope you brought some of the rain back to Melbourne.

@PaulK, few if any abandoned buildings now. Some beautiful restorations.

Would be cooler up in the gullies at least (watch for leeches) and down at the river. You are not actually allowed to camp in the catchment for the Thompson Dam as they well check on you. I used to go for drives to Walhalla a lot with my grandfather.

And I see the good old head torch and jaffle irons – both camping essentials!

As most experienced drivers probably know roads are especially slick when it has not rained for a while and they first get wet at the beginning of a rainshower/storm. The accumulated dust and dirt as well as oil from cars makes a very slick mixture on the road surface that will eventually be washed away if the rain continues a while. I have gone into a skid on this mixture several times in my 29 years of driving experience (thankfully without ever having skidded into anything).