It’s interesting to see that around the CBD, a subtle line is often marked on the pavement, where (I’m assuming) the publicly-owned pavement ends and the privately-owned property begins. 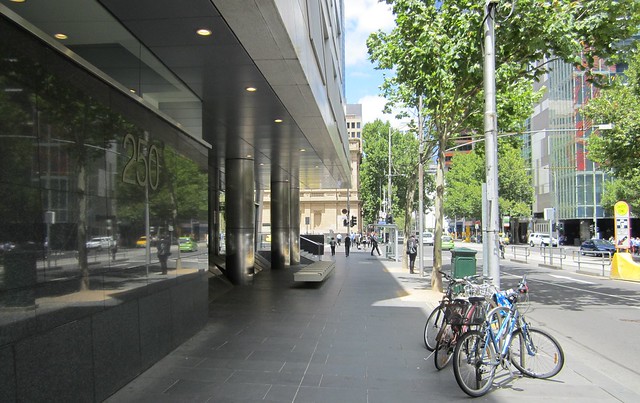 Quite a few buildings include this kind of open space, particularly at the front, and I would assume the boundary would have legal significance. 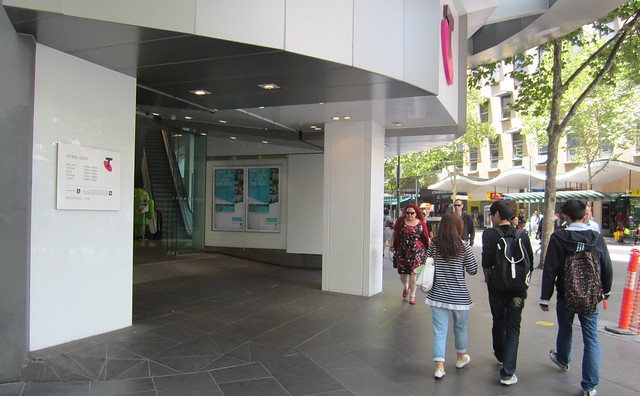 In some cases it’s less subtle, where they’ve made no effort to match the paving styles on the private land to the public footpath. 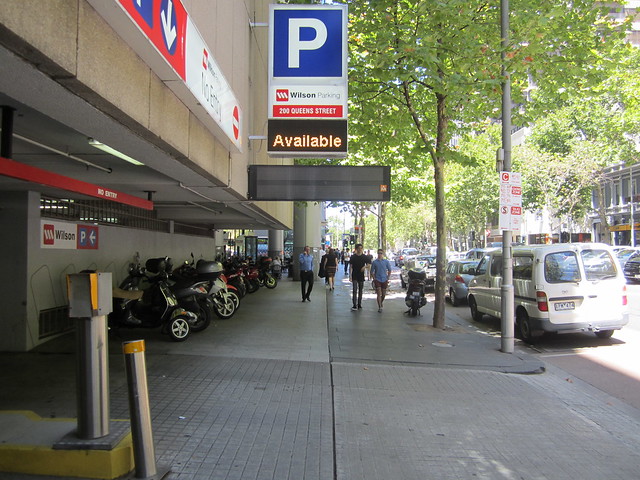 An infamous boundary among Melbourne’s news media is Southern Cross Station. Security guards will descend if the media set up their cameras on the wrong side of the line without authorisation — even when the story has nothing to do with the station itself. That’s why in news reports you’ll often see them looking into the station, having filmed from the footpath outside. Why go there? Well for some (for instance channels 7 and 9) it’s close to where they have their offices — and unlike other CBD railway stations, you can just about see platforms and trains from the street. 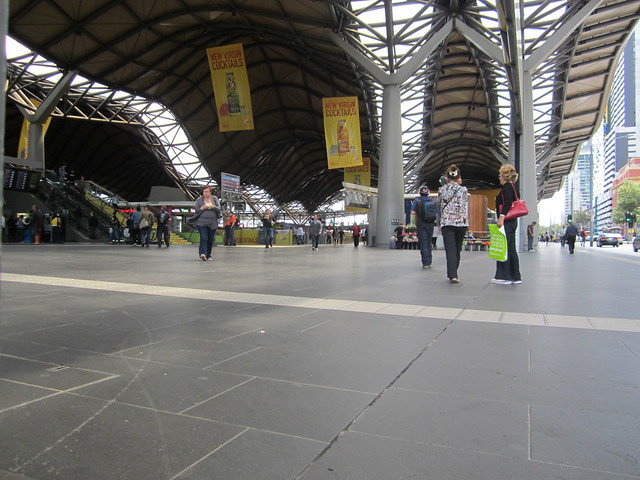 5 replies on “Public space vs private property in central Melbourne”

Interesting observations. A lot of city buildings have coffee shops at the bottom with outside tables on the pavement. This makes the public/private divide really blurry.

When my Myki barrier speed piece was featured in The Age, I had rack my brain to work out where there was a set of ticket gates that faced onto public land, so that the newspaper photographer could get a photo – if we had have used a City Loop station itself, the newspaper would have had to get permission from Metro to take a photo.

Whilst I don’t dispute that reporters get into trouble, my understanding is that Southern Cross is in fact public (Crown) land but sub-let to the private interests who manage the railway station.

Whilst most reporters don’t want trouble, it would probably not be illegal to film inside just as it is not illegal to take photos at any railway station, regardless of what Connex/Metro/Whomever tell you.

These are state-owned assets on Crown land even if private companies manage them on our behalf.

There’s also that line down Swanston St, which seems to be where the carspace would’ve ended if it had’ve been like other city streets. I guess people are only borrowing it from the cars or something.

Those lines in the paving often wander around all over the places. I should get some pictures of them.