A couple of pictures from the drive up past Nagambie yesterday, which took us close to the flooded areas north eastern Victoria…

We were advised to stick to the sealed roads (which meant taking a longer way than usual), and although none that we were trying to use were flooded, some weren’t too far off it. Some other in the area roads were certainly closed. 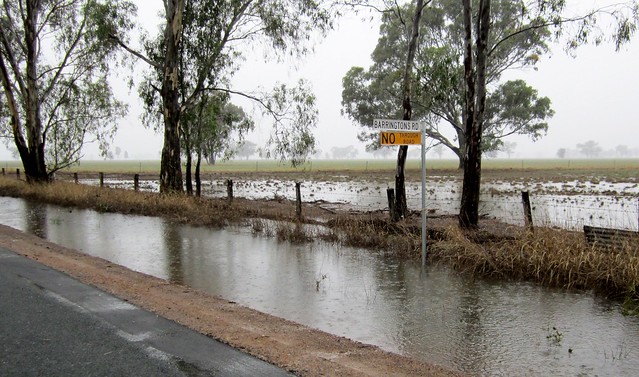 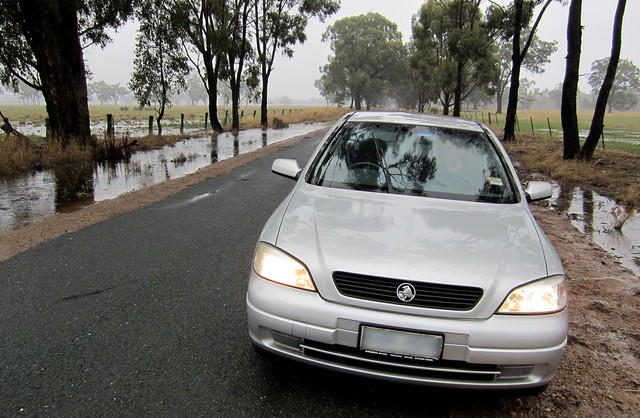 In contrast, as the St Kilda Football team found in their drive up to Wangaratta, the Hume Freeway was no problem at all.

I should emphasise, in case it’s not obvious, that we checked the Vicroads web site and with locals via phone before setting out. It’s unwise to drive into a floodprone area without checking first that the roads you need are open.

2 replies on “Couple of pics from soggy northern Victoria”

It’s so crazy – this the kind of weather you expect in Spring, not Autumn!

Nice snaps! I also agree with you about driving in such a beautiful one through this rough weather. You should wait for the better or skip the choice. Thanks for sharing.