I’ve droned on and on about the importance of frequency in public transport services. I recently pondered why Metro don’t promote their every-10-minutes service from Newport via the City to Frankston.

Some of the operators do understand that waiting time is critical, and do advertise when they put on extra services, and/or run frequent services. 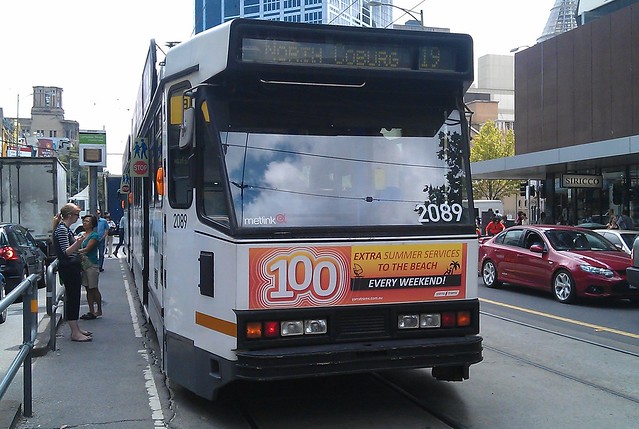 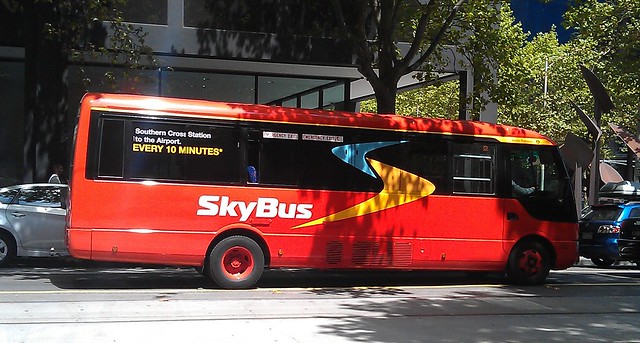 I recently participated at a session at the Wheeler Centre on transport. As you’ll see from the video (specifically from the 5:30 mark), I make an example of (err, that might not be the right phrase) my friend Tony, who lives close to Deer Park station, but never catches the train from there to the football, not even when his team is playing at Etihad… even though the train is (almost) express, they’re comfortable V/Line trains with nice seats and better customer service than Metro (conductors), and it’s a bargain at $3.30 return on weekends and public holidays.

The problem is the timetable is hopeless, making it unusable. V/Line has frequencies of roughly one train per hour, and every second one doesn’t stop at Deer Park. Arrivals in the City don’t suit game times, so you either arrive hopelessly early, or late for the first bounce.

The infrastructure, the fleet, they’re all there, but the frequency isn’t. It’s crap.

And alas, the instances of high-frequency services worth promoting are in the minority. But where they exist, they’re worth shouting about, to help ensure they succeed.

Where are these 100 extra weekend summer tram services? Hard to find in timetables or notice on the street.

High frequency is always better than low frequency, but it is most important for people who need to randomly change from one route to another.

For people who travel longer distances on one single vehicle, reliability is more important than frequency. Thats what timetables are for.

The people from Williamstown or Altona who now have to change trains – or even change trains twice – to get to the CBD, might not be so impressed if their total travel time is still longer.

We need electric trains to run out to Deer Park, Caroline Springs and Melton.

When you consider the growth of places like Derrimut and the above areas it’s criminal that they dont have a service with at least a 20 minute frequency.

Hat tip to any photographer who wants a picture of traffic congestion, mossie on down to the intersection of Caroline Springs Blvd and Ballarat Road at 5.30pm.

How a suburb of 25,000 poeople was allowed to be planned for without a train station served by electric trains I will never know.

@Johnny, yes, those areas (and other growing areas) need frequent service. Strictly speaking they don’t need to be *electric*, but they do need to be frequent enough and have enough capacity to cope with demand.

And how have I managed to be pinged for $150 for the first month of my Myki? Bollocks, will stop touching on. I did ask and they said if I get off a tram and get on the one behind (due to cockheads) I don’t have to touch on a second time.

If Metro wanted to publicise the 10 minute Frankston to Newport service, the first thing to do would be to tell commuters that the trains do in fact go past Flinders St. Not only do the destination signs on city-bound trains merely state “Flinders St” but this is all that is stated on the platform displays even at stations as significant as South Yarra and Richmond. And when the train from Frankston arrives at platform 10 at Flinders St, the only display on the platform is almost at the back of the train, making it hard for a commuter towards the front of the train to check that the train is in fact going to Southern Cross and beyond (and what the departure time is), although admittedly there is usually an announcement.