The first job was to return the hire car. Similar to the circuitous route filling it up the night before, due to the one way streets, this involved a 750 metre drive (Google Maps estimated time: 4 minutes), and then a 170 metre walk back (estimated: 2 minutes). Turning out of Raff Street I also needed to remember the counter-intuitive instruction to Keep Right.

The plan for Wednesday was to head down to the Gold Coast — Surfers Paradise to be precise — to visit the beach and see where my sister and her family and another brood of cousins were staying. 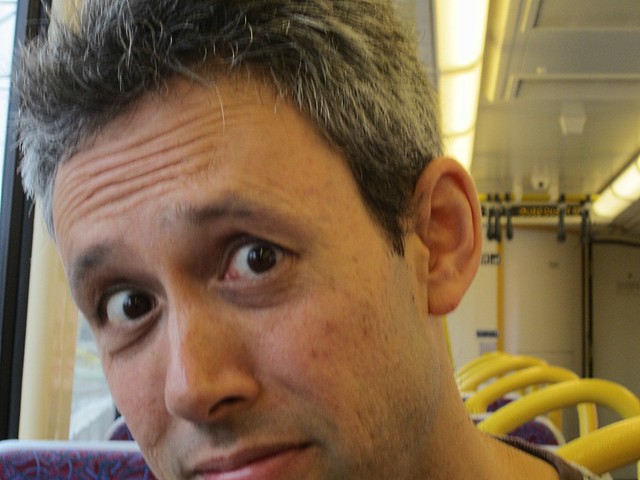 Trains run on the “Gold Coast line”, but not to the actual coast. However the good people at Translink have got things organised so that — and I know this will come as a shock to Melburnians, who are not used to such concepts — the buses are actually timed to connect with the trains.

So in our case, the Translink Journey Planner reckoned we could simply hop on a Gold Coast line train (every half-hour from Central), hop off at Nerang, and 7 minutes later the 745 bus would depart for Surfers Paradise.

Along with the integrated (Go Card) ticketing, it can’t be emphasised enough how important good connections are to make a wider variety of journeys (eg the many, many not possible using a single service) easier by public transport.

(It’s not perfect. Late on weekends, some of the connections from the bus onto the train are longer; in some cases around half-an-hour. But for the majority of trips, there are good connections.) 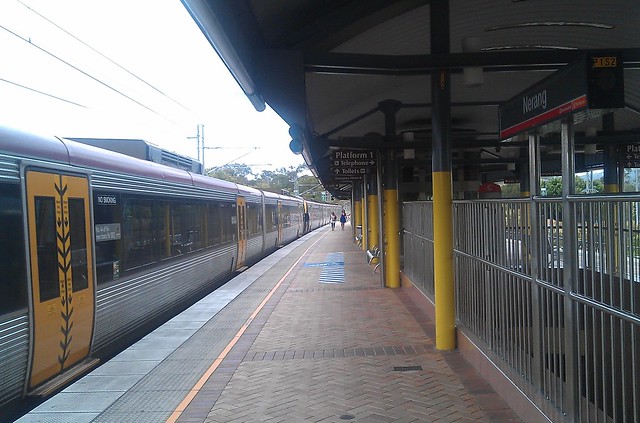 Even on holiday, I apparently gave the impression that I knew where I was going (or perhaps it was that my snapping pictures screamed “Transit nerd”), as a couple of guys at the bus interchange showed me their (paper) train tickets and asked if they’d work on the bus. I said I thought so, and evidently I was right, as the bus driver waved them aboard. Checking now, Brisbane/Central to Nerang is zones 1 to 14, and the bus is zones 14 to 13.

Come to think of it, I’d also been asked for directions in Brisbane, to the nearest supermarket, and was able to point the people in precisely the right direction.

Anyway, the bus journey allowed us to check out some of the Gold Coast architecture. It’s not exactly the Las Vegas scale of garish, but it certainly has the holiday vibe, with a diverse range of building styles (within the high-rise genre, I mean), and many buildings being hotels and thus having their names printed in big letters on the top — no doubt an aid to tourists trying to find their way back to their accommodation. 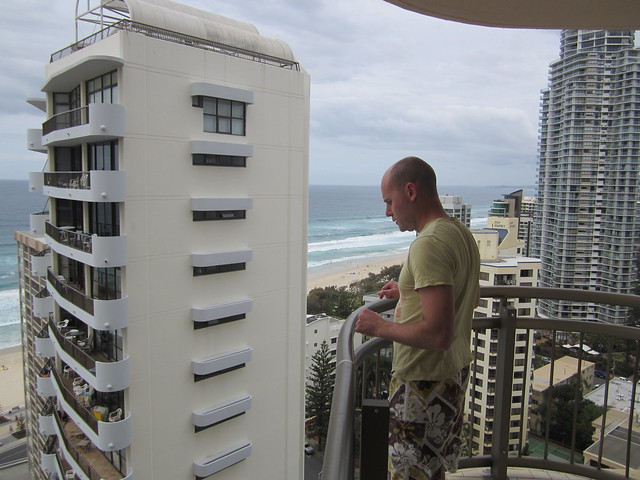 The bus pulled in at Surfers Paradise and we found our way to the Beachcomber building, a slightly disshevelled hotel/apartment block near the beach where the family was staying.

After checking out the view, which was excellent, we headed down to the beach. It was a bit cold for swimming, but we enjoyed some paddling, sand castle-building, burying peoples’ feet in the sand, all that kind of thing, for a while, before heading back upstairs and having some sandwiches for lunch. 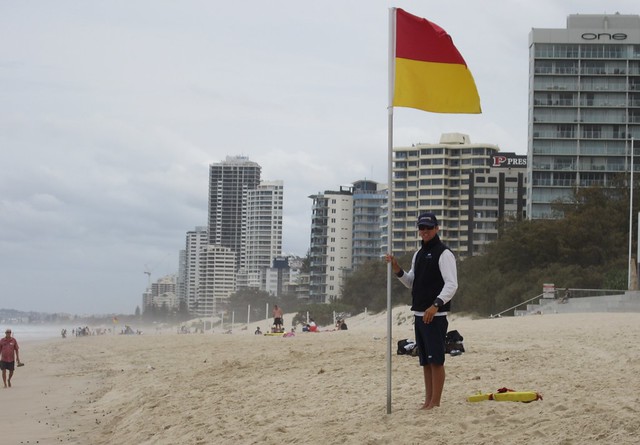 My sister, being the wise Auntie that she is, let us know of a big arcade (in the “arcade games” sense of the word) nearby, and myself and Isaac and Jeremy headed up to look at it with bro-in-law Adrian and his kids.

It turned out to be another Timezone — and according to the signs, the biggest Timezone in the world, no less. 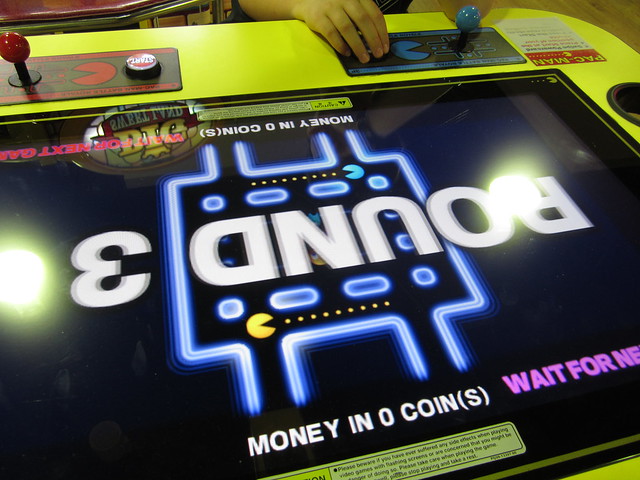 I’d believe that. It was vast. It took perhaps a good ten minutes just to walk around it initially to size up what it had, which included many many games (just about all newer stuff; little in the retro genre alas, though there were several pinball machines), dodgem cars, virtual reality thingies, shooting ranges, laser tag, a mini bowling alley, mini golf, and heaps more.

We scattered into various corners for a while to enjoy our preferred amusements — for me it was mostly pinball to be honest. True to form, my first game was the best, and I got steadily worse after that. 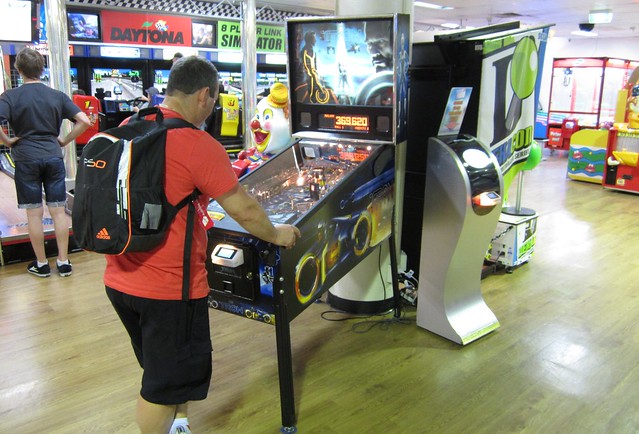 After a couple of hours the money loaded onto our cards started to run out, and the noises and flashing lights were beginning to be a bit much, so after retreating back to the apartment for afternoon tea and a rest, we headed out for dinner nearby — on a recommendation, a Turkish/Italian place around the corner, which served up some most delicious food.

Before too long we were back on the bus to Nerang, and then the train ride back into Brisbane. Just as in Melbourne, being an evening train there were copies of MX to be found to read along the way, and although the sign at the back said the toilet was out of order, it seemed to work just fine.

We rolled into Central about half-past eight, and headed back to our hotel for one last good night’s sleep.

A nice report – more about the journey than the destination!
What did the kids think of Surfers? Were they disappointed you didn’t have time to see the attractions (Water World, etc)?
[Editing note: Note sure of punctuation of peoples’ feet]?

@Roger, we had the time to visit one or more of the Worlds, but chose not to.

Surfers Paradise looks almost exactly like Miami Beach in many ways. If you told most people that the balcony and beach photos were taken in Miami they would likely believe you.