I suppose it’s inevitable that if you sell advertising space, sometimes you’ll be allowing advertising for your competitors.

And advertising for cars is commonly found on public transport. 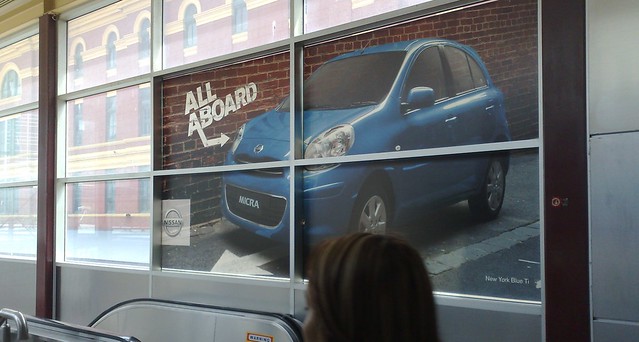 But some of Nissan’s advertising around Flinders Street station goes a step further by directly criticising the public transport it is competing with, with slogans such as “Always get a seat”: 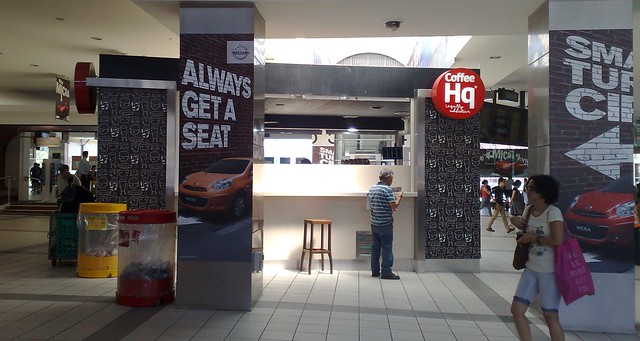 The “No delays” claim is a brave one. Is the Micra somehow immune from getting caught in traffic? 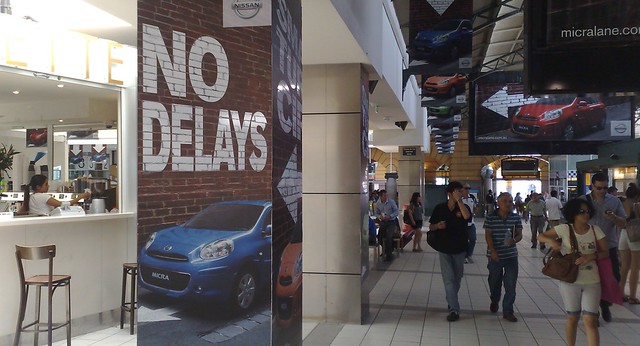 As you descend down to platform level to catch your train, Nissan suggests directly that you “Drive instead”: 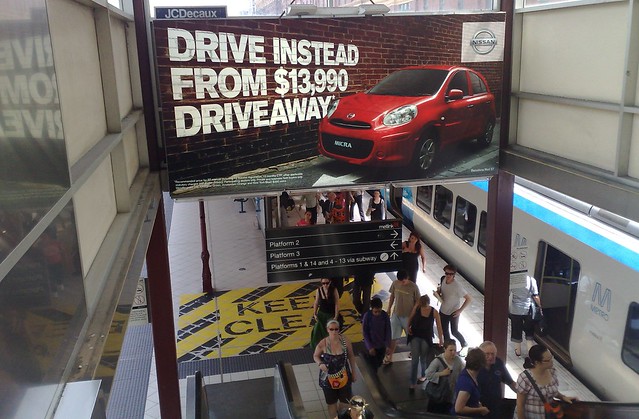 Perhaps Metro is being big by not vetoing these slogans. But it does seem to undermine their own promotions.

Foxtel advertise regularly on commercial television, but I don’t remember them saying “this show is boring — the channels on Foxtel are much more interesting.”

15 replies on “Why is Metro allowing this advertising in its stations?”

Clever.
At least it makes more sense than adverts on a Melbourne tram that were designed to go on a bus (not a tram)

Clever advertising on Nissan’s part but I don’t think these ads have any place in a train station. This directly attacks public transport.

Metro would clearly rather have less passengers than more ! I don’t see the conflict here.

Clever ad, at least its promoting a small and economical car…..it would be in worse taste if it was a SUV or Toorak tractor..

That Metro allow such advertising is a disgrace.

Daniel, this is quite newsworthy, in my opinion. Have you considered approaching the media about it? (Presumably you have the direct number of at least one transport reporter.) I’d really be interested to hear Andrew Lezala’s response to your comments.

The advertising space would have been sold without consulting the station staff or even reviewing the content, it’s all about money.

Metro would clearly rather have less passengers than more ! I don’t see the conflict here.

Daniel, I think u should ignore those nasty remarks about u on one of the transport forums. The bloke in question is obviously a jerk.

That is disgusting!!
Only doing it for the money. As if they don’t get enough money from the government already.

omg, this is unbelievable

Chill out people- you’re all going crazy! I could say the same thing about GetUp! placing their cheesy ads in The Australian! If Metro want Nissan’s ad money, let them have it! Does anyone seriously think some raging PT fanatic is gonna have a road to Damascus moment as he descends the escalators at Flinders St Station? And besides, it’s just some pissy little Nissan Micra- not as if it’s a Falcon GT! I thought the Micra was the type of car that PT guys would drive when they’re naughty and don’t use PT, because it’s an greenie style go kart!

In all seriousness, if Metro felt threatened by the ads, they could have refused the money to show them. It’s their ad space, they obviously think that it’s not really a threat to their patronage- if anything, Nissan probably feel that they could get some cross consumerism- young students who take PT to uni into the city aren’t likely to stop using it, but in eventually looking for a car would be inclined to go for something like the Micra. Besides, maybe Metro don’t take themselves as seriously as you people seem to!

Maybe it’s a Melbourne thing, but this competitive advertising is common enough in Sydney. I just see the ads as a little playful… would people seriously think they’d better buy that car so they don’t have delays??? (And then never use PT again?)

do metro put those ads like “read a book instead of a road map – go on, take the train” up on freeway billboards?

Of course it does not make sense does it. Especially when one finds this on their website. “…by collaborating with organisations that help enhance our vision”.

Perhaps they feel Nissan can enhance their vision of meeting Melbournes transport needs. Indeed, not the first time we see Nissan signage embracing the halls and walls of Flinder St station. This time last year it was the then newly released Nissan Dualis model.

I think the advertising space is subcontracted out, complete with its own maintenance and cleaners (you’ll notice they’ll be spotless and soon repaired while the rest of a platform & station will be a mess)