I’m hearing that there are incredibly long queues for Brickvention today at Melbourne Town Hall. Shame… when we went in 2009, the queues weren’t too bad. Perhaps they’ve become a bigger event than they realise.

I realised I never blogged the pictures and video from 2009, so here they are now. 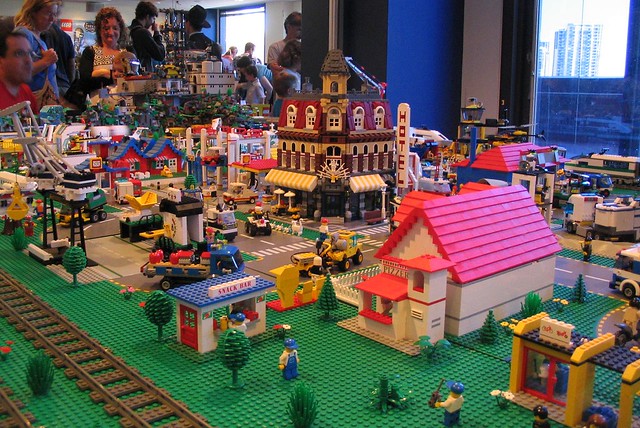 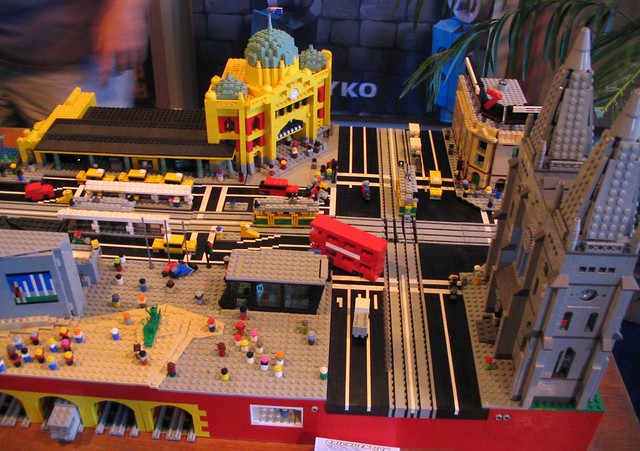 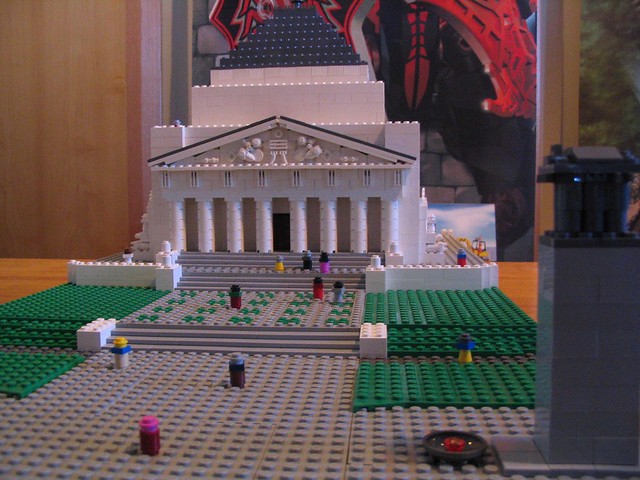 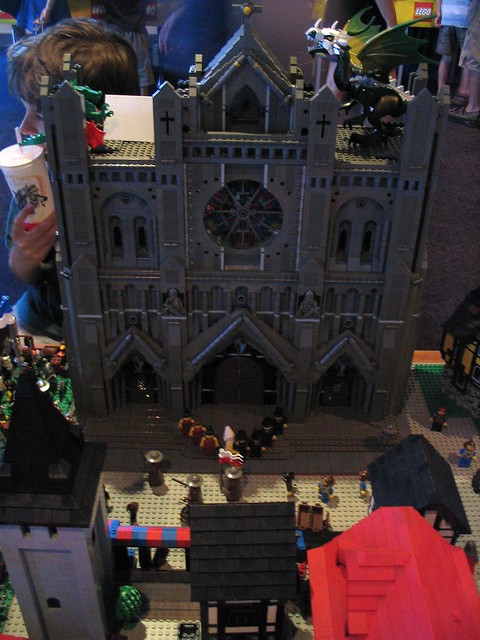 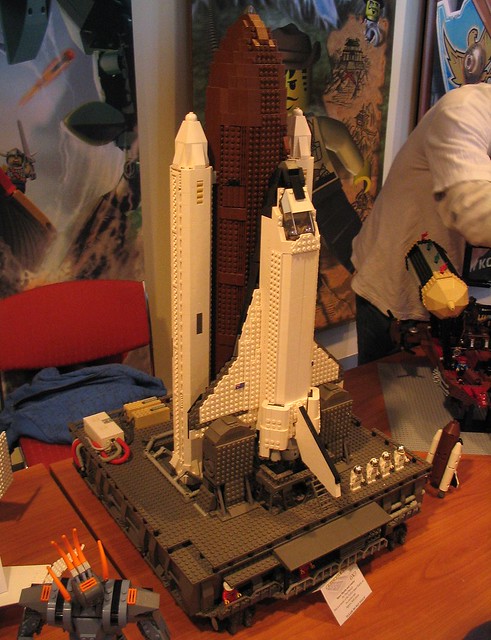 There are heaps more pictures from 2009 and from other years on the Brickvention web site.

Went past the town hall on a 109 about noon and saw huge queues there and wondered what was on. Now I know! Thanks!

saw the storm troopers walking around outside…figured some kind of nerd convention must be happening!

The lego Melbourne is fantastic – it even has the trains going underneath Fed Square! Awesome.

… but why is there a DOUBLE-decker bus on the corner of Swanson and Flinders Streets?

Ditto as David. A lego version of my favourite train.

@Roger, you don’t recall the double-decker tourist buses that used to be seen around Swanston St?

Tickets this year were $6 for adults, $3 for children, with a $12 four-person-family deal. The queue was over two hours long at its peak, and wrapped the whole way around the block to meet its head.

We took about 90 minutes to get in, and the place was packed. I couldn’t move very easily, so left after about 20 minutes of peeking through crowds at impressive-looking constructions. There was no chance I could have asked the exhibitors anything, the noise of the crowds was too much.

Apparently the only options for a larger venue next year are Jeff’s Shed, which will drive the ticket price up quite a lot.

D’oh! I wasn’t meant to be in Melbourne while this was on, so put it out of my mind. Although it turns out I was (due to QLD flood related reasons) and forgot all about it. Will put on the calendar for next year though.

Love the model of Flinders/Swanston corner, that’s cool. Would love to see a full model of Federation Square…

There was a train station in the lego lineup in the mid-1990s that bore a resemblance to Flinders St Station
http://www.brickset.com/detail/?set=4554-1