Advertising on public transport is big business. In Melbourne around 360,000 people a day use the train system for starters… and buses and trams get spotted on the road by many more.

Personally I don’t mind the ads if they’re not intrusive. They help subsidise the system.

I wonder how it works when advertising on public transport is for public transport. Do the operators give themselves the space, or do they have to go through one of the advertising companies who presumably do the day-to-day maintenance on the posters?

In many cases the messages are in-context: promoting on-road priority for trams and buses on trams and buses, for instance. In others, it’s clearly directed at passengers who are likely to see the ads. It might well add to their success. 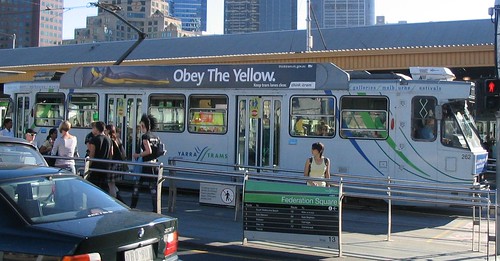 Tram advertising tram lanes — Obey The Yellow (click through for the TV and Radio ads), featuring that rather bizarre stripey yellow guy. 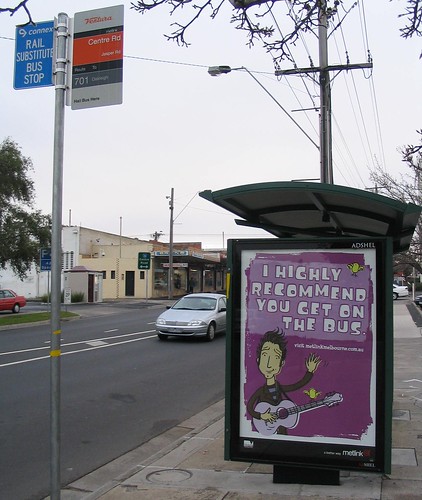 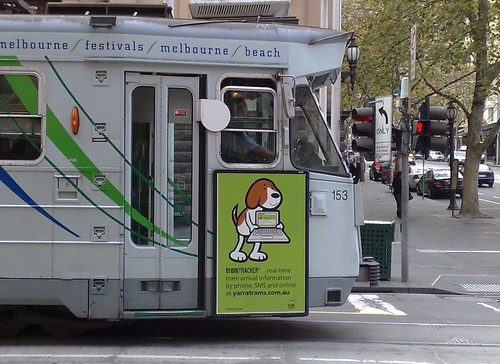 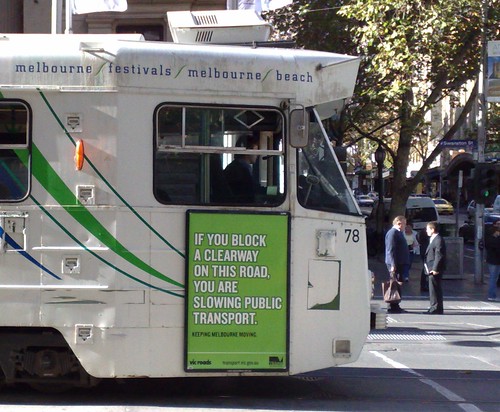 Tram advertising Clearways on public transport routes — I have my doubts that a motorist seeing this would care very much. Both the picture and research suggest that it’s a lack of traffic light priority which plays a bigger role in delaying public transport. 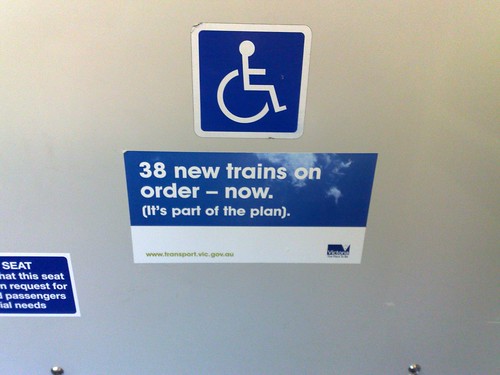 Propaganda on the train for the government’s transport plan, including the new trains on order. (Transport plan parody advert.) 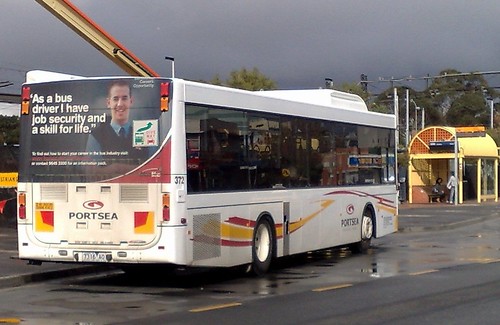 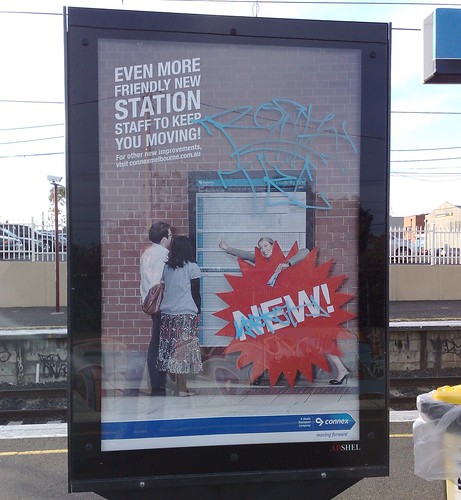 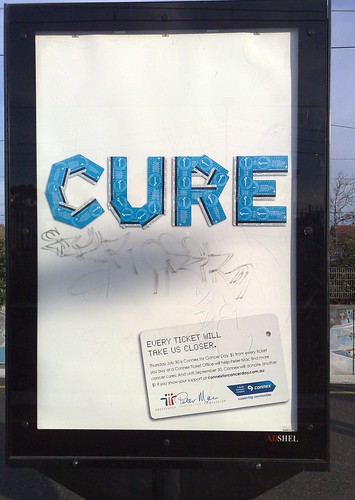 Station advertising for train operator fundraising for cancer research. (Until 30th of September, if you go to the web site and post an inspirational message, they’ll donate a dollar.) 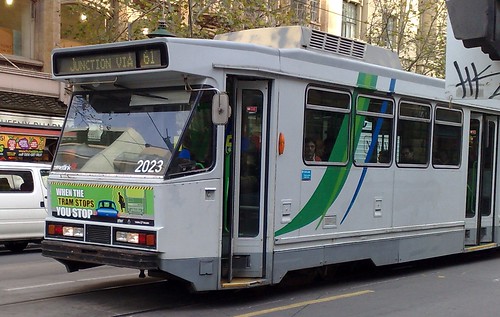 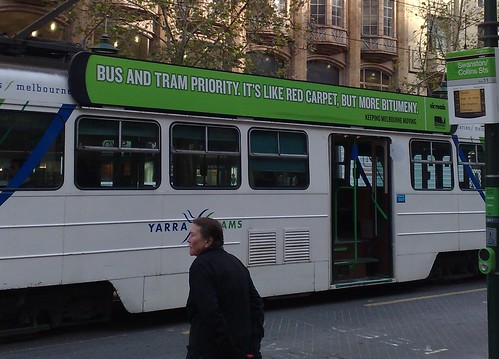 Tram advertising tram (and bus) priority. I like the quirky slogan. 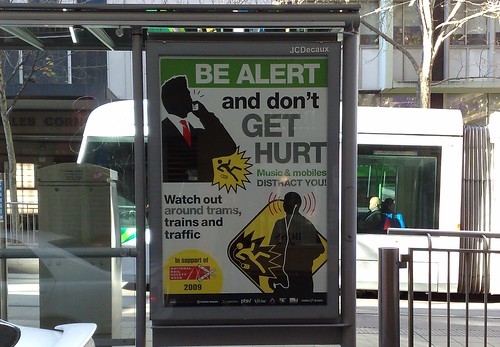 Tram advertising tram safety — This is a real problem. I know someone who was once injured in an accident involving an iPod and a tram. 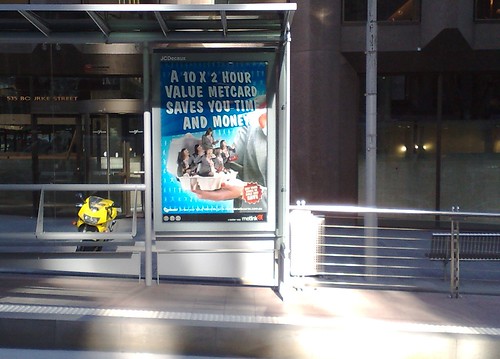 3 replies on “Advertising PT on PT”

Looks like the “Obey The Yellow’ guy is posing for a photo shoot.