It kicked off at 5pm. You know how at some concerts the support acts are a bit half-rate, fledgling bands still finding their feet? Not a bit of it here. All superb.

And then headliner, Paul Kelly. 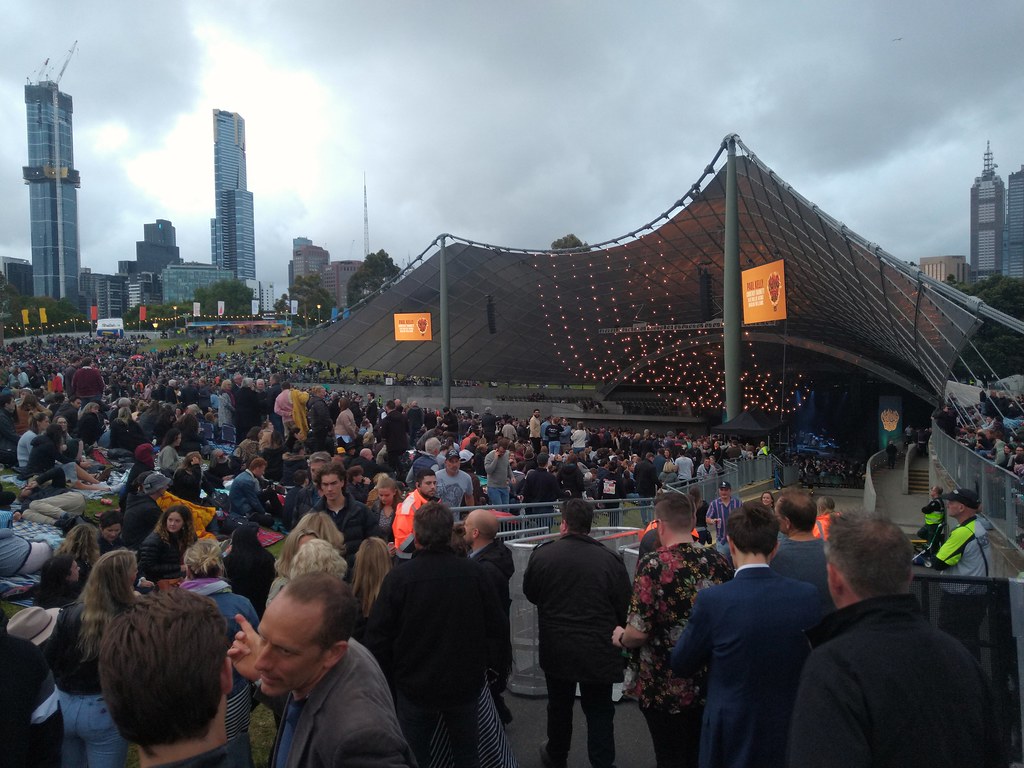 The Sidney Myer Music Bowl was packed, and no wonder — this gig had sold out months ago.

I don’t think I’ve been to a concert at the Music Bowl since I was a kid. Carols By Candlelight one year. It poured down with rain. We were so drenched the tram conductor took pity on us and gave us a free ride home.

This time it didn’t rain, and we were lucky enough to get seats undercover in row G – close enough to see everything; not so close that the crowd at the front blocked the view. The General Admission areas were also packed, with some people finding a comfortable spot on the grass where they couldn’t really see anything, but could at least hear all the music.

I’ve done all the dumb things

A friend rang before the main act came on. “We’ve got some spare seats. Row P. Do you want to join us?” Sorry Steve, it’s really nice of you to offer us an upgrade from Economy to Business, but we’re already in First.

There was free bonus entertainment: the couple next to me who got narked-off by the couple sitting in front of them who kept holding their phones up to record long videos of many of the songs. They resorted to tapping them on the shoulder. Then towards the end they got really irritated when the phone couple stood up to dance and see better… but really, that’s part of concerts.

PK played all the hits, and some new stuff. It was all great. 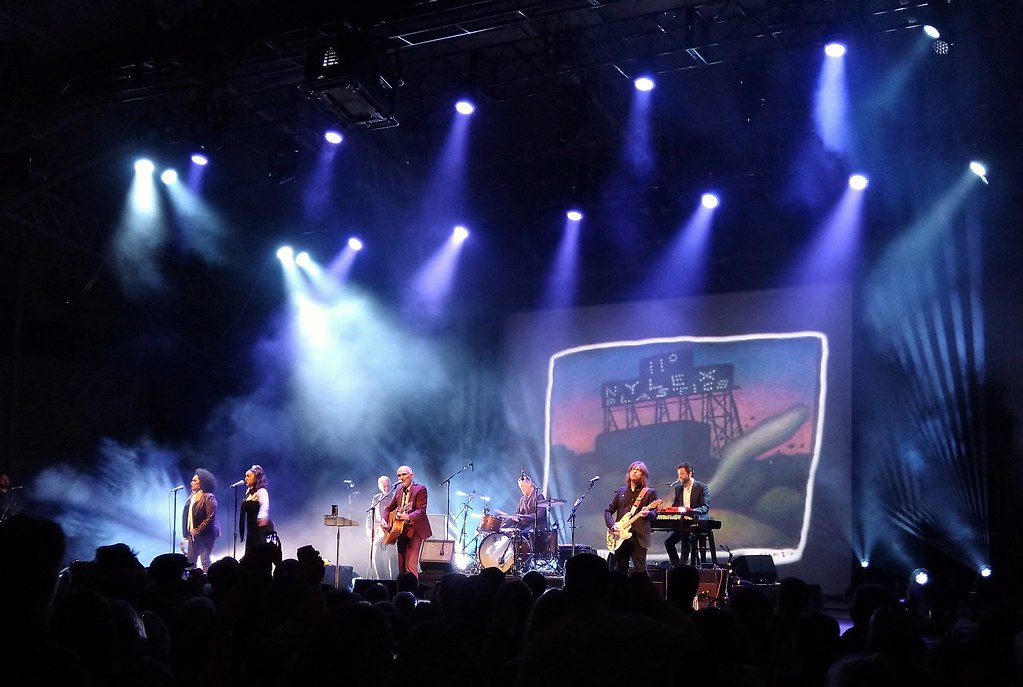 The clouds threatened but the rain held off, the queues for the food weren’t too ridiculously long, and all the musicians and the crowd were in top form.

And one of my favourites, perhaps his best obscure song: Love Letter, probably the most mainstream song from his terrific Professor Ratbaggy side-project from 1999.

As the crowd dispersed, we walked back along the river to Flinders Street Station. Plenty of people around at 11pm on a Thursday night – and I was once again struck at how busy Melbourne can be, 24/7.

Nobody uses public transport at night. Half-hourly trains – do we really think we are a world city? #MoreServicesPlease pic.twitter.com/jjQdga2FYG

As I walked home from the train, I pondered that I’ve seen Paul Kelly live in concert many times in the past 20+ years. He’s still great.

I haven’t seen Paul Kelly in concert but I did sit opposite him on a St Kilda Rd tram once. However I couldn’t remember who he was – at least not until after I left the tram.

Daniel, it was fabulous. I didn’t see you, did you see me? Ob PT: The # 6 tram home was hardly packed – seems everyone headed for Flinders Street and a train.

I don’t think I’ve been to a concert at the Myer music bowl since Daniel was a kid either.