The coal industry trying to pretend they’re good guys. I don’t know if they even pretend these days… note yesterday Adani announced it would press ahead with its new coal mine, in the middle of a state bushfire crisis — nice touch. 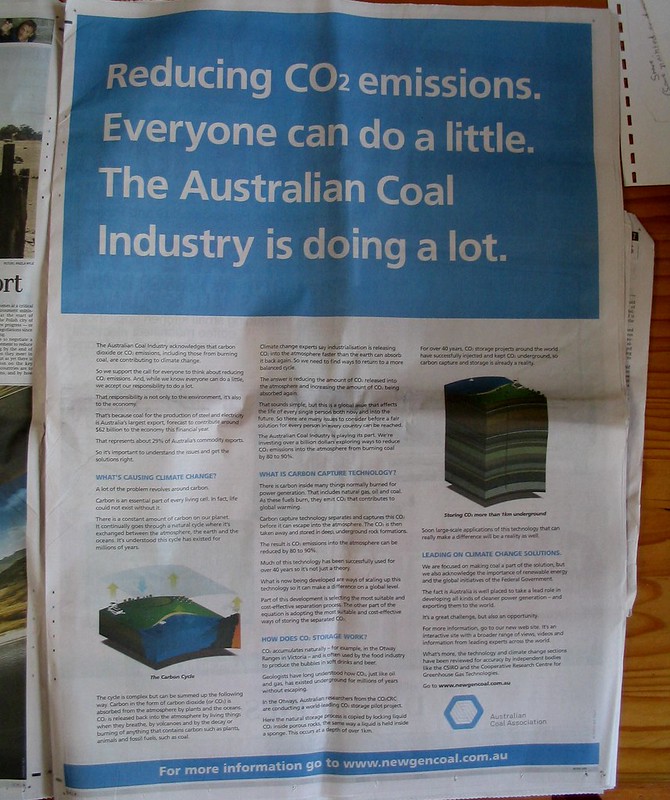 Warrnambool holiday! This was fun. Should go back sometime. 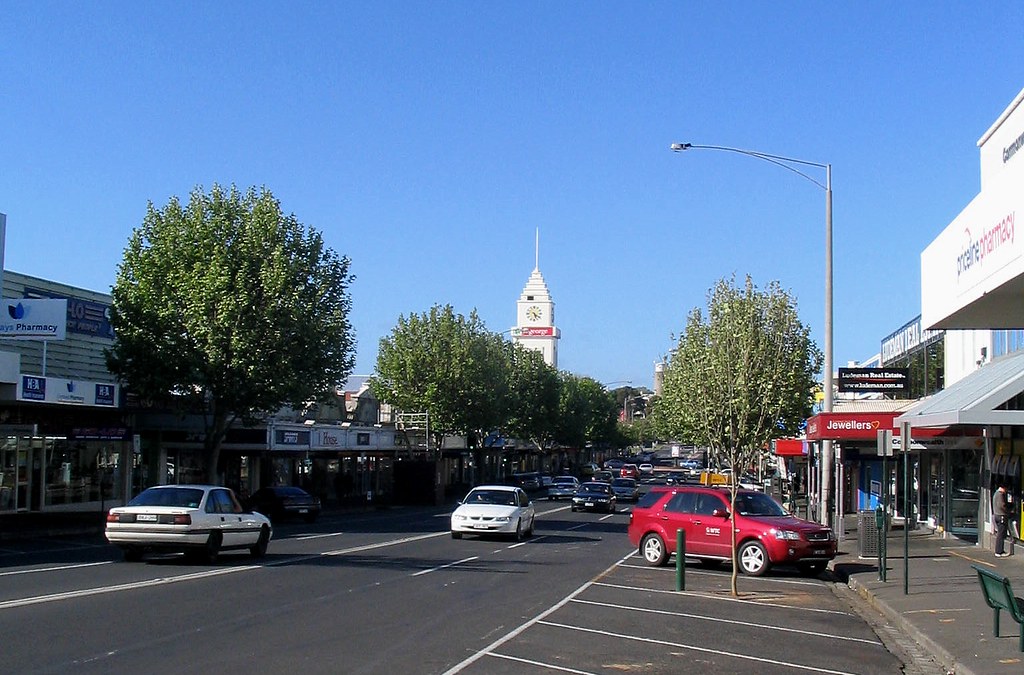 Unprotected level crossing somewhere near Warrnambool. With little traffic, and about half-a-dozen trains per day, probably not going to be removed anytime soon. 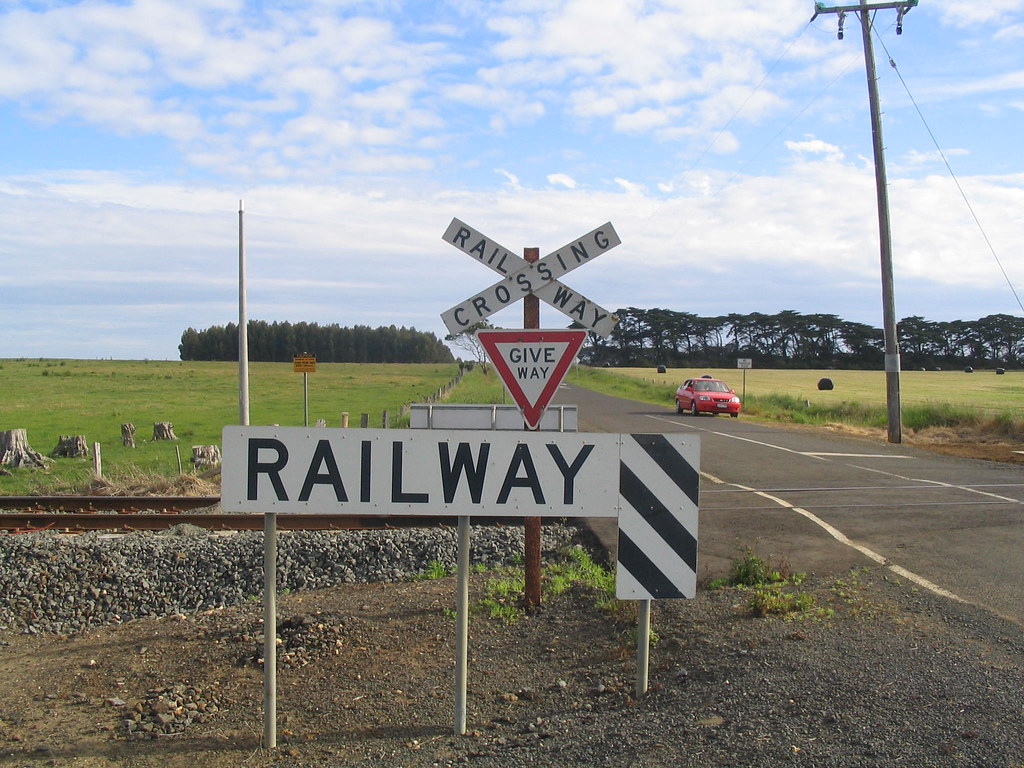 I remember we hired a car from a place in the ‘Bool where the bloke said “No worries” about every 20 seconds, so we could drive part of the Great Ocean Road. Here it is. Straya. 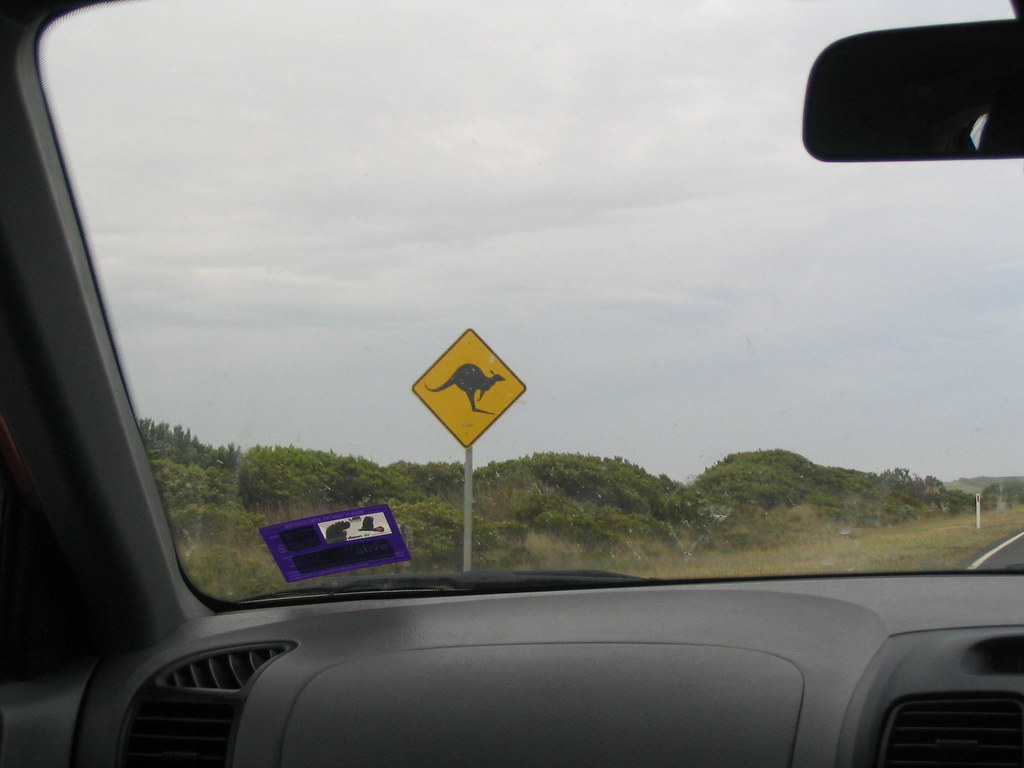 Plenty of tourists at the Twelve Apostles 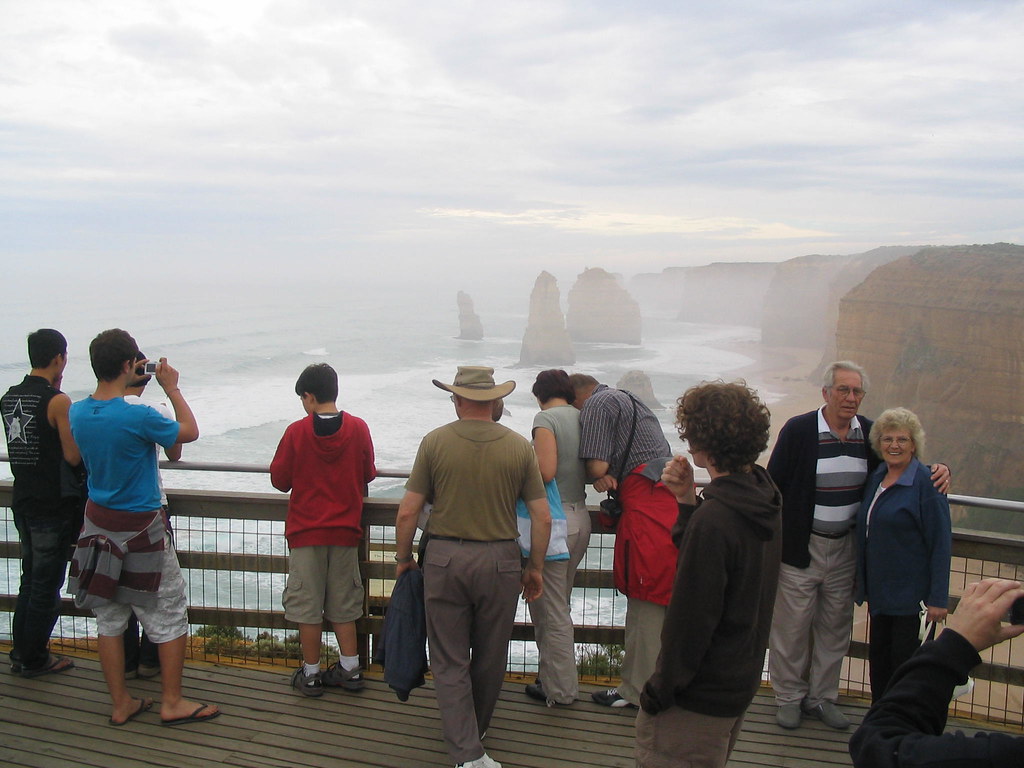 Back in Melbourne, a train ride to “Unknown Line ID” 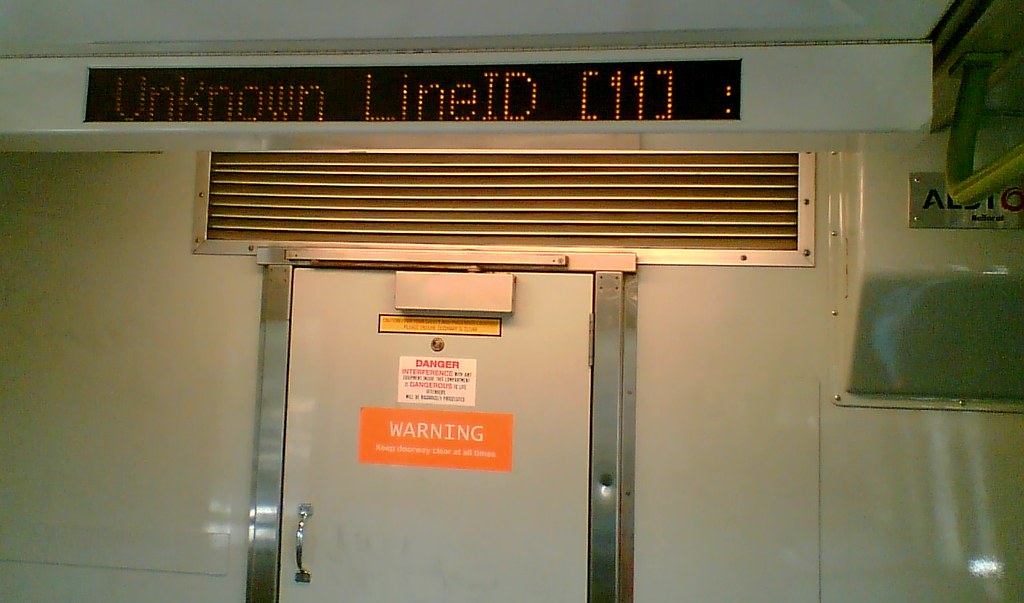 Motorcycles parking all over the pavement are not a new problem, but as the CBD gets busier, they’re a growing issue. This is a photo snapped for a blog post about them back in 2008. 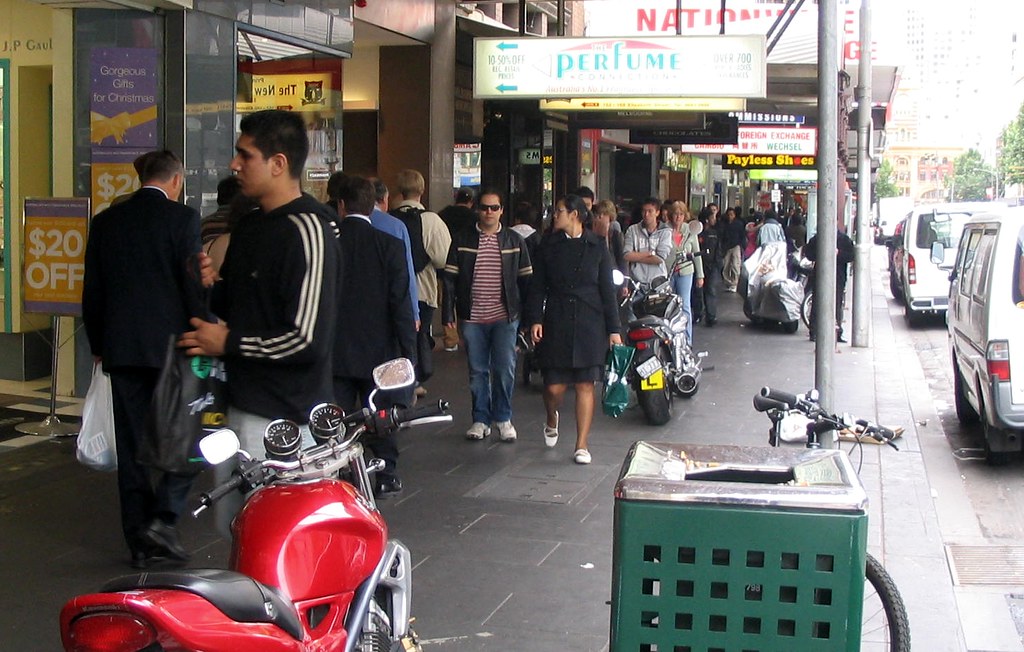 The election of Barak Obama. I was watching on a CRT, obviously… and blogged a whinge about the ABC cropping the CNN ticker of useful information. 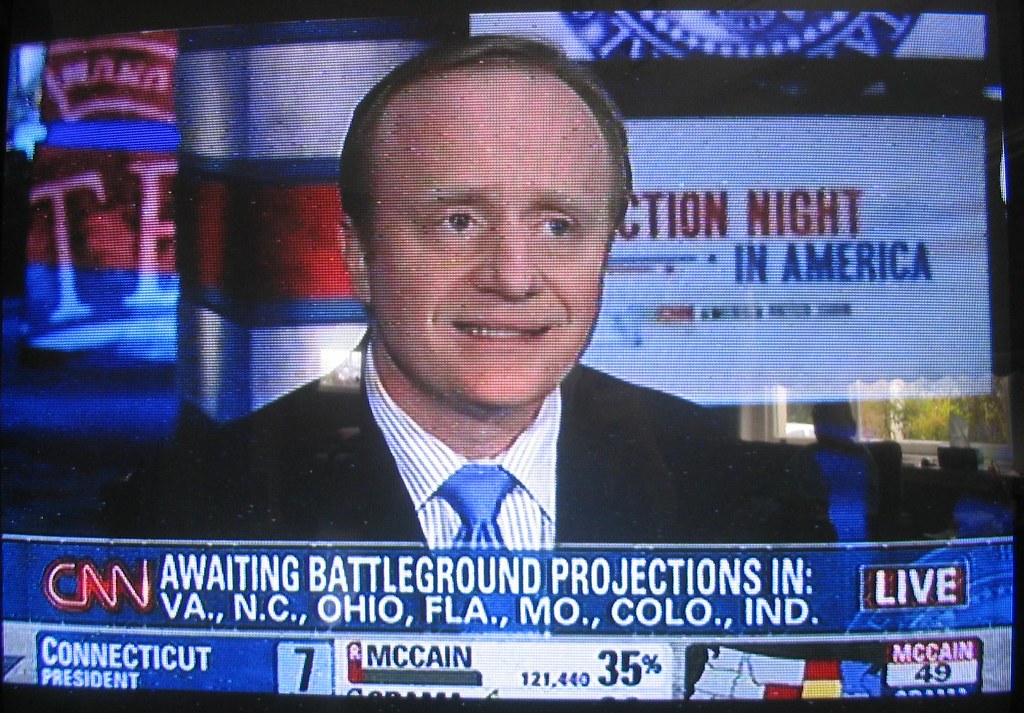 A big Connex advertisement in Newmarket. This was the month they moved Werribee trains out of the Loop on weekdays, and started running the Clifton Hill loop clockwise all day. Not everyone liked it, but both changes have helped enable more trains to run. 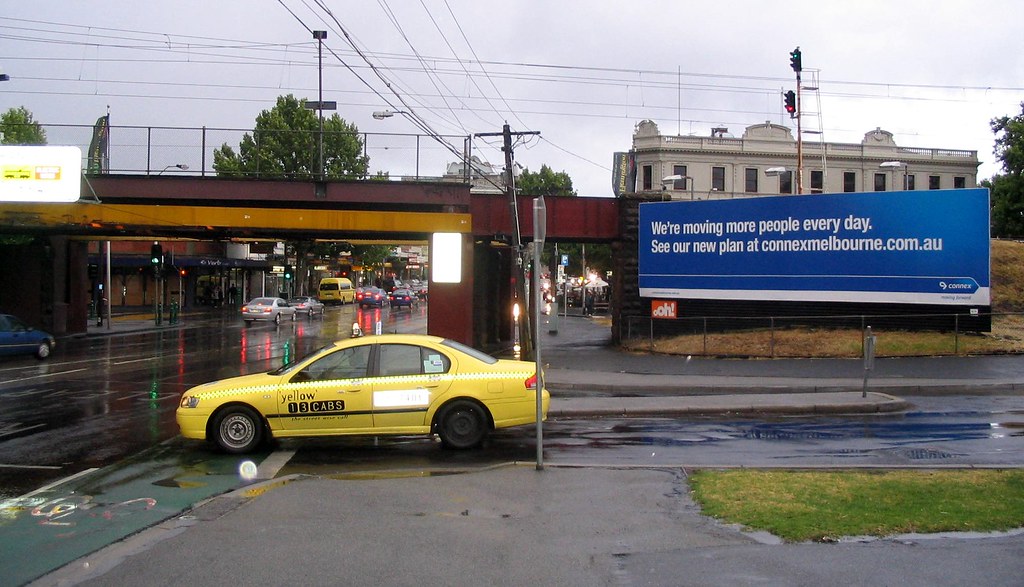 Regarding unprotected level crossings, I wonder if the boom gates and equipment removed from the level crossing removal programme and being put to use to those places?

Also I remembered back then I was living in Brisbane and from time to time on my motorbike. On my occasional visits I thought how convenient then to be able to park on pavements and my questioning why more people are not on bikes. A local told me people are probably discouraged by the weather.

Things seems to have changed a lot since I’ve moved here with a lot more motorbikes around (especially these days with the “gig economy”-powered food delivery bikes), but I have since given up riding motorbikes and have not ridden them here ever. Not so convenient now with pavements cluttered as a pedestrian I guess.

@Arfman – the cost of installing boom gates at level crossings is the civil works – equipment bases, cable runs, even getting mains power to the site. Not to mention the effort to test the completed installation to make sure it is failsafe and working as designed. Reusing second hand boom barriers and flashing lights won’t make much difference to the bill.

Fair enough Marcus. That makes sense. After taking account the cost of transporting it, I guess you’d probably make more selling it as scrap metal along with all the other scrap that’s being disposed off.