My day job had me working in Collins Street, and occasionally we’d get to go to the upper levels and check out the view. That’s Manchester Lane at the bottom left, and near the top left you can just see the Shrine. Newspaper House dates from a 1933 revamp of an 1884 building, and at the time was owned by Herald and Weekly Times. The renovation also added the lovely mosaic on the first floor. 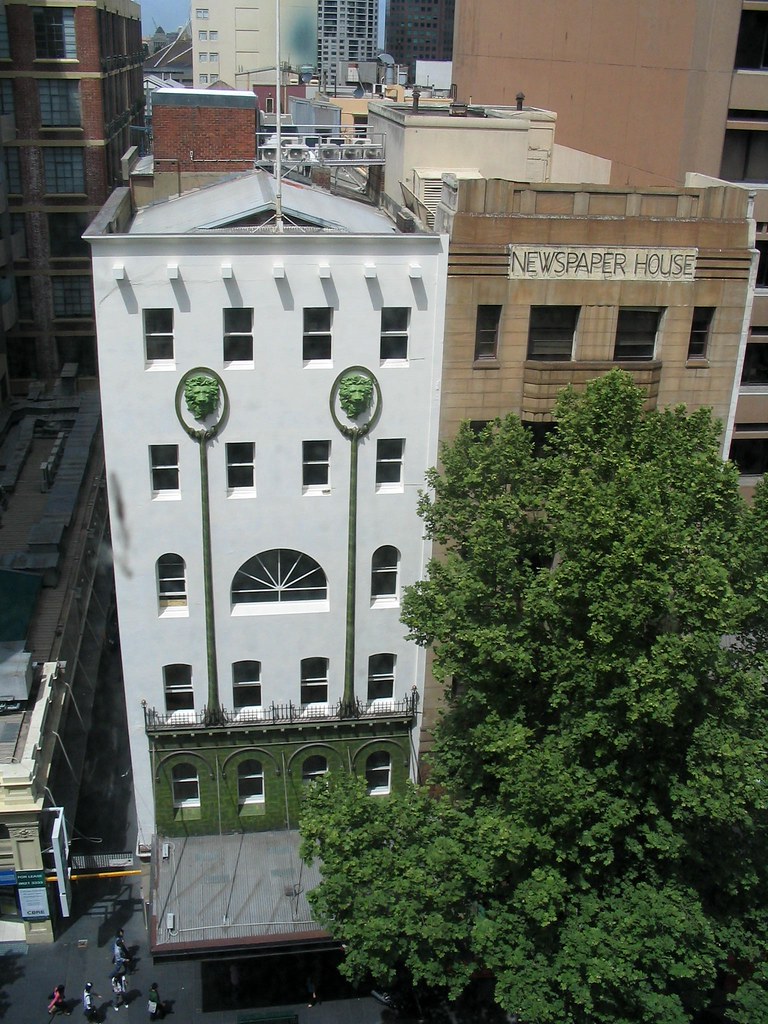 Looking down at Swanston Street you could see the Burke And Wills statue, well before it got moved to make way for the metro tunnel works now underway. 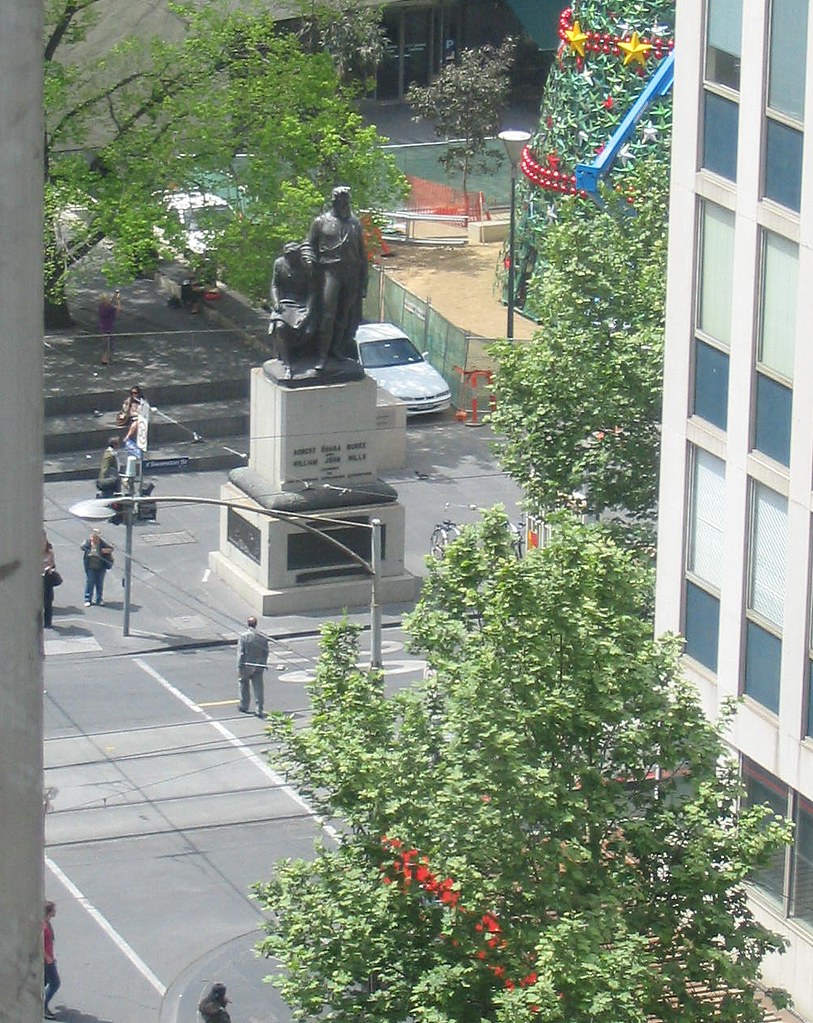 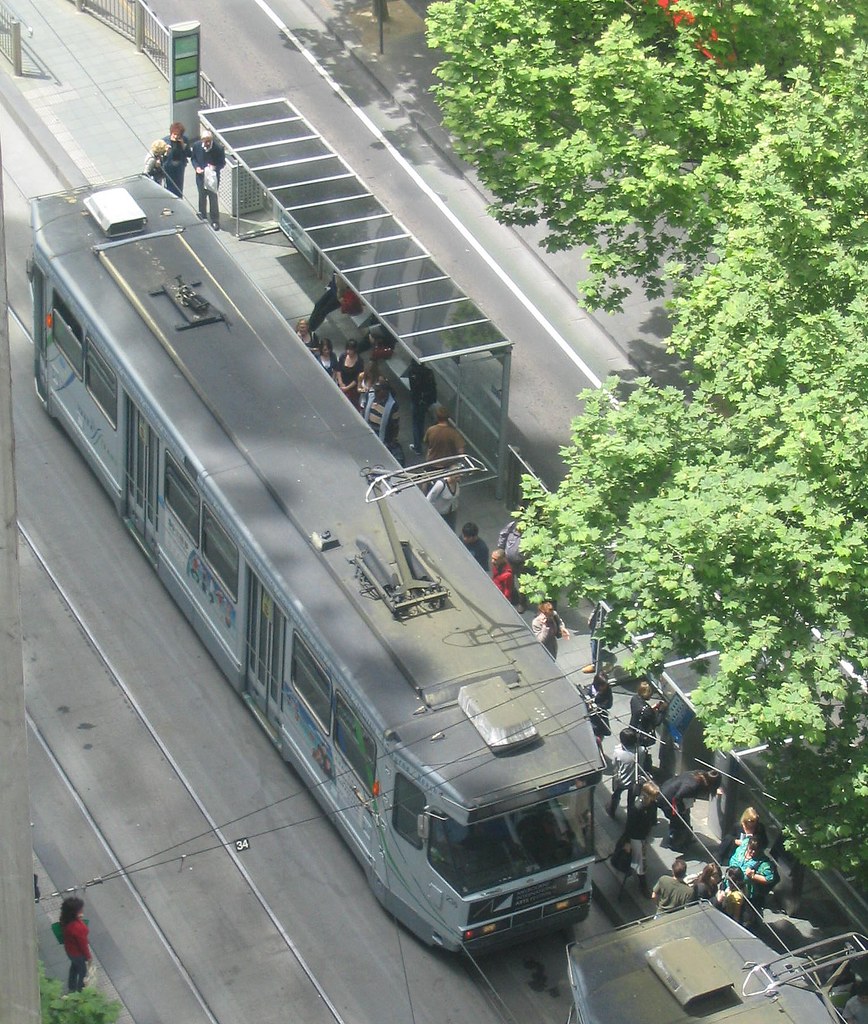 How many people would know that a 108 goes most of the way of a 109? Not many I suspect, which is why the mystery route numbers were always a bad idea. 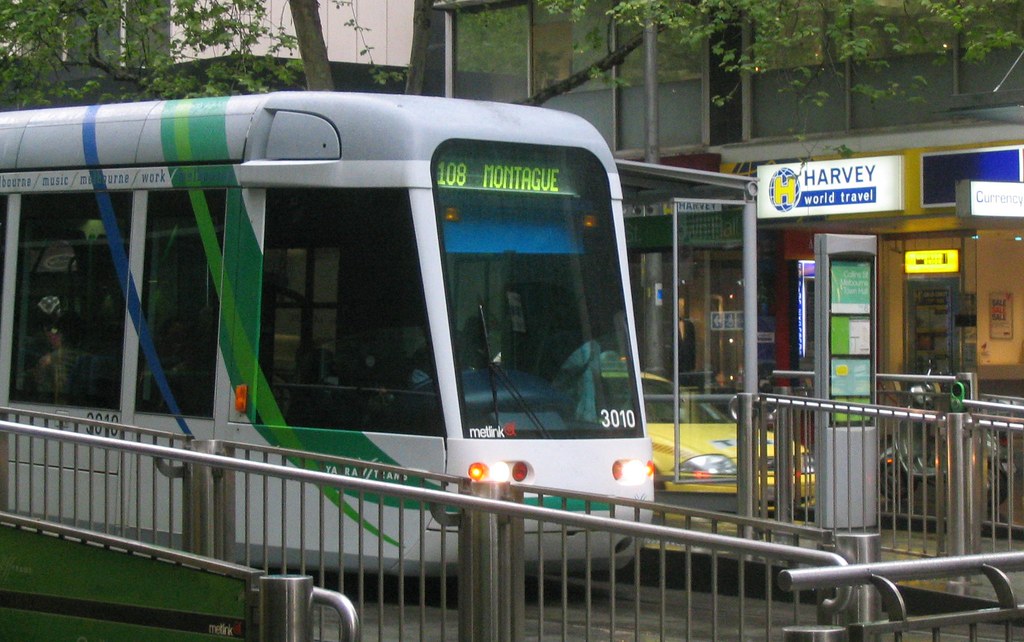 Before the days of Myki, queuing for a V/Line ticket at Southern Cross station. You have to wonder how many people actually missed the train and had to wait an hour or more for the next one because of the queue. 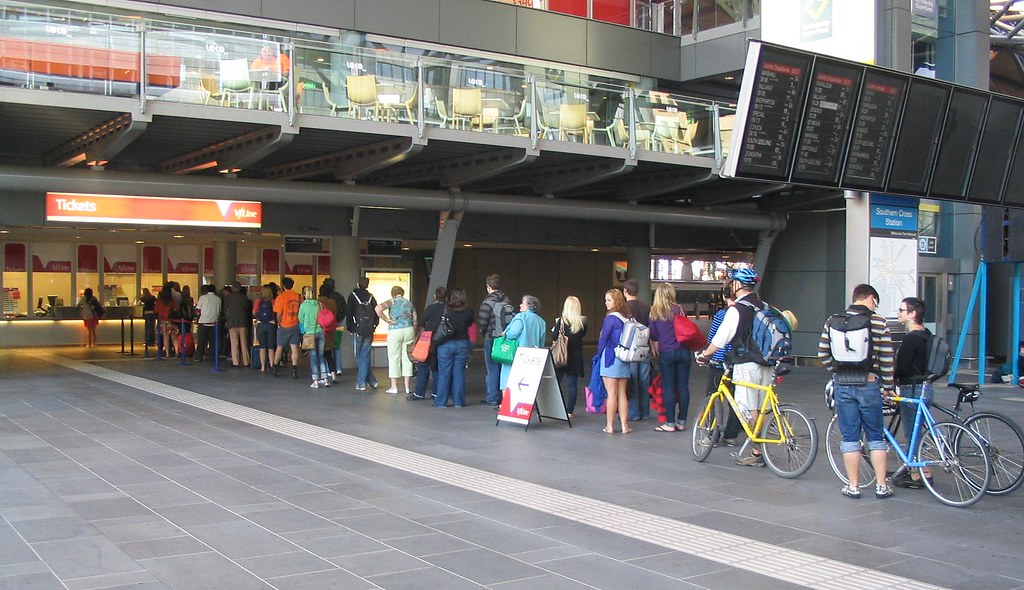 Above you can see the flatscreens were working for V/Line… not so for suburban services, which were using temporary CRTs on the concourse. 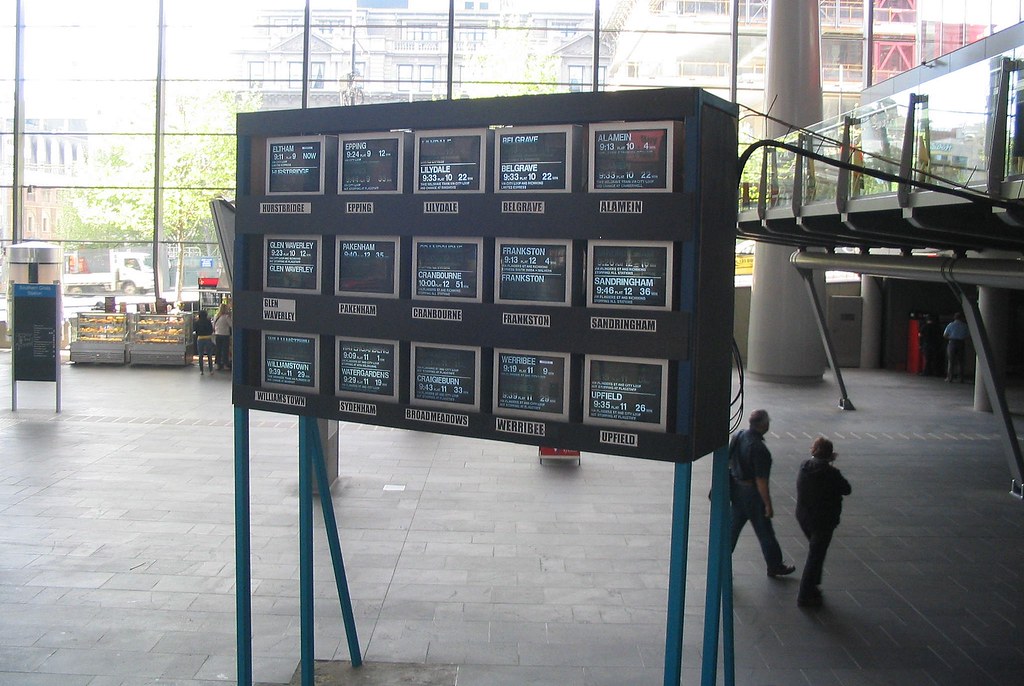 Myki had yet to start properly — that would be in December 2008 in Geelong — but it already a spot had been reserved at SoCross for an information booth. 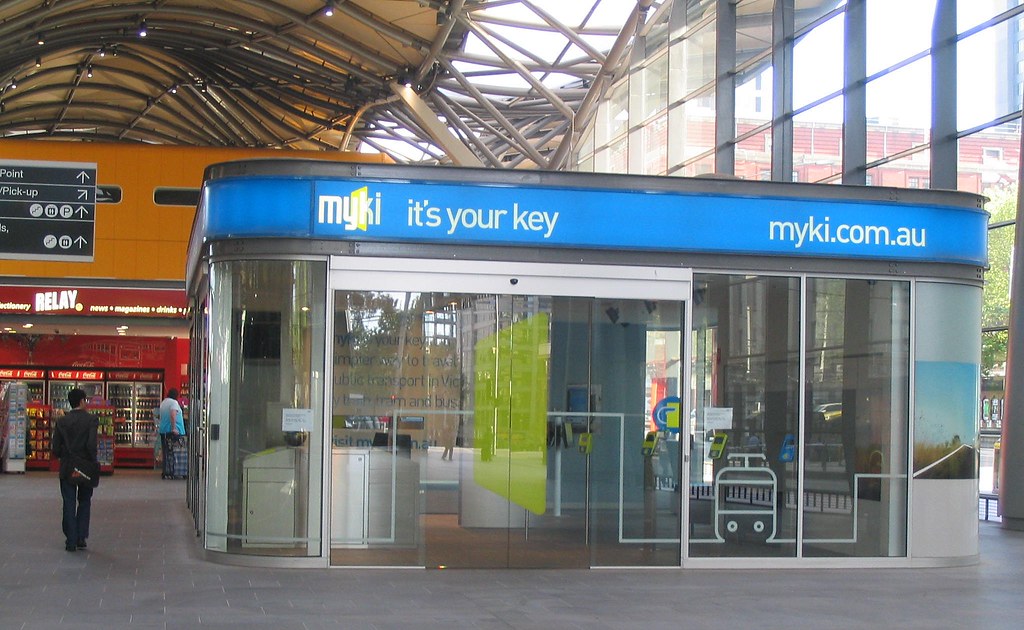 The disrespect that some traffic engineers have for public transport is evident in this photo — they had allowed off-peak parking in front of the bus shelters for one of the busiest bus stops in Melbourne. Checking Google Streetview, not fixed as of November 2017, but at least now it’s a loading zone, not general parking, except on Sundays. 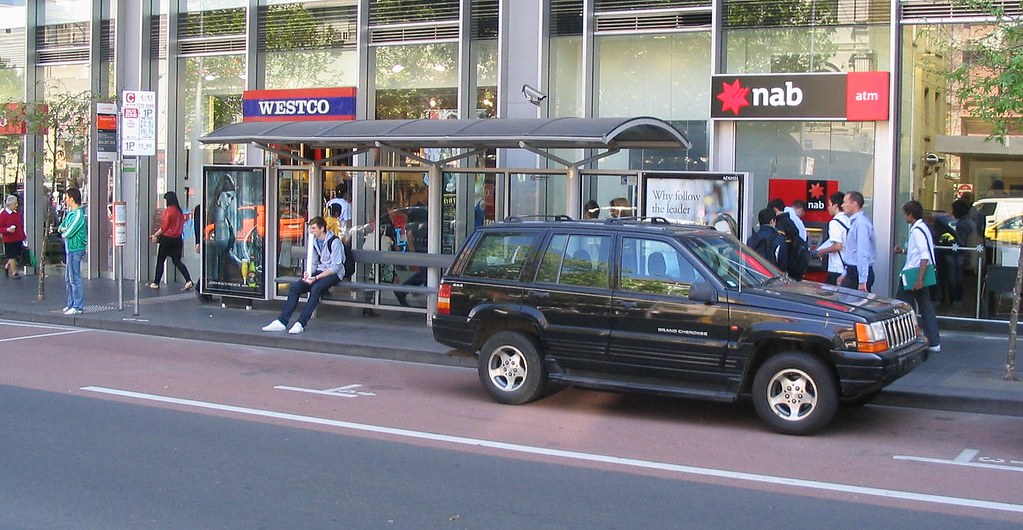 I think this was an RTBU campaign to get more railway stations to have staff. What happened instead was the rollout of Protective Service Officers, mostly after 6pm. 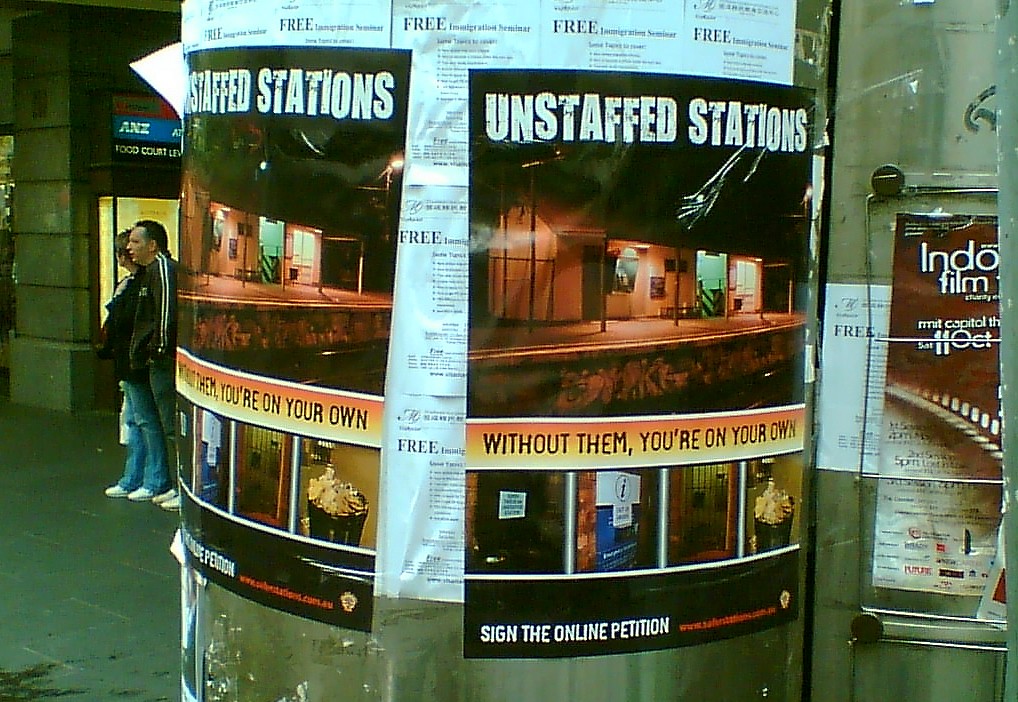 On a trip to the country, I found this wind turbine. I’m betting critics of the newer type don’t feel the same wrath at these more traditional models. 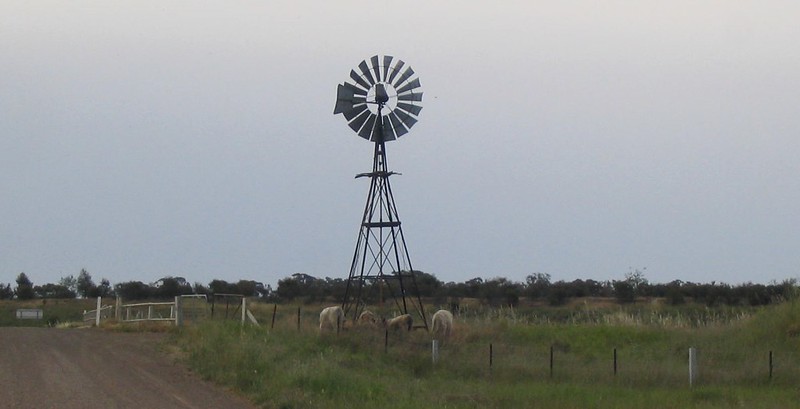 A protest at Flinders Street Station in favour of more sustainable transport. Note the “no tunnels” signs; this was in the wake of the Eddington Report, which is where the East West Link gained prominence, and was in the lead-up to the Victorian Transport Plan, which was the Brumby Government’s response. 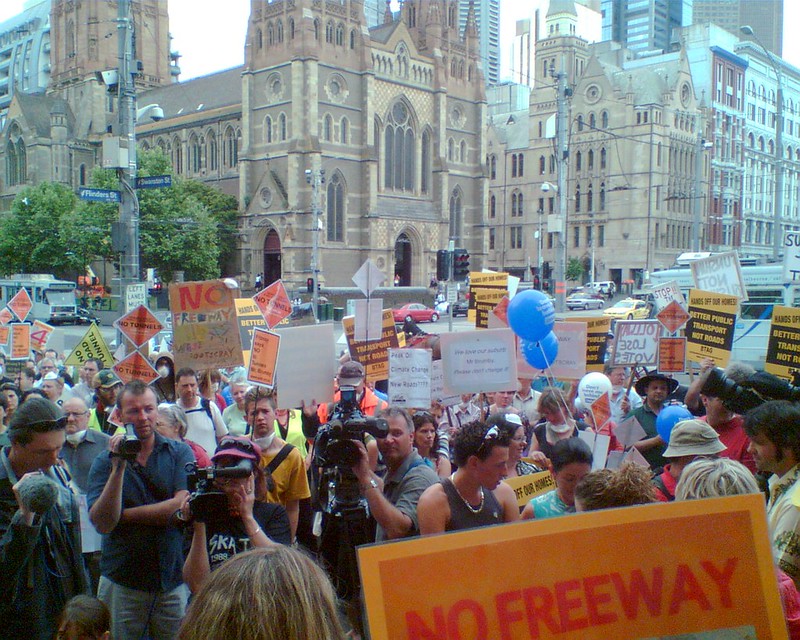 The thing I notice from these pics is how quiet the stations seem! Rarely (if ever) like that now.