Here’s another in my series of old photos from ten years ago… this time, June 2008.

You might remember that Frank Woodley did TV ads for Metlink, to encourage bus usage. Here’s the cartoon version, on a bus stop. 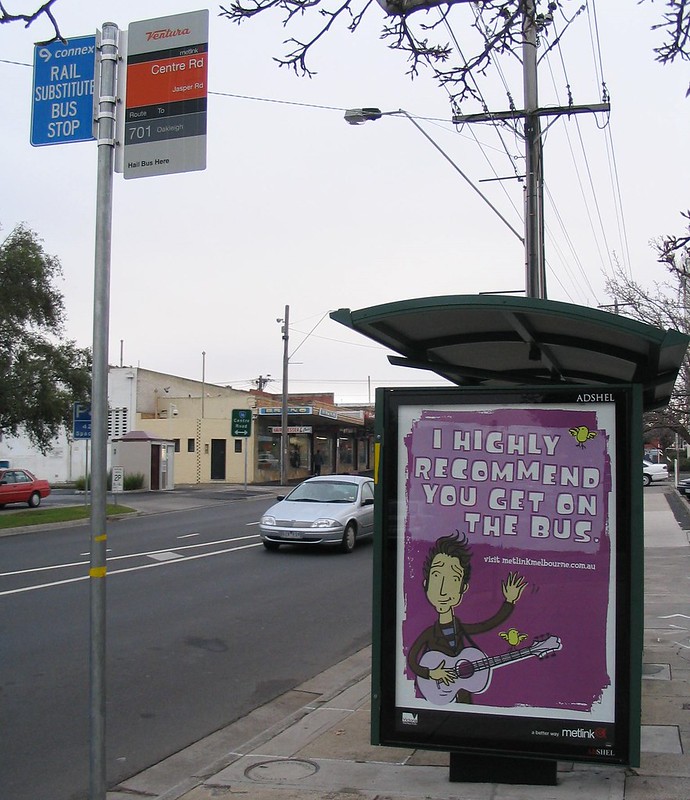 Speaking of advertising, I quite liked this ad for the Get Smart movie (originally posted here). Come to think of it, I’ve still never seen the movie. 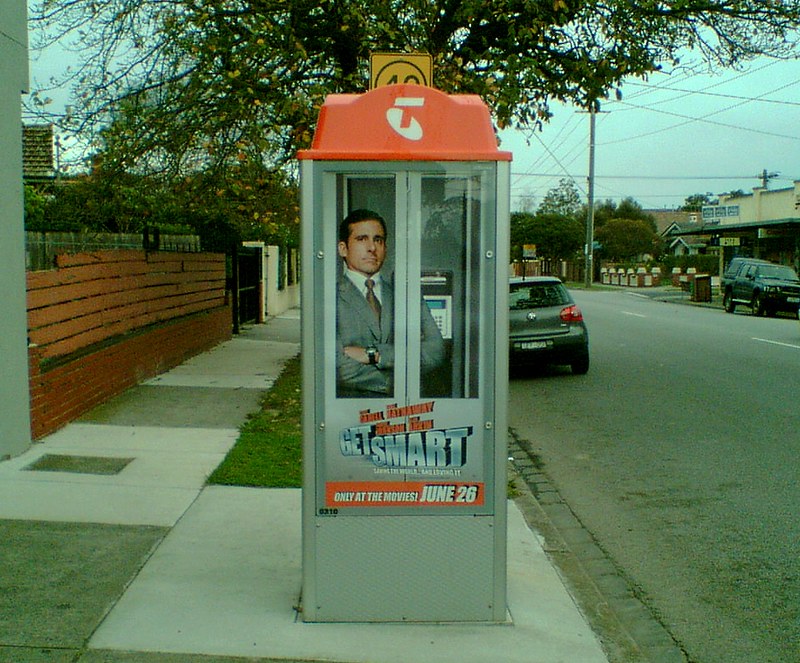 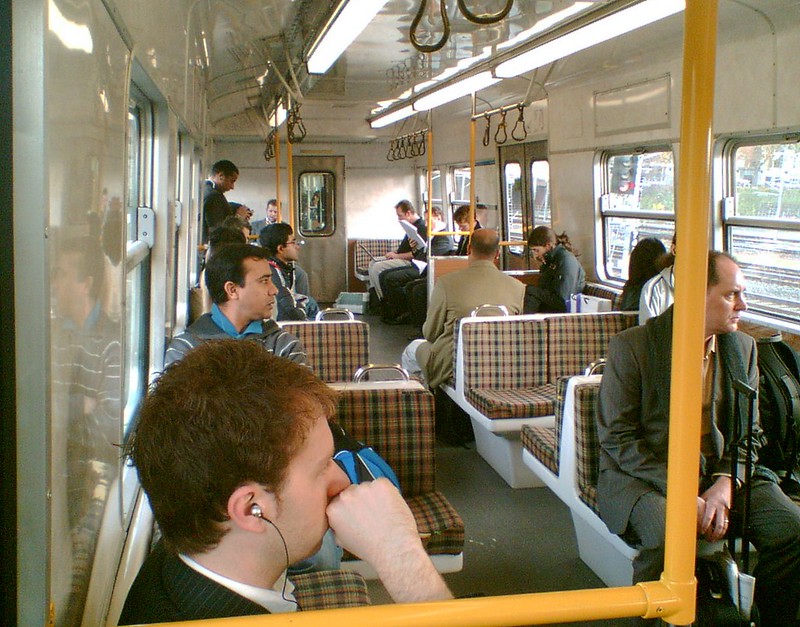 Gambling addiction is a serious problem, but this is still one of my favourite photos: The Machines Will Win. (See also: Part II) 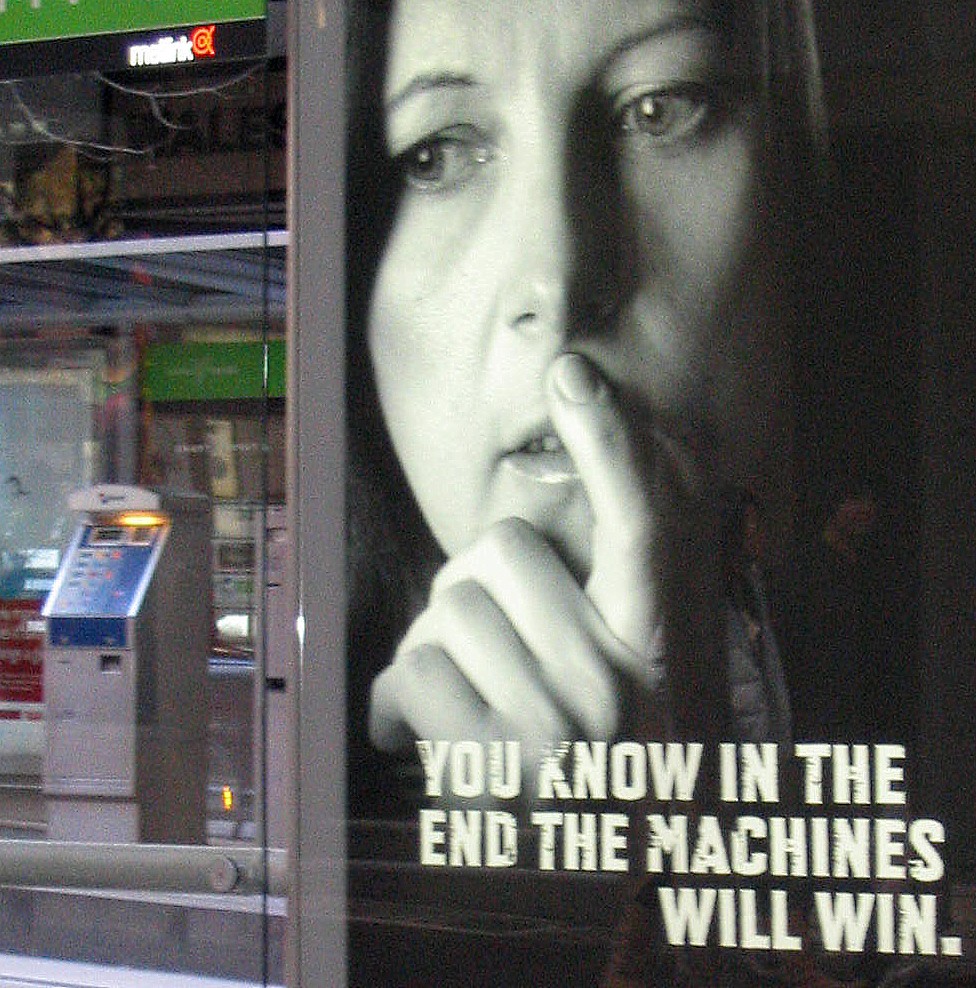 (For those with short memories, that’s a Metcard machine; the predecessor to Myki, and just as disliked when it first got introduced.)

The signage at Bentleigh station, back when the train times worked. 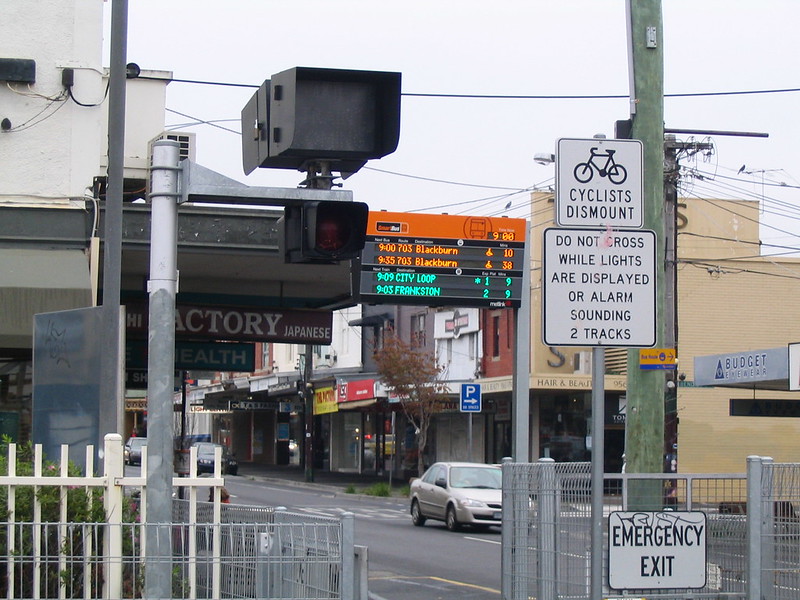 Punt Road – then, as now, sometimes the buses can’t reach the bus lane because of all the traffic. Hopefully the re-design of this intersection will fix that. 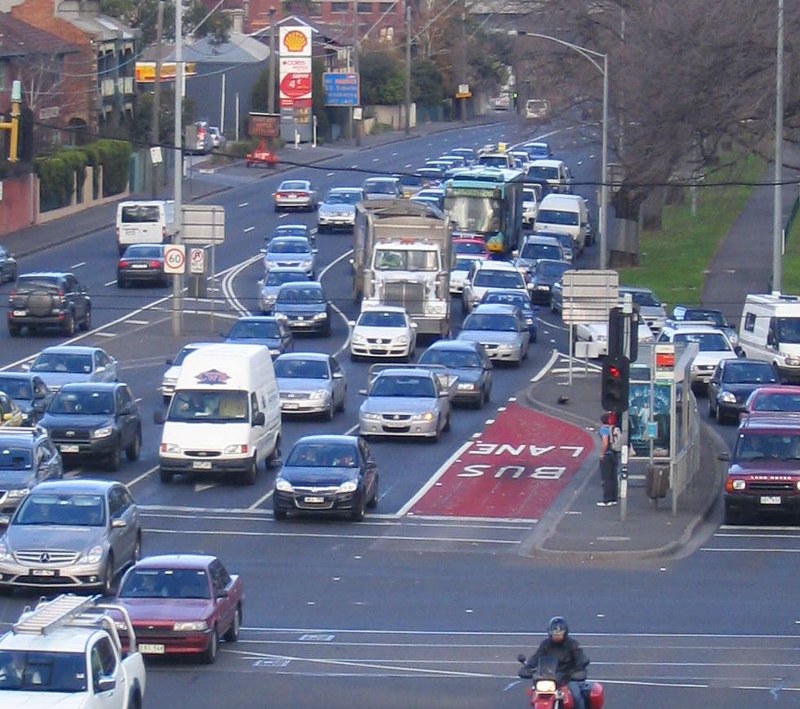 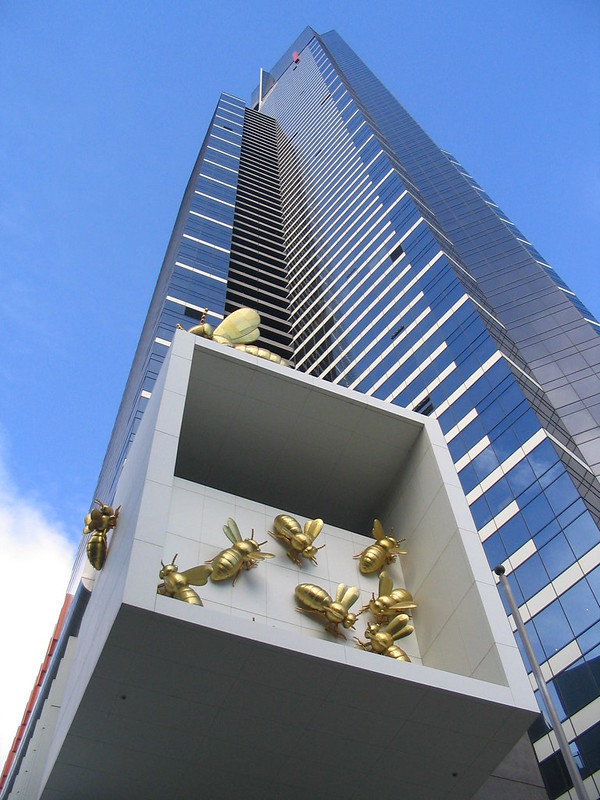 The view of the Westgate Bridge/Kingsway intersection. It conveys the vast amount of space used by motorway interchanges. 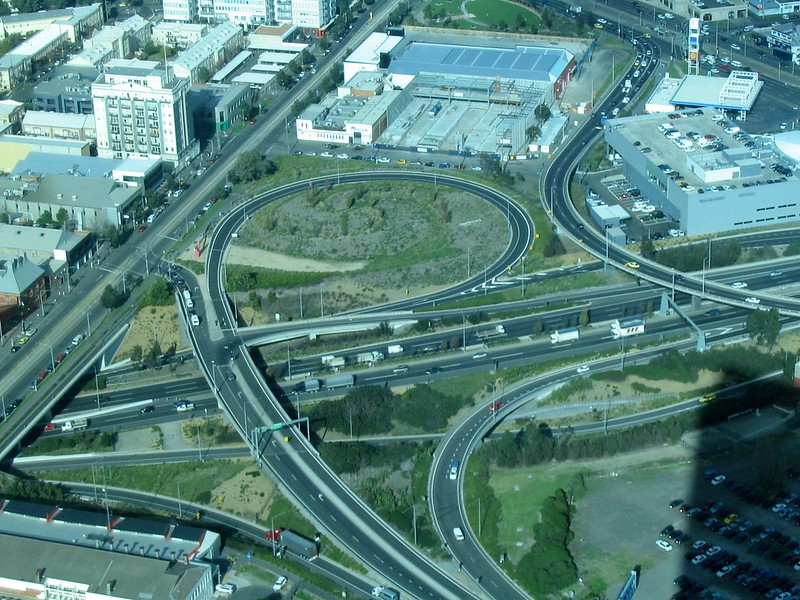 A more youthful looking me, back when I wore a tie, with Government House and The Shrine of Remembrance in the background 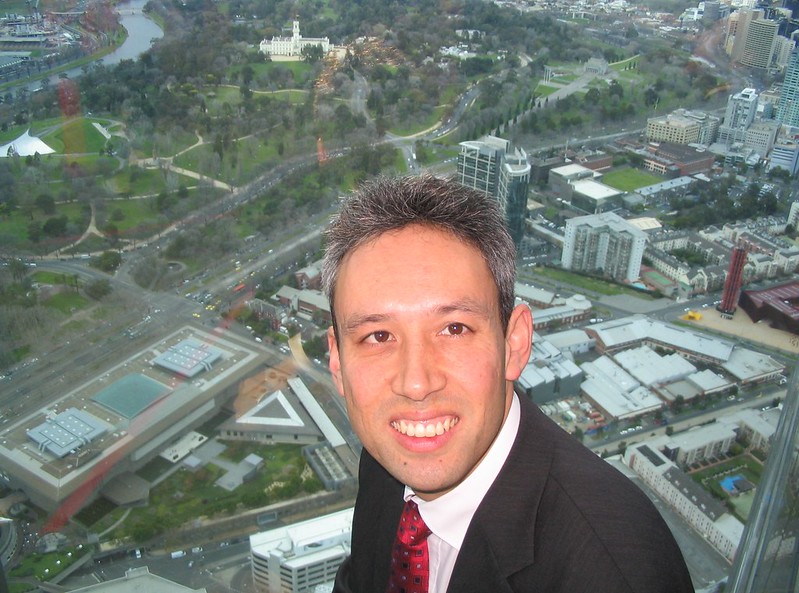 The city skyline. Note despite the two lanes of traffic across Princes Bridge, the cars were still queuing. 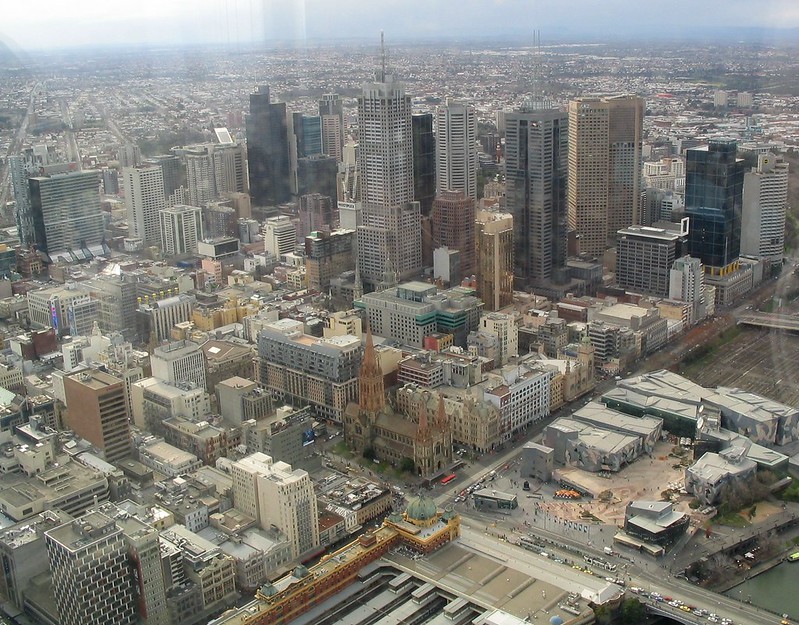 The area encircled by the motorway ramp is somewhat more attractive now. I think the bees may have gone from Eureka.

It’s sad that they had to put a sticker of a phone box on the back of the public phone because we don’t have actual phone boxes.

Gee, feels like we have had MyKi for so long now.

Some other changes include, Connex, Bentleigh level crossing, and Hitachi trains. All now gone from Melbourne.

Thanks again for your flashbacks.

The evidence on advertisements like those is that they just end up making gamblers feel guilty, and thus less likely to seek help and more likely to experience outcomes like addiction or suicide. They’re a nice bandaid in place of actual regulation of the industry.

Unfortunately the Victorian Government’s approach to gambling is worse than their transport policy. (Both Liberal and Labor, they’re indistinguishable on this issue.)

As for the so called “bus lane”, it’s almost reassuring to see that the absolute lack of bus priority in Melbourne is something that has been around forever.