There’s been a flurry of pre-budget announcements in the world of PT.

Hurstbridge line works extended by a week as they grapple with signalling issues on the rebuilt section of track. Apparently it’s down to compatibility issues between new signalling equipment and old.

This was announced on Tuesday afternoon. Amazingly, almost 24 hours later, PTV’s generally excellent weekly disruptions email came out, still quoting the old dates. And 36 hours after the announcement, the regular printed newspaper advertisement for Metro disruptions didn’t mention it at all.

New Metro timetables coming later this year – including extending 10 minute services on the Dandenong line to 10pm (apparently misunderstood by some commenters on The Age article), and more peak services on the South Morang/Mernda line and Hurstbridge lines, the latter making use of the newly duplicated section of track.

Also some extras expected on the Werribee line, but not clear exactly what. Still no commitment to a widespread rollout of 10-minute off-peak services, but it’s a step in the right direction.

More investment in upgrading the Dandenong line has also been announced – power, signalling, which it notes “paving the way for the Cranbourne line duplication” – this can’t come soon enough.

$50 million to investigate high speed rail to Geelong. It sounds a bit pie-in-the-sky, but actually it makes a lot of sense to look at the next step in the evolution of the regional rail network.

The upgrades last decade to 160 kmh were good, but that’s not particularly fast by world standards. Moving to 200 (something the UK has had for 30+ years) and beyond would slash travel times — and may be more affordable than the 300 some are talking about.

But even 300 would be possible, as much of the Geelong line is straight and flat.

This seems to be part of the State Government’s moves towards shaking up the regional network alongside construction of an airport link, with Sunshine as a hub.

Airport Rail. Geelong Fast Rail. Here’s how we’re going to do it. pic.twitter.com/ahivW3eE4M

In any case, the short-term need is to separate out Geelong, Ballarat and Bendigo trains from suburban services, including electrification and extra tracks out to Melton and Wyndham Vale. This would provide some travel time improvements, and more importantly, relieve crowding and cut delays.

And yes, it might be possible to divert the Bendigo and Seymour/Shepparton lines via the Airport… but we shouldn’t assume the same trains will serve suburban airport passengers. They would need to be additional services. 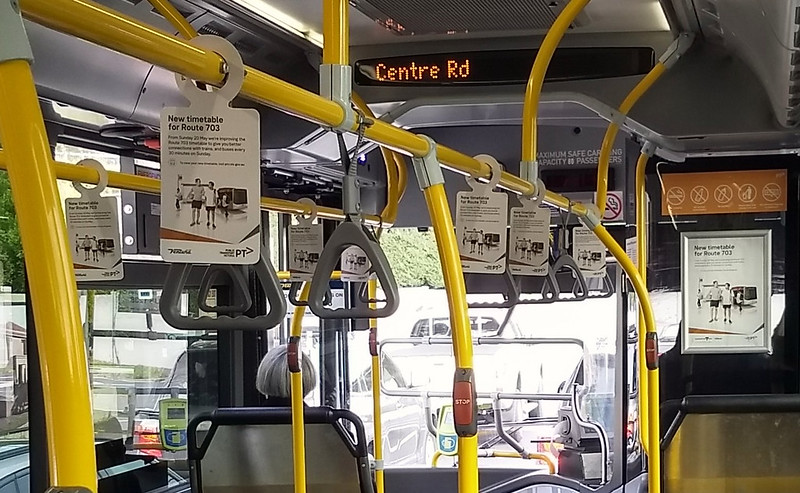 Not really budget-related, but in other recent news, there are a bunch of network changes coming in May, including:

It’s well worth keeping an eye on this PTV page to see what other changes fly under the radar.

I’ll also note that the Opposition has been making various public transport pledges, including duplication of more of the Hurstbridge line, and returning trains to Donald (a step closer to Mildura).

As we move towards the November state election, things are getting interesting.

“New Metro timetables coming later this year” – Have you heard anything for the Sandy line, esp off peak and weekend?

Route 703 it’s too early to take advantage of the removal of Clayton level crossing. Better wait few months then look at the GPS data

I’ve been really hoping that the government would pledge to electrify the Melton line in the lead up to the election.

For the high speed rail to Geelong and Airport Link. I have come up with something that may combine the Metro 2 Tunnel into the plan. What does everyone think?

My concept of the plan would be:
* Build the Airport Line via Sunshine
* Quadruplicate regional rail link between Sunshine and Wyndham Vale.
* Electrify the Wyndham Vale Line (adding new stations) and the Bendigo Line as far as Melton (or Bacchus Marsh)
* Geelong and Bendigo v-lines merge with Airport and Ballarat v-lines services at Sunshine and use the new high-speed track built between Sunshine and Southern Cross as part of the Airport Line.
* Melton and Wydnham Vale metro trains use the regional rail link track.

You now have 3 track pairs between Sunshine and Footscray, with almost complete separation between v-lines and metro trains (only shared track is between Melton and Deer Park).

Lack of frequency improvements over this government’s term have been a disappointment. Hopefully with some pressure from the community, and with the Greens and (especially) the Coalition talking up some of their plans, it will spur Labor to think about running additional services, rather than just finding excuses.

The capital improvements are great, but building things for the sake of building things is folly, the whole point of construction is so people can get where they need to go – by operating more services. You wouldn’t replace a road with a freeway, then only open one lane.

The 767 upgrade starts 8 days before the end of the Hughesdale level crossing.

@ Hornberger – The Bendigo line does not go through either Melton or Bacchus Marsh – perhaps you meant Ballarat Line.

I had been hoping/praying that there would be some improvements to 767 once the level crossing was gone. Running times should be much more predictable when there isn’t a queue of cars/trucks/buses waiting to cross the level crossing. The buses that terminated at Chadstone used to be a real pain. I’m glad to them go from the timetable. But it is still not great – it is a 20 minute walk from the railway station to my home, so at least 1/3 of the time, it will be faster to walk instead of waiting for the bus.

*Finally* there’ll be trains between Richmond and South Yarra between 8:30pm and 10pm that don’t all leave at once every 20 minutes.

What about the 536 bus. 1/2 hourly service that stops at 7.30pm Monday to Friday and 5.30pm on Saturday. No Sunday or public holiday service. Badly aligned with train services. Very common to see bus leaving as train arrives.

Did the coalition put a time frame on Hurstbridge duplication. They’re good at pt announcements but not so good with following through…

[…] but I think it’s fair to say nothing really big, and in fact some of the bigger ones had been pre-announced. Some notable ones we hadn’t already heard about […]