Another in my series of photos from ten years ago. I found quite a few this month, and also found one from October 2006 which had been missed, and since added to that post. 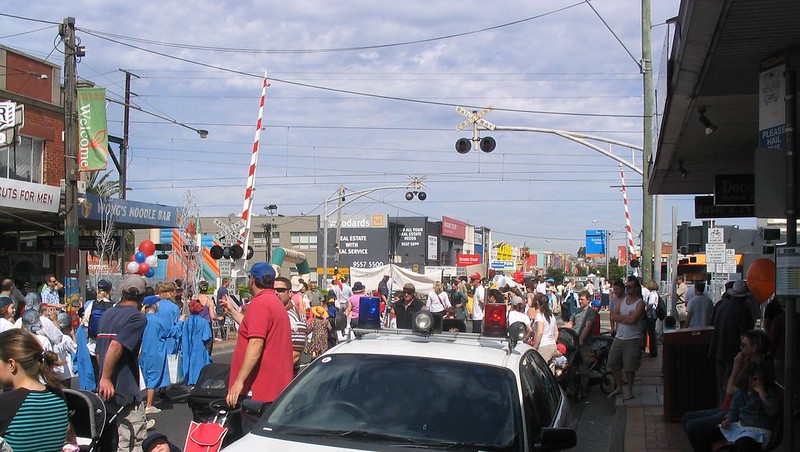 The Bentleigh Festival that year was timed to coincide with rail works on the line, meaning the level crossing in the middle of the precinct wasn’t an issue, except when a works vehicle needed to cross. 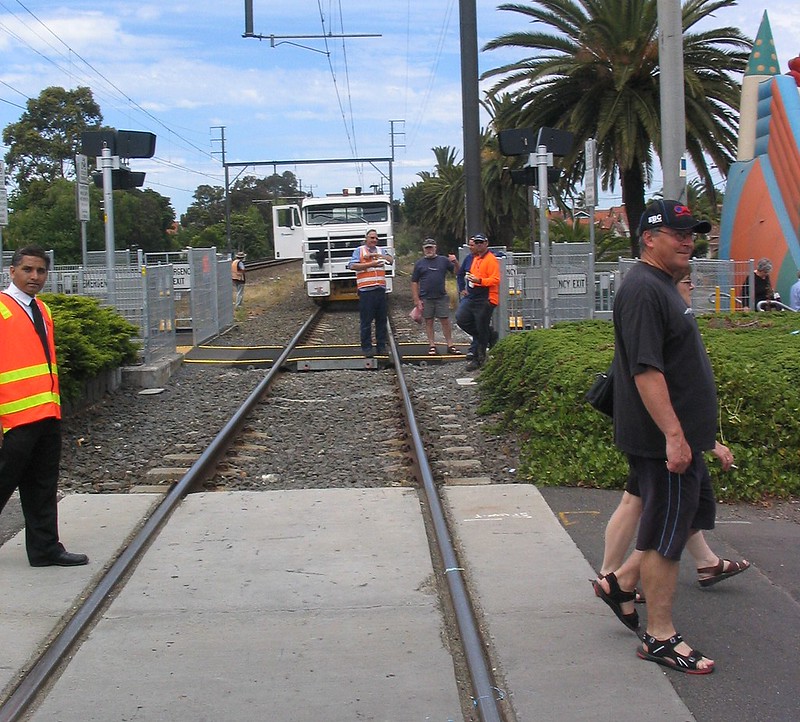 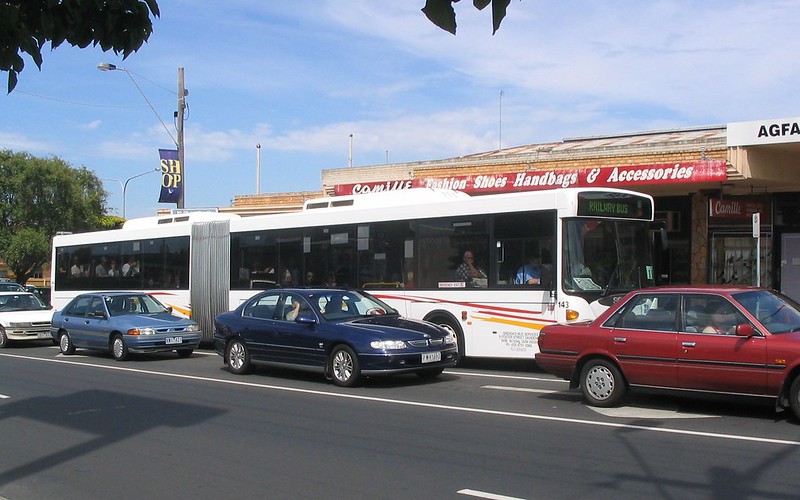 Then Federal Labor MP Simon Crean snapped at the Bentleigh Festival outside then-local state MP Rob Hudson’s office. Simon’s father Frank Crean (1916-2008) was one of four PTUA patrons. It was state election season, so politicians were out and about this month. 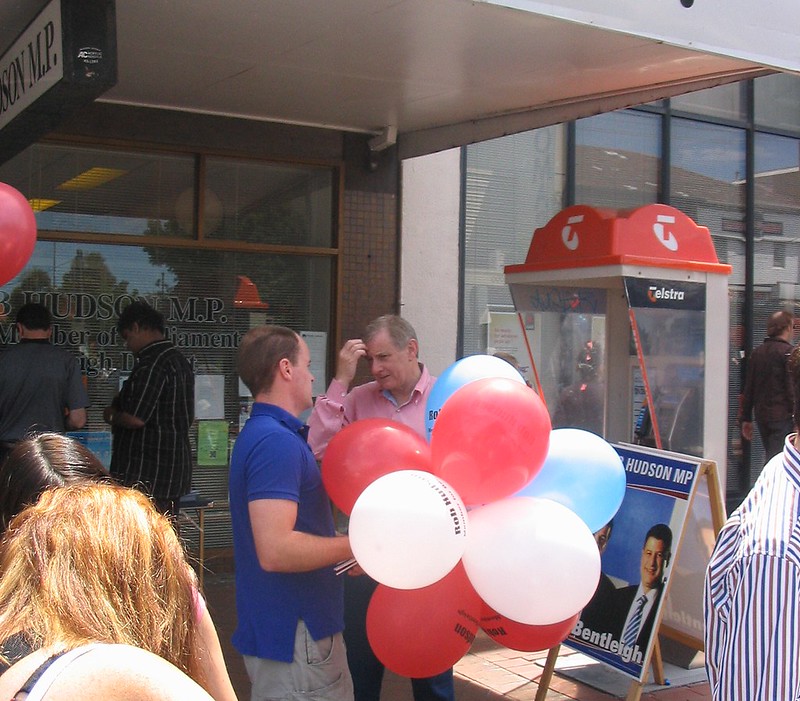 A bit out of focus. This would have been one of our last photos taken with analogue film, by youngest son Jeremy on school camp, probably on one of those disposable cameras we used to buy for such events. The traditional Puffing Billy photo. 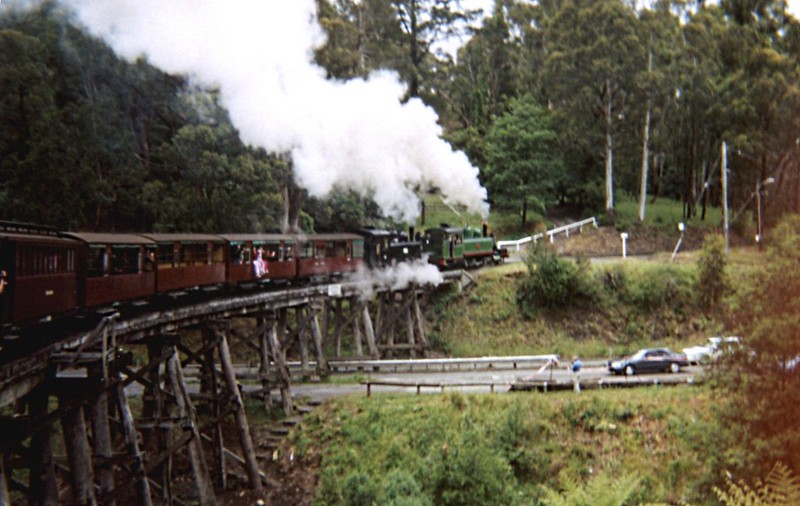 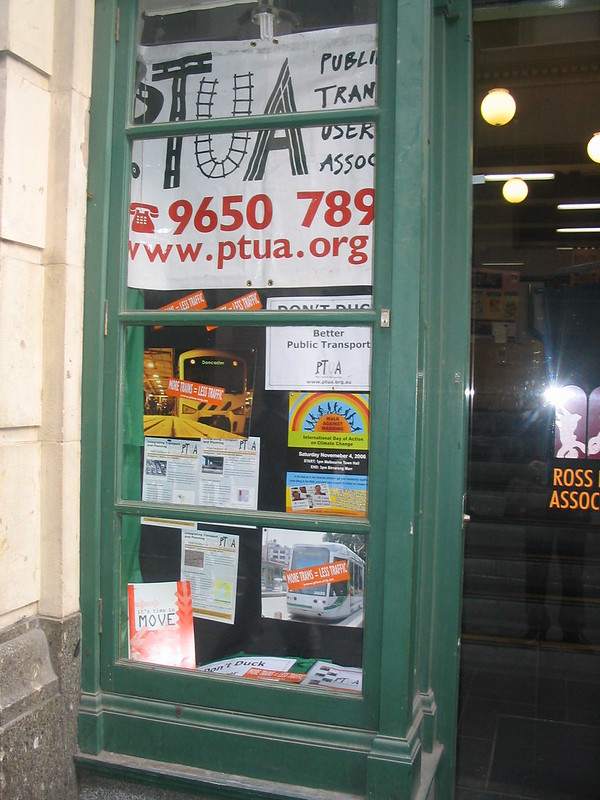 It wasn’t my idea, but putting a bloke in a Plucka Duck suit was an attempt to get some PTUA publicity in the run up to the state election. The sign says “Don’t duck better public transport”. 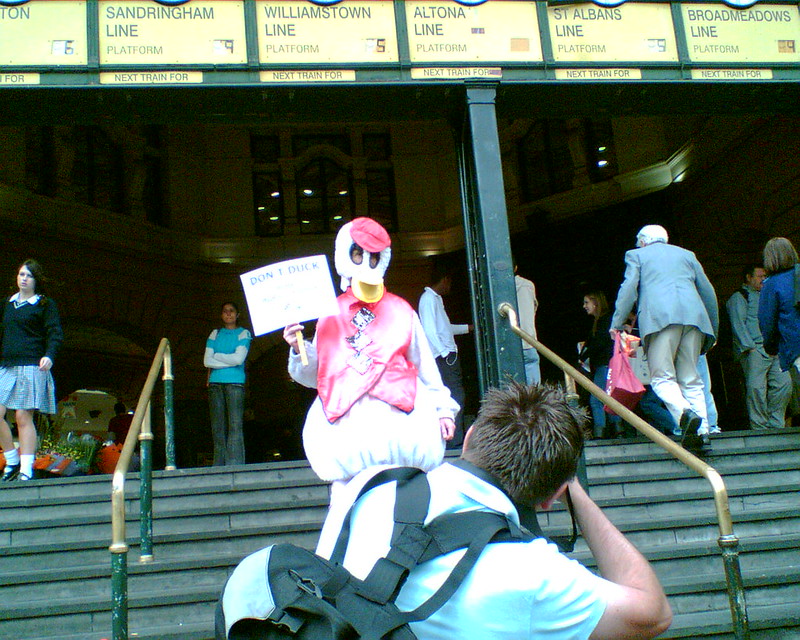 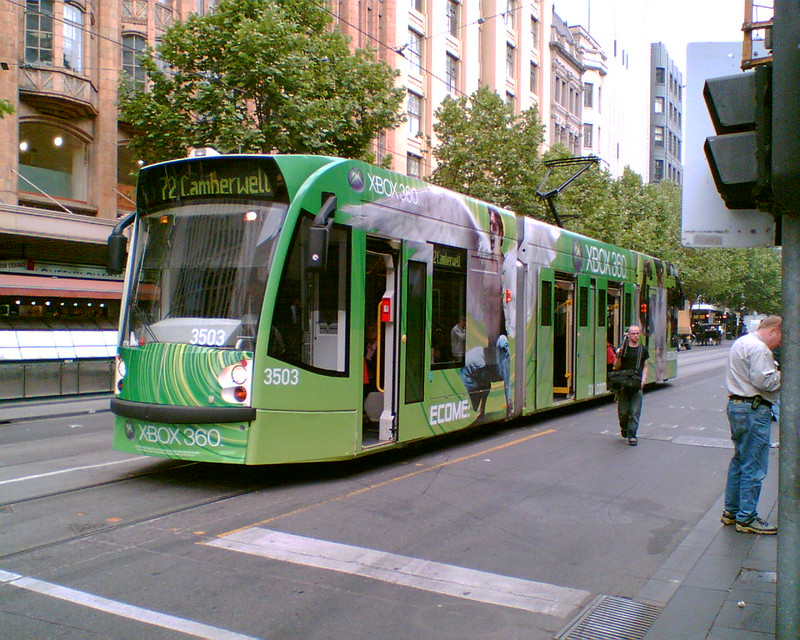 From a rally in Royal Park, organised by one of the local community groups. This bloke was guiding then Greens leader Bob Brown around Melbourne, to and from engagements, and also spoke. It is of course current (May 2015 onwards) Australian Greens leader Richard Di Natale. 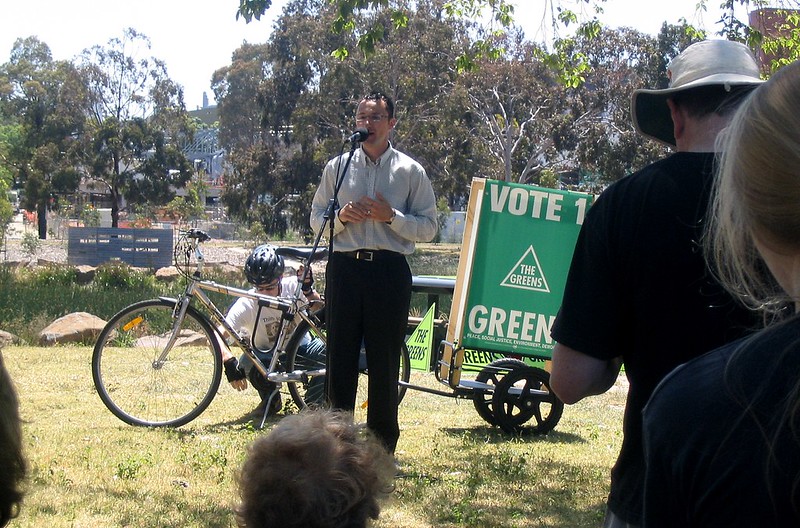 Also speaking that day, in the brilliant way that he always did, was the late, great Paul Mees. 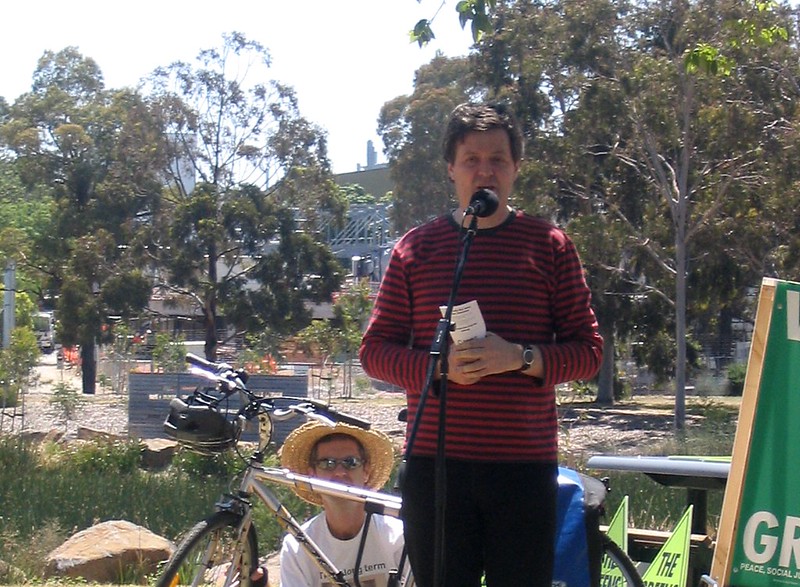 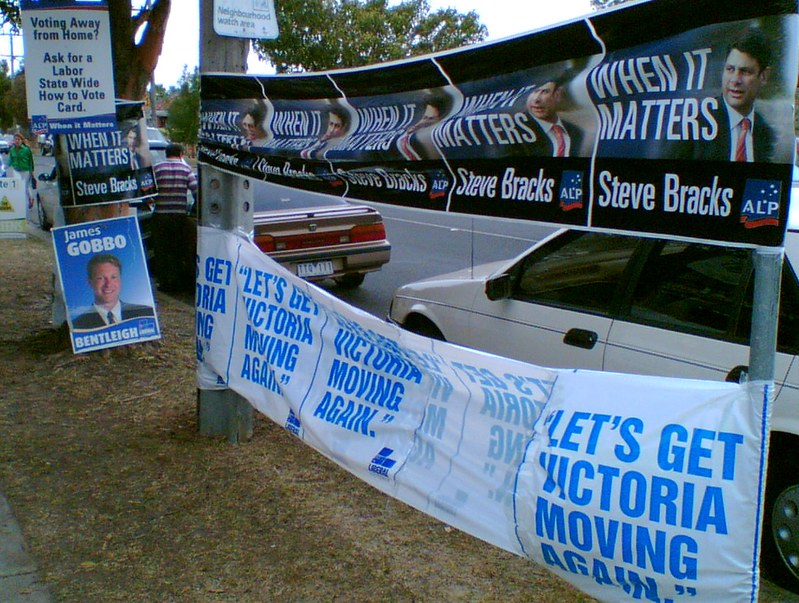 The rest of the photos are from our Sydney holiday that month: 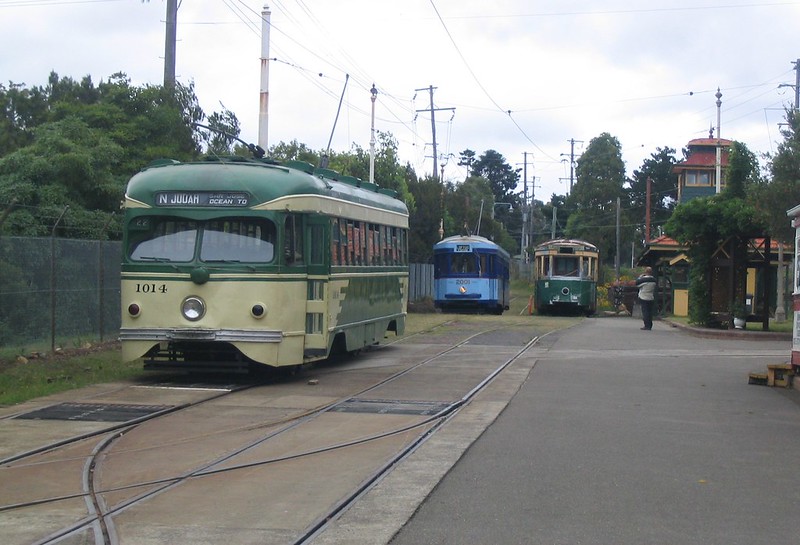 The Sydney monorail, since decommissioned.

A younger looking me, at Milsons Point railway station. 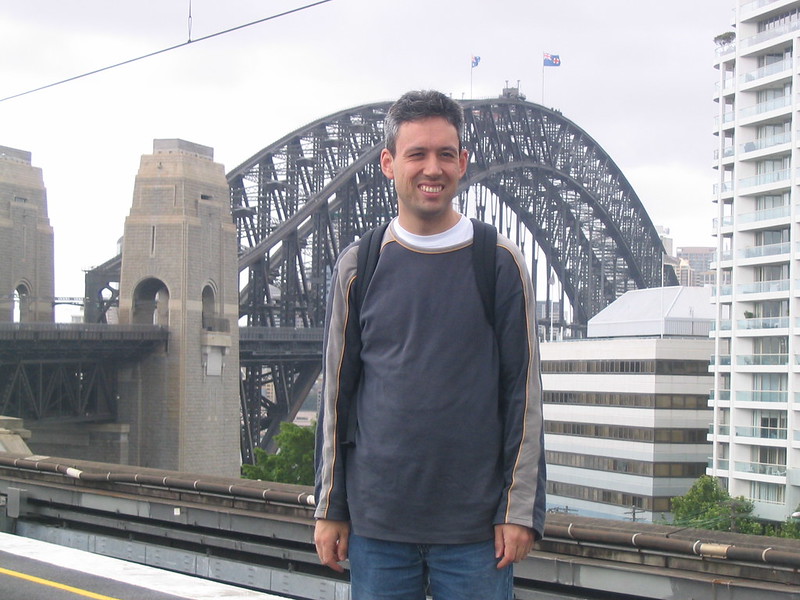 Sydney has just a few buses. This is new Circular Quay. I assume the opening of the George Street light rail in a couple of years will cut the number of buses coming into the CBD… they’re really going to need to fix fare integration before then. 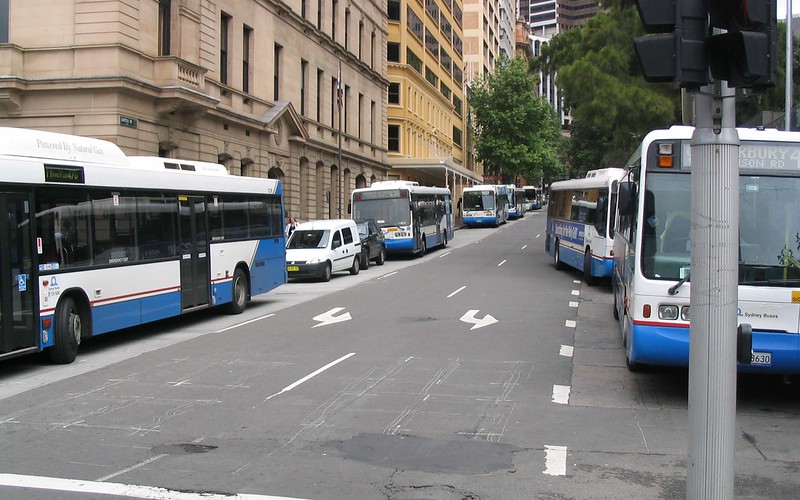 Circular Quay railway station. At the time it seemed old-fashioned to have platform staff with flags, but Melbourne deployed platform staff in the following years at busy CBD stations. 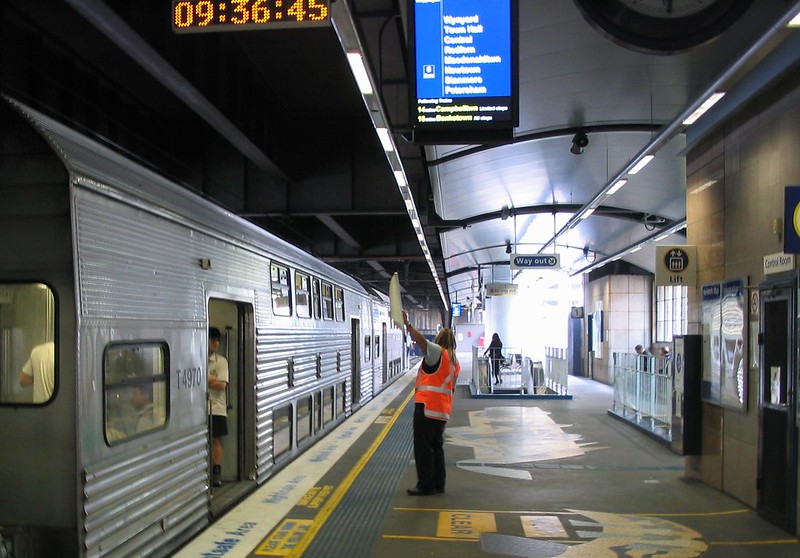 Perhaps my favourite shot of Sydney, at Taronga Zoo. 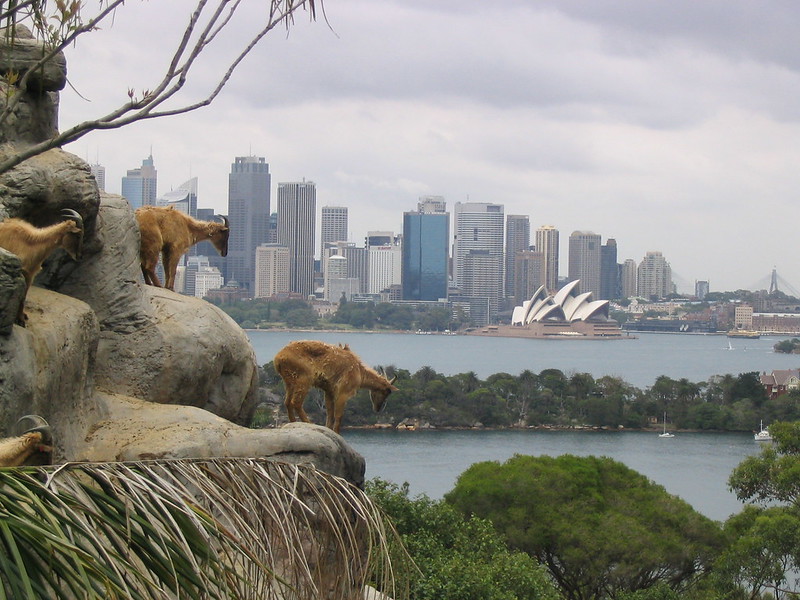 Sydney skyline, also from the Zoo. 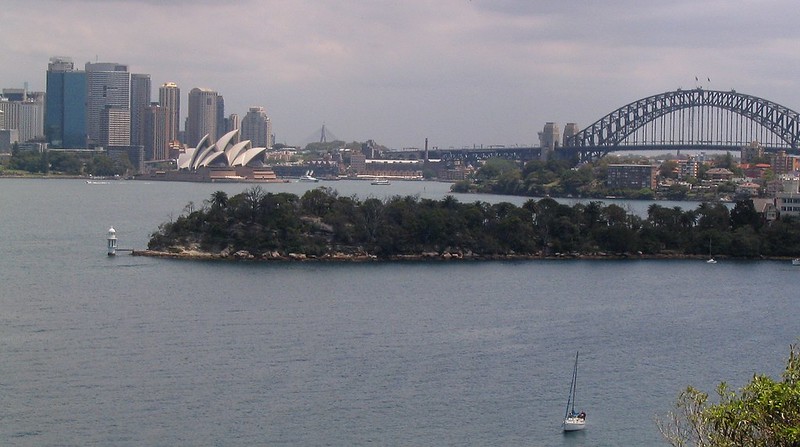 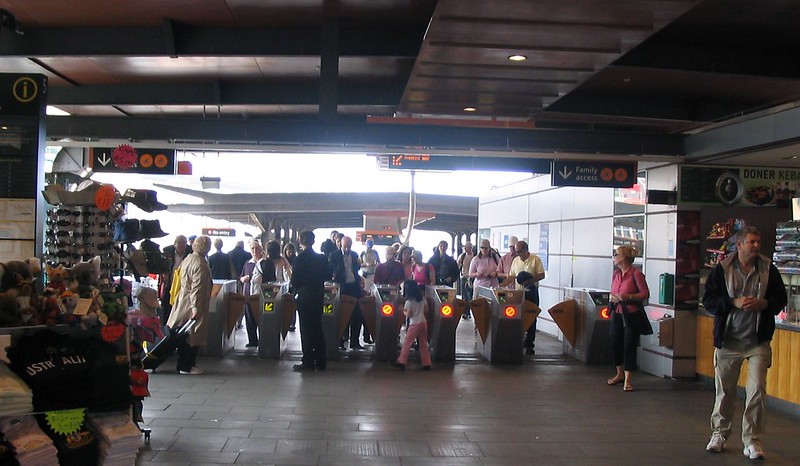 One reply on “Old photos from November 2006”

I think Sydney has more buses than Melbourne does.