Early October ’06 was our holiday to Hobart. I haven’t been back since, unfortunately, so I have no idea how much has changed and how much hasn’t. 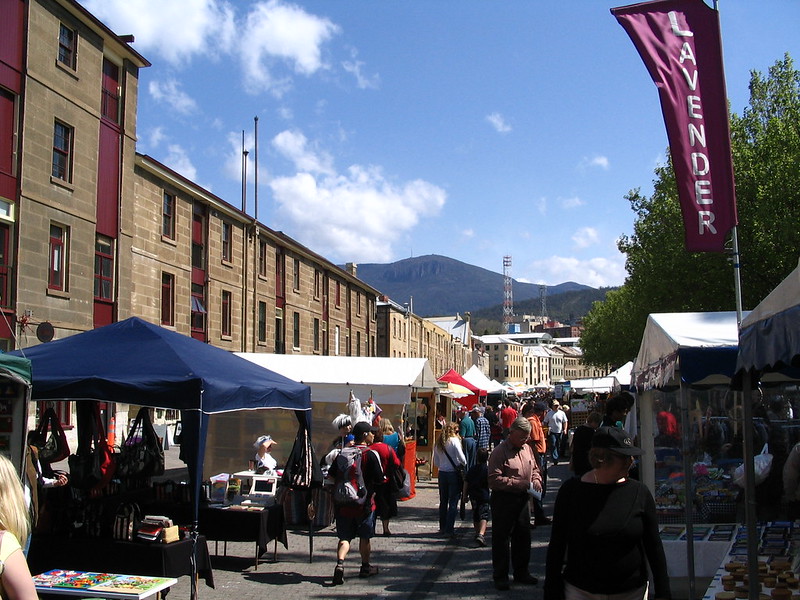 Lock him up and throw away the key. 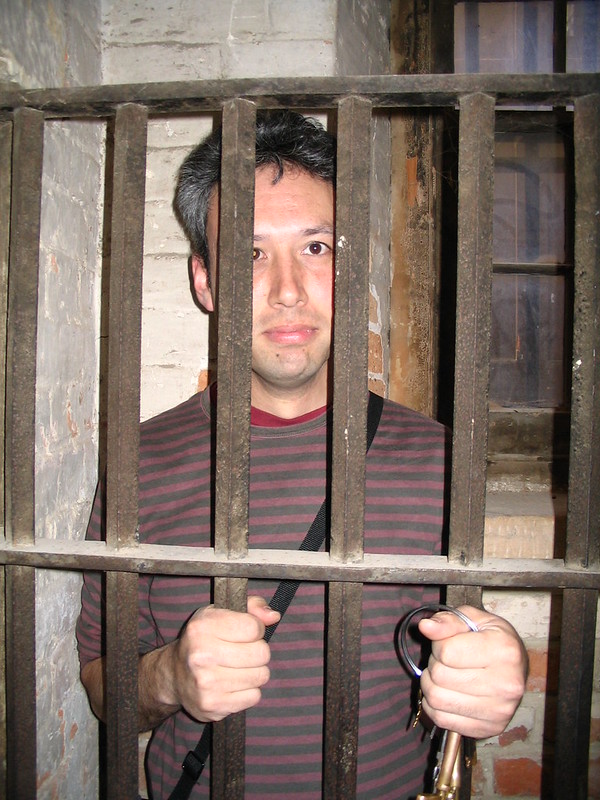 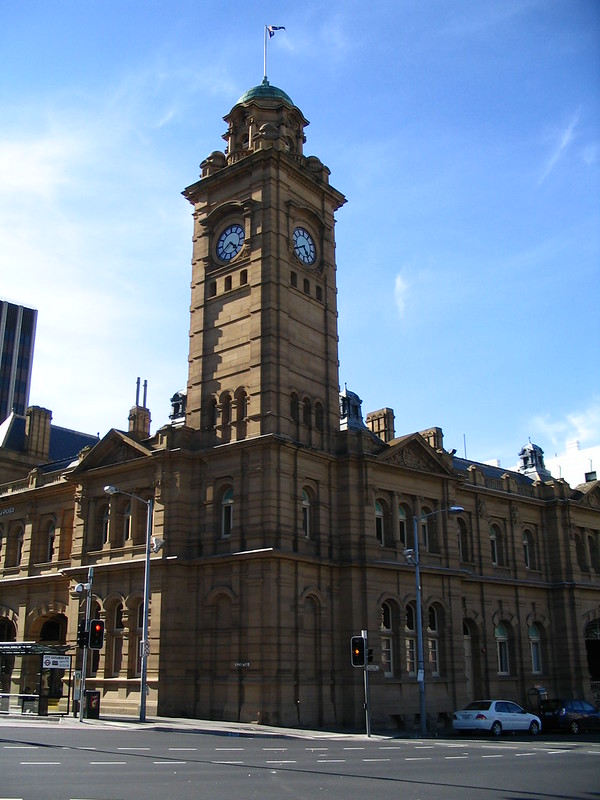 Same location; it seemed to be one of the main bus stops in Hobart. They used the “Metro” name before Melbourne did. 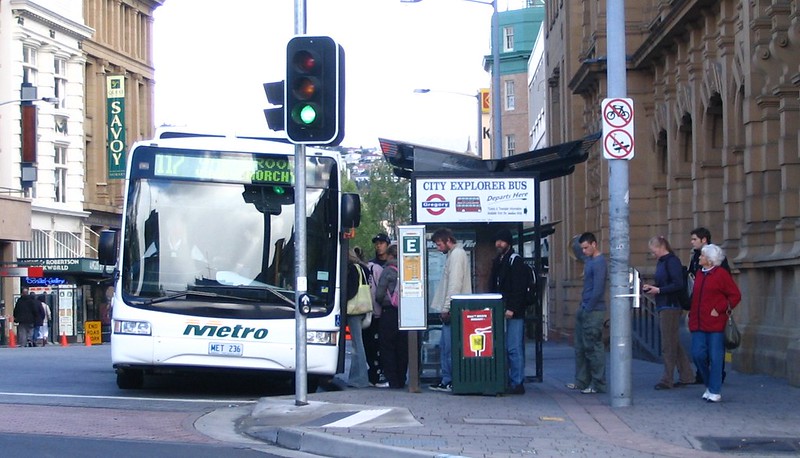 Pedestrian crossing in Hobart. The notice on the pole doesn’t match the indicators on the traffic light. 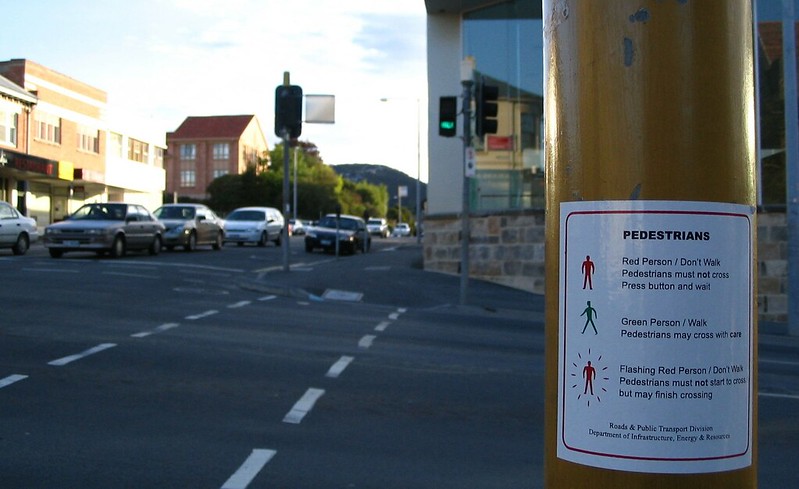 Back in Melbourne — new services coming, hooray! None for your line, boo! 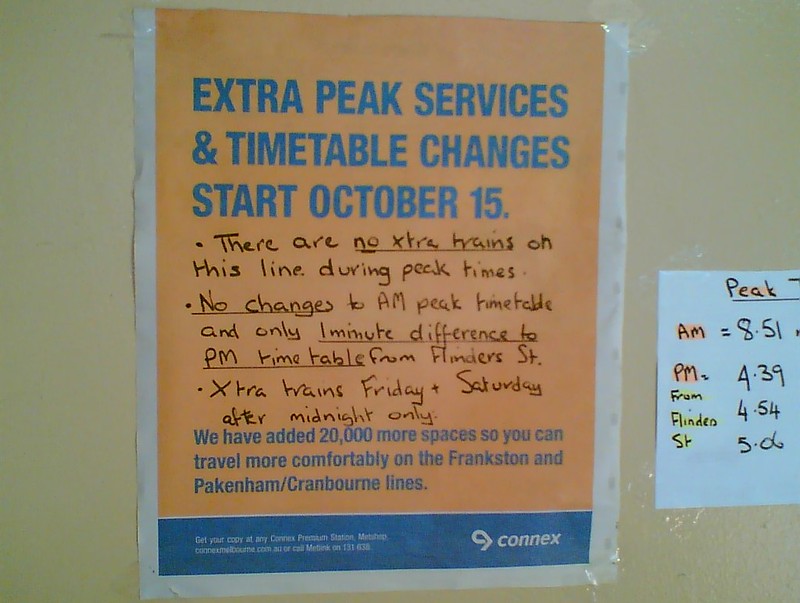 Art in the Campbell Arcade beneath Flinders Street. I blogged about this at the time. 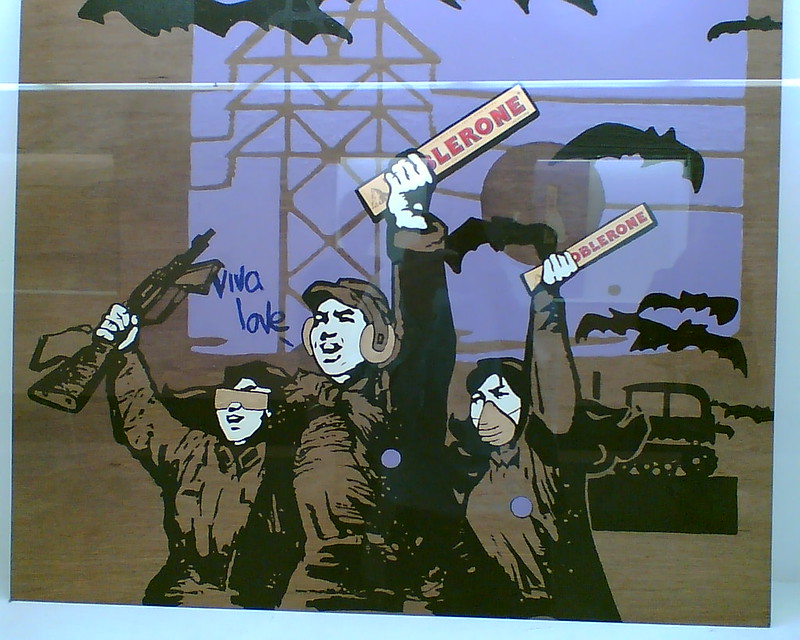 Weekend trains on the busiest lines were half as frequent as they are now, resulting in packed services when the racing was on. (Note the hats). 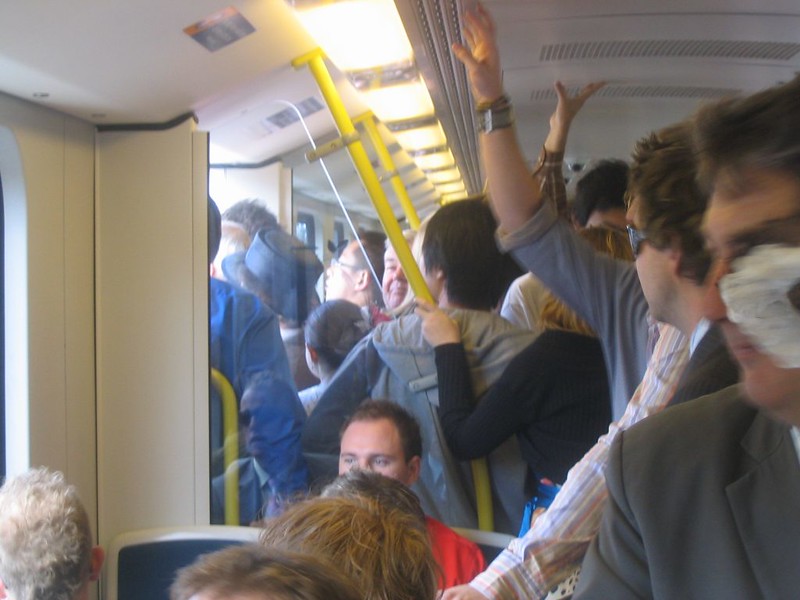 Sunshine station. This has changed a lot with the Regional Rail Link project; only the overhead road bridge still stands, and I think the signal box has been retained? 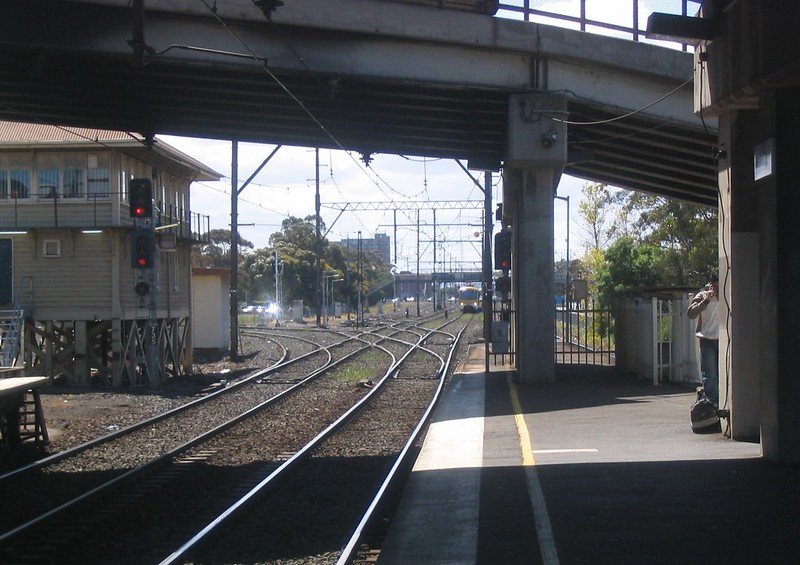 Meanwhile at Glenhuntly, there’s now more platform shelter, and the Hitachi trains have gone. Otherwise it’s not so different. 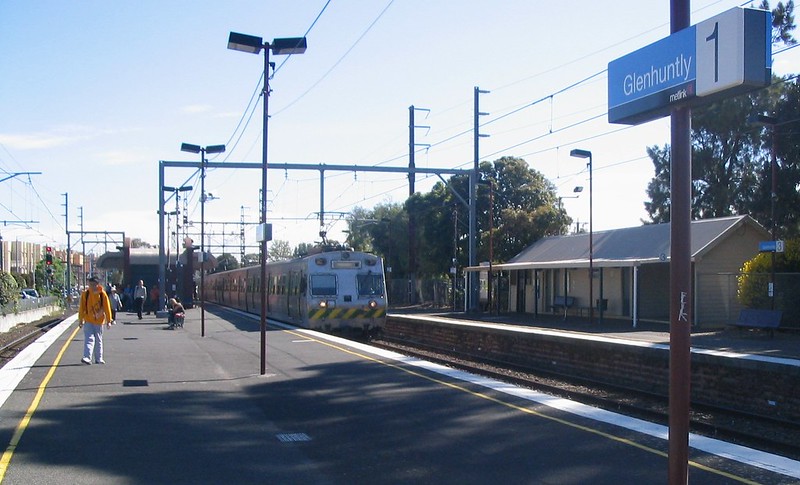 Even in 2006, the yellow and red National Bus Company livery was out of date… 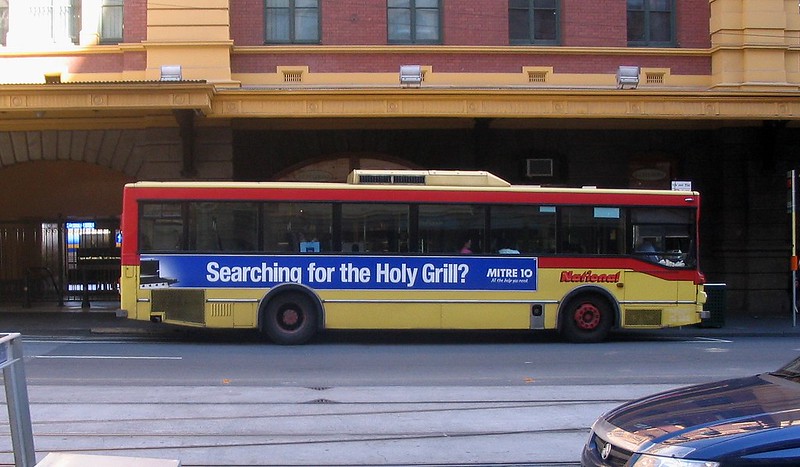 …as can be seen by this more up-to-date bus on Punt Road. This intersection is set to change radically in the next few years with the “Continuous Flow” layout Vicroads is proposing — which unfortunately will move the southbound bus stop (not shown here) to a position further from the station. 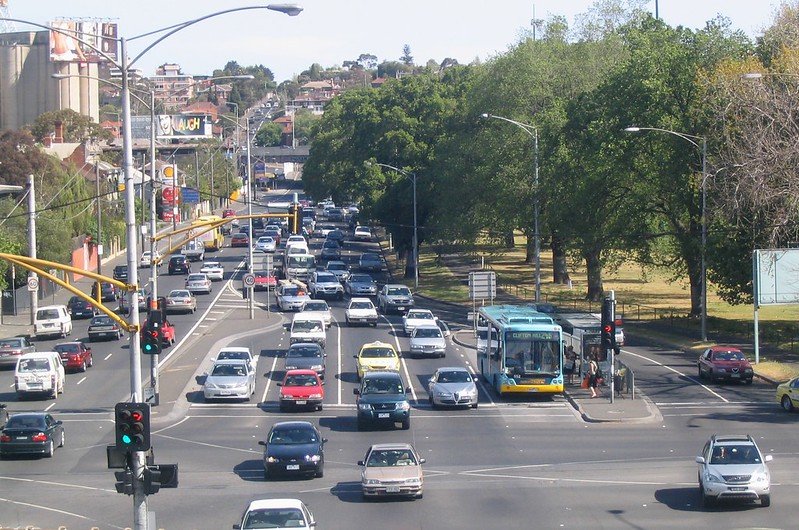 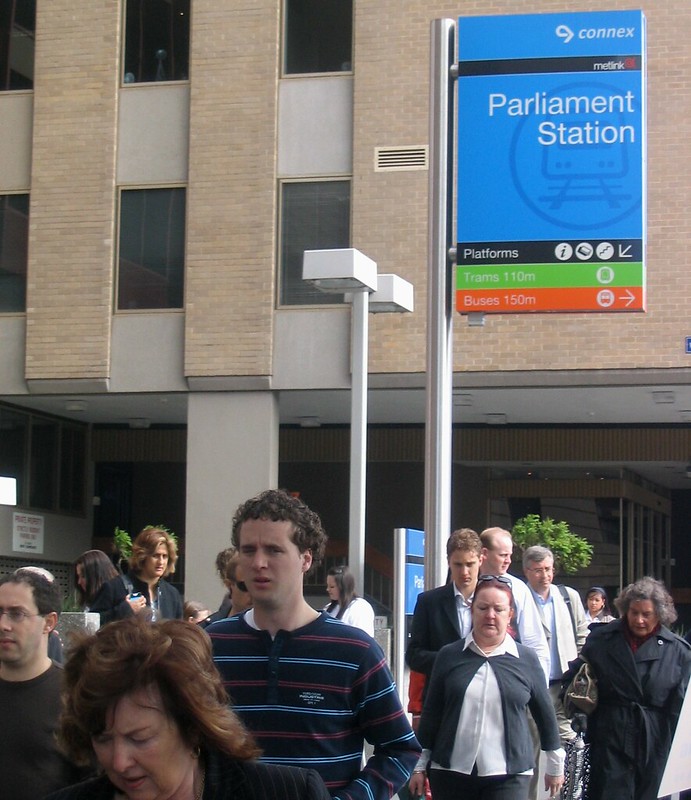 Swanston Street at Collins Street, when many of the trams still had canvas destination rolls, and before the superstops were built. 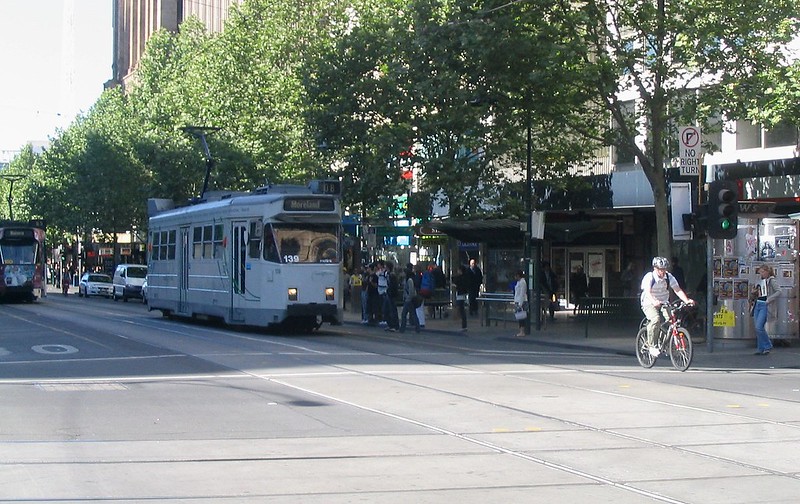 Edit: I missed this one when originally posted: eldest son participating in the Bentleigh shopping centre Halloween Trick Or Treat (at the time organised by then-local shop USA Foods). Those who’ve watched Futurama will recognise Dr Zoidberg. 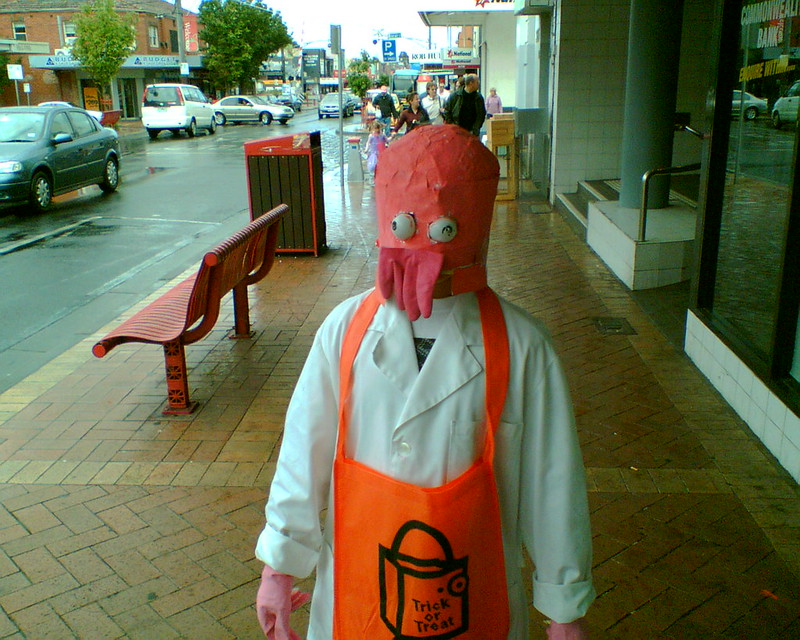 Trains were every 40 minutes beyond Dandenong on weekends during the day (no shuttles). You’d better hope your train wasn’t cancelled.

Meanwhile in 2016 there are still barely adequate 20 minute frequencies on most lines (10 to Ringwood / Dandenong / Frankston, 40 beyond Eltham and Watergardens).

Are your photos creative commons and allowed to be put on Wikipedia?

I do not imagine you get paid for any of your photos anyway?

@Jacob, I’ve got my pics marked in Flickr by default as All Rights Reserved. I have submitted a few to Wikipedia, and granted individuals (and the PTUA) rights to reuse my pictures, but I’d rather be asked, because I’ve also ended up occasionally selling rights to pictures.

The Sunshine signal box has been retained, but, coincidentally, it’s apparently due to be decommissioned this week.