Major construction on my local level crossing removals has commenced.

The boom gates at Bentleigh, Mckinnon and Ormond have delayed their last ambulance, bus and pedestrian.

The last trains ran on Friday night, and over the weekend workers were busy taking out the rail line: overhead wire, track, signalling, ballast. 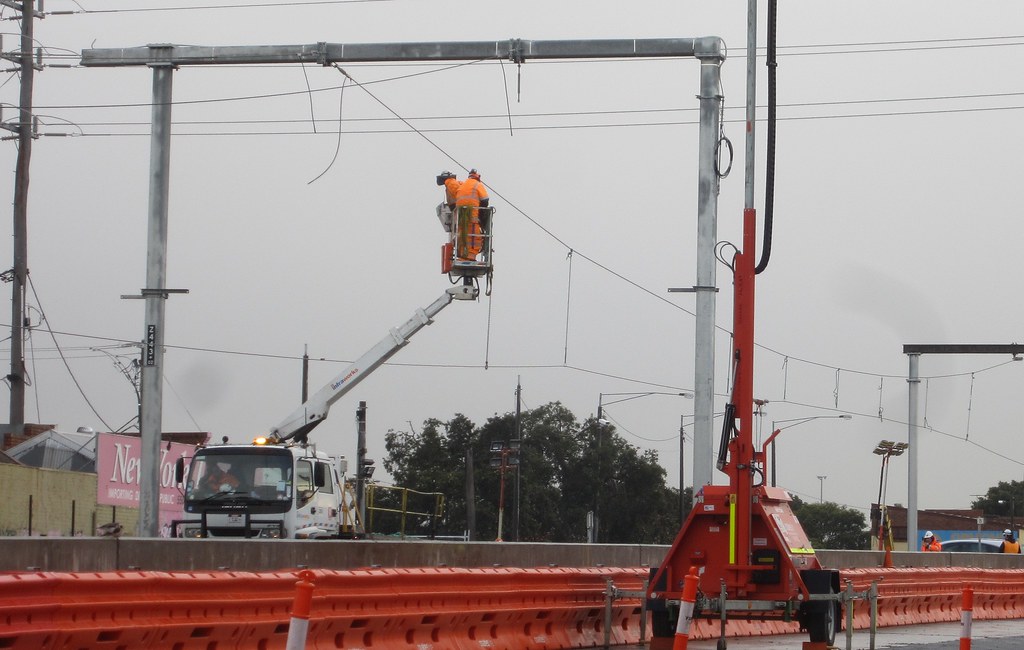 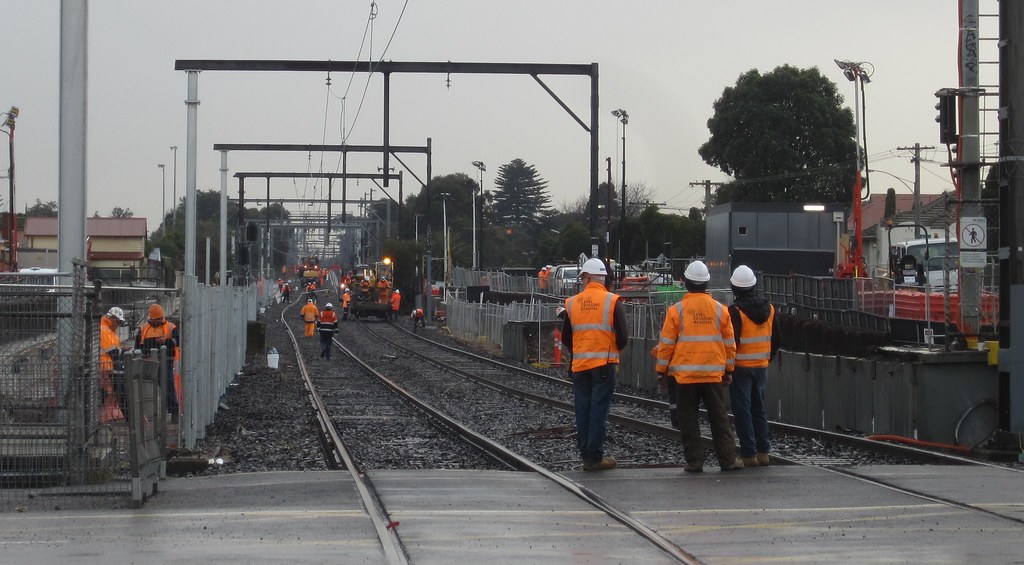 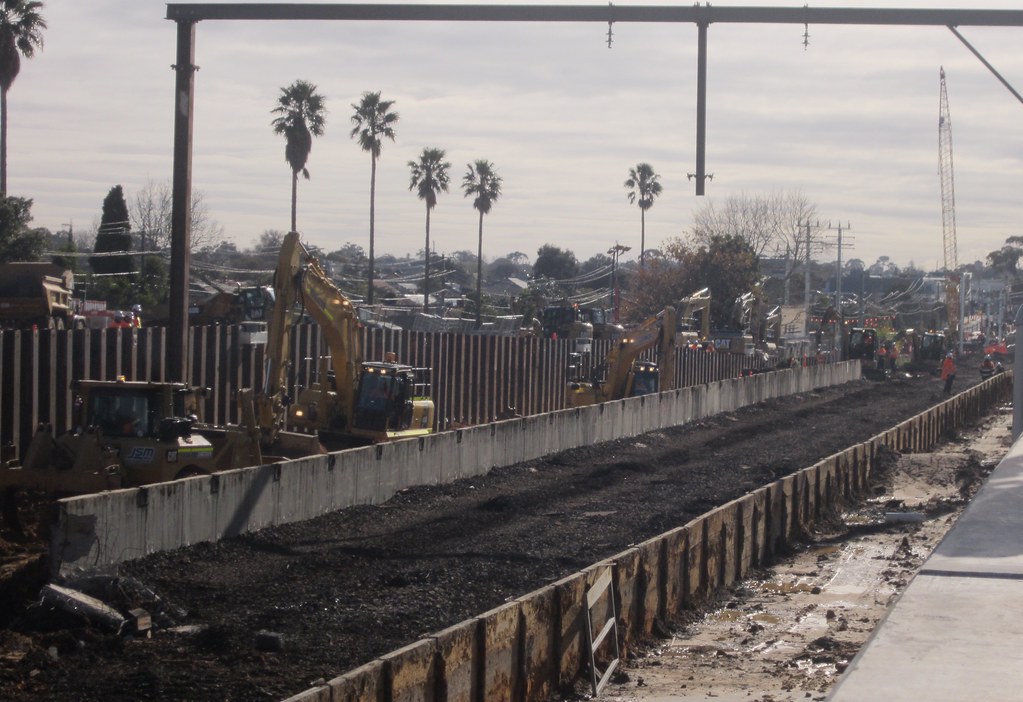 And the boom gates of course. On Sunday morning there was a media/photo opportunity to proclaim the crossings gone, though of course trains won’t be running again until the end of July. 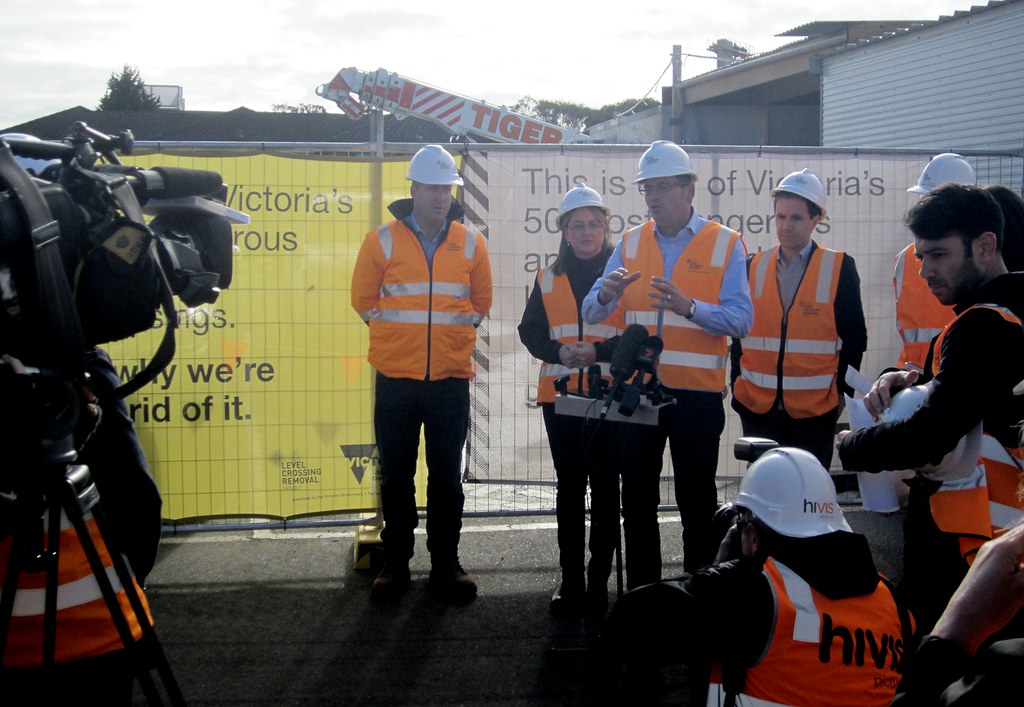 The boom gates were loaded up on a truck and taken away.

Allan: “I think we need some more help with this.”
Andrews: “I’m sure Daniel will give us a hand.” 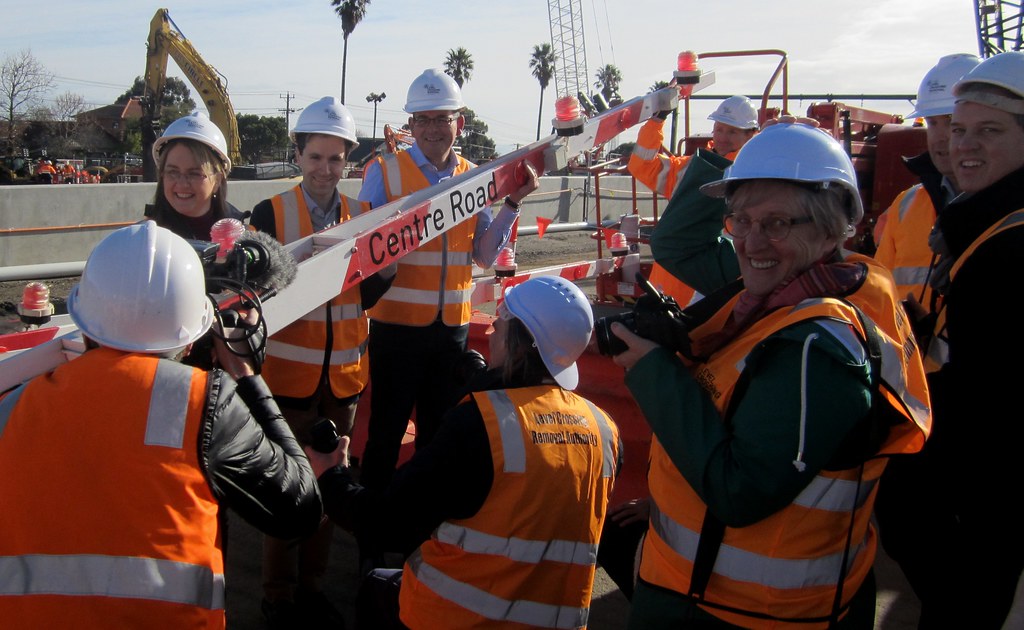 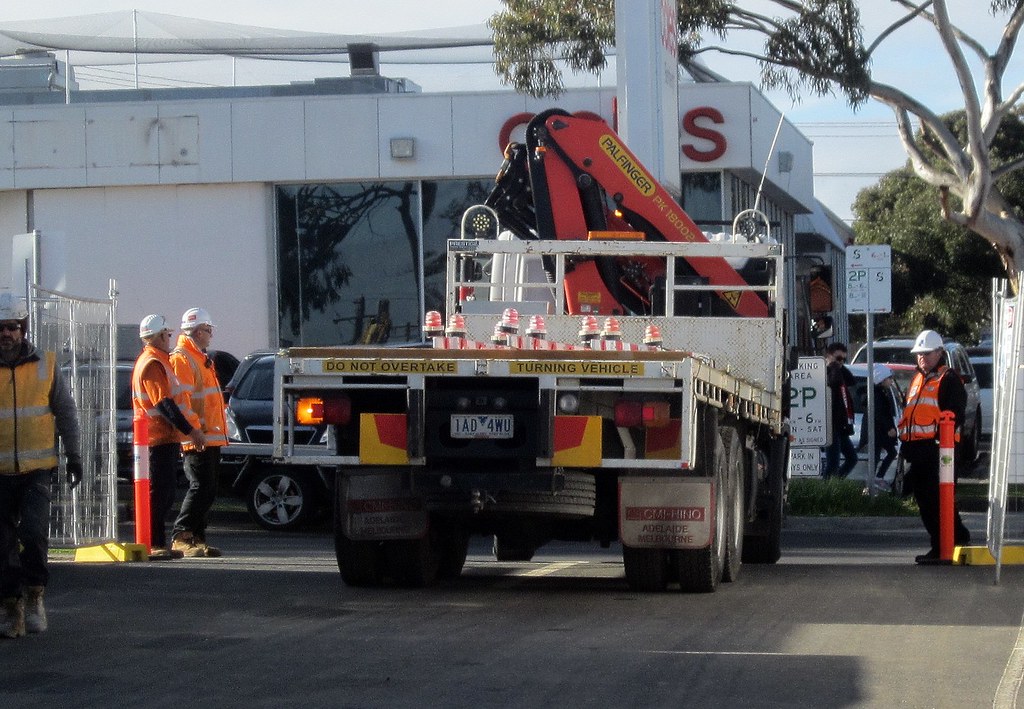 Nearby, various machinery was taking out the railway line on the crossing itself, leaving the road bridge (built earlier in the year). 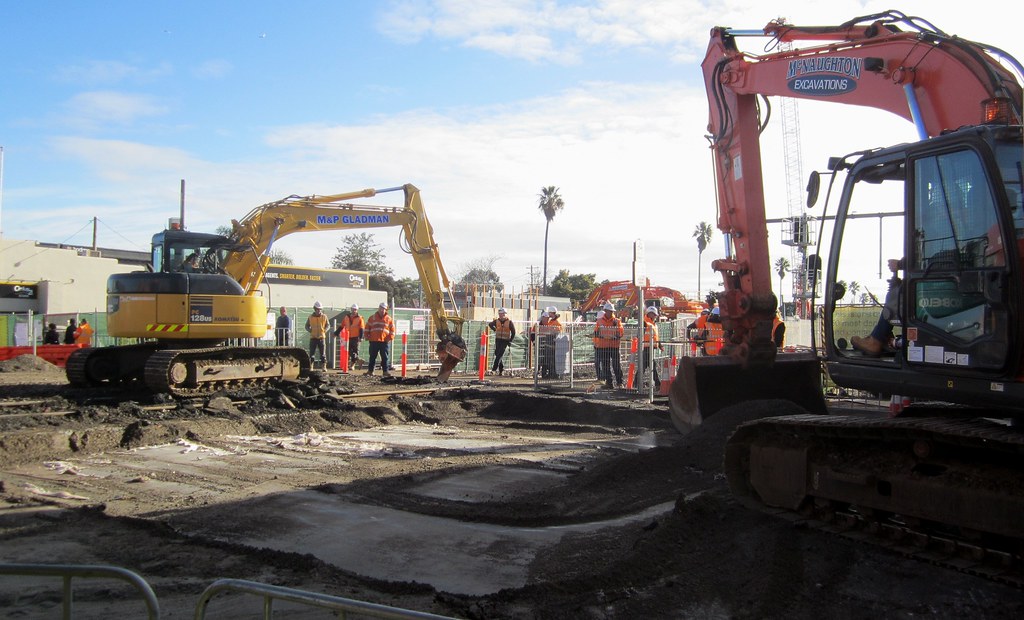 As of this morning, the crossings are all open to road traffic, and digging and tunnelling (including under the roads) will happen over the next 10 days or so, with trucks removing the spoil to a quarry in Dingley which is being filled in. Then they’ll get to work building the new rail line and stations.

Some local traders are able to take advantage of the huge workforce present for the project, with cafes opening for extended hours. Apparently Brumbys Bakery is open 24/7.

Other traders are feeling the squeeze due to construction impacts, including closure of the stations.

And of course five weeks of bustitution for the Frankston line has just begun, and it’s good to see shelter has finally been installed at all the stops.

When I spoke to Metro CEO Andrew Lezala at the boom gate event on Sunday morning, he said he was off to catch a bus, to see how they were running.

Of course, the real challenges are during peak hours. Good luck, fellow passengers.

Well done on being invited to remove the barrier with Premier and Min for Transport.
I noticed the car park at Brighton Beach station fuller than normal this morning. Probably Frankston line people driving to catch Sandy line train.

I live 1200-1300m from the line, and it has been completely silent from here – and I have been listening carefully to try to pick up the sound of any works. Grand Prix is much louder, for comparison, despite being kilometres away (although I guess it doesn’t go all night).