In quiet Railway Place, North Melbourne, just south of the station, there’s long been a viewing platform for rail enthusiasts to gaze upon the glory of the tracks between Southern Cross and North Melbourne. 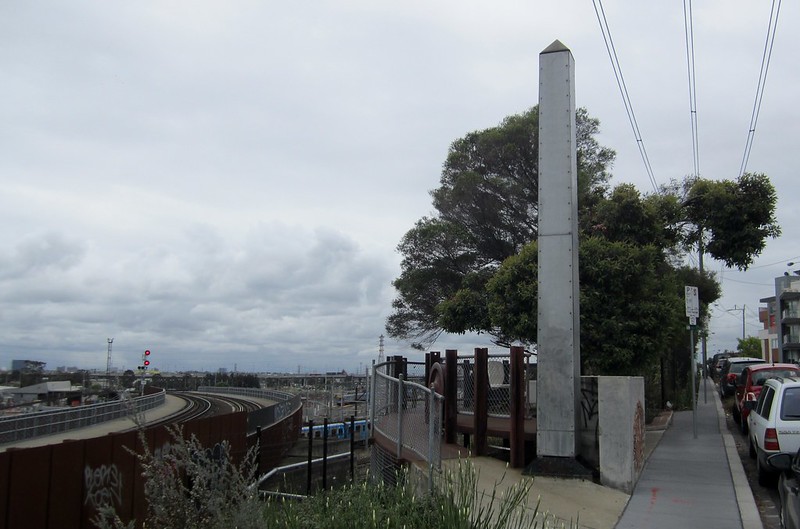 It must have at least pseudo-official status as it’s marked in the Melway (map 2E, reference F1). 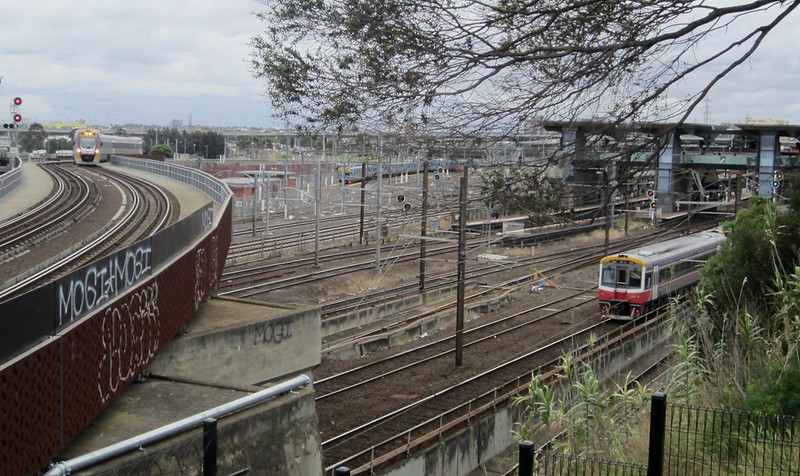 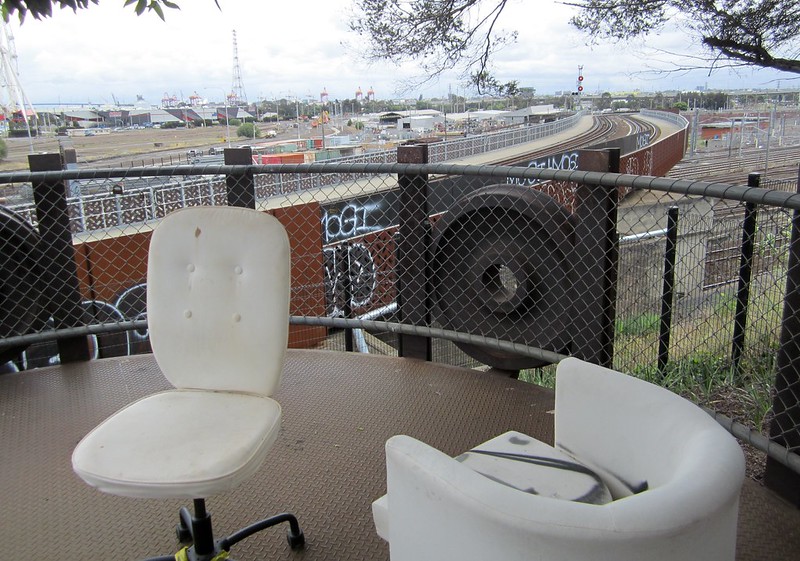 Happily, the recent Regional Rail Link upgrades to the rail flyover left it in place, and it now provides a close-up view of the many V/Line RRL trains now using it to get into Southern Cross.

Unfortunately RRL’s widening of a bridge in Footscray resulted in the demolition of a former trainspotters’ favourite, the Small Poppies cafe on Nicholson Street, overlooking the western side of the station (including the Bunbury Street tunnel) though this had long since changed hands, and wasn’t such a great venue for simply dropping in.

If you’re ever passing North Melbourne and want to have a sit down and watch a few trains, the Rail Viewing Platform is recommended.

I’ve walked past there before and never noticed it. Thanks for pointing it out.
PS Another reason for keeping my Melways.

Worth recalling too that co-architect Peter Dann was active with the PTUA at one stage, and also submitted a design for the Boronia station grade separation budgeted at around two-thirds the cost of the one ultimately accepted. (Ah, the days when we thought $28 million was on the expensive side for a level crossing elimination.)

Just recently I stopped for about 15 minutes one afternoon and saw quite a few Vline trains on the RRL. Definitely more interesting than it used to be. Also it’s a really good spot to watch the sunset.