Nothing makes public transport more usable than frequent services, where you don’t need a timetable, you just “turn up and go” — in transport planning circles this is actually known by the TUAG acronym.

But people don’t know about it. How would they? There’s been virtually no promotion, and I’ve rambled on about this many times. 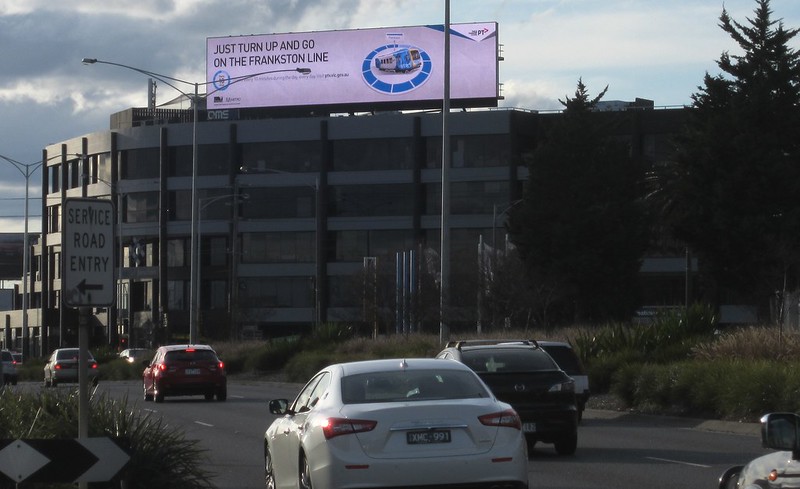 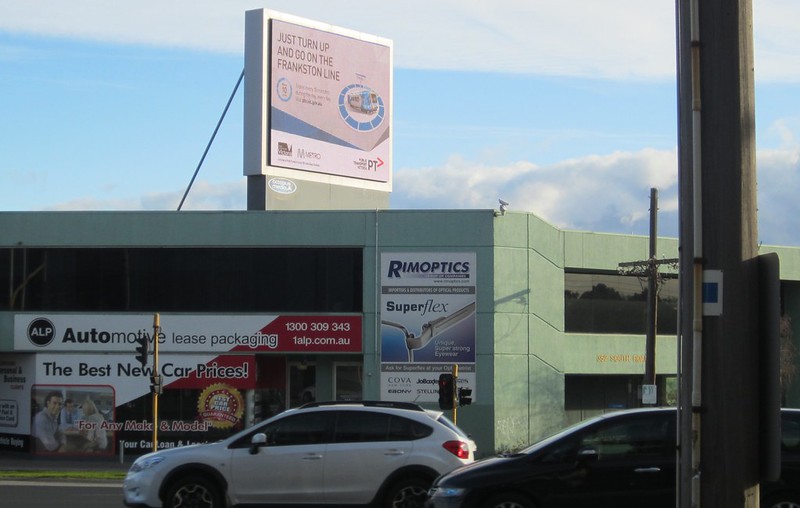 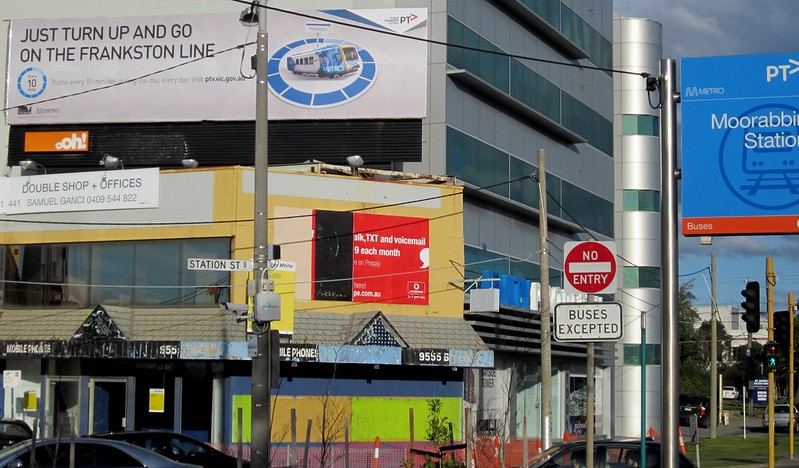 I’m told billboards are also up along the Dandenong line, and similar posters are starting to appear on stations:

I do wonder if the non-public-transport-using layman will quite register what “Turn up and go” means, if they don’t read the smaller “every ten minutes” message. I’d have put the latter in big letters across the sign. (But I’m no advertising expert.)

In any case it’s great to see them taking this seriously. Previous attempts have either been far too vague, or too short-lived and sporadic to get into people’s heads. (There were a few TV ads, for a short time.)

Trains every ten minutes every day is a genuinely good service, and makes the train service much more useful for people. It needs good promotion so that more people know about it.

Of course, it would help if it were backed-up by their own automated signage.

This sign and others like it would be great advertising — by showing to passers-by that the next train is rarely more than 10 minutes away… but for some reason the train information they show on the platforms can’t make it onto a sign 50 metres away on the street. 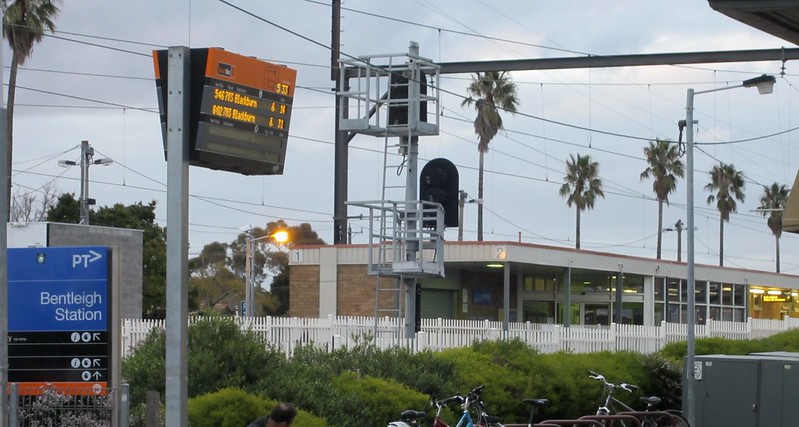 Perhaps they’ll fix this when the station is rebuilt.

But in the mean time, advertising to better promote good things is worthwhile.

Most people know roughly where the trains go, but making them aware of the existence of services every ten minutes should hopefully get more people on board. Some promotion to help build awareness and patronage will help ensure similar frequency upgrades can spread across the network.

12 replies on “Promoting “Turn up and go” public transport”

I’d really like to see electronic signs nearby stations, at the street. Since there’s no train realtime app (yet), such signs might let you know that yes, it’s worth running the last bit to the station as the train is in 2 minutes!
They would also serve the advertising function you’ve described.
Stations can genuinely be integrated into their surrounds – the current ‘silo’ approach, where train information is only on the platform, doesn’t work toward achieving this integration.

On Bus route 402, there is now promotion at stops of the 10 min weekday service

I’ve noticed a large new screen has appeared in the entrance to Jewell Station, which has never had any electronic signage at all. The screen isn’t yet operational.

However, on close inspection, there’s a notice beside it that says “Any faults with this service should be reported to Yarra Trams”. So it seems that Jewell Station is going to be in the strange position of having electronic timetables for the trams that are a couple of hundred away, but still nothing other than the terrible green-button announcements for trains.

@Paul, the Yarra Trams text notwithstanding, could it be one of the network status “rainbow” screens?

I suppose it could be, but the screen at Jewell station has been mounted landscape rather than portrait. Otherwise, hard to tell what it’s for, at this point.

I guess that’s what it must be. How disappointing, I thought it was going to be something useful.

@transportrail, similar signs were placed at all the Route 200/207 bus stops when the July 2014 changes came through and consolidated the routes. However, instead of promoting 10 minute frequency (or better) all day, they only promoted 8 minute frequency from 7-9am and 4-7pm, suggesting off-peak frequencies were much worse.

@jsmesadams. Guess on 200/207 they didn’t want promote off peak due to the cuts

@Paul – if it has Yarra Trams on the screen, then I’m guessing it will be like the TramTracker screens installed at South Yarra and Flinders Street Station:

Yarra Trams started rolling them out back in early 2014:

I somewhat agree with the idea of some sign at the approach of the station.

Especially, for when I am going to catch a train, I will know if I have time to stop at the vending machine, or if I need to run.

If the sign says 1 or 2 minutes and I know I need to top up, I may as well say, ‘I have missed that one’ and relax.

[…] advertising at Caulfield station. It was nice to see them promoting the frequent service, but there was only one problem: it wasn’t true. The Smartbus serving Caulfield (route 900) […]