Another in my series of photos from ten years ago: July 2005.

A snowman at Lake Mountain — in fact I blogged about this day trip at the time. Hmm, haven’t been to the snow in a few years now. 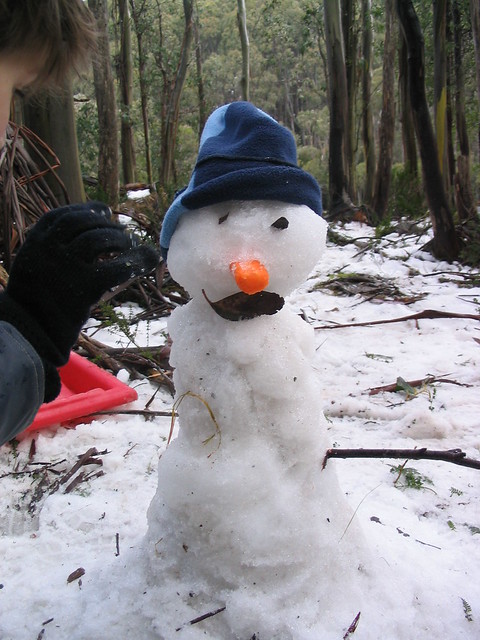 Centre Place, Melbourne. I think I snapped this with an eye to a new banner for my old web site. Unfortunately I don’t think I have any pics from the then-unremarkable northern end, where street art has since taken over. 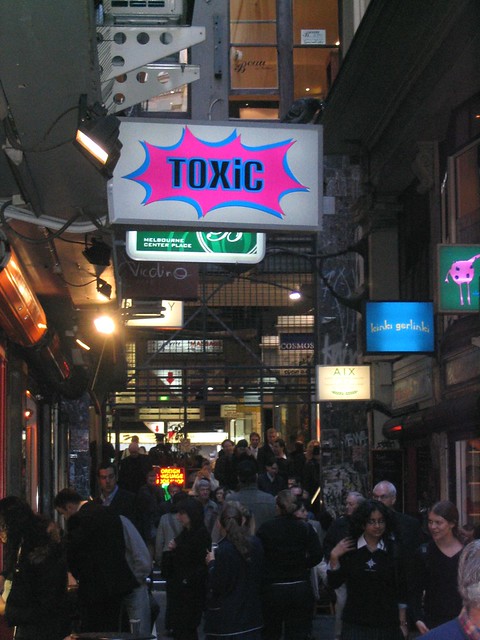 New Who, as the Doctor Who revival from 2005 has become known, had started a few months earlier, and these chalk artists had obviously got into the spirit, following up on their earlier classic Doctor art. More of their pavement art is on their web site. 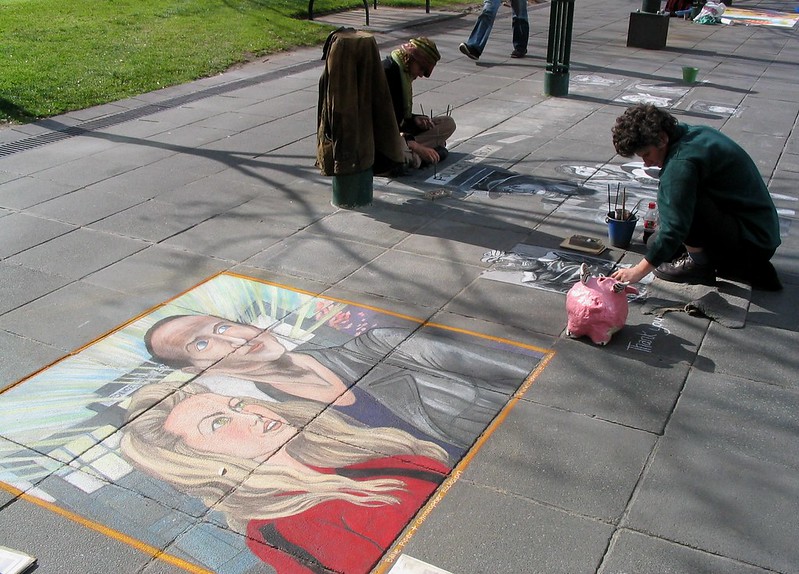 City skyline. In some ways not changed a lot I suspect. 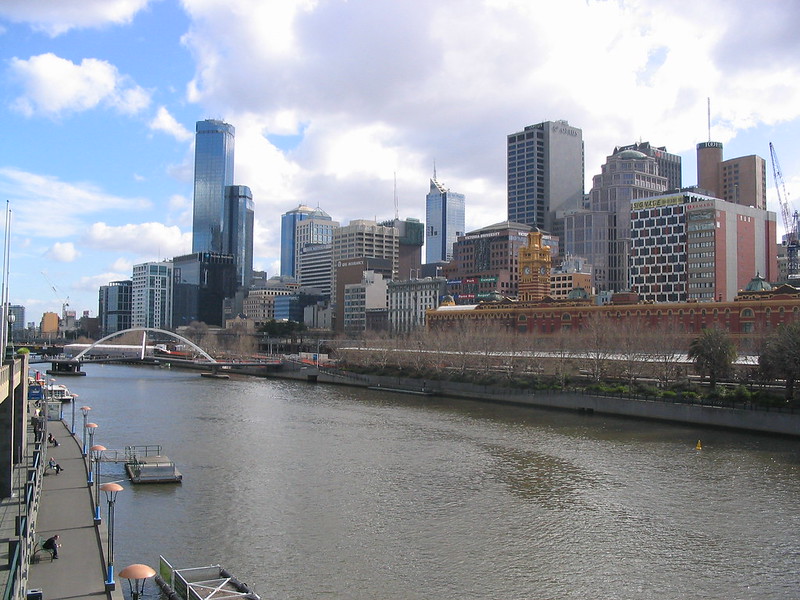 The skyline at the west end of the CBD has change a lot in the past decade – apartment towers have taken over Spencer Street, with Elizabeth Street at the north end being the same.

“Hmm, haven’t been to the snow in a few years now.”
I think it’s because your kids have grown up!

Interesting to see Centre Place back then. We often brunch at a place next to Kinki Gerlinki. Centre Place must be on tourist guide as a place to see grunge and graffiti, as so many pass through gazing around at the dirt.