The Trugo mural in Yarraville. I added this photo to the Wikipedia article on Trugo, which is a sport believed to have been invented by railway workers in the 1920s. this image from Google Streetview, by 2009 the mural had deteriorated a bit. When I went past recently, they seemed to have patched it up, which is good. I thought I had a snap of it, but I can’t find it. 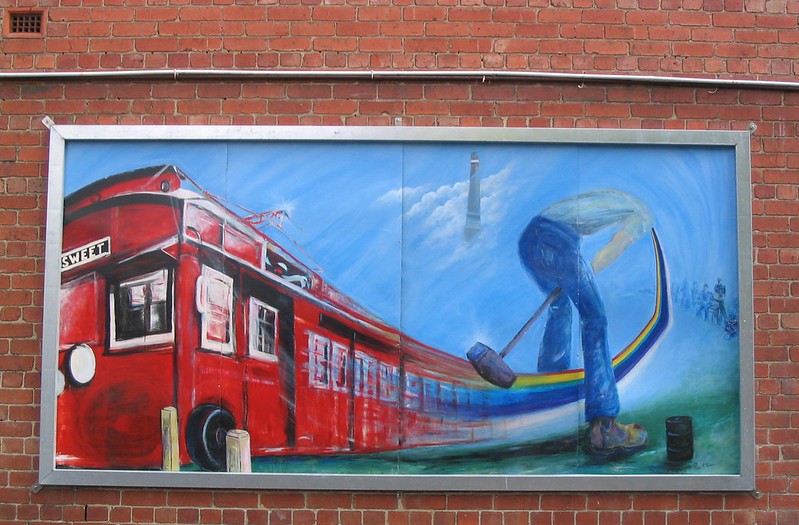 From time to time in the house in Carnegie that I lived in, this mysterious residue would appear, often around windows. I never figured out what it was, but I note with some alarm that occasionally something similar appears on one of the window ledges in my current house. It can’t be good, right? I’m not panicking though — I’ve got a guy coming in a few weeks to do some repair work; I’m sure he’ll sort it out. 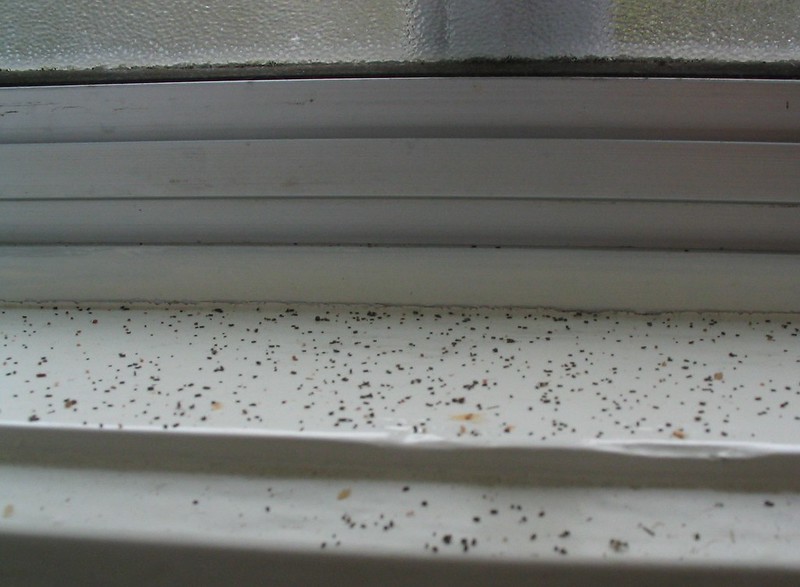 This looks to have been an attempt by Isaac to write Christmas cards to all of his classmates. I gather some school kids still do this. 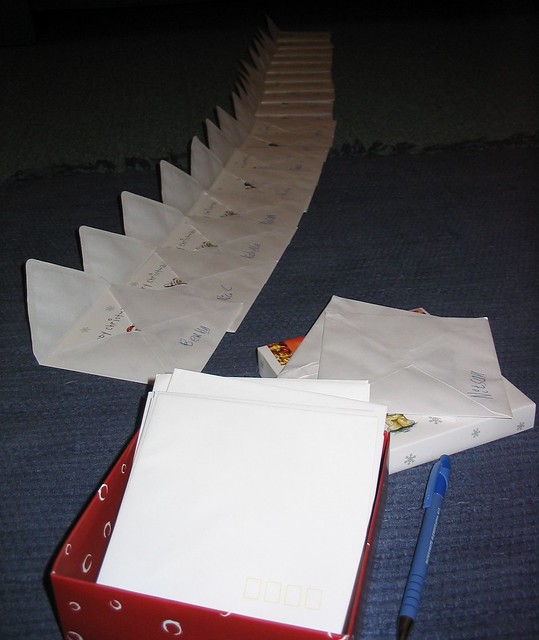 From a walk around Altona Beach with M and the dog. There were lots of flies… evidently I wasn’t having a good time with so many of them buzzing around. 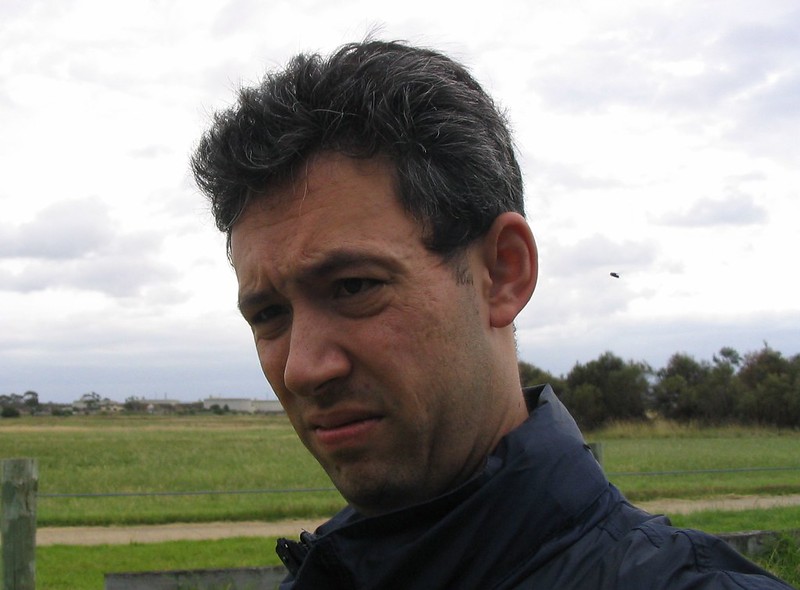 Another snap of Southern Cross Station under construction. This photo would have been taken from the south-east corner, at Collins/Spencer Streets. 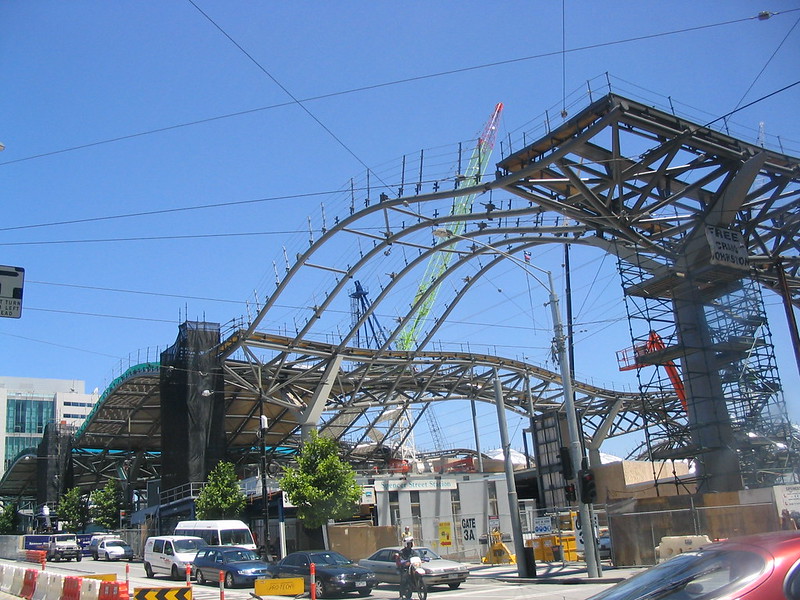 This is just a few weeks old, and is to wish everybody reading a very Merry Christmas and a Happy New Year… and an extra special thought to those who have lost someone dear to them recently. 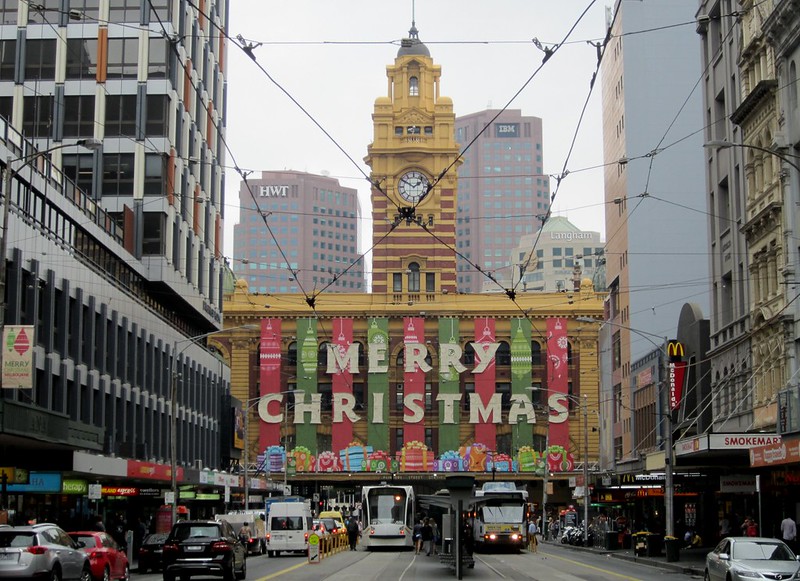 All the best to you and yours for Christmas and the New Year. Please say hi to M and J for us,
Tess and Dave

You were with M 10 years ago? Extraordinary. Not much to be said than how time flies. Merry Christmas to you and M, yours being the blog I have read from about 2000. That is quite a long time.

Before I begin, Merry Chirstmas to you Dan, and likewise to all who see this posting.

Ten years ago this month, the Southern Cross station was taking shape.

I somewhat prefer the new Southern Cross from the station that replaced it. Now we are somewhat protected from the weather extremes such as rain, heat and cold too thanks to that large roof. Unless you need to catch a V/Line train from one of the far ends ‘Still the same’.

What irony, I was playing the Bob Segar 45 of the same name only 10 minutes ago.

The old food court was a great idea, you could go and pick the foods you want, and sit out of the way, while still being inside the terminal.

Just about every shopping center around the country values their ‘food court’, but for some reason Southern Cross had the policy to remove it.

2014 is my 10th year of taking photos around town also. For some events I now have a significant record. I have contributed photos to RRR FM for a story on BBQ Day as it had been 10 years at the same venue. Also it was my 10th year going to Queenscliff Music Festival and I see people there I don’t get to see any other time of year. BoxWars at Caulfield Park today (Boxing Day) at 6pm

Be somewhat ironic if you had photos of the old Newcastle railway station of ten years ago.

Given that as of last night, Newcastle has lost their railway being closed last night.

Despite the fact that they have been caught out as acting on bribes, and a recent supreme court ruling which has ruled ‘the removal of the line is illegal’. It is still getting closed.

Possibly one of the very few countries that is actually going backwards on railway infrastructure.
Could you imagine Politicians saying lets close down the Westgate Freeway so we can have better access to the waterfront. Newcastle is not a small town it is a small city, its railway connects their CBD to the suburbs, the regions and Sydney, if it gets truncated it will not properly connect the CBD.