They say geek is the cool, right?

Geek central in Melbourne must be the corner of Elizabeth and Little Collins Streets.

Why? Because within a few metres are no less than three pop culture shops:

Firstly, there’s the Doctor Who “popup” (eg temporary, until January) shop. Actually it has Sherlock merchandise too, which probably makes it more of a Steven Moffat shop. 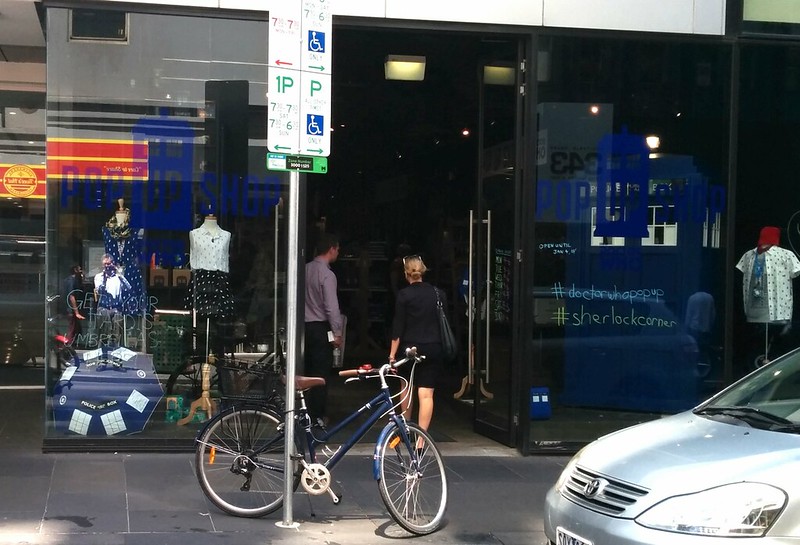 Secondly, a little further up Little Collins Street is this shop, which as far as I can tell, has no actual name. At least, none prominently on display. (Professor Google says it’s called “Critical Hit“.) 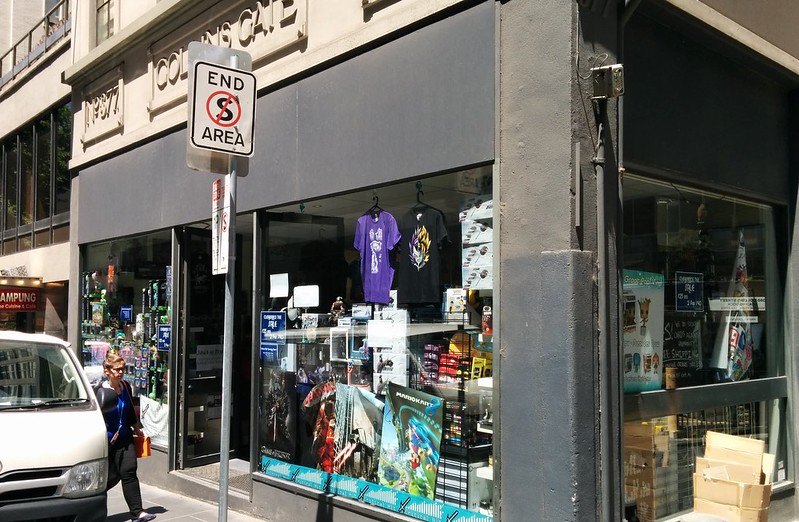 Thirdly, that old favourite, Minotaur. I used to shop there in the 80s when it was in Swanston Street. Then it moved to Bourke Street, and more recently(ish, well, probably 10+ years ago now) to Elizabeth Street — the former Melbourne Sports Depot, I think. 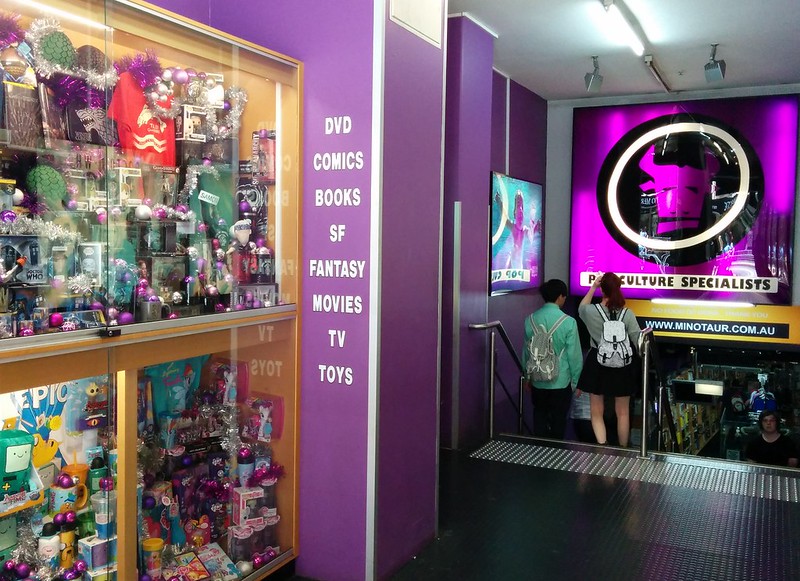 EBGames in Swanston Street (also a former Melbourne Sports Depot?) has opened a geek section in their basement.

The ABC Shop has moved to Emporium.

One reply on “Geek central, Melbourne”

Yeah, Melbourne Sports Depot in Swanston St closed down over 10 years ago.
I guess shops that sell trackie daks have moved to the outer suburbs (keep the bogans happy!) and paraphenalia/accessory outlets have taken their place.