As has been noted before, Olympic Doughnuts survived the rebuild of Footscray station. 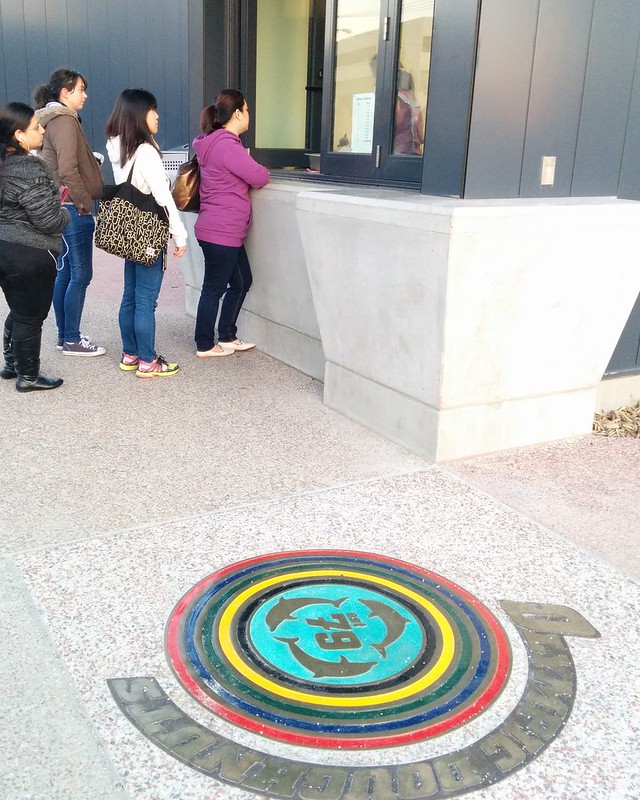 This was apparently so important that the Premier made special mention of it when the new facility opened:

I finally got to partake in one of their jammy delights on Friday.

Somebody must have decided (possibly because government was involved in providing the new booth) that the old trademark-defying logo (the Olympic rings, upside-down) had to be adapted into something else. They came up with something quite neat. 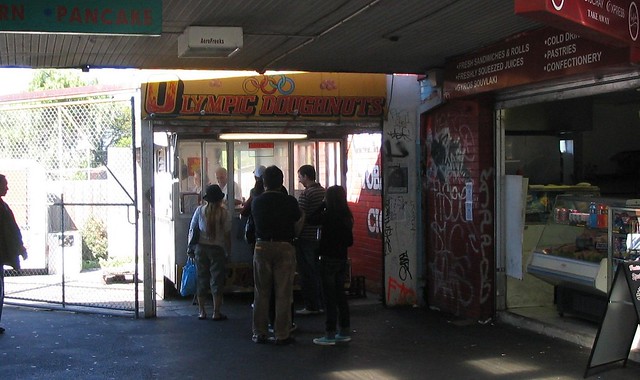 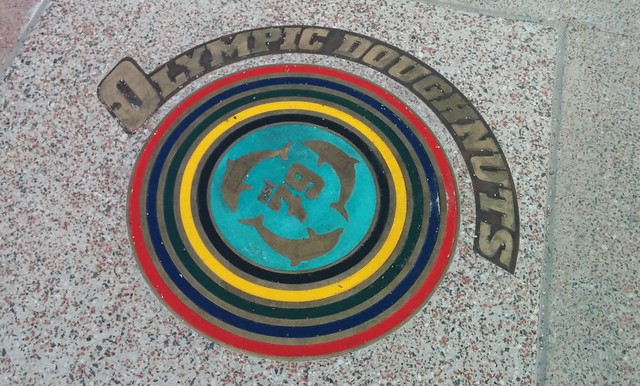 The new logo incorporates the Olympic rings, but in a less trademark-infringing way. The iconic dolphin, still used as the jam dispenser, is featured prominently. The date of establishment, 1979, is also worked into it.

Well done, whoever came up with this!

Shame the rest of the area is currently so windswept and desolate. Perhaps there is more development coming.

(Eagle-eyed customers may note that in the rear of the shop, behind a half-open door, the old sign is still sitting at the back.)

What a great story with a good result! Looking at the original photo of the outlet, I’m not sure I find the location particularly attractive (scribbles all over the brick work). But I guess it had character.

As much as I’m happy the man and his institution remains, I’m always a little saddened when iconic older food establishments get revamped/renovated. It is a good sign of a quality product when there is a long cue pouring out of a run down old establishment. Much like Dinkum Pies before it’s major, and utterly bland, facelift about five or six years back; the place had so much more charm looking like a timewarp to the Melbourne of the 1960s. Alas, I fear the pies are not quite what they used to be either (although compared the the ubiquitous and awful Pie Face’s, they’re still incredible).