It takes a special kind of cunning to first nobble the National Broadband Network, that if fully implemented might have been able to reliably deliver realtime high-definition video into homes…

…and then cancel community television licences, and demand those stations go online instead. 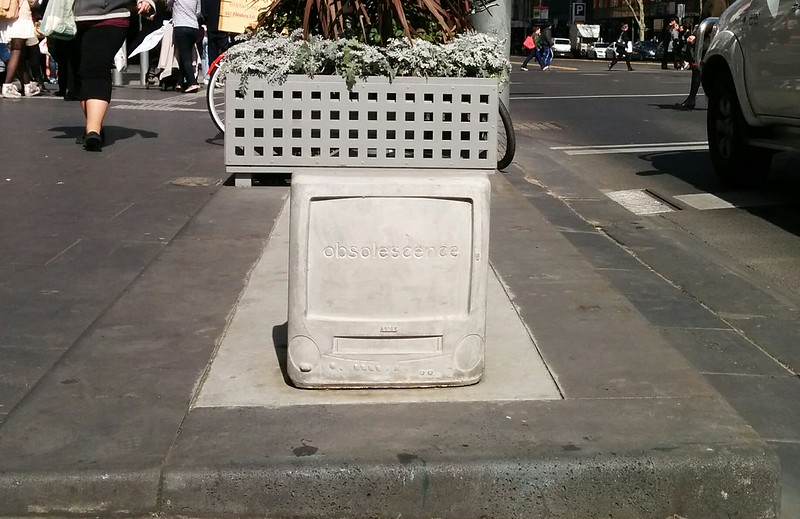 This seems like a bad idea in many ways, not the least of which is that many of the disenfranchised and elderly members of our society who might use community TV may be less likely to have good quality internet connections.

Community TV doesn’t just broadcast programmes and issues that can’t get an airing on mainstream channels, it’s also a training ground for talent, and to help that happen, the broadcasts need to be easily found. Having them on free-to-air helps achieve this. Even fewer would watch if they were a hidden needle in the YouTube haystack.

It’d be a crying shame if these stations around the country could no longer broadcast, while the apparently precious broadcast spectrum is used for multiple stations which just play ads all day every day (SpreeTV, TVSN, Fresh Ideas, Extra, Extra 2).

One proposal was that community TV could take over unused SBS channel 31. Great idea! Nope — the Government says No. Why on earth are they so keen to get these channels off air?!

5 replies on “Why does the government want to kill Community TV?”

Does the government give a subsidy to these organisations? Maybe the government is withdrawing funding and also selling the “space” on the band (spectrum?) to raise money too. If so, then it could be a commercial decision.
Probably in a few years everyone will watch TV via the internet and “TV channels” as such will be redundant. But that’s a few years away yet.

The transcript from Malcolm Turnbull’s keynote speech at last week’s Radcomms conference gives a few clues to the governments reasoning: http://www.malcolmturnbull.com.au/media/radcomms-2014-spectrum-in-the-age-of-digital-innovation. Basically, it looks like the short term plan is to use the spectrum to facilitate migration of the mainstream networks from MPEG-2 to MPEG-4. This, in turn, will free up more spectrum (and/or perhaps allow more HD broadcasting). Eventually the surplus spectrum will probably be sold, just as the spectrum previously used for analogue broadcasts was recently sold to Telstra and Optus to use for 4G mobile.

I’m not saying this is a valid reason or that community TV couldn’t be accommodated somewhere else on the spectrum. However, it doesn’t seem surprising for a government that is more interested in helping out big business and selling off assets than in helping out community-based organisations.

Community TV receives no government funding in order to operate its services.
There is no good reason why the Government cannot allow CTV to continue to operate, there are 5 shopping channels and a spare SBS channel wasting space on the spectrum that could be used for CTV.
Also if all the other channels are switching to the lower bandwidth MPEG-4 which will create more space in the available bandwidth, why can’t CTV also be allowed to exist by broadcasting in MPEG-4 within this space?

In my view, there needs to be support for ‘broadcast’ mediums.

Broadcast vs Internet, are similar to public transport v the private car.

Each internet connection requires a ‘one on one’ connection, including the dedicated use of ‘a lane of copper’ all the way along. Two viewers shall require two dedicated lanes of copper or fibre optics, and so on. Whereas a broadcast is one signal, that one lane of copper would serve each and every user who seeks to use it.

I also support the right of smaller operators such as CH31 in being able to ‘broadcast’ as they are currently doing.

SBS 31 is not wasted, it doesn’t consume any transmitter bandwidth. If it was used, the quality of the other channels on the same transmitter (ie SBS 1, SBS 2, NITV) would have to be reduced to make space.